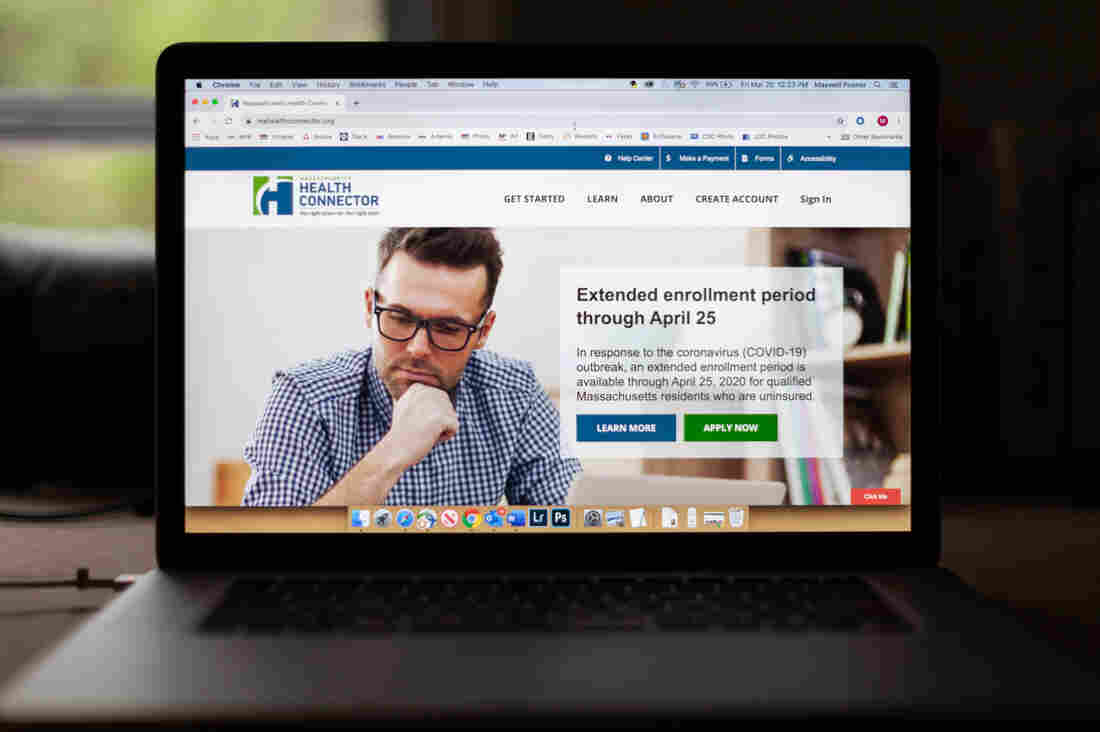 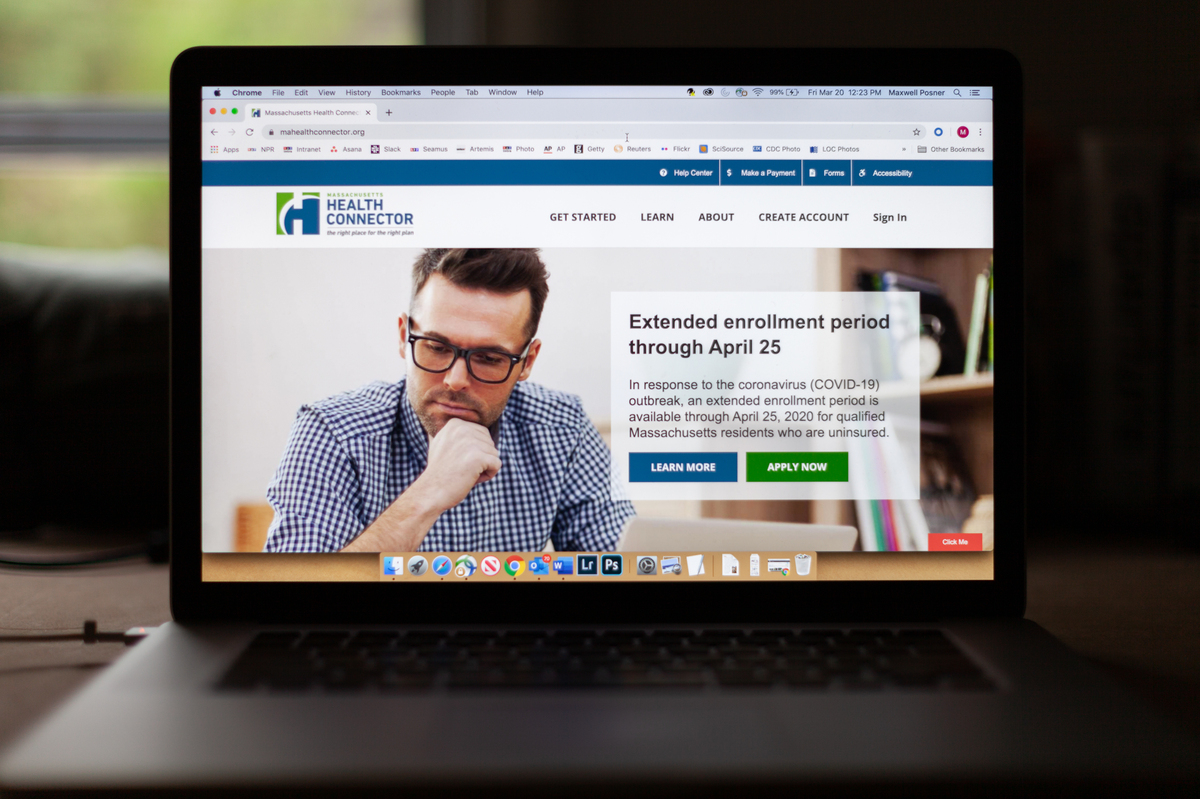 An expanding number of state health exchanges are reopening enrollment this month to help uninsured residents gain coverage during the COVID-19 pandemic.

At least nine U.S. states are offering their uninsured residents another opportunity to sign up for a health plan this year as they seek new ways to fight the novel coronavirus pandemic.

The states have reopened their health insurance exchanges this month to help ease consumers' concerns about the cost of health care so that the sick will not be deterred from seeking medical attention. Patients need care for various health needs, regardless of their ability to pay, the rationale goes. And, on the public health side, uninsured patients who are avoiding needed medical care and get infected with the virus are more likely to inadvertently spread it.

The states that have recently reopened exchanges — Colorado, Connecticut, Maryland, Massachusetts, Nevada, New York, Rhode Island, and Washington — have more flexibility than most states to create a special enrollment period because they run their own health exchanges.

Michael Marchand, chief marketing officer for the Washington Health Benefit Exchange in Washington state, says uninsured residents who don't get tested for the novel coronavirus because of the fear of the costs of testing and treatment would represent an "extremely weak link in the response chain and would make things much worse."

"The bottom line is, in a pandemic situation, your response will only be as strong as the most vulnerable link in the chain," he says.

As of 3 p.m. ET Friday, more than 16,000 cases of COVID-19 — the disease caused by the virus — have been identified in the United States and more than 200 people have died, according to Johns Hopkins University researchers.

Nearly 28 million people in the United States do not have health insurance.

In most of the nine states updating their policies, people enrolling now will get health insurance coverage that starts April 1.

The federal government, which runs the marketplaces for 32 states on healthcare.gov, has not made a similar offer.

Twenty-five senators sent a letter to the Department of Health and Human Services on March 12, urging them to give consumers who rely on HealthCare.gov a special opportunity to enroll.

"It is imperative for patients to receive covered care, regardless of whether they test positive or negative for the virus," the letter said.

In a statement, the Centers for Medicare & Medicaid Services, which runs the federal marketplace, says it is not offering a special enrollment period, but continues to evaluate options in light of the coronavirus outbreak. It encouraged people to check whether they qualify for a special enrollment period for other reasons, like a job loss that ends their health coverage.

All consumers are allowed to sign up for insurance anytime if they meet certain qualifying conditions, such as losing health coverage, getting married or having a baby.

Seth Merritt says he enrolled in a health plan Thursday in Providence, R.I, after losing his job as a bartender when the brewpub closed because of concerns about the spread of the virus.

He's 42 and was uninsured and says he didn't want to deal with medical expense concerns if he contracted COVID-19.

The night he lost his job, Merritt says, he went online to sign up for a plan and he was enrolled the next morning.

Details of the special open enrollment period vary. Some states, like Nevada and Maryland, are making coverage available to people without insurance and those with short-term health insurance that does not offer comprehensive benefits. Massachusetts and Washington, on the other hand, allow enrollments only for people who have no coverage.

The response, state officials say, has been positive. In Rhode Island, nearly 175 people signed up for a plan within the first 72 hours of the special enrollment period, says Lindsay Lang, director of the state's exchange. Michele Eberle, executive director of Maryland's health exchange, says more than 1,500 people enrolled in 48 hours. Washington has had 2,970 applications, and 530 people have been enrolled.

"There are things beyond our control that may happen, such as the coronavirus," says Eberle, "and it's really helpful to have that peace of mind — such as health insurance."

Renata Marinaro works with a population whose health insurance status is volatile even under ordinary circumstances: employees in the entertainment industry.

As the national director of health services for the Actors Fund, a nonprofit that offers support services for professional entertainers, Marinaro has seen requests for help skyrocket over the past week as businesses that employ artists are closing. Of the 2,000 calls the organization has received, she says, many are looking for financial help. But insurance is a major concern, too. Because many in the industry face inconsistent work hours and income, she says, they tend to switch plans often, or go without coverage.

"We see them moving in and out of many different types of insurance — public and private," says Marinaro. She says she fears more upheaval ahead.

Whether driven by unemployment or the virus, the demand for health insurance during the special enrollment period could pose a financial risk for insurers in these states, says Sabrina Corlette, a research professor and co-director of the Center on Health Insurance Reforms at Georgetown University. Insurers rely on covering a stable number of people — or risk pool — to calculate how much to charge for health coverage.

A run on health coverage now — after insurers have set prices for plans — could lead to insurers paying out more to cover the sick than they take in.

"The rules of the game changed on them in the middle of the plan year," says Corlette.

Requests to the Association of Health Insurance Plans, an industry trade group, for comment on the states' efforts were not returned.

State officials say insurers have been supportive of the move to create a special enrollment period to respond to COVID-19. Nevada has taken steps to mitigate the risk to insurers by barring new sign-ups by people who lost insurance because they did not pay for their plan on time, says Heather Korbulic, executive director of the state's exchange. But those people can try to work with directly with their insurer to resume coverage.

Despite the gamble for insurers, state officials say they don't view reopening the exchanges as rewarding residents who ignored regular enrollment efforts. Offering the uninsured a second chance to get coverage may translate to healthier, younger people buying plans and offsetting the costs of the sick, some say.

However, only time will tell whether the healthy or sick will sign up, says Dr. Charlene Wong, a pediatrician and health care researcher at Duke University.

"It's hard to know how people are going to behave right now," Wong says, "because it's an unusual time."