Accessibility links
Rural Hospital CEOs Clamor For Federal Cash Infusion To Keep Doors Open In Pandemic : Shots - Health News About half of U.S. rural hospitals operate in the red on a good day. Now facing a pandemic, hospital CEOs warn that, without federal help, their doors may close when the community most needs them. 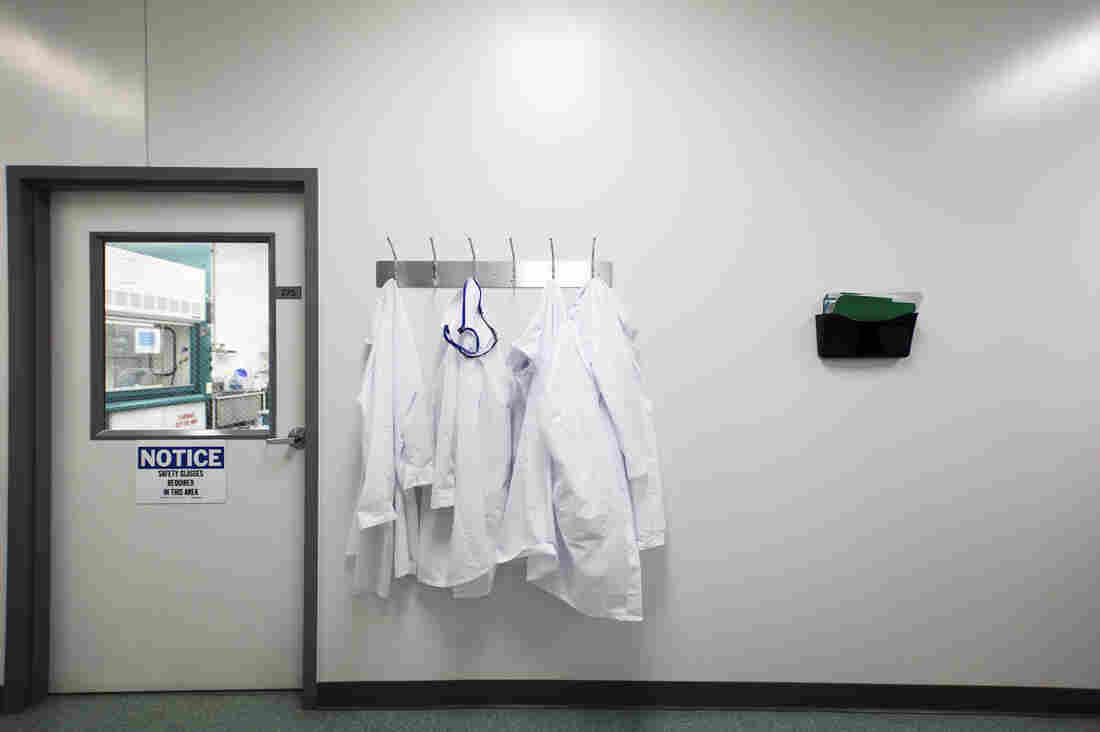 "If we're not able to address the short-term cash needs of rural hospitals, we're going to see hundreds ... close before this crisis ends," warns the head of the National Rural Hospital Association. "This is not hyperbole." Cavan Images/Getty Images hide caption 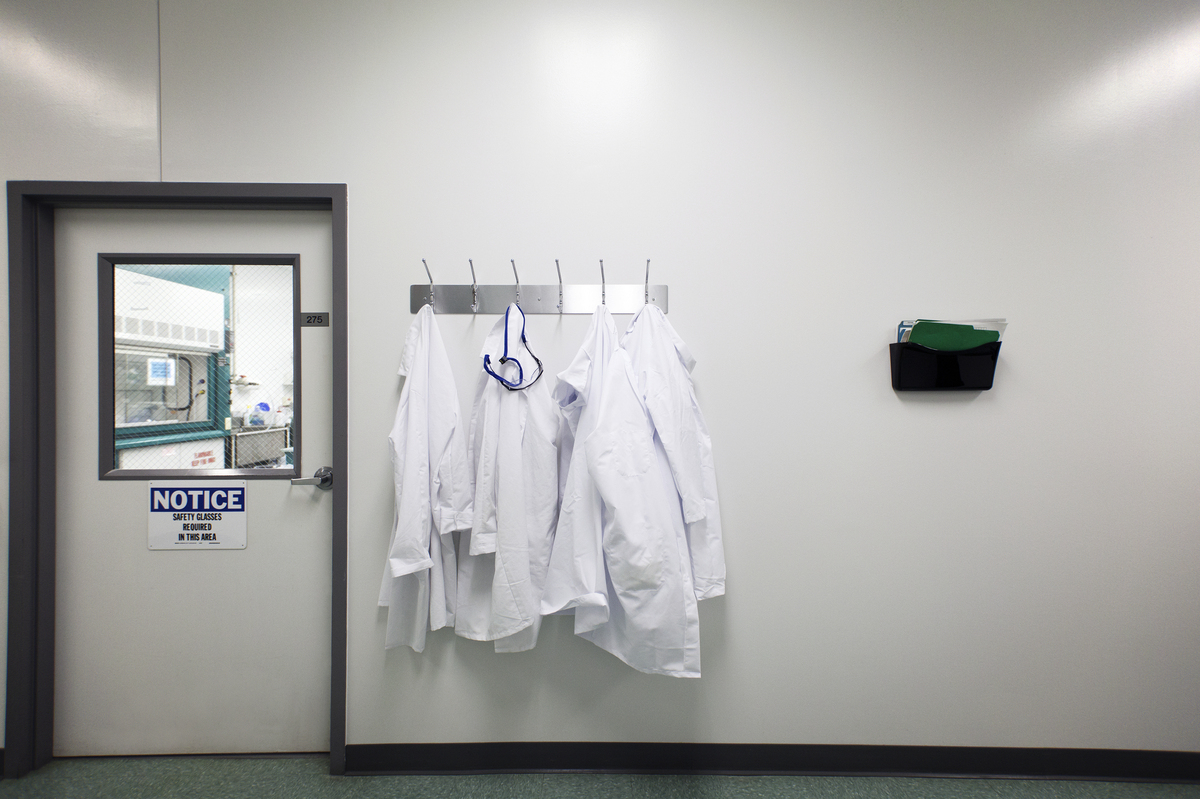 "If we're not able to address the short-term cash needs of rural hospitals, we're going to see hundreds ... close before this crisis ends," warns the head of the National Rural Hospital Association. "This is not hyperbole."

Rural hospitals may not be able to keep their doors open as the coronavirus pandemic saps their cash, their CEOs warn, just as communities most need them.

As the coronavirus sweeps across the United States, all hospitals are facing cancellations of doctor visits and procedures by a terrified populace — profitable services that usually help fund hospitals. Meanwhile, the institutions also find themselves needing to pay higher prices for personal protective equipment such as face masks and other gear that's in short supply. Vice President Mike Pence called on hospitals nationwide Wednesday to delay elective surgeries to free up capacity and resources for future coronavirus patients.

"If we're not able to address the short-term cash needs of rural hospitals, we're going to see hundreds of rural hospitals close before this crisis ends," warned Alan Morgan, the head of the National Rural Health Association, which represents 21,000 health care providers and hospitals. "This is not hyperbole."

Well before the COVID-19 threat, rural health care's profitability had collapsed nationwide due to a combination of narrowing Medicare reimbursements, a larger share of patients lacking high-paying private insurance and the hollowing out of rural America. Given such pressures, more than 120 rural hospitals have been forced to close over the past decade.

Those hospitals in small-town America that have survived rely heavily on moneymakers such as elective surgeries, physical therapy and lab tests to make their razor-thin margins work. But, according to the Chicago-based Chartis Center for Rural Health, almost half of them still operate in the red.

So the added financial hit from the coronavirus outbreak could be the final straw for many rural hospitals — exposing the complicated business dynamics at play within the United States' critical public health infrastructure.

"This virus, and what it is causing for these hospitals, is the perfect storm that will close these hospitals at a time this country critically needs them," says Robin Rau, CEO of Miller County Hospital in southwestern Georgia. "This is going to be the death blow to them."

Two weeks ago, she started eliminating all medical services that were not urgent. She estimates that has cut off at least half of the hospital's revenue. Other CEOs warned similar cuts at their hospitals mean they won't make payroll in the coming weeks.

The National Rural Health Association, along with many rural hospital executives, is lobbying for immediate cash assistance, no-interest loans, Medicare reimbursement adjustments and other suggestions to alleviate the pain. The association favors a bailout plan from Sens. John Barrasso, R-Wyo., and Michael Bennet, D-Colo., which in early drafts called for the equivalent of a three-month advance based on hospitals' previous patient numbers, according to Bennet's office.

"Rural hospitals have already been closing their doors at startling rates, and this crisis will only exacerbate that fact," Bennet tells KHN in a written statement. "There is an incredible opportunity for rural hospitals to shoulder some of the burdens of caring for patients and helping to meet possible bed shortages."

Still, many rural hospital CEOs worry any assistance may come too late.

"And yet I hear they're going to bail out the cruise lines? Really?" Missouri's Scotland County Hospital CEO Dr. Randy Tobler says.

As Tobler looks at his older, sicker, underinsured patient population, he says he is afraid the hospital, located on the state's northeastern rural border, might last only until May before running out of money for payroll.

"In the truly safety-net areas, we're being called to high duty," he says. "And we're running on fumes."

Michael Purvis, CEO of Candler County Hospital in Metter, Ga., says he's already fallen into a negative cash flow situation in the past week. The number of patients coming to his hospital, which is about 65 miles outside Savannah, for profitable outpatient procedures has dropped by half as people in droves have canceled their surgeries, MRIs and physical therapy. Purvis has implemented fever checks of people at the entrance. But he remains fearful that his billing staff could be forced to quarantine themselves if they fall ill — effectively shutting off the hospital's revenue.

"If my billers and coders stay healthy, I can make it to April, maybe end of June," Purvis says.

On top of the massive loss of revenue, Julie Jones, CEO at Community Hospital-Fairfax in northwestern Missouri, says she can only get specialty N95 respirator masks that offer critical protection for her front-line providers for about $5 each — more than 16 times the normal cost of 30 cents.

Angela Ammons, CEO of Clinch Memorial Hospital in Homerville, Ga., says she has warned staff that if hand sanitizer and disinfecting wipes continue to go missing, she'll watch the video footage and fire on the spot anyone caught stealing supplies. And she is so worried about running out of protective equipment, she's asking any of her "crafty" staff with sewing machines to sew cotton masks.

"I would rather staff go in with a fabric mask than no mask at all," she says.

To be sure, rural hospitals are not as equipped as larger hospital systems to handle the most serious coronavirus cases. Many are not outfitted with ICUs or enough doctors and staff to handle multiple intensive care patients. That means they have to transfer those patients to larger hospitals.

Still, rural experts argue that their bed and health care capacity can be leveraged to keep potential coronavirus cases out of the major hospitals. Plus, rural facilities could be places for initial triage or eventual recovery care.

And if nothing changes, Rau worries, the country is about to lose this critical public health infrastructure.

"We can talk all we want about the cost of health care in this country in this ridiculous health care system we have," she says. "But at a time like this, who for a minute would think about getting rid of rural hospitals?"

An earlier version of this story misstated Angela Ammons' first name as Ashley.