Accessibility links
Remdesivir Gets Rare Disease Perks From FDA : Shots - Health News Gilead Science's remdesivir, an antiviral medicine being tested for treatment of COVID-19, would get a seven-year monopoly if approved by the Food and Drug Administration. 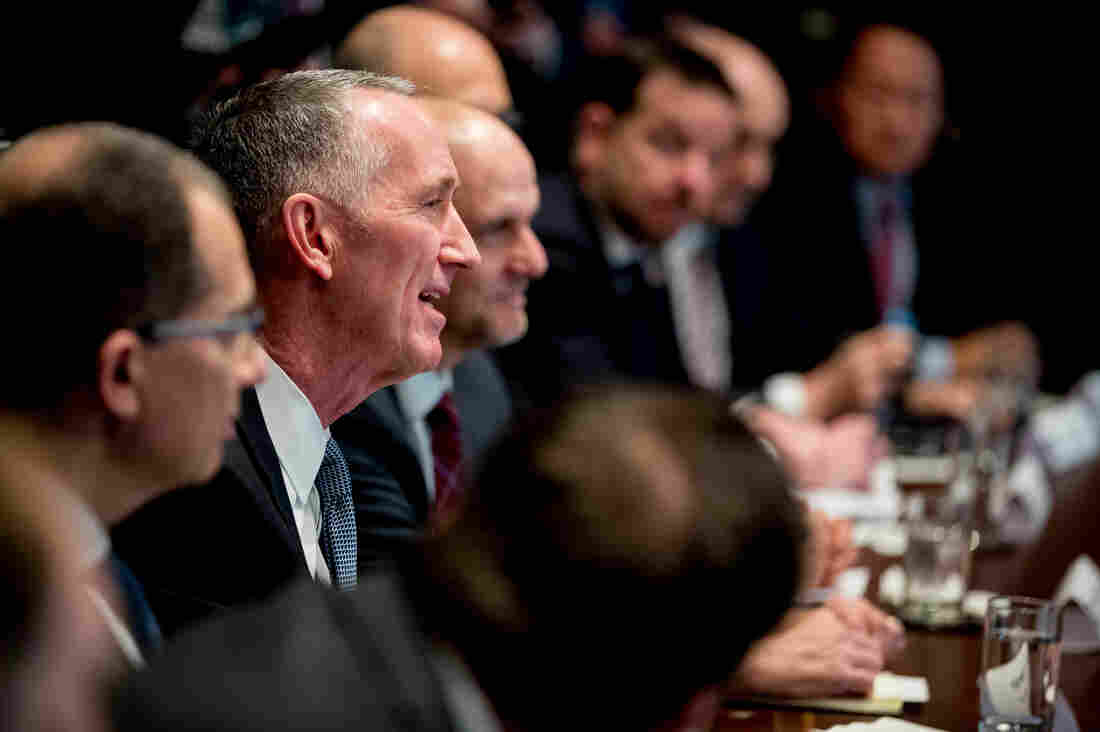 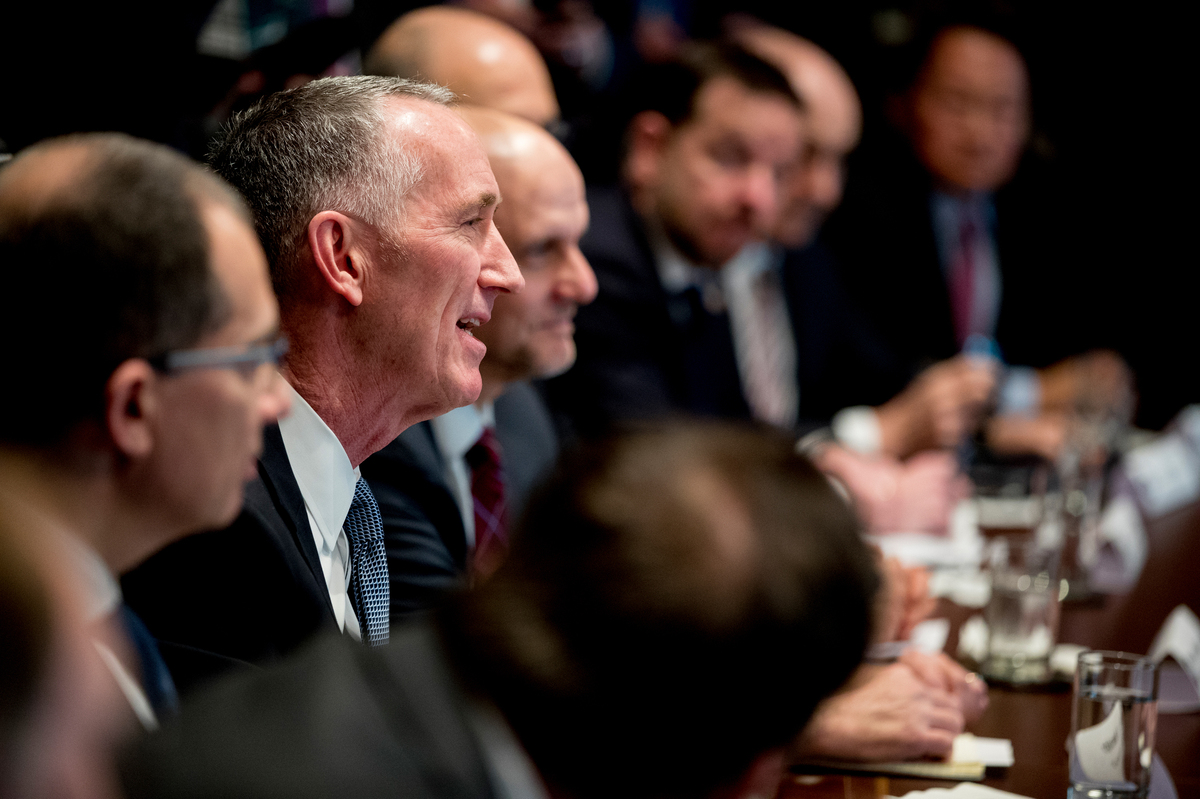 To qualify for an orphan designation, drug companies must show that their product will treat a population of fewer than 200,000 patients or that it would be unprofitable.

With more than 52,000 confirmed U.S. cases of COVID-19 reported as of Tuesday afternoon, the illness is under the technical threshold for a rare disease. But cases are rising quickly and it seems inevitable that they will surpass 200,000.

The agency's decision would provide lucrative incentives to the drug's maker, Gilead Sciences, and could keep lower-priced generic versions of the medicine off the market for several years if remdesivir is approved for use, public health advocates say.

Remdesivir is an intravenous, antiviral medicine that is being studied in clinical trials around the world as a possible treatment for COVID-19.

Clinical trials for remdesivir as a COVID-19 treatment got started in China in early February. Tests of the drug are now enrolling patients elsewhere, including the United States.

The FDA's granting of orphan status for remdesivir as a treatment for COVID-19 came with financial incentives for Gilead that include tax breaks, waiver of FDA fees and market exclusivity for seven years if the drug is approved. New drug molecules typically only get five years of this exclusivity.

"FDA should not provide long-term financial incentives for a treatment that would be very widely used if it works," said Diana Zuckerman, who heads the National Center for Health Research, a consumer advocacy and research organization. The goal of the orphan drug program is to "make it more lucrative for a company to develop a treatment that won't have a lot of customers."

With more than 50,000 confirmed U.S. cases of COVID-19 reported as of Tuesday afternoon, the disease is under the technical threshold for a rare disease. The law states that the number of patients must be fewer than 200,000 "at the time of the submission of the request for orphan-drug designation."

The FDA told NPR that this is why remdesivir was given orphan status this week, adding that it met the "standard criteria for prevalence for designation."

In an emailed statement, a Gilead spokesperson wrote that when it sought the orphan designation, "only a small number of Americans were affected by COVID-19." A company spokesperson declined to say when this was. The drug company said it "has been making significant at-risk investments" to study remdesivir and increase its supply during the global health emergency.

If remdesivir is approved, Gilead's statement said, "we are committed to making the medicine both accessible and affordable to governments and patients around the world."

Advocates voiced concern that the FDA's decision paves the way for Gilead to charge a high price for remdesivir. Many orphan drugs are among the most expensive medications in the United States, in part because generic competitors are delayed.

"Gilead's pursuit of an orphan designation is unconscionable and could be deeply harmful," Peter Maybarduk, who directs Public Citizen's access to medicines program, wrote in a statement. "Remdesivir is one of relatively few medicines that may prove effective in treating COVID-19 this year. The government should be urgently concerned with its affordability for citizens."

Earlier this month, Public Citizen and 70 other organizations co-authored a letter to President Trump, urging his administration not to award monopolies to pharmaceutical companies working on COVID-19 vaccines and cures. The letter cited Public Citizen's report, which found that taxpayers had already spent $700 million on pharmaceutical research and development for coronaviruses since 2002.

During a congressional hearing in late February, Department of Health and Human Services Secretary Alex Azar declined to promise that coronavirus treatments would be affordable.

"We can't control that price because we need the private sector to invest," he said during the hearing with the House Committee on Energy and Commerce.

The decision to award remdesivir orphan designation as a treatment for COVID-19 also puzzled Ken Kaitin, who directs the Tufts Center for the Study of Drug Development. If the FDA's goal was to speed development, he said it could do that in other ways.

"I could see that Gilead would like that," Kaitin said of the orphan drug tax breaks and promise of seven years without generic competitors. "But at the same time, it's hard to imagine the FDA would say, OK, we're going to call it an orphan drug even though it's not [rare.]' "

The Government Accountability Office finished a yearlong investigation of the FDA's orphan drug program in 2018. It found that the agency wasn't always ensuring that the intent of the Orphan Drug Act was being met. Instead, FDA reviews that determined orphan designation were often inconsistent and incomplete.

The GAO report followed a Kaiser Health News investigation into manipulation of the orphan drug program that showed that many pharmaceuticals that received rare disease perks started off as blockbuster products with millions of customers.

Still, the National Organization for Rare Disorders, a patient advocacy group, said remdesivir's designation follows the letter of the law.

"It is important to remember that, under the Orphan Drug Act, FDA must make designation decisions based on available data at the time the application is submitted," Rachel Sher, the group's vice president of policy and regulatory affairs, said in a statement provided to NPR.