Accessibility links
COVID-19 Hits Some Health Care Workers With Pay Cuts And Layoffs : Shots - Health News As the health industry focuses on COVID-19, there has been a big drop in nonurgent visits for primary care and specialty care. Medical practices are being forced to furlough or lay off staff. 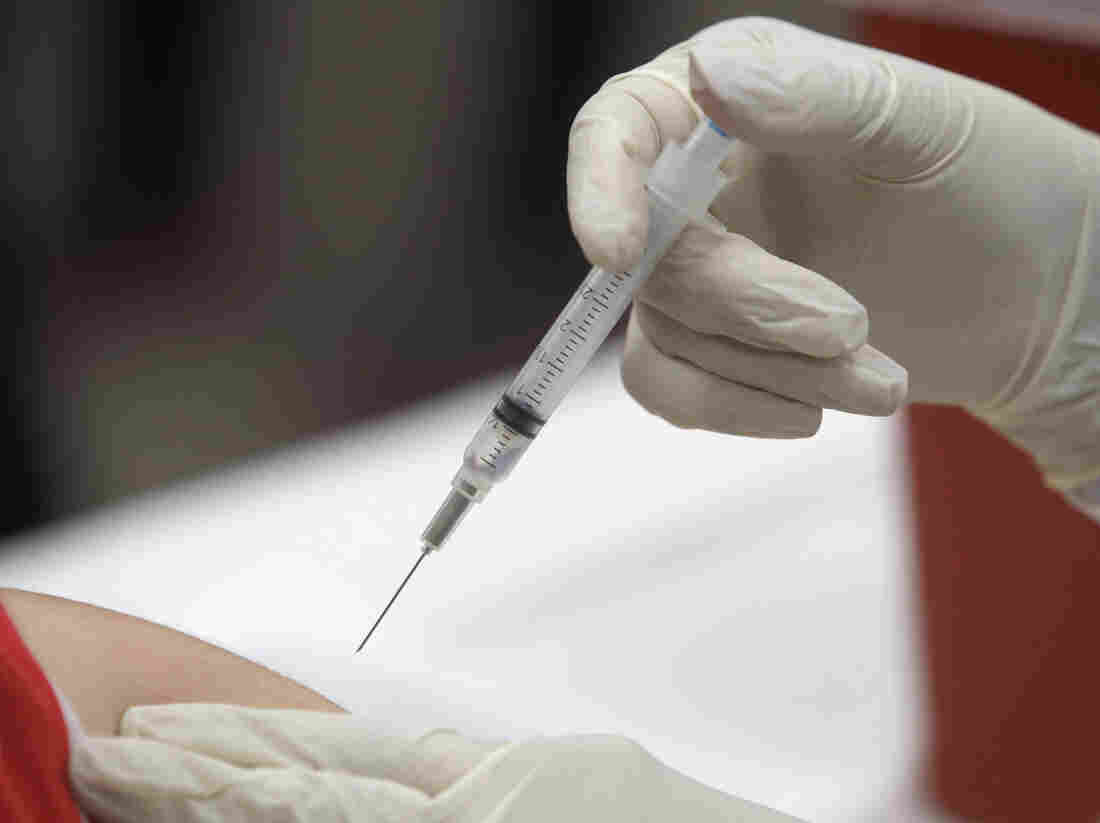 Amid the COVID-19 epidemic, there has been a steep drop in patients seeking nonurgent primary care and specialty care. LM Otero/AP hide caption 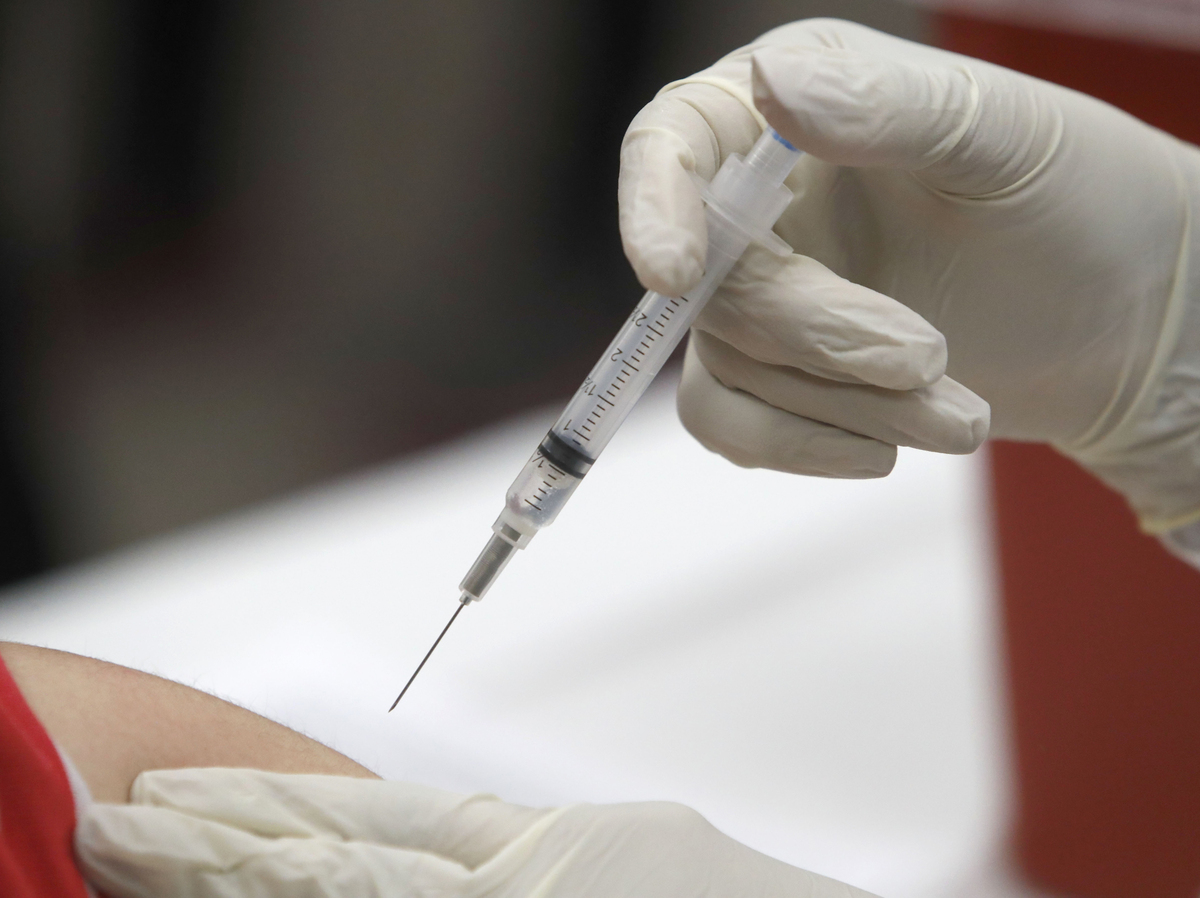 Amid the COVID-19 epidemic, there has been a steep drop in patients seeking nonurgent primary care and specialty care.

Just three weeks ago, Dr. Kathryn Davis worried about the novel coronavirus but not about how it might impact her group of five OB-GYNs who practice at a suburban hospital outside Boston.

Then two weeks ago, she watched her practice revenue drop 50% almost overnight after Massachusetts officials told doctors and hospitals to stop performing elective tests and procedures. For Davis, that meant no more nonurgent gynecological visits and screenings.

Late last week, as Davis and her partners absorbed the stunning turn of events, they devised a stop-gap plan. The 35 nurses, medical assistants and secretaries they employ would have two options: move from full time to part time or start collecting unemployment. Doctors in the practice would take a substantial pay cut. Davis says she's hearing from colleagues who may have to permanently close their offices if the focus on crisis-level care continues for months.

"It's shocking," she says. "Everyone has been blind-sided."

Atrius Health, the largest independent physician group in Massachusetts, says patient volume is down 75% since mid-March. It is temporarily closing offices, placing many nonclinical employees on furlough and withholding pay for those who remain. The average withholding is 20%, and the company pledges that pay withheld will be returned. The lowest-paid workers, those earning up to $55,000, are exempt.

"What we're trying to do is piece together a solution to get through the crisis and keep employed as many people as we can," said Atrius CEO Dr. Steve Strongwater.

Atrius cares for 745,000 patients in clinics that often include primary care, specialists, radiology and a pharmacy under one roof.

Strongwater said physician groups must be included when the federal government distributes $100 billion to hospitals from the $2 trillion stimulus package.

It's not clear whether that money will stop the tide of layoffs and lost pay at hospitals as well as in doctors' offices. A Harvard Medical School physicians group will suspend retirement contributions starting April 1. Beth Israel Lahey Health, the second-largest hospital network in Massachusetts, announced executive pay cuts on Thursday.

"The suspension of elective procedures and decline in visits to our primary care practices and urgent care centers have resulted in financial challenges," wrote the hospital network's CEO, Dr. Kevin Tabb, in an email to employees. Tabb will take a 50% salary cut. Other executives and hospital presidents in the system will forgo 20% of their salaries for the next three months.

"Although executive leadership compensation is being reduced, we will never compromise on doing the things that are essential to protect your safety and the safety of our patients," Tabb told staff.

Dallas-based Steward Health Care has told hospital employees in Massachusetts and the eight other states where it operates to expect furloughs focused on nonclinical staff.

In a statement, Steward Health Care said it prepared for the pandemic but is experiencing a "seismic financial shock."

"Elective surgeries are the cornerstone of our hospital system's operating model — and the negative impact due to the cancellations of these procedures cannot be overstated. In addition, patients are understandably cautious and choosing to defer any non-emergency treatments or routine visits until this crisis has passed."

Dr. Kaarkuzhali Babu Krishnamurthy, an assistant professor of neurology at Harvard Medical School who studies medical ethics, said employers need to think more carefully about the ethics of asking doctors and nurses to live on less when many are working longer hours and putting the health of their families at risk.

"At a time when health care systems are calling on doctors and nurses to do more, this is not the time to be making it more difficult to do that," said Krishnamurthy.

There is talk of redeploying laid-off health care workers to new COVID-19 units opening in shuttered hospitals or to new patient overflow sites. Tim Foley, executive vice president for the largest health care union in Massachusetts, is promoting development of a staff registry.

"It is more important, now more than ever, to explore all options to maintain the level of urgent care needed across the state and we look forward to working with all stakeholders to do just that," Foley said in an email.