Accessibility links
For Alzheimer's Patients And Their Families, Coronavirus Can Mean Loving From Afar : Shots - Health News Efforts to keep coronavirus out of care facilities has left many Alzheimer's patients isolated from their families. Online contact is often the best option but it's not the same as an in-person visit.

For Alzheimer's Patients And Their Families, Coronavirus Can Mean Loving From Afar

For Alzheimer's Patients And Their Families, Coronavirus Can Mean Loving From Afar 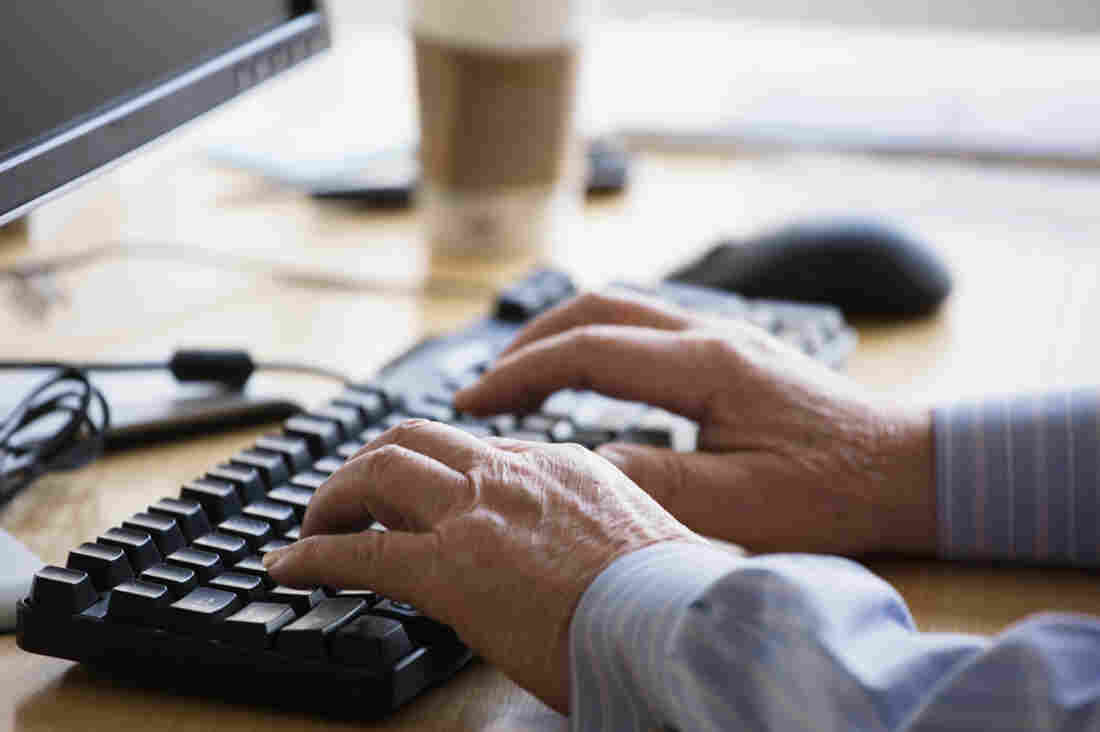 The threat of COVID-19 has meant seniors with Alzheimer's or other forms of dementia can't receive visitors at their care facilities. Online contact is sometimes the best option. Biggie Productions/Getty Images hide caption 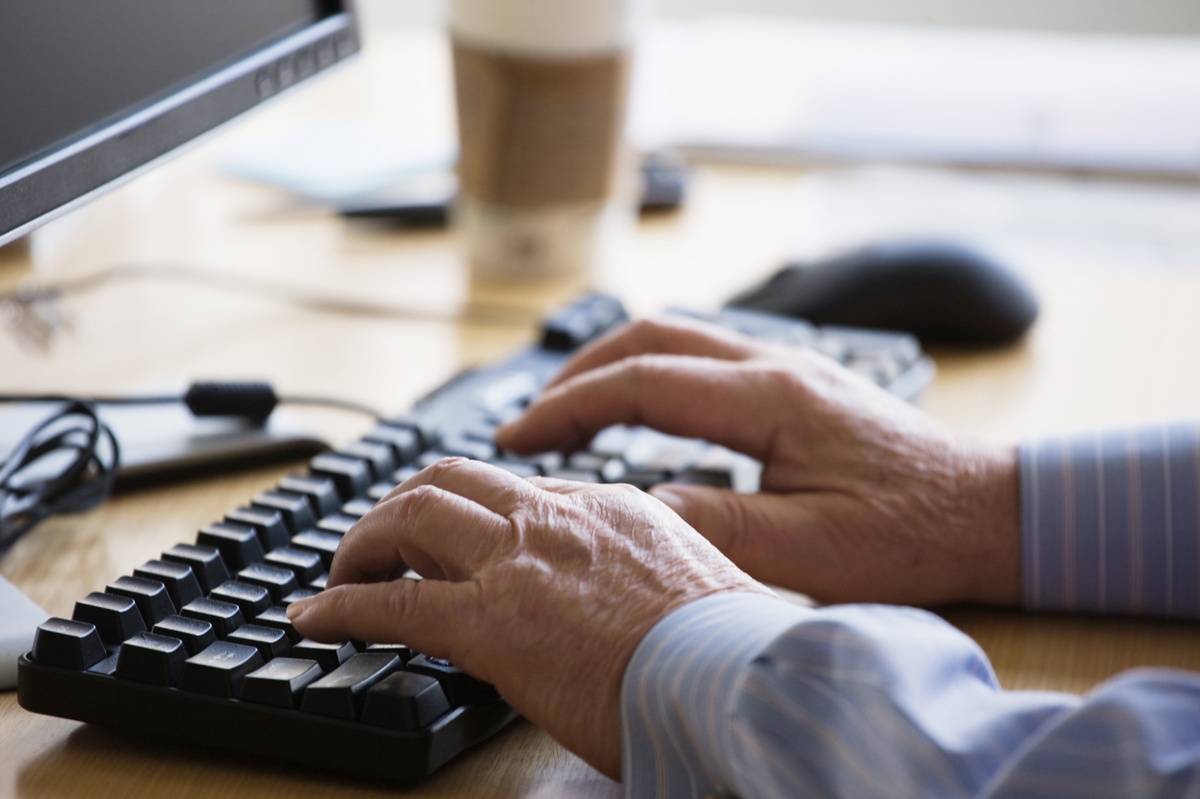 The threat of COVID-19 has meant seniors with Alzheimer's or other forms of dementia can't receive visitors at their care facilities. Online contact is sometimes the best option.

Before coronavirus, Ken Gregersen spent most days with his wife, Evie, who has Alzheimer's and lives in a care facility near Des Moines, Iowa.

"I would go and give her breakfast, lunch and dinner practically every day," Gregersen says. "We're a very close couple and we've been married 67 years."

Then the facility began restricting visits as part of an effort to protect its residents from coronavirus.

It's been nearly three weeks since Gregersen, 88, has seen his wife, who is in the late stages of Alzheimer's, in person.

Instead, he makes virtual visits two or three times a week, when a nurse has time to link the couple through FaceTime or Skype.

"She's at a point where she doesn't open her eyes or talk," Gregersen says. "But I hope she recognizes my voice when I talk to her." 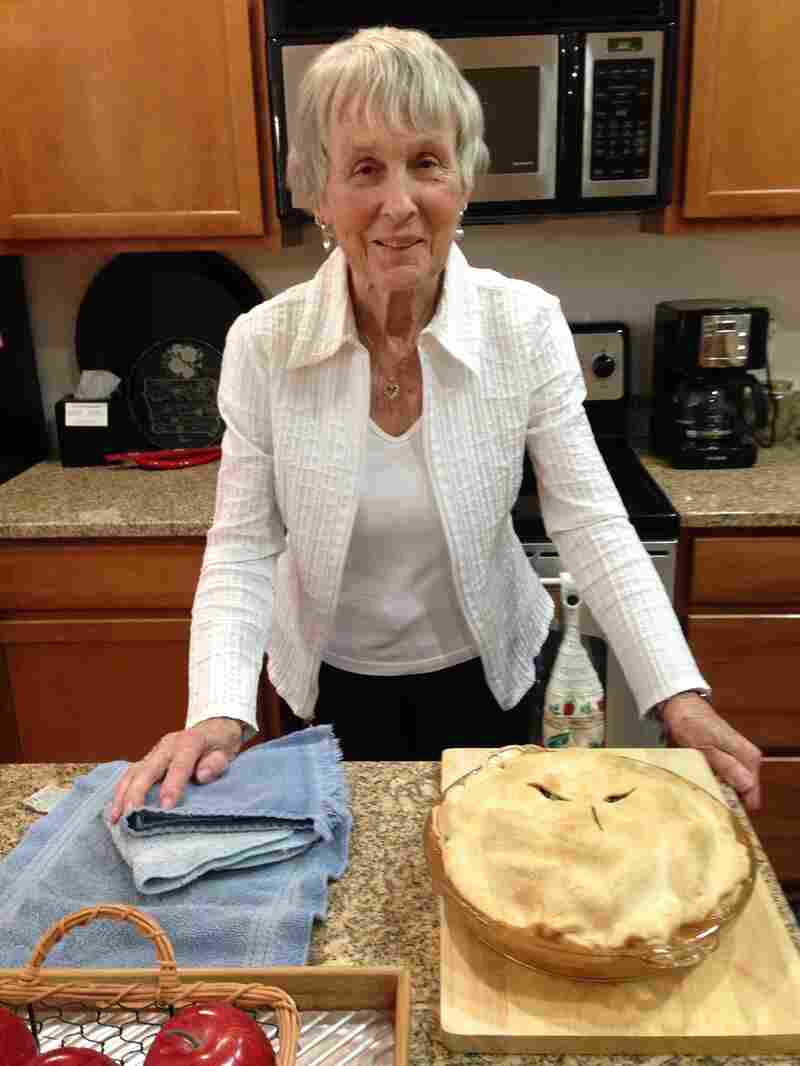 Evie Gregersen, who is in the late stages of Alzheimer's disease lives in a care facility near Des Moines, Iowa. Because of COVID-19, Evie's husband, Ken, can only see her a few times a week, when a nurse is able to connect them by Skype or Facebook. Ken Gregersen hide caption

As hard as the separation is, though, he supports the decision to keep visitors away.

"I would love to be able to be with her and see her and feed her and give her a hug," Gregersen says. "But we all are aware of what happened in the state of Washington, where the coronavirus was in a care facility and it caused a lot of deaths."

It's a conundrum faced by the families of more than 1 million people who have Alzheimer's or some other form of dementia and no longer live at home.

"We've gotten a lot of calls on our help line where people are unable to visit their family member who is living in an assisted living or in a nursing home, and it's really devastating to them," says Beth Kallmyer, vice president of care and support at the Alzheimer's Association. "And one of the things that we're telling them is, listen, this is for their safety and their health."

Alzheimer's itself does not make a person more susceptible to coronavirus. But because most patients are older than 65 and many have health problems like diabetes or heart disease, they are far more likely to die from the infection than younger, healthier people.

Also, Alzheimer's patients in care facilities have no way to completely isolate themselves from infection. They often depend on staff to help them bathe, get dressed, and eat.

Gregersen says that's true of his wife. "There will be people who are who are out in the world and then are around her," he says. "There's no way to isolate her from that risk."

The way Alzheimer's affects memory and thinking can impair a person's ability to protect themselves from infection, Kallmyer says. "Most of them would not understand the need for washing hands or other things to avoid the virus," she says.

So friends and family members should try to give Alzheimer's patients "the information that you think that they can take in," Kallmyer says. "And then just respond to them, you know, on an emotional level and make sure that you talk to them about you're gonna be OK."

The Alzheimer's Association is also urging families who can't visit anymore to communicate with the caregivers on site. And that's something Gregersen does regularly. "I know almost every caregiver there," he says, "the certified nursing assistants, the nurses and the food servers and so forth. We're on a first name basis."

Gregersen hopes to see his wife in person again. She's in the late stages of Alzheimer's and in hospice care.

But with coronavirus continuing to spread, he isn't sure when, or if, that will happen.