Accessibility links
Storytelling's Power To Connect Us, Shift Perspective And Spur Action : Shots - Health News The power of shared storytelling to soothe or spur us to action may be more crucial than ever, scientists say. Here's what happens in the brain when we feel swept away by a story, book or film. 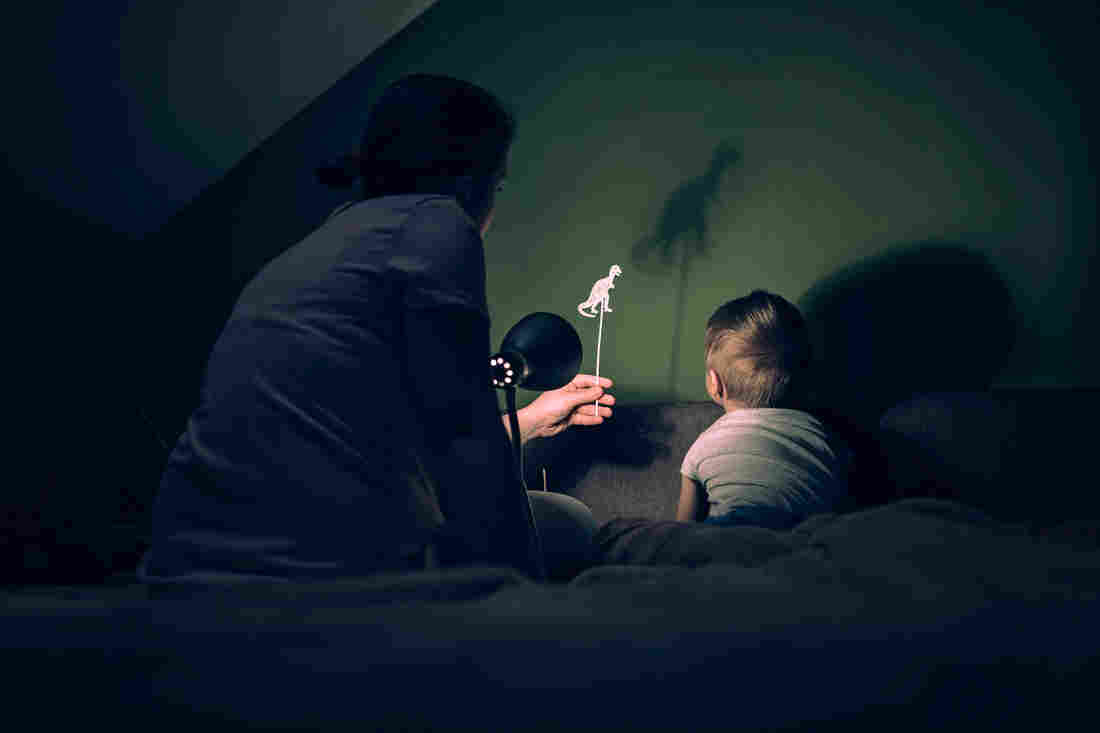 When you listen to a story, your brain waves actually start to synchronize with those of the storyteller. And reading a narrative activates brain regions involved in deciphering or imagining a person's motives and perspective, research has found. aywan88/Getty Images hide caption 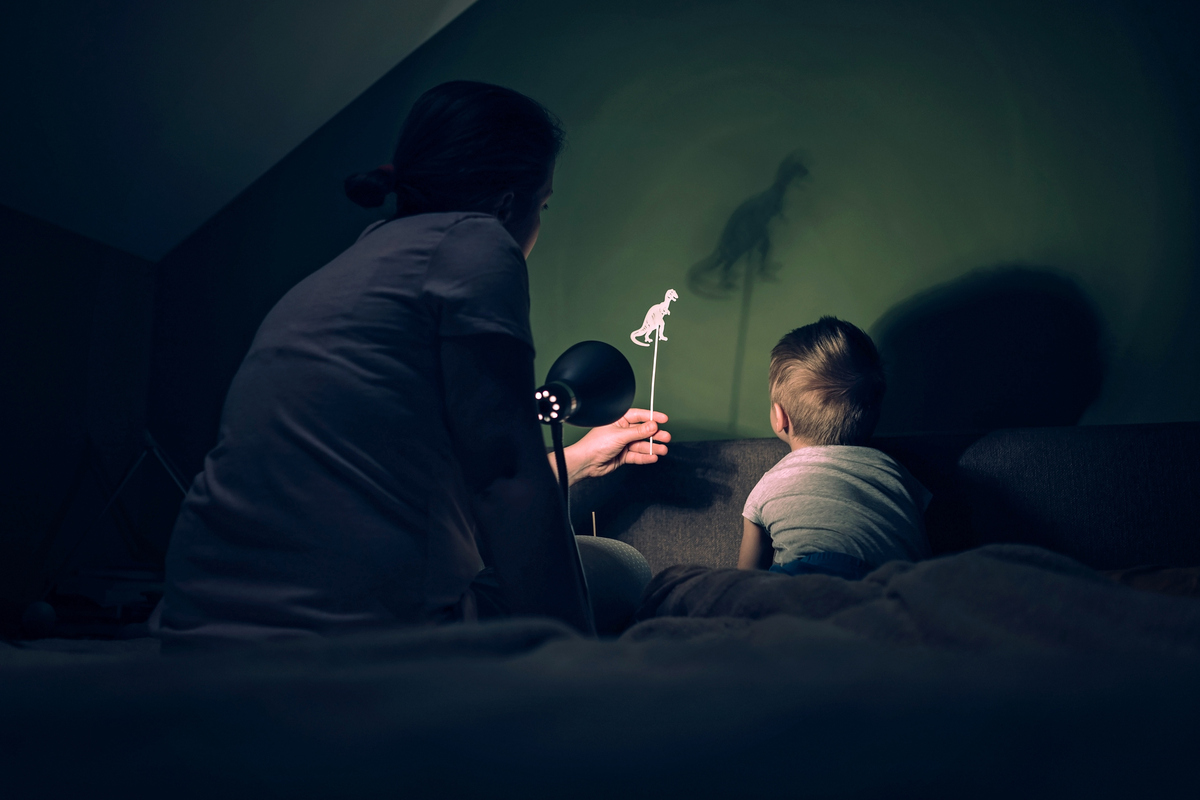 When you listen to a story, your brain waves actually start to synchronize with those of the storyteller. And reading a narrative activates brain regions involved in deciphering or imagining a person's motives and perspective, research has found.

When you listen to a story, whatever your age, you're transported mentally to another time and place — and who couldn't use that right now?

"We all know this delicious feeling of being swept into a story world," says Liz Neeley, who directs The Story Collider, a nonprofit production company that, in nonpandemic times, stages live events filled with personal stories about science. "You forget about your surroundings," she says, "and you're entirely immersed."

Depending on the story you're reading, watching or listening to, your palms may start to sweat, scientists find. You'll blink faster, and your heart might flutter or skip. Your facial expressions shift, and the muscles above your eyebrows will react to the words — another sign that you're engaged.

A growing body of brain science offers even more insight into what's behind these experiences.

PHOTOS: Life And Work Amid The Outbreak

Storytelling Helps Hospital Staff Discover The Person Within The Patient

On functional MRI scans, many different areas of the brain light up when someone is listening to a narrative, Neeley says — not only the networks involved in language processing, but other neural circuits, too. One study of listeners found that the brain networks that process emotions arising from sounds — along with areas involved in movement — were activated, especially during the emotional parts of the story.

As you hear a story unfold, your brain waves actually start to synchronize with those of the storyteller, says Uri Hasson, professor of psychology and neuroscience at Princeton University. When he and his research team recorded the brain activity in two people as one person told a story and the other listened, they found that the greater the listener's comprehension, the more closely the brain wave patterns mirrored those of the storyteller.

Brain regions that do complex information processing seem to be engaged, Hasson explains: It's as though, "I'm trying to make your brain similar to mine in areas that really capture the meaning, the situation, the schema — the context of the world."

Other scientists turned up interesting activity in the parts of the brain engaged in making predictions. When we read, brain networks involved in deciphering — or imagining — another person's motives, and the areas involved in guessing what will happen next are activated, Neeley says. Imagining what drives other people — which feeds into our predictions — helps us see a situation from different perspectives. It can even shift our core beliefs, Neeley says, when we "come back out of the story world into regular life."

Your Brain On Storytelling

Listeners, in turn, may keep thinking about the story and talk to others about it, she says, which reinforces the memory and, over time, can drive a broader change in attitudes.

Different formats of information — lists of facts, say, or charts — may be better suited to different situations, researchers say, but stories wield a particularly strong influence over our attitudes and behavior.

In health care contexts, for example, people are more likely to change their lifestyles when they see a character they identify with making the same change, notes Melanie Green, a communication professor at the University at Buffalo who studies the power of narrative, including in doctor-patient communication. Anecdotes can make health advice personally important to a patient, she finds. When you hear or read about someone you identify with who has taken up meditation, for example, you might be more likely to stick with it yourself.

Stories can alter broader attitudes as well, Green says — like our views on relationships, politics or the environment. Messages that feel like commands — even good advice coming from a friend — aren't always received well. If you feel like you're being pushed into a corner, you're more likely to push back. But if someone tells you a story about the time they, too, had to end a painful relationship, for example, the information will likely come across less like a lecture and more like a personal truth.

Neeley has been taking advantage of these effects to shift perceptions about science and scientists in her work with Story Collider. "We try and take everybody — all different people and perspectives — put them onstage, and hear what a life in science is really like," she says.

Solid information in any form is good, Green says. "But that's not necessarily enough." A vivid, emotional story "can give that extra push to make it feel more real or more important." If you look at the times somebody's beliefs have been changed, she says, it's often because of a story that "hits them in the heart."

This story adapted from an episode of NPR's weekday science podcast Short Wave.