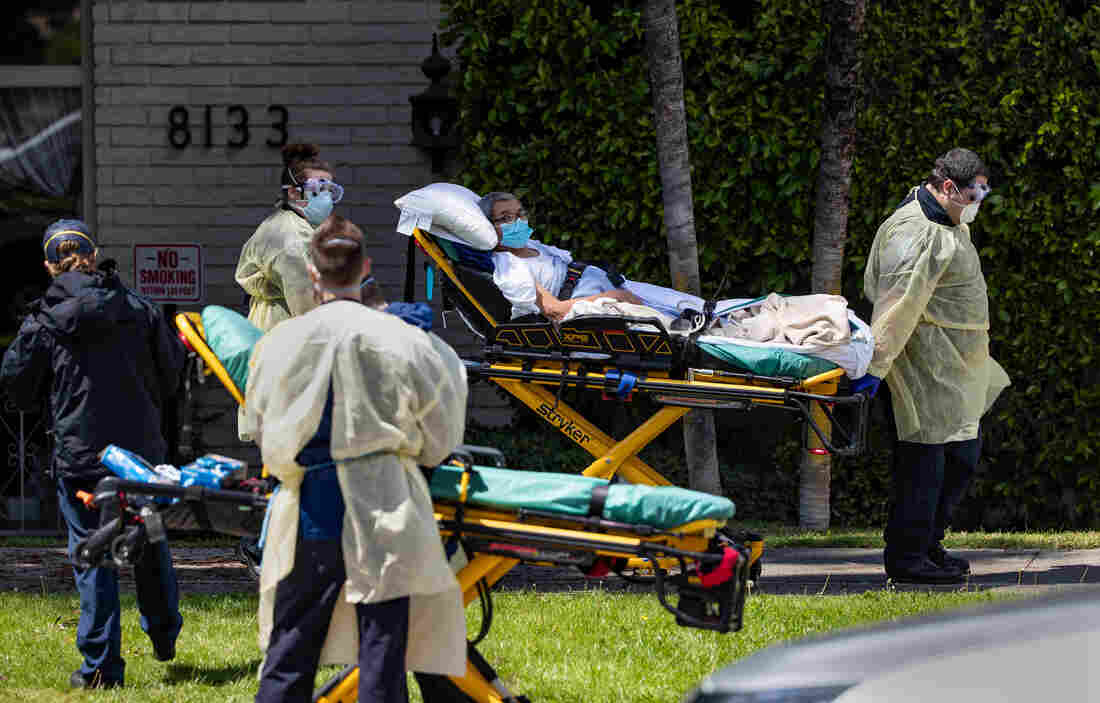 All 84 residents of Magnolia Rehabilitation and Nursing Center in Riverside, Calif., were evacuated from the facility in early April after 39 residents tested positive for the coronavirus. Gina Ferazzi/Los Angeles Times via Getty Images hide caption 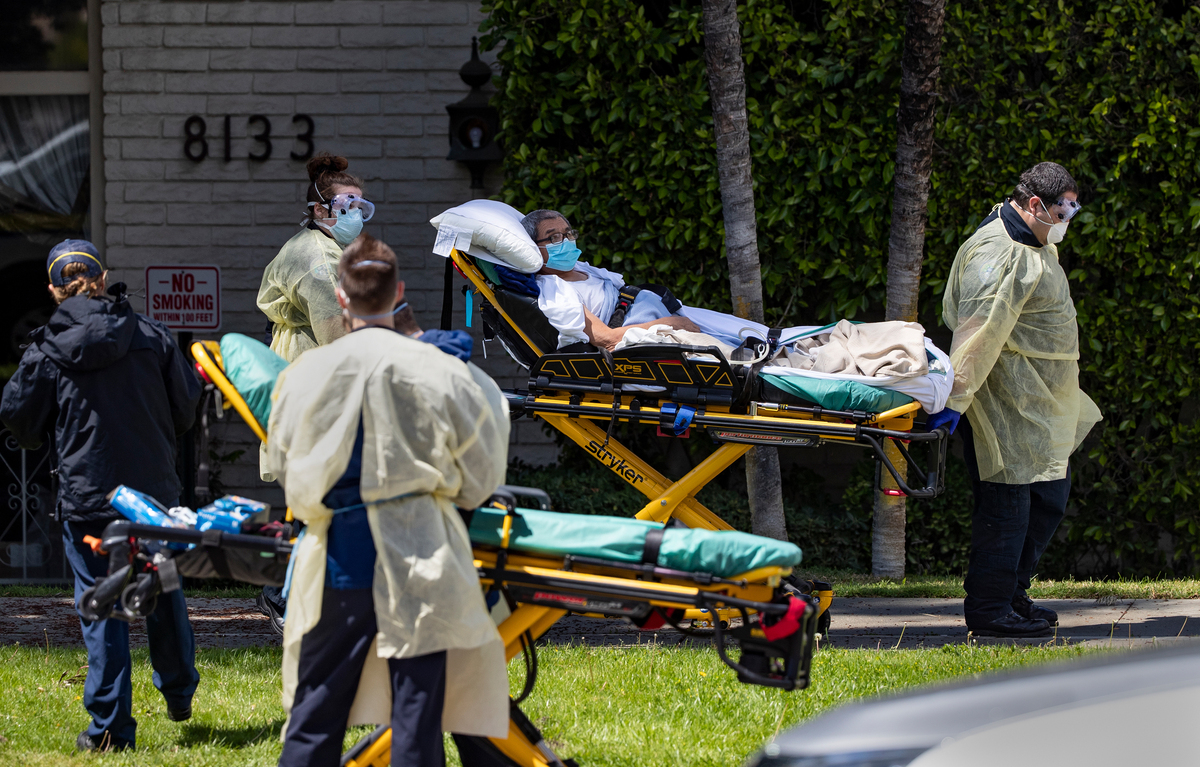 All 84 residents of Magnolia Rehabilitation and Nursing Center in Riverside, Calif., were evacuated from the facility in early April after 39 residents tested positive for the coronavirus.

In some parts of the U.S., the desperate need to slow the spread of the coronavirus is coming into conflict with the scramble to find more hospital beds.

Nursing homes have been the sites of some of the earliest — and deadliest — outbreaks of COVID-19. Some people who run such facilities are understandably leery of accepting new patients who might spread the virus.

Nonetheless, some of the largest states are now ordering nursing homes to accept patients who have been discharged from the hospital but are still recovering from COVID-19.

Half Of Virginia's Coronavirus Outbreaks Are In Long-Term Care Facilities

These state directives have been strongly condemned by the Society for Post-Acute and Long-Term Care Medicine. Dr. Sabine von Preyss, chief medical officer for Avalon Health Care Group and president of the society's Washington state chapter, says that a distinction must be made between nursing homes that have suffered COVID-19 outbreaks and those that are still virus-free.

"The question is, should we be forced to introduce a disease with such deadly potential into a population that has been sheltered?" says von Preyss. "And my experience tells me that would be ill-advised."

"If you push folks out of the hospitals to make space and you push them into nursing homes a couple weeks later," Wasserman says, "for every one of those you send to the nursing home, you may get 20 back in the hospital."

New York and New Jersey both have ordered nursing homes to admit patients regardless of their COVID-19 status. California had a similar directive. And then suddenly, as of March 30, it didn't. After a couple of days of outcry from the medical community, the state softened its instruction.

It now says that a nursing home "can be expected" to receive residents who test positive for the virus if it is able to follow the infection control guidelines from the Centers for Disease Control and Prevention.

"We're going to have, potentially, a lot more residents crammed into nursing homes," says Chicotel. "You're going to cut the staffing minimums at the same time. And then you're going to introduce perhaps the most efficient killer of older adults into the building? You've got a recipe for disaster in nursing homes."

Despite requests from NPR, neither New York nor California officials made themselves available for interviews to discuss the policies.

Some other states are taking a different approach. Some are reviving closed nursing homes or empty wings to exclusively treat coronavirus-positive patients.

In Louisiana, which has clusters of COVID-19 patients in more than 60 nursing homes, a facility is prohibited from admitting people who have tested positive for the virus or who were treated for respiratory problems, unless it can show it has the capacity to care for them.

"What we were looking at is really what makes the most sense for the patients themselves and the other residents," says Dr. Alex Billioux, the assistant secretary for Louisiana's Office of Public Health.

Louisiana has what he calls Tier 2 hospitals, as well as new care facilities, such as the one at the convention center in New Orleans. (Tier 2 facilities don't have emergency room capabilities and are more likely to be specialized facilities, such as psychiatric or rehabilitation hospitals.)

"Individuals who were still too ill to return back to a nursing home could be sent to those Tier 2 facilities — where they're still getting nursing care and attention," says Billioux. "And we know that the majority of these individuals will recover and then be able to be moved back to a nursing facility."