Accessibility links
ERs See Drop In Cases Of Strokes And Heart Attacks, And Doctors Are Worried : Shots - Health News Is fear of the coronavirus causing ER avoidance? Doctors are seeing an alarming drop in cardiovascular emergency cases. They warn that delayed care can lead to brain damage or even death.

6:22
Eerie Emptiness Of ERs Worries Doctors: Where Are The Heart Attacks And Strokes? 6:22 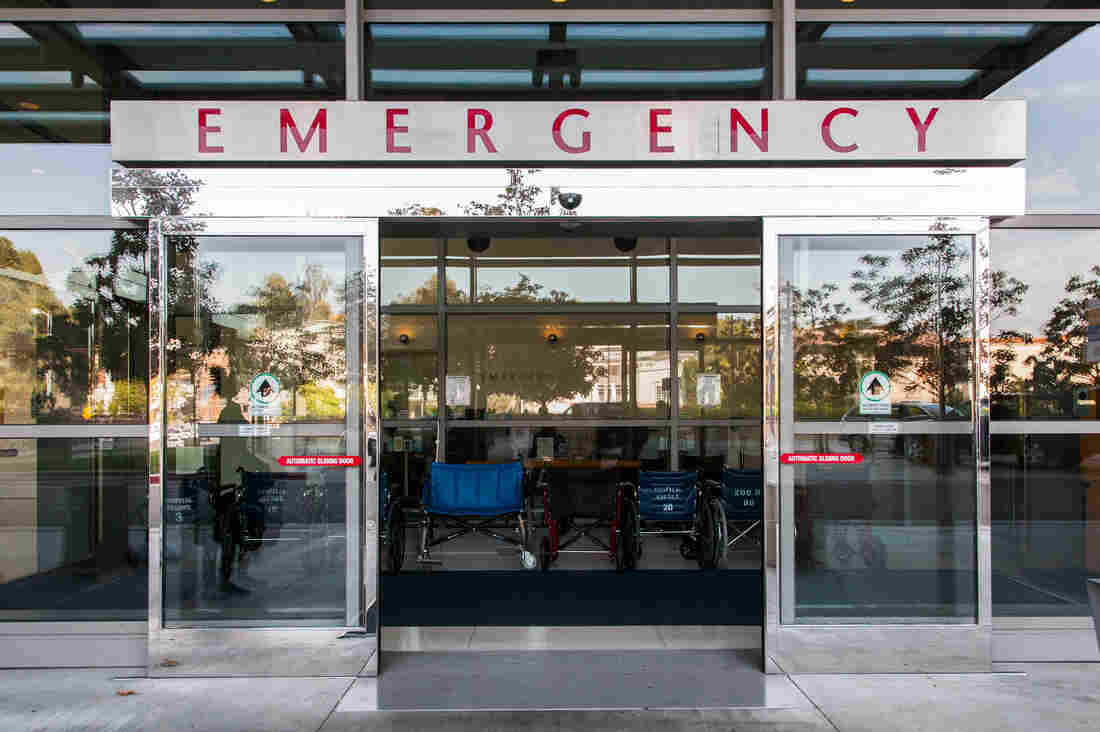 Emergency room physicians are seeing a drop in admissions for heart attacks and strokes. They worry patients who have delayed care may be sicker when they finally arrive in emergency rooms. Studio 642/Getty Images/Tetra images RF hide caption 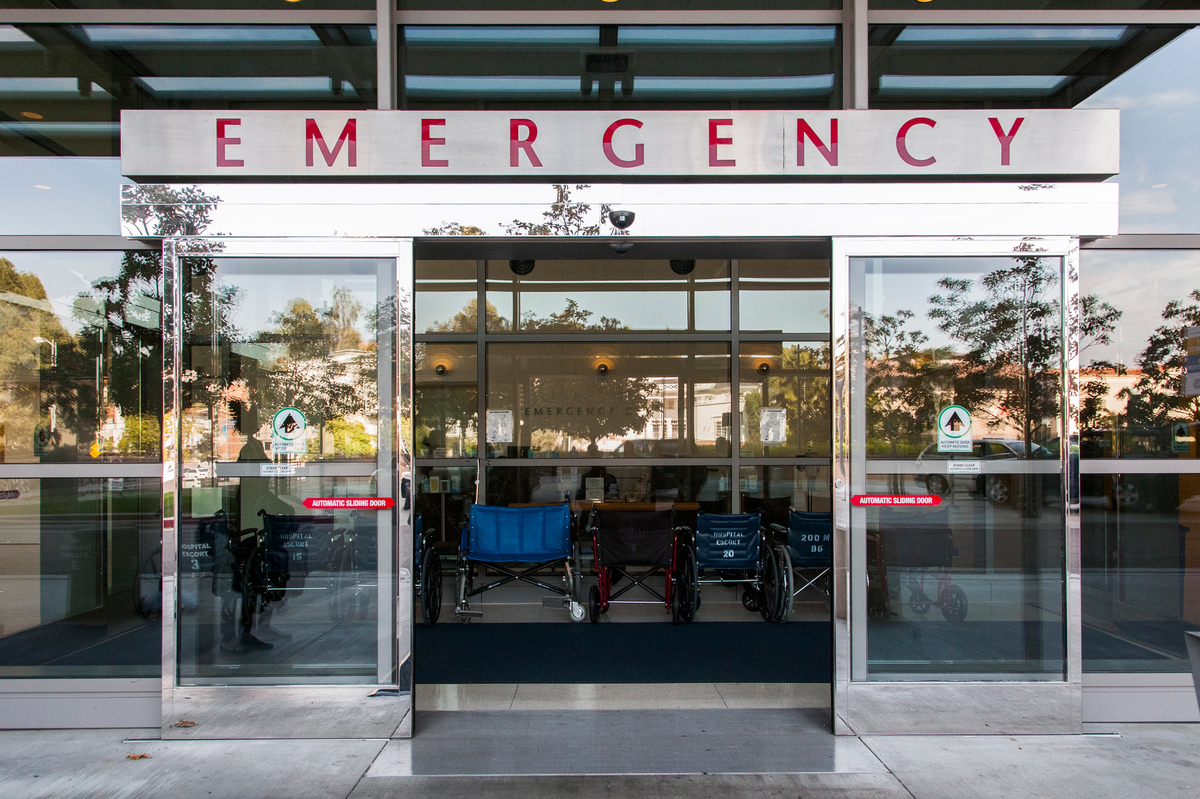 Emergency room physicians are seeing a drop in admissions for heart attacks and strokes. They worry patients who have delayed care may be sicker when they finally arrive in emergency rooms.

The patient described it as the "worst headache of her life."

She didn't go to the hospital though. Instead, the Washington state resident waited almost a week.

When Dr. Abhineet Chowdhary finally saw her, he discovered she had a brain bleed that had gone untreated.

The neurosurgeon did his best, but it was too late.

"As a result, she had multiple other strokes and ended up passing away," says Chowdhary, director of the Overlake Neuroscience Institute in Bellevue, Wash. "This is something that most of the time we're able to prevent."

Chowdhary says the patient, a stroke survivor in her mid-50s, had told him she was frightened of the hospital.

She was afraid of the coronavirus.

The fallout from such fear has concerned U.S. doctors for weeks while they have tracked a worrying trend: As the pandemic took hold, the number of patients showing up at hospitals with serious cardiovascular emergencies such as strokes and heart attacks has shrunk dramatically.

Across the U.S., doctors call the drop-off staggering, unlike anything they've seen. And they worry a new wave of patients is headed their way — people who have delayed care and will be sicker and more injured when they finally arrive in emergency rooms.

It has alarmed certain medical groups such as the American College of Cardiology and the American Heart Association. The latter is running ads to urge people to call 911 when they're having symptoms of a heart attack or stroke.

"Where are all these patients?"

Across the country, ER volumes are down about 40% to 50%, says Dr. William Jaquis, president of the American College of Emergency Physicians.

"I haven't seen anything like it, ever," he says. "We anticipated, actually, higher volumes."

But doctors say once-busy emergency rooms have slowed to an eerie calm.

"It was very scary, because it was so quiet," says Dr. David Tashman, medical director of the ER at USC Verdugo Hills Hospital in Glendale, Calif., about the early days of the outbreak.

Some of that decrease in normal patient volume was deliberate.

As hospitals prepared for a surge of COVID-19 patients, officials advised people to avoid emergency rooms if at all possible. Tashman says he wasn't surprised to see fewer trauma patients, because the roads were emptier. But soon he and other ER physicians noticed that even truly urgent cases were not coming in.

"We know the number of heart attacks isn't going to go down in a pandemic. It really shouldn't," Tashman says.

"I mean, we've all been scratching our heads — where are all these patients?" Stock says. "They're at home, and we're starting to get ... the tip of the iceberg of this phenomenon."

One study collected data from nine hospitals across the country, focusing on a crucial procedure used to reopen a blocked cardiac artery after a heart attack. The hospitals performed 38% fewer of those procedures in March, compared with previous months.

At Harborview Medical Center in Seattle, Dr. Malveeka Sharma has tracked a 60% decline in stroke admissions in the first half of April compared with the previous year.

Nationally, 911 call volumes for strokes and heart attacks declined in March through early April, according to data collected by ESO, a software company used by emergency medical service agencies.

Sheth started calling other stroke doctors, trying to understand what was happening.

"The numbers had dramatically plummeted almost everywhere," says Sheth, chief of the division of neurocritical care and emergency neurology at Yale School of Medicine. "This is a big deal from a public health perspective."

Sheth says clinical stroke centers have seen an "unprecedented" drop in stroke patients being treated, with decreases ranging from 50% to 70%.

In April, the American Heart and American Stroke associations put out emergency guidance to ensure health care providers keep stroke teams active and ready to treat patients during the pandemic.

Sheth says he worries it could be challenging to care for all the patients who eventually show up at hospitals in even worse shape after delaying care.

"When those stroke numbers come back, we could have serious capacity issues," he says. "We were already bursting at the seams."

"People are in this fear mode," says Dr. John Harold, a cardiologist at Cedars-Sinai Medical Center in Los Angeles and board president of the Los Angeles chapter of the American Heart Association.

"The big question is, are these people dying at home?" he asks.

Patients fearful of going to the hospital

Patients who are already at higher risk of experiencing medical emergencies describe a mix of fear and confusion about how to get safe and adequate care.

In March, Dustin Domzalski ran out of the medication used to treat his epilepsy.

The 35-year-old from Bellingham, Wash., had trouble reaching his doctor, whom he would normally see in person, to get a refill.

Within a few days of not taking the medication, he had a major seizure while in the shower. His caregiver called an ambulance, which took him to the ER.

"I woke up and asked where I was and what happened," Domzalski says. "The guy in the next room to me was coughing and doing all kinds of stuff."

The experience was so unnerving that Domzalski now plans to avoid the hospital, if at all possible.

"I am not going to the hospital unless I have a seizure and injure myself," he says. "I'd rather stay here than potentially have problems from the virus."

Miami resident Stayc Simpson recalls a frightening ordeal when she went to the ER in mid-March.

Simpson, who's a cancer survivor with heart failure, woke up with a pounding heart rate that she worried could be a heart attack.

At the hospital, she was screened for the coronavirus and was soon moved to a unit for suspected cases because she had a cough, even though that is also a symptom of heart failure.

"When the reality hit that I was in the COVID unit, I thought, if I didn't have it before, then I probably will now," Simpson says.

She spent a day there, wracked with anxiety. Six days later, back at home, she learned she had tested negative for the virus.

Simpson knows the hospitals have made many changes since the early days of the pandemic, but the thought of calling 911 still scares her.

"I have seen news reports that tell me it's safer now. ... I don't know if I have full confidence in that right now," she says. "The risk of COVID is terrifying."

In Los Angeles, Jacqueline Alikhaani, 60, has the same fear. She has diabetes and a rare form of heart disease, and she suffered a stroke several years ago.

A few weeks ago she started experiencing chest pains. She says that before the pandemic, she wouldn't hesitate to go to her local ER.

"That's just not something I feel very comfortable with right now," she says. "It's a tough call, tough decisions."

Some physicians are already glimpsing the consequences of patients putting off care.

"I've never seen the number of delays that I have in the last month or so," says Dr. Andrea Austin, an ER physician in downtown Los Angeles.

She's treating more serious cases because patients are waiting. "That's really one of the tragedies of COVID-19," Austin says. "They're staying at home and trying to diagnose themselves or really playing down their symptoms." 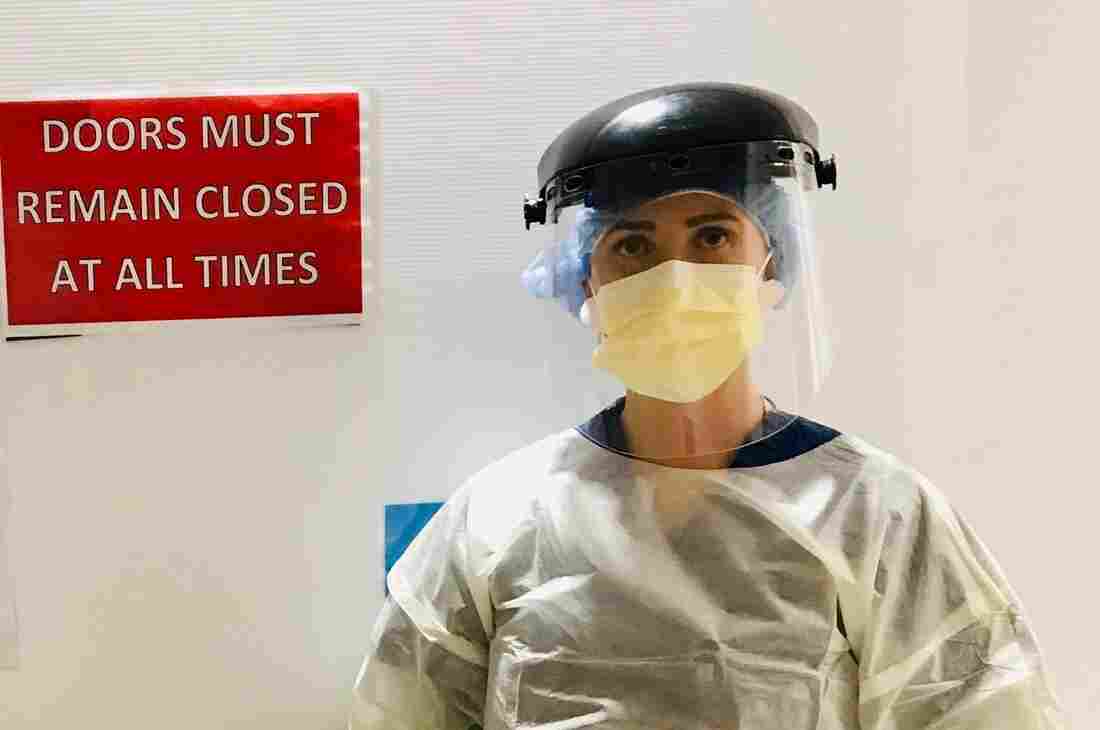 Chowdhary, the neurosurgeon from Bellevue, Wash., says some of his stroke patients have already seen life-altering consequences.

One older man noticed weakness on the left side of his body but avoided the hospital for four days.

"Now, at that point, we couldn't do anything to reverse the stroke," Chowdhary says. "That weakness is permanent."

Because of the stroke damage, the patient could no longer take care of his wife, who has cognitive issues. Eventually, the couple had to leave their home and move into a nursing home.

Jennifer Kurtz, stroke program coordinator at Overlake in Bellevue, says some patients who delayed care are now grappling with the physical and emotional toll.

"They feel so much guilt and regret that they didn't come to the hospital earlier," she says.

One caregiver confessed to Kurtz that she didn't bring her husband to the hospital when she first noticed symptoms of a stroke.

"She can't even tell her daughter [that] ... because she is so ashamed," Kurtz says.

Patients must navigate the sometimes-conflicting messages from public officials as well as disruptions to their routine medical care.

Beginning in March, warnings about a coming flood of COVID-19 patients circulated around the country as public health departments studied predictive models and braced for the worst. Stories emerged of health care workers falling ill and begging for more personal protective equipment such as masks, gowns and gloves.

The surge of COVID-19 patients in hot spots such as New York City and New Orleans led to "the sense of an overstretched health care system without capacity," says Dr. Biykem Bozkurt, president of the Heart Failure Society of America and a cardiologist at Baylor College of Medicine in Houston.

"This may have created a false sentiment that routine care is to be deferred or that there is no capacity for non-COVID patients — this is not the case," Bozkurt says. "We would like our patients to seek care, not wait."

Hospitals are also trying to reassure patients that they are taking precautions to keep patients safe. Many have set up protocols for admitting suspected COVID-19 patients such as separate screening areas inside the ER and dedicated areas of the hospital for coronavirus inpatients.

Tashman, the emergency physician at USC Verdugo Hills Hospital, is pleading with patients to come in for help immediately for heart attack and stroke symptoms: "Don't delay. You're not bothering us. You're not imposing on us."

"We're not incredibly busy with everything else at the moment," he says.

With stay-at-home orders in effect in parts of the country, physicians are trying to strike a balance in their messaging: They still want patients to avoid hospitals yet not hesitate to go if there are signs of an emergency.

"The message has to be slightly more nuanced for people to get it right, so they don't get hurt by just listening to one message, which is stay home," says Stock, the emergency physician in Lancaster, Calif. "We need to make people feel ... that [emergency rooms] are safe, clean places for them to come."

This story is part of NPR's health reporting partnership with KPCC and Kaiser Health News.