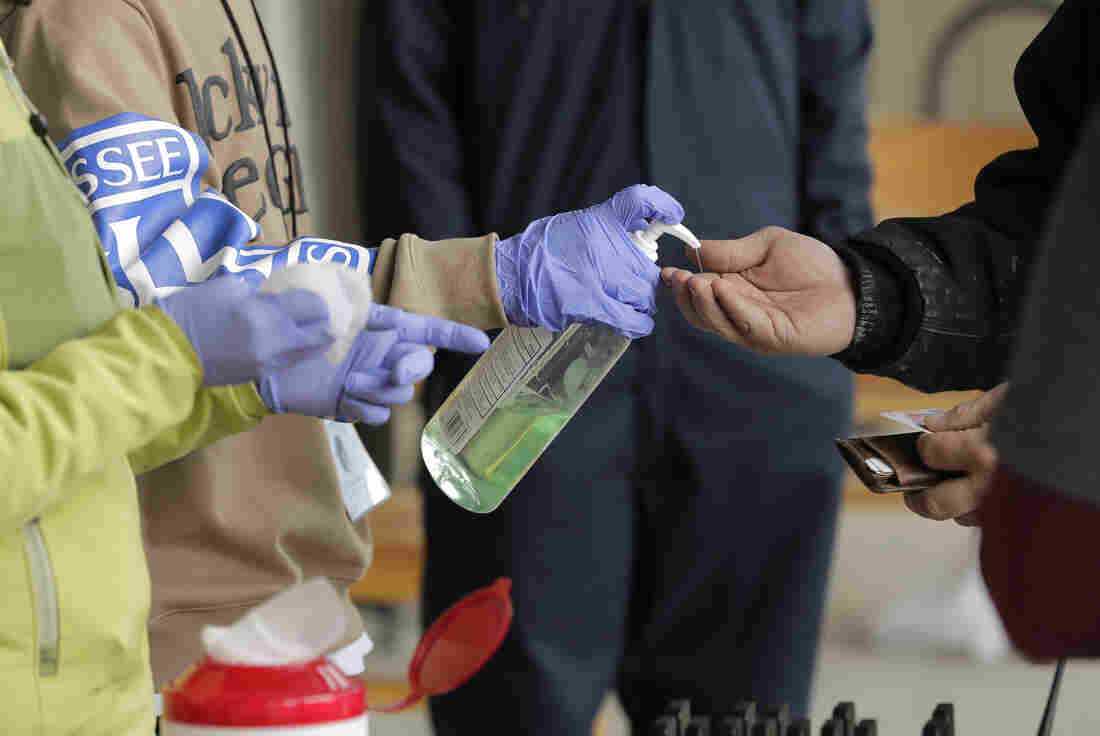 A patient arrives to pick up medication for opioid addiction and is given hand sanitizer at a clinic in Olympia, Wash. The pandemic is changing the distribution networks and supplies of street drugs across the United States, authorities say. Ted S. Warren/AP hide caption 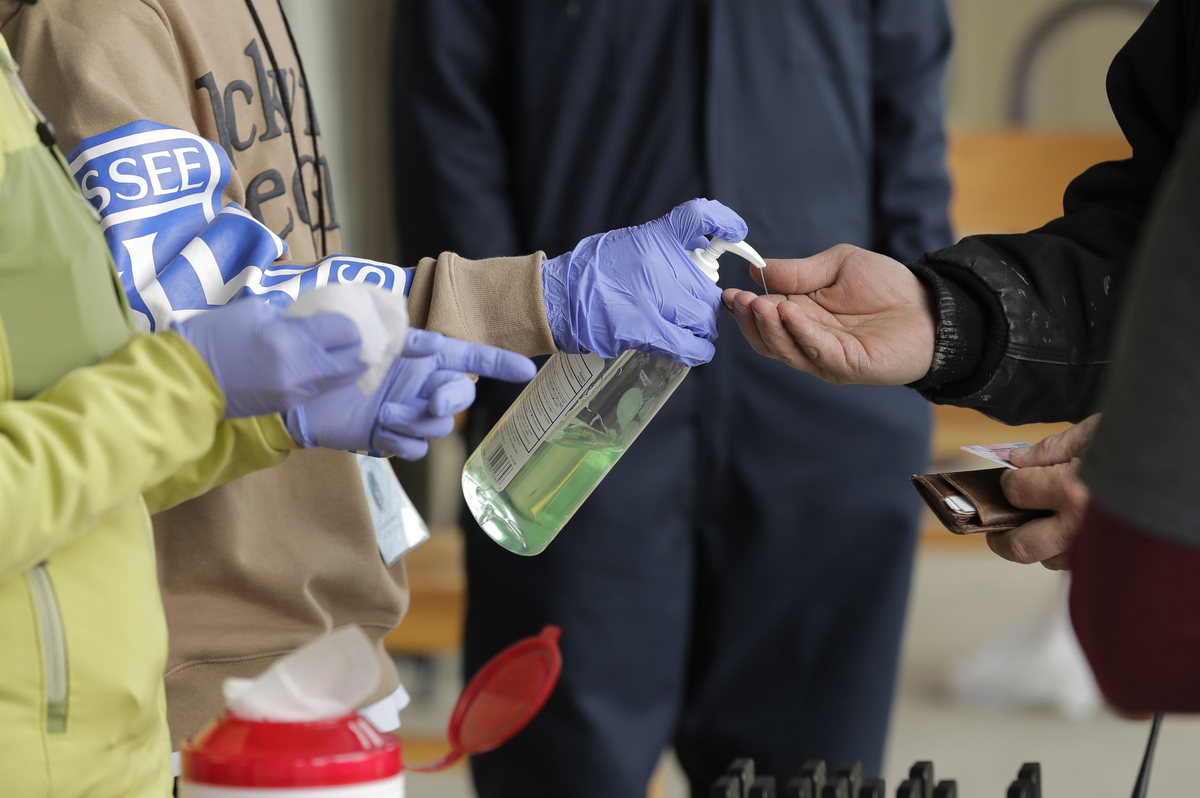 A patient arrives to pick up medication for opioid addiction and is given hand sanitizer at a clinic in Olympia, Wash. The pandemic is changing the distribution networks and supplies of street drugs across the United States, authorities say.

As the country went into quarantine in March, many of Joseph DeSanto's opioid-addicted patients in Orange County, Calif., told him their supply was drying up because drug dealers in the area were worried about a border shutdown and were retreating to their hometowns in Mexico.

"So we lost a lot of our larger dealers that supplied the smaller dealers," says DeSanto, an addiction specialist.

But within days or weeks, many of his patients had found new sources of heroin and pain pills, with dangerous results. "When they had to use another dealer, they would be getting a different strength. So they weren't really sure of how they should measure it and how much they should use. So we started seeing a lot of overdoses and a lot of overdose deaths in the first couple of weeks of the pandemic," DeSanto says.

There is no national data yet on the pandemic's impact on drug supply and overdose rates in the United States, but experts in addiction and law enforcement say availability and prices of illegal drugs have changed in different areas of the country. And as drug users adjust to new patterns of use, that's creating a patchwork of new overdose risk as well.

The availability of street drugs varies by region, says Uttam Dhillon, acting administrator of the Drug Enforcement Administration. Methamphetamine has increased in price in most areas as supply apparently decreased, and cocaine and heroin have seen a similar uptick in price.

Much of this is because of travel restrictions.

Dhillon says some of the normal transit routes, through Asia or South America, have shut down. He also points to dramatic decreases in car and foot traffic to and from Mexico, the main source of America's heroin.

"The ability of these drug-trafficking organizations to move across the Southwest border we believe may be having an impact," Dhillon says. Increased police presence and stay-at-home orders have also discouraged dealers and buyers from meeting in public, he says.

That appears to have affected demand for the street drugs in Cambridge, Mass., where, according to Jack MacEachern, opioid supply remains pretty dry.

"No one's out on the street; it's just not out there," says MacEachern, who runs a Salvation Army residential drug recovery program there.

He says it's not just that dealers aren't getting shipments; their customers also can't get money to buy them. "If you have a dope habit and, you know, the way you hustle — make your money — is shoplifting, well, stores are closed," he says.

MacEachern, who has been in recovery from opioid addiction for two decades himself, says relapse and overdose rates near him have decreased — at least for now.

A decreased supply of drugs might sound good, but it also increases the risk of overdoses in the future, especially as many states reopen for business.

During the lockdown, the Recovery Centers of America based in King of Prussia, Pa., saw an influx of lower-income patients unable to buy opioids who then sought treatment to avoid painful withdrawal, says the treatment chain's chief medical officer, Heidi Ginter.

People who reduced their use of opioids may be at especially high risk if they start using again.

"We may see additional potency of drug available on the street and then people whose tolerance has changed based on what they've been using," Ginter says. "So we're pretty fearful about that."

That concern has led to talk of increasing distribution of naloxone, a medication often also referred to as Narcan, which is used to try to reverse an overdose.

Elinore McCance-Katz, who heads the Substance Abuse and Mental Health Services Administration, supports such measures but also points out that the virus has complicated the ability to treat people with naloxone.

"In some areas, first responders such as law enforcement do not want to administer naloxone because they're afraid of being exposed to the coronavirus," she says. "I found that very concerning because the option is that the person dies."

She says her agency is now sending training teams into communities to help them safely administer the naloxone while also managing the risk of virus exposure.