Accessibility links
Fired Doc Who Criticized ER During Pandemic Suing Old Hospital : Shots - Health News Dr. Ming Lin was let go in March from a hospital in Bellingham, Wash., after posting criticisms and suggestions on social media. The ACLU is helping him sue for damages and job reinstatement. 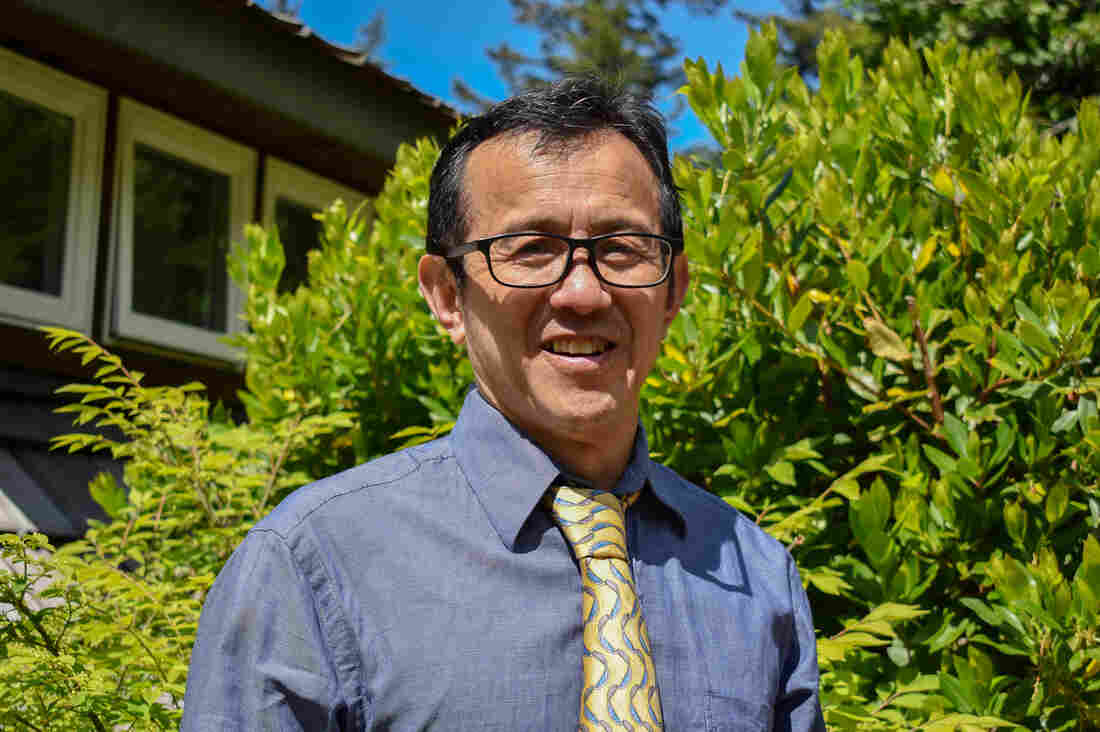 Dr. Ming Lin was fired from his position as an emergency room physician at PeaceHealth St. Joseph Medical Center in Bellingham, Washington after publicly complaining about the hospital's infection control procedures during the pandmic. Yoshimi Lin hide caption 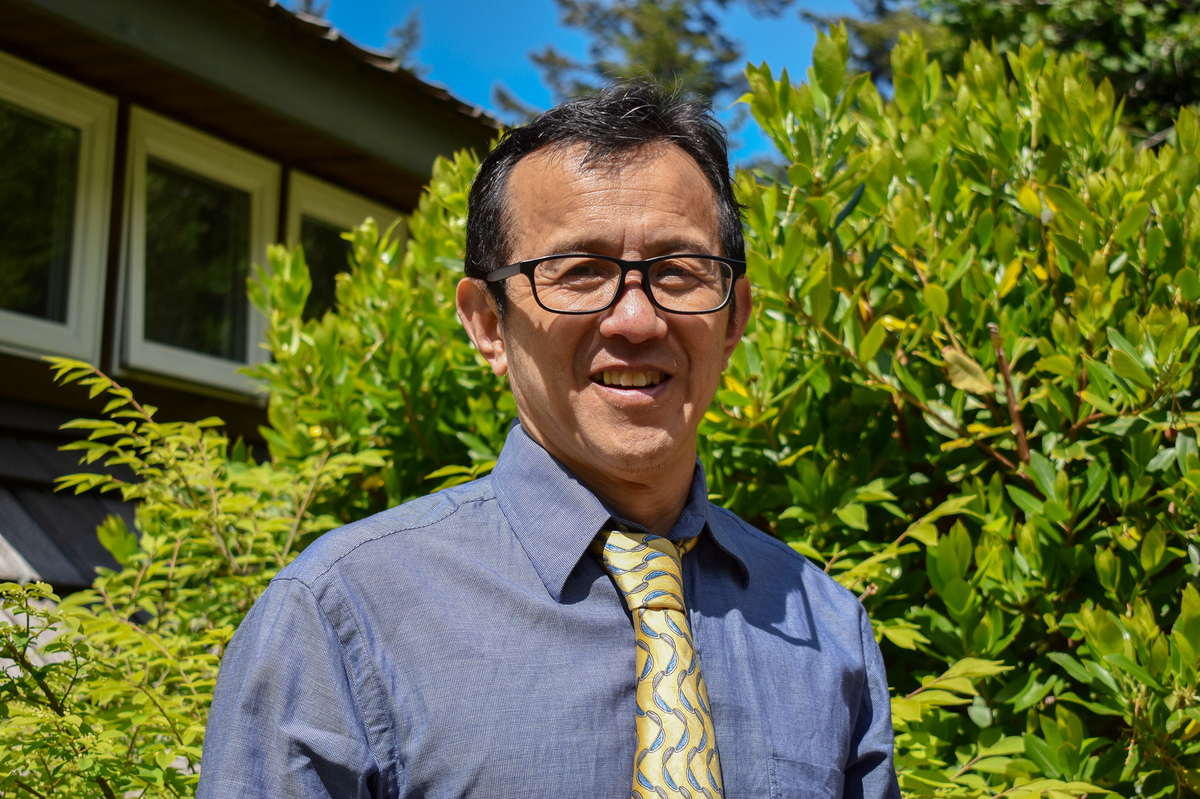 Dr. Ming Lin was fired from his position as an emergency room physician at PeaceHealth St. Joseph Medical Center in Bellingham, Washington after publicly complaining about the hospital's infection control procedures during the pandmic.

An emergency medicine physician from Washington state has filed a lawsuit to get his job back at a hospital. He was fired in late March after criticizing his hospital's response to the coronavirus pandemic.

"This is about people on the front line being given the opportunity to speak out without being terminated and being reprimanded," says Dr. Ming Lin.

Since 2003, Dr. Lin had worked in the ER at St. Joseph Medical Center in Bellingham, Wash., owned by health system PeaceHealth.

As the coronavirus swept through Seattle, Lin started publicly outlining concerns about his hospital's handling of the pandemic.

"I was calling other doctors" to find out what their hospitals were doing, Lin says, adding that he came to the conclusion that "our hospital wasn't doing adequate protection for the staff."

On March 15, Lin shared on Facebook the text of a letter he had sent to the hospital's chief medical officer, pointing out the infection risks of how the hospital was testing for the coronavirus, and suggesting changes he thought the hospital should make, including checking the temperature of staff at the beginning of shifts and triaging patients outside the emergency room, in the parking lot.

"For us to be so close to the epicenter and not do it is ridiculous," he wrote.

He also described as "ludicrous" the ER protocol of first testing patients with respiratory symptoms for influenza, and waiting for a negative result on that test, before then giving the patient a coronavirus test: "[You are] not just exposing the staff member twice but exposing all patients by having the patient wait in the ER for the result."

Not long after, Lin was told that PeaceHealth was "super pissed" about the post. In the coming days, he continued to criticize the hospital on social media and in the press.

At the end of March, Lin learned he had lost his shifts.

His supervisor told him that while his comments were "intended to be constructive and a catalyst for change, unfortunately it is not possible for you to return," according to the lawsuit.

News of Lin's firing erupted on social media and in the press, especially among health care workers.

Lin says the case isn't just about his situation.

"It's about health care workers. We are repressed. We're not given opportunities to speak out," says Lin. "Many of us have to speak out anonymously because we are afraid."

Lin works for TeamHealth, a company that contracts with hospitals to provide emergency room staffing. TeamHealth did offer to find Lin a new position for him in Oregon, or part-time work as a floating ER physician at other Washington hospitals, but for lower pay.

Because of that, the lawsuit claims Lin was "effectively terminated from his job."

In an online interview with media personality Dr. Zubin "ZDoggMD" Damania, PeaceHealth's Chief Operating Officer, Richard DeCarlo, addressed the controversy. DeCarlo alleged that Lin "posted misinformation, which was resulting in people being afraid and being scared to come to the hospital."

"It wasn't true what he was posting," DeCarlo said.

Lin cut off communication with his management team and created a "toxic environment," he added. "It appeared to us that he was unable to perform in that role."

PeaceHeath did not agree to an interview with NPR, but released a statement that said Lin "chose to not use designated safety reporting channels, and his actions were disruptive, compromised collaboration in the midst of a crisis and contributed to the creation of fear and anxiety." 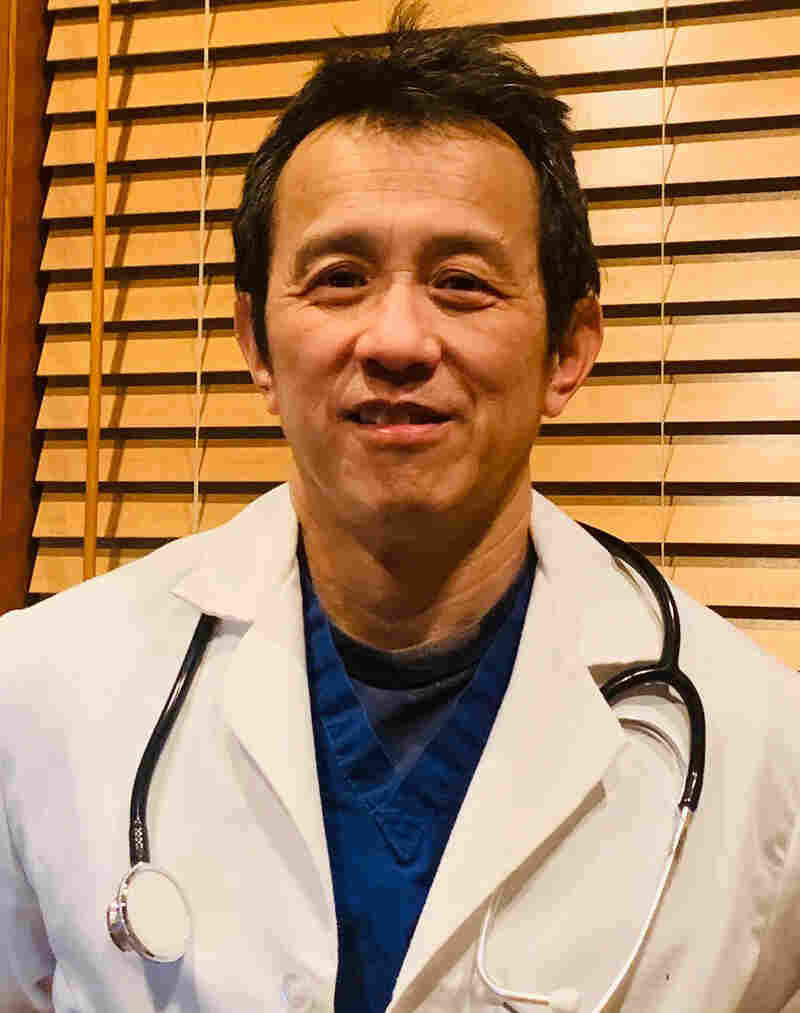 Dr. Ming Lin at his home in Bellingham, Washington, March 27, 2020. Dr. Lin was fired from his position as an emergency room physician at PeaceHealth St. Joseph Medical Center in Bellingham after publicly complaining about the hospital's COVID-19 preparations. Dr. Ming Lin/AP hide caption 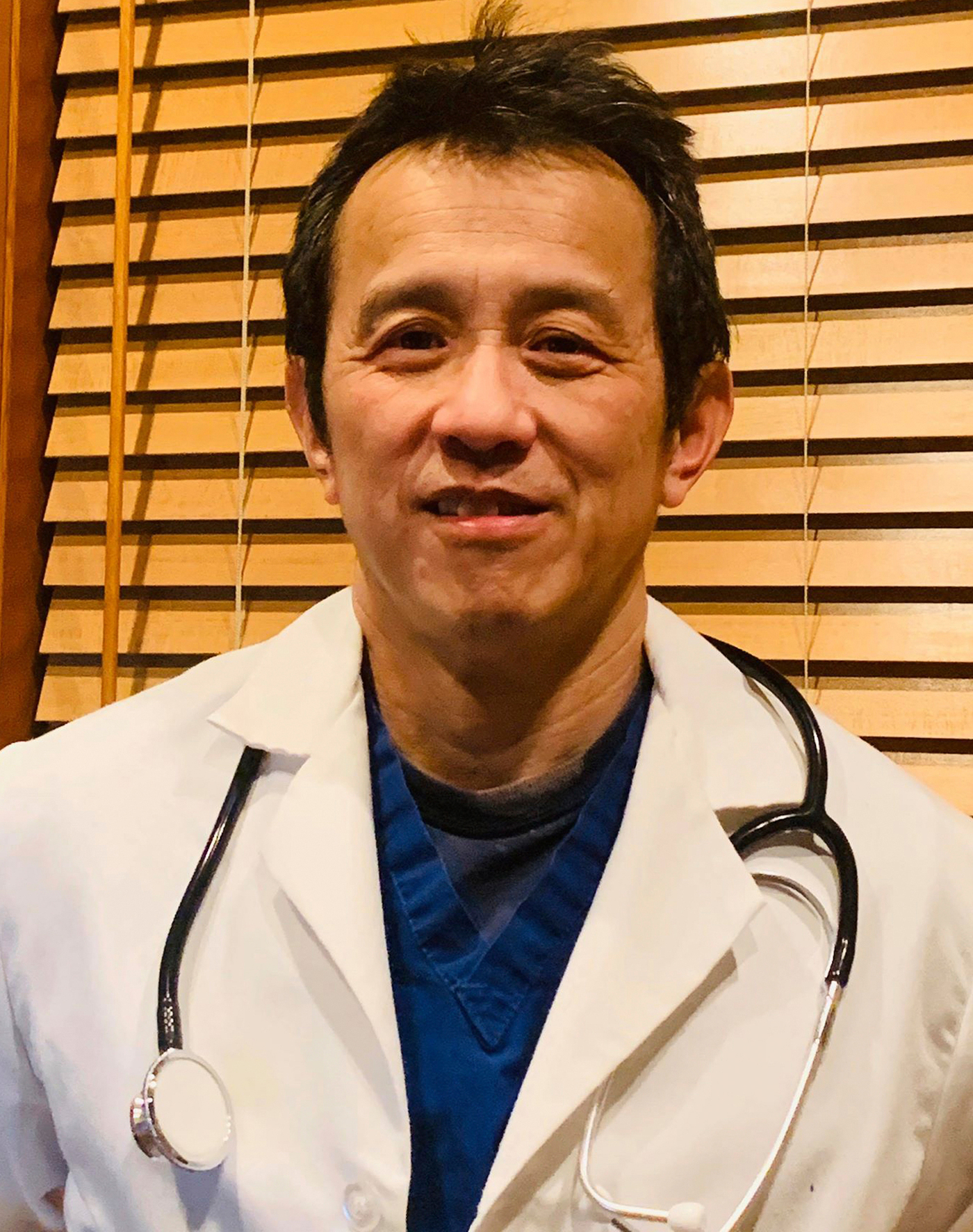 Dr. Ming Lin at his home in Bellingham, Washington, March 27, 2020. Dr. Lin was fired from his position as an emergency room physician at PeaceHealth St. Joseph Medical Center in Bellingham after publicly complaining about the hospital's COVID-19 preparations.

The American Civil Liberties Union of Washington is representing Lin in his lawsuit against both PeaceHealth and the physician staffing firm TeamHealth.

"Rather than stifling speech and removing individuals that point out deficiencies in their practices, [hospitals] instead should listen, eliminate the problems that threaten people's health, and encourage the experts on their staff to come forward with solutions," Antoinette Davis, a senior staff attorney for ACLU-WA, said in a statement.

The lawsuit claims wrongful termination in violation of public policy, breach of contract and defamation, among other things.

"There are no questions at all about his competency as an emergency room physician," says Jamal Whitehead, an attorney who is helping the ACLU with Lin's case. "It was only when he reported concerns about the hospital's COVID-19 readiness that he was removed."

Whitehead says the hospital retaliated against Lin for doing his duty and "speaking out to prevent harm from befalling himself, his colleagues and the public."

"He's taken an oath, first and foremost, to do no harm," says Whitehead.

Lin's firing came in the throes of the first wave of the pandemic and resonated with health care workers around the country who posted messages of support on his behalf.

Nurses and doctors are often reluctant to speak publicly about safety concerns so as not to jeopardize their job. During the pandemic, some say they have been punished when they push for better protection.

After Lin's firing, the American Academy of Emergency Medicine condemned the hospital administration's actions and called for an investigation, saying "it is an essential duty of a physician to advocate for the health of others."

Harris Mufson, a partner with the law firm Proskauer, says the type of lawsuit filed in the Washington case can be difficult to win because it relies on common law.

"Generally speaking those are more challenging to prevail on, particularly a public policy claim," says Mufson.

"I do think this Washington case is emblematic of what employers are going to be facing around the country, both in the health care space and outside that space as well," says Mufson.

Along with using state laws, health care workers can pursue cases of workplace retaliation in federal court, and by filing complaints with the Occupational Safety and Health Administration (OSHA), says Steven Pearlman, a partner with Proskauer.

"We're going to see an avalanche of these types of claims," Pearlman says.

OSHA has faced criticism during the pandemic for not being more responsive to worker concerns. That may drive health care workers to take other legal routes when facing retaliation, says Terri Gerstein, a labor attorney who directs the State and Local Enforcement Project at Harvard Law School's Labor and Worklife Program. Gerstein is also a senior fellow at the Economic Policy Institute.

"It's so important that employers understand that when people raise these kinds of safety concerns, it's not an adversarial thing," she says. "They are trying to make their workplace safer and stem the spread of this horrible disease."

But Gerstein doesn't necessarily expect a flood of lawsuits, in part because many workers nationwide are subject to forced arbitration.

Dr. Lin's lawsuit seeks compensation for lost wages and for PeaceHealth to reinstate him at the hospital in Bellingham.

"I'm just thinking about where to go from here... am I black listed with other hospitals?" Lin says. "I don't know."