Accessibility links
No Evidence Hydroxychloroquine Is Helpful In Preventing COVID-19, Study Finds : Shots - Health News A study of more than 800 health workers, first responders and others finds that taking hydroxychloroquine to prevent COVID-19 is no better than a placebo in preventing the illness. 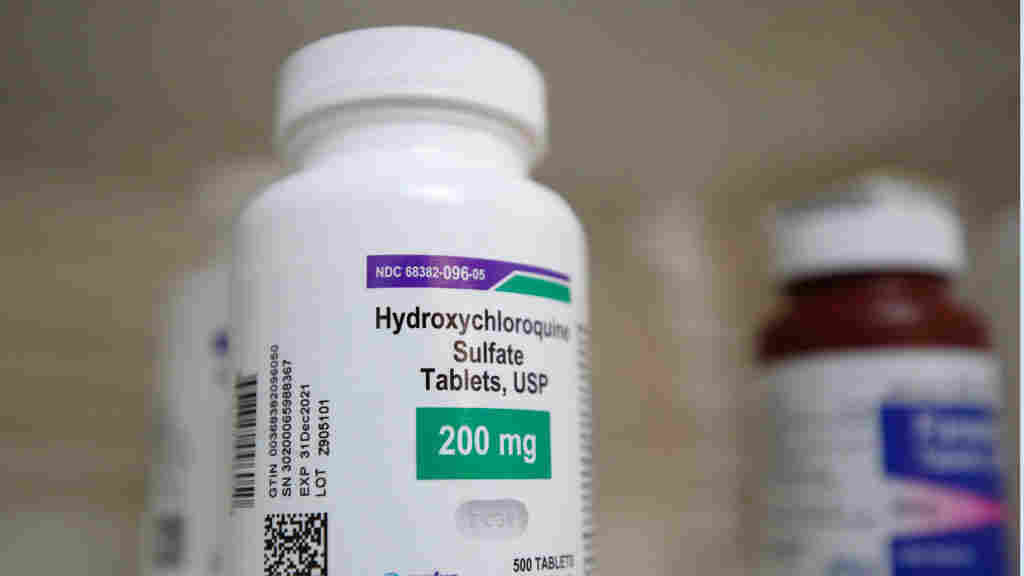 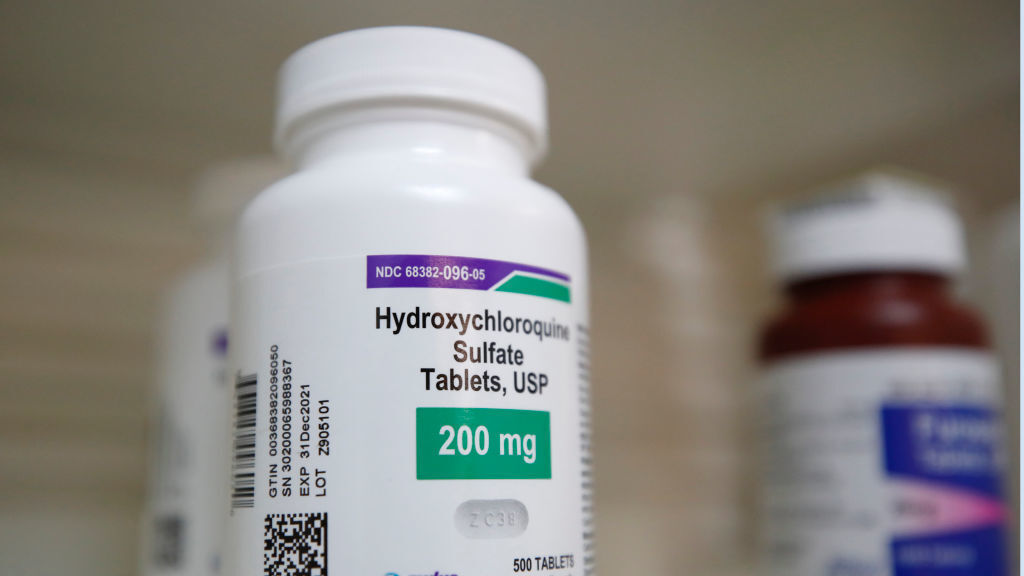 President Trump announced in May that he was taking hydroxychloroquine as a preventive measure against COVID-19. But a study published Wednesday finds no evidence the drug is protective in this way.

Taking hydroxychloroquine after being exposed to someone with COVID-19 does not protect someone from getting the disease.

That's the conclusion of a study published Wednesday involving 821 participants. All had direct exposure to a COVID-19 patient, either because they lived with one, or were a health care provider or first responder.

The study had an unusual design. "It was all web-based," says Radha Rajasingham, an infectious disease physician at the University of Minnesota. "People would go to our website if they were interested in enrolling."

To qualify, people had to be within a few days of their encounter with a COVID-19 patient and not have any symptoms of the disease themselves. Encounters meant being within 6 feet of a sick person for more than 10 minutes while wearing neither a face mask nor an eye shield or while wearing a face mask but no face shield. The volunteers received either a five-day supply of hydroxychloroquine, or a placebo.

As Rajasingham and her colleagues report in the New England Journal of Medicine, 107 of the 821 participants developed disease; 49 in the group receiving hydroxychloroquine and 58 in the placebo group. That turned out to be an absolute risk reduction in risk of 2.4%. That difference was not statistically significant, and "it's also not clinically meaningful," Rajasingham says. She would like to have seen a relative risk reduction of 30% or more before recommending hydroxychloroquine to asymptomatic patients. She says hydroxychloroquine can have serious side effects, although the side effects reported in this study were relatively mild.

The prevention study was dreamed up by David Boulware at the University of Minnesota. "This is not my day job," he says. "My normal research is doing clinical trials in Africa for fungal meningitis of the brain."

He remembers thinking somebody needed to do something to help fight the COVID-19 pandemic, and the he realized, "I think that's us."

So he got his team together, and they put together this study of hydroxychloroquine. "Within eight days, we basically had the trial up and running," including all the necessary regulatory approvals." Remarkably, fewer than three months from the day was conceived, he had a paper in a prestigious medical journal.

Researchers have been interested in the possibility of using hydroxychloroquine to prevent or treat COVID-19 because it seems to impair the virus' ability to infect cells in the lab. The drug's effectiveness in treating hospitalized patients is still an open question, but if there is a benefit, it is most likely a small one.

Now it appears the drug is not effective at preventing disease in people who have been exposed with minimal or no protection. It remains an open question whether it might be effective in preventing the disease in people who have used appropriate protective gear to prevent exposure. There is currently a multi-center study underway intended to enroll 15,000 people to answer that question.