Accessibility links
Drinking Too Much? Know The Signs And How To Get Help : Shots - Health News Experts say a bit of extra drinking isn't a problem for many people, but they recommend watching out for specific behaviors that signal addiction.

Drinking Has Surged During The Pandemic. Do You Know The Signs Of Addiction?

Drinking Has Surged During The Pandemic. Do You Know The Signs Of Addiction? 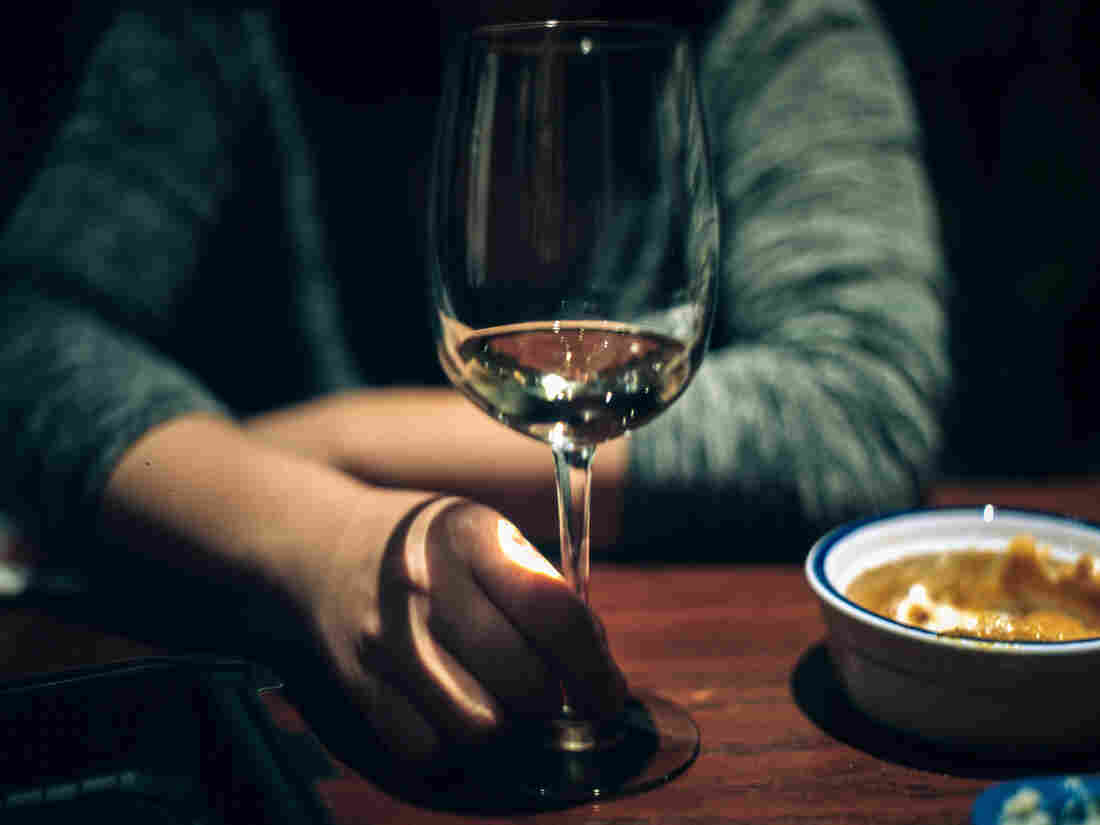 Being stuck at home during lockdowns was a recipe for increased drinking for some Americans. Copyright Artem Vorobiev/Getty Images hide caption 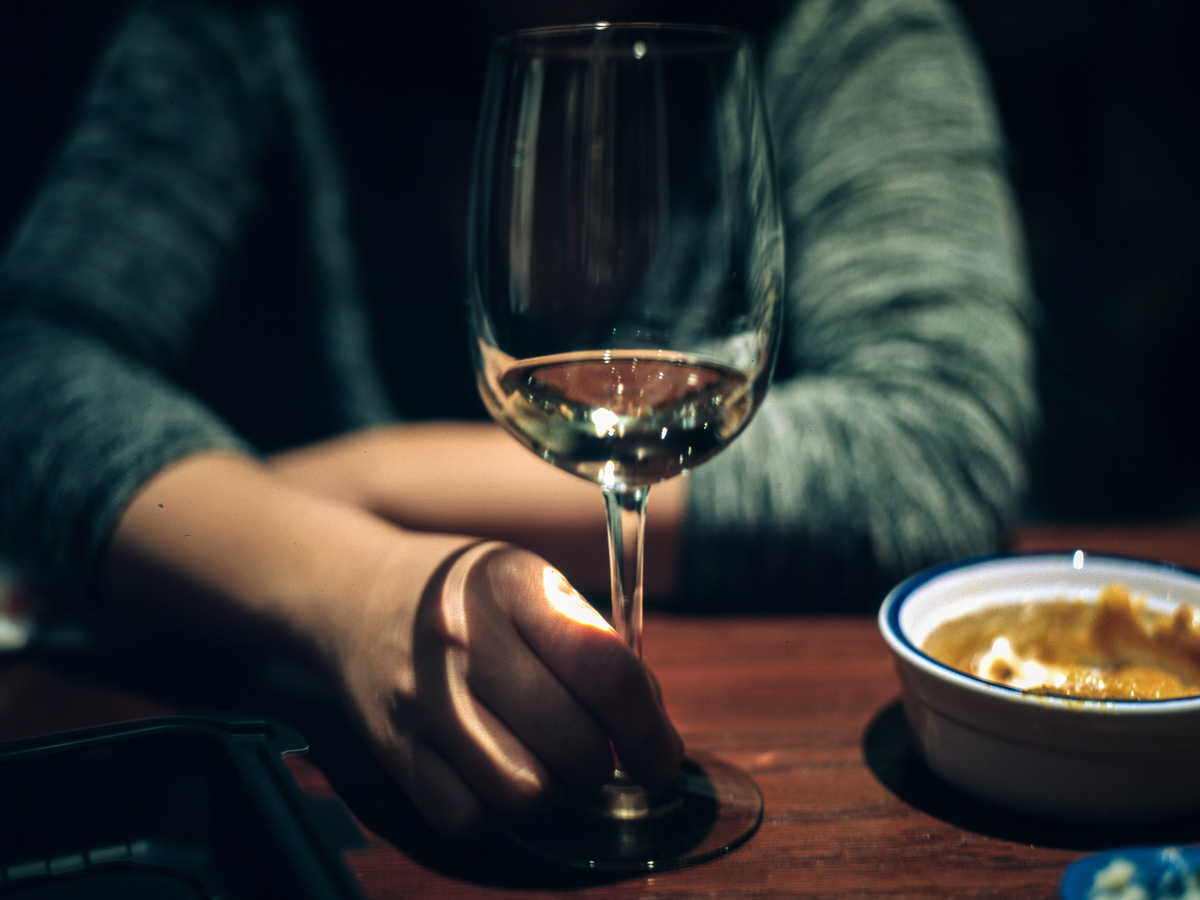 Being stuck at home during lockdowns was a recipe for increased drinking for some Americans.

Despite the lack of dine-in customers for nearly two and half long months during the shutdown, Darrell Loo of Waldo Thai stayed busy.

Loo is the bar manager for the popular restaurant in Kansas City, Mo., and he credits increased drinking and looser liquor laws during the pandemic for his brisk business. Alcohol also seemed to help his customers deal with all the uncertainty and fear.

Many state laws seemed to be waived overnight as stay-at-home orders were put into place and drinkers embraced trends such as liquor delivery, virtual happy hours and online wine tasting. Curbside cocktails in 12 and 16-ounce bottles particularly helped Waldo Thai make up for its lost revenue from dine-in customers.

Retail alcohol sales jumped by 55% nationally during the third week of March, when many stay-at-home orders were put in place, according to Nielsen data, and online sales skyrocketed.

Many of these trends remained for weeks. Nielsen also notes that selling to-go alcohol has helped restaurants sustain businesses.

But the consumption of all this alcohol can be problematic for individuals, even those who haven't had issues with drinking in the past.

Dr. Sarah Johnson, medical director of Landmark Recovery, an addiction treatment program based in Louisville, Ky., with locations in the Midwest says that, virtual events aside, the lockdowns nearly put an end to social drinking.

"It's not as much going out and incorporating alcohol into a dinner or time spent with family or friends," Johnson says. "Lots of people are sitting home drinking alone now, and historically, that's been viewed as more of a high-risk drinking behavior."

There are some objective measures of problematic drinking. The Centers for Disease Control and Prevention defines heavy drinking as 15 or more drinks a week for a man or eight or more for a woman.

But Johnson says that more important clues come from changes in behavior.

She explains that, for some people, a bit of extra drinking now and then isn't a big deal. If you can still meet all your life obligations, make your Zoom meetings, care for your children, she says, then it may be fine.

But if any of those every day life duties start to be affected "then it would be a signal that they are drinking too much and that it's a problem," she says.

There are signs to watch out for, she says. They include:

Johnson explains that while some people maybe predisposed to problematic drinking or alcohol use disorder, these can also result from someone's environment.

Johnson notes that for many people, spending days at home without the demands of a daily commute or lunch break could be problematic.

"Routine and structure are important to overall mental health because they reduce stress and elements of unknown or unexpected events in daily life," Johnson says. "These can trigger individuals in recovery to revert to unhealthy coping skills, such as drinking."

Johnson says that people who are unable to stop problematic drinking on their own should seek help. The federal Substance Abuse and Mental Health Services Administration's runs a 24/7 helpline (800-662-HELP), and website, www.findtreatment.gov, offering referrals for addiction treatment.

You can also find help online. Many Alcoholics Anonymous groups have started to offer virtual meetings, as does the secular recovery group LifeRing. And for people who are looking for more informal peer support apps such as Loosid, that can help you connect to a community of sober people.

Darrell Loo at Waldo Thai says that he has been concerned at times about people's drinking, but he says he's generally seen customers back off from the heavy drinking they were doing early in the pandemic.

Loo and others in the Kansas City restaurant business are pushing for the carryout cocktails and other looser laws to stay in place even as restaurants slowly start to reopen.

"This will go on for a while. It's going to change people's habit," Loo says. "People's spending habit. People's dining out habit. So there's definitely a need to keep doing it."

This story is part of a reporting partnership that includes KCUR, NPR and Kaiser Health News.