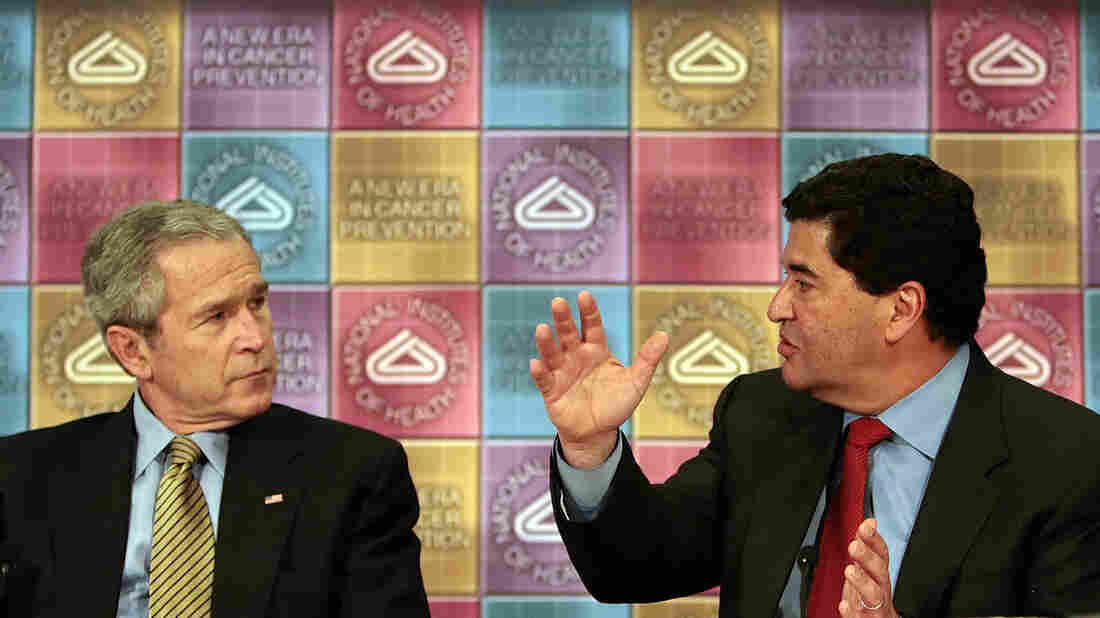 Then-Director of the National Institutes of Health Elias Zerhouni speaks with President George W. Bush during a round table discussion on cancer prevention at the NIH in Bethesda, Md., in 2007. Jim Watson/AFP via Getty Images hide caption 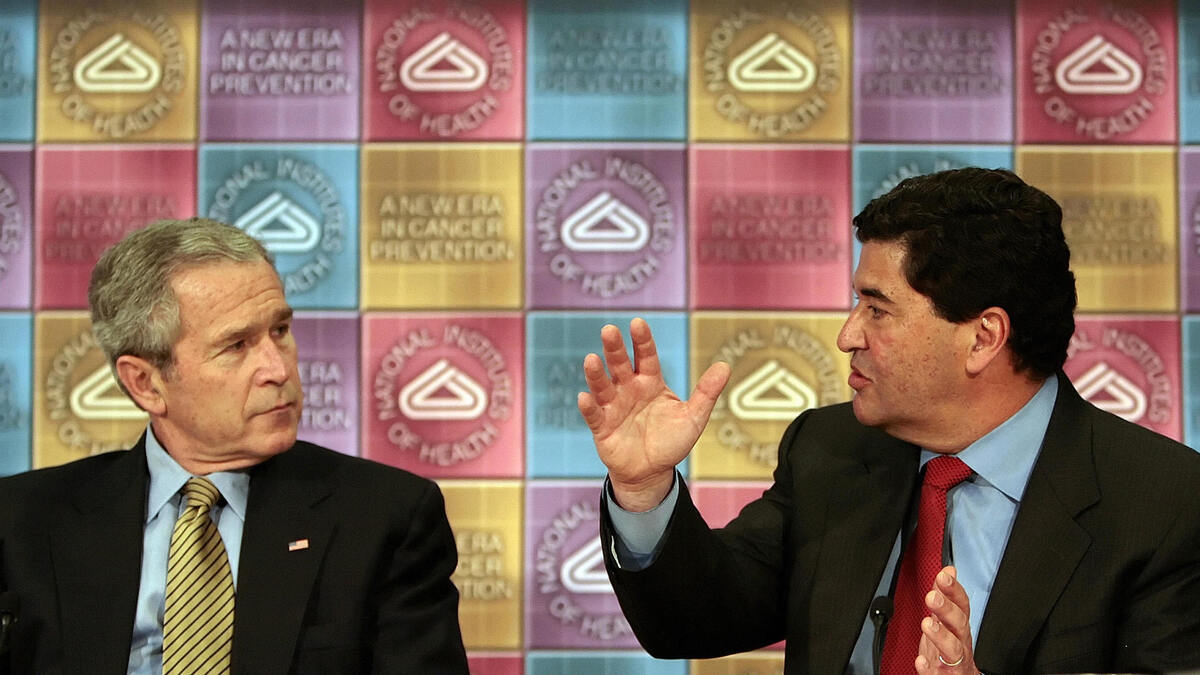 Then-Director of the National Institutes of Health Elias Zerhouni speaks with President George W. Bush during a round table discussion on cancer prevention at the NIH in Bethesda, Md., in 2007.

Dr. Elias Zerhouni knows the dangers of infectious disease outbreaks. He was director of the National Institutes of Health in 2005 when bird flu appeared poised to become more infectious to humans. Fortunately, that pandemic never materialized, but he says it served as a warning of what was to come.

Zerhouni has been a member of the faculty of the Johns Hopkins University School of Medicine and head of global research and development for the pharmaceutical company Sanofi.

NPR asked him about the difficulties of responding to pandemics in general, and in particular the government's response to the COVID-19 outbreak.

Some of the wording has been edited for clarity.

On the Trump administration's pandemic response

It's what I call the boom and bust of preparedness. The old saying that we use for NIH is if you think research is expensive, try disease. And in this case, Claire Pomeroy from the Lasker Foundation came up with a different sentence: "If you think preparedness is expensive, try a pandemic." That's where we're living. It's a result of lack of preparation and short-term thinking.

Pandemic control is going to depend on surveillance of the animal-to-human transfers that we're witnessing around the world. Animal health and human health have to be combined into a surveillance network worldwide, just like you do for weather. We have weather satellites. We have weather stations around the world that exchange data on a harmonized system. That's how you predict hurricanes. It's hard to manage a hurricane if you don't know it was coming. The question is, can we do that for global health?

By the time you get the disease and you say, "Oh my God, we must do [treatments] and vaccines at warp speed," that's too late already.

I discussed it. It was really obvious to me that what they wanted was a vaccine. That's it. Deliver a vaccine by the end of the year. There are political overtones to that, and I said I don't think I'm the right person for that because I don't believe you can do vaccines independent of therapeutics.

I was in academia. I was in government. I was in industry. And the one thing that I've been shocked by is the fact that the commercial powers in pharma always, say, "You know what? Work on cancer or on immunology. Don't work on an infectious disease. We never make money there." And then what you get is a complete destruction of the apparatus that is needed to do [research and development] and science in infectious diseases. Yet the world is more and more exposed to [infectious disease]. It doesn't make any sense.

The same thing is for antibiotic resistance. That's a pandemic, a slow moving pandemic. It's not like the acute one that we're living with. But I tell you, it's happening in front of our eyes. It's almost like HIV when it started in 1980. People say it's nothing — it's a disease in San Francisco and they definitely underestimated the impact it would have. I feel like we have the same sort of pattern right now.

I'm advocating at every level I can to say let's not waste this crisis [the coronavirus pandemic] and let's create a world that would be better protected going forward.

It's going to need to be an international response of some kind. You really need something like a global Centers for Disease Control and Prevention, not a World Health Organization, which is policy and framing.

I'm trying to basically be an apostle for change. So I do whatever I can. I'm not a big influential guy, but I try.