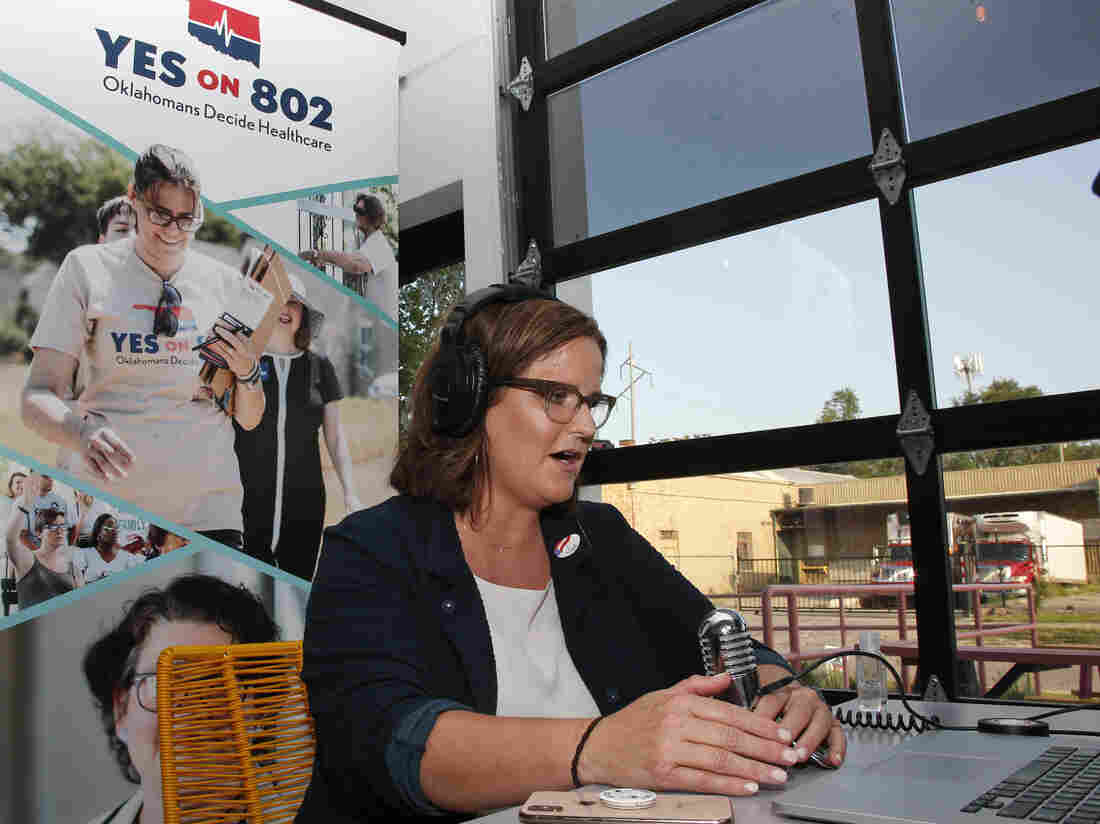 Amber England, who led the successful campaign for a ballot initiative to give 200,000 more Oklahomans health coverage, talked with supporters online this week. Voters narrowly approved the Medicaid expansion measure Tuesday, despite opposition by the state's governor and legislature. Sue Ogrocki/AP hide caption 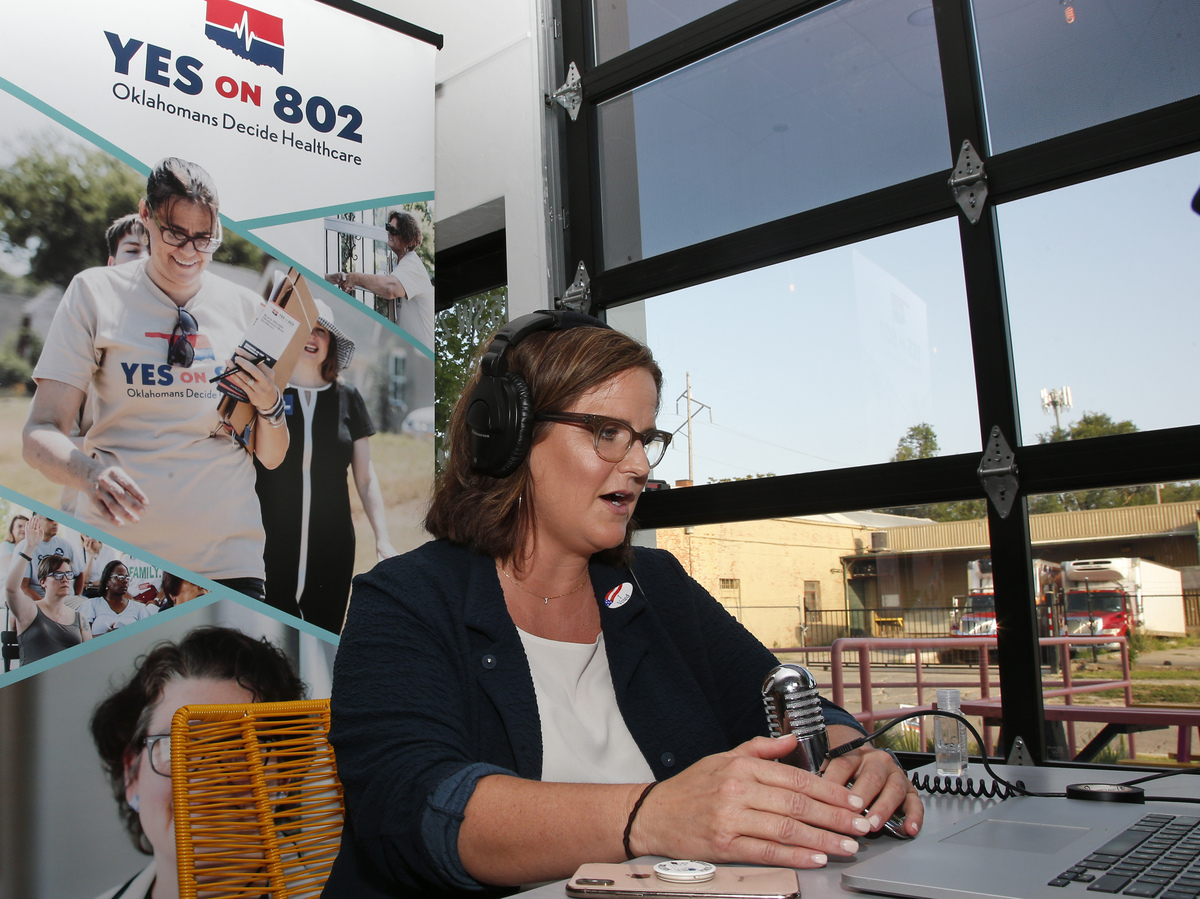 Amber England, who led the successful campaign for a ballot initiative to give 200,000 more Oklahomans health coverage, talked with supporters online this week. Voters narrowly approved the Medicaid expansion measure Tuesday, despite opposition by the state's governor and legislature.

Voters in Oklahoma narrowly approved a ballot measure Tuesday night to expand Medicaid to eligible adults who need health insurance. Oklahoma is now the 37th state to expand Medicaid under the Affordable Care Act; coverage will begin a year from now, on July 1, 2021.

Based on the final unofficial count, the measure passed with just over a 6,000-vote margin — less than one full percentage point.

Medicaid expansion was a key provision of the Affordable Care Act, but a Supreme Court ruling made it optional and left the decision up to each state. Medicaid is a public health insurance program for the poor, with states splitting the cost with the federal government.

Historically, Medicaid mostly covered low-income children and people with disabilities, but the Affordable Care Act allows states to expand access to Medicaid to uninsured adults who earn up to 138% of the federal poverty level. As an inducement, the federal government shoulders 90% of the cost of those newly-covered adults.

In Oklahoma, Medicaid expansion will likely help drive down the state's 14% uninsured rate, the second highest in the nation after Texas. It's estimated that at least 200,000 Oklahomans will be newly eligible for Medicaid, with enrollment potentially climbing even higher as millions lose their jobs amid the pandemic.

The vote highlighted an apparent divide on the issue between urban and rural voters: Support for expansion largely stemmed from the state's two largest cities, Oklahoma City and Tulsa. John Tidwell, who opposed the ballot measure as chair of the Vote No on 802 Association, emphasized the geographic divide in a Facebook post:

"Results are clear: A plan that claims to 'save rural health care' was overwhelmingly rejected by rural communities across Oklahoma," wrote Tidwell, who is also state director of Americans for Prosperity, a conservative PAC. "Voters in more than 90 percent of Oklahoma counties voted against SQ802."

The language used in the ballot measure ensures that Medicaid expansion is enshrined in the state's constitution, which would make it extremely difficult for Republican Gov. Kevin Stitt or the Republican-controlled legislature to dismantle the expansion in the future.

Now the question looming over the state is how the legislature will fund the state's 10% portion of the cost of the Medicaid expansion. The legislature's next session begins in February.

Senate Democratic Leader Kay Floyd, D-Oklahoma City, issued a statement, commending Oklahomans for voting to expand Medicaid. She affirmed her caucus is ready to begin work in ensuring its implementation.

"Our caucus has long supported and advocated for Medicaid expansion in Oklahoma," Floyd wrote. "We stand ready to work with our colleagues in the Legislature and Gov. Stitt to fund the state share, so we can fully implement Medicaid expansion as soon as possible."

Gov. Kevin Stitt had been a vocal opponent of the proposal, citing its potential costs even though the federal government will cover 90% of the costs for new enrollees.

Stitt has estimated the state might have to pay $160-200 million a year. According to The Oklahoman newspaper, Stitt says state legislators will have a tough time coming up with the required funding.

"You either pay for that by reducing roads and bridge funding, education funding, public safety funding, or you raise taxes," he said. "As your governor, I'm not raising taxes."