Accessibility links
Early Coronavirus Testing Restrictions Led To Some Big ER Bills : Shots - Health News People with COVID-19 symptoms in March and April were often billed for expensive scans and bloodwork because they didn't qualify back then for a confirmatory coronavirus test. Some are crying foul. 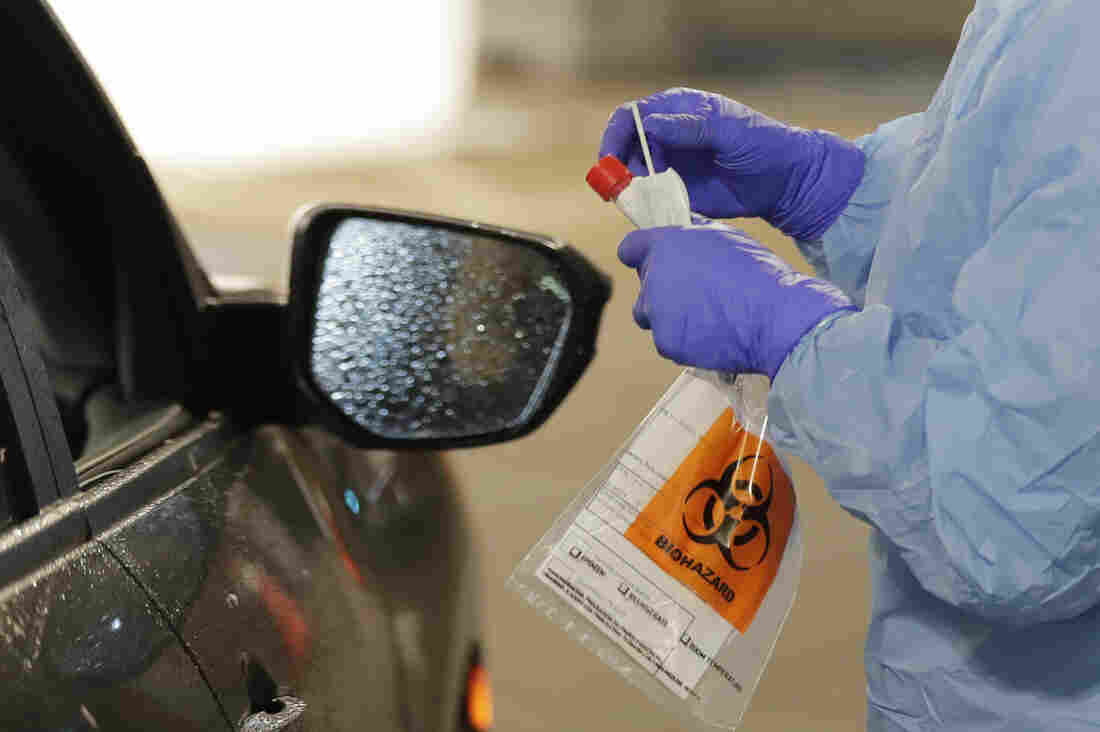 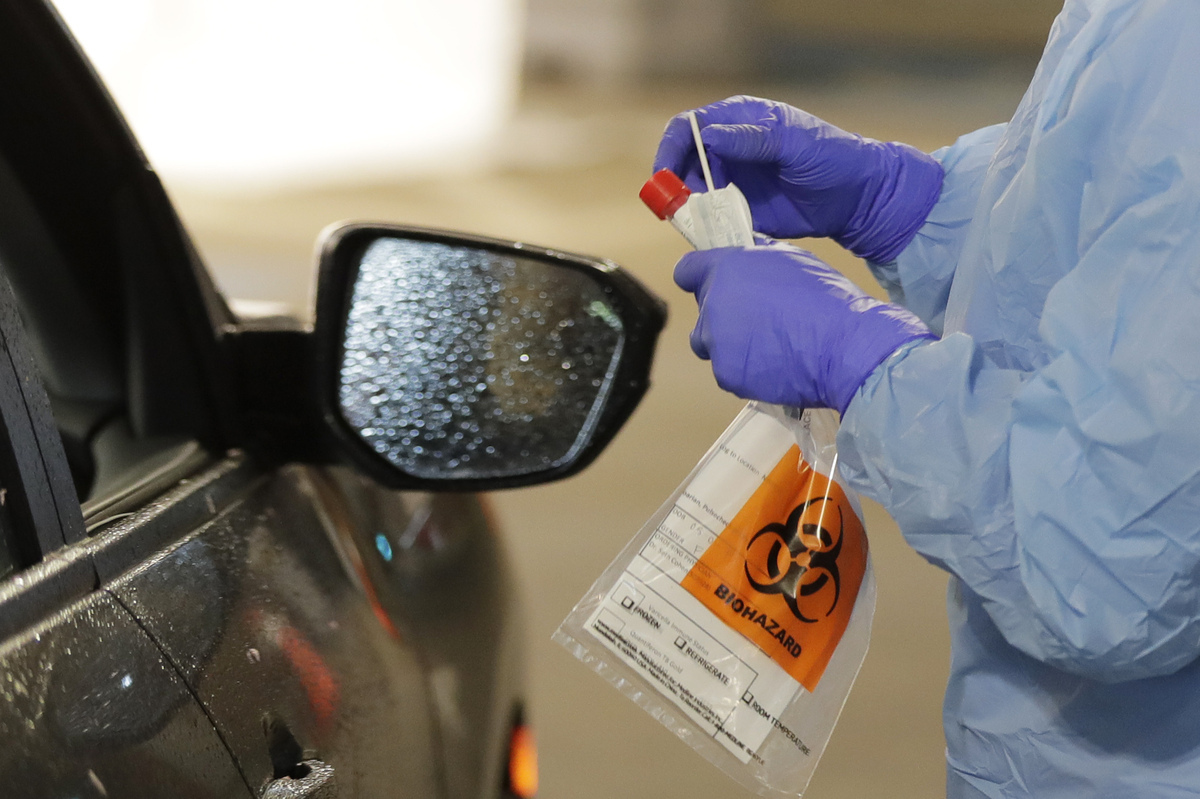 It wasn't easy in early March to get a test in the U.S. confirming you had the coronavirus — scarce availability of tests meant patients had to meet strict criteria linked to a narrow set of symptoms and particular travel history.

Fresh off a Caribbean cruise in early March, John Campbell developed a cough and fever of 104 degrees. He went to his primary care physician and got a flu test, which came up negative.

Then things got strange. Campbell says the doctor then turned to him and said, "I've called the ER next door, and you need to go there. This is a matter of public health. They're expecting you."

It was March 3, and no one had an inkling yet of just how bad the COVID-19 pandemic would become in the United States.

At the JFK Medical Center near his home in Boynton Beach, Fla., staffers met him in protective gear, then ran a battery of tests — including bloodwork, a chest X-ray and an electrocardiogram — before sending him home. Because he had not traveled to China — a leading criterion at the time for coronavirus testing — Campbell was not swabbed for the coronavirus. 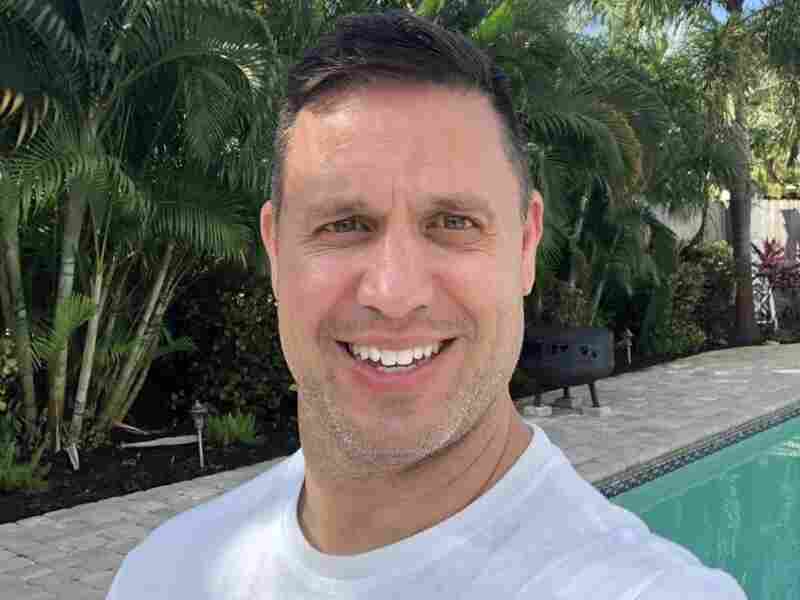 When John Campbell developed his first symptoms in early March of what turned out to be COVID-19, doctors didn't give him a confirmatory swab test because he hadn't traveled to China. Because of a loophole in federal rules, that meant his insurer didn't have to cover the diagnostic exams and tests he underwent in the ER at the time. John Campbell hide caption 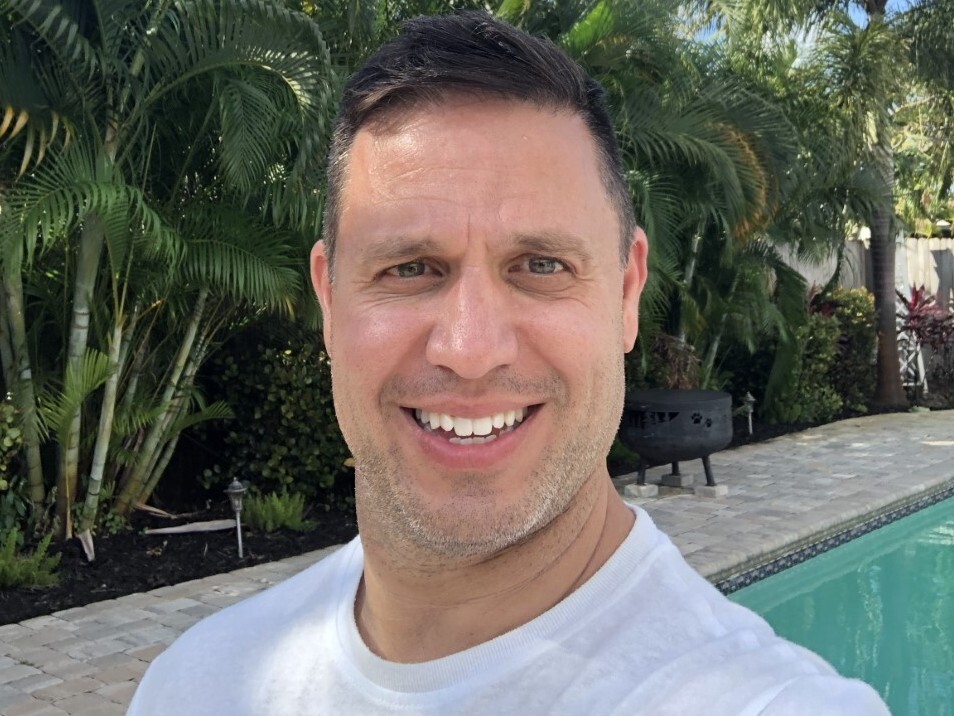 When John Campbell developed his first symptoms in early March of what turned out to be COVID-19, doctors didn't give him a confirmatory swab test because he hadn't traveled to China. Because of a loophole in federal rules, that meant his insurer didn't have to cover the diagnostic exams and tests he underwent in the ER at the time.

A $2,777 bill for the emergency room visit came the next month.

Now Campbell, 52, is among those who say they were wrongly billed for the costs associated with seeking a COVID-19 diagnosis.

While most insurers have promised to cover the costs of testing and related services — and Congress passed legislation in mid-March enshrining that requirement — there's a catch. The law requires the waiver of patient cost-sharing only when a coronavirus test is ordered or administered.

Essential Worker Shoulders $1,840 Debt For Trying To Get A Coronavirus Test

And therein lies the problem. In the early weeks of the pandemic and through mid-April in many places, testing was often limited to those with specific symptoms or situations, likely excluding thousands of people who had milder cases of the virus or had not traveled overseas.

"They do pay for the test, but I didn't have the test," says Campbell, who appealed the bill to his insurer, Florida Blue. More on how that turned out later.

"These loopholes exist," says Wendell Potter, a former insurance industry executive who is now an industry critic. "We're just relying on these companies to act in good faith."

Exacerbating the problem, many of these patients were directed to go to hospital emergency departments — the most expensive place to get care — which can result in huge bills for patients.

Insurers say they fully cover costs when patients are tested for the coronavirus, but what happens with enrollees who sought a test — but were not given one — is less clear.

Kaiser Health News asked nine national and regional insurers for specifics about how they are handling these situations.

Responses to those queries have been mixed. Three — UnitedHealthcare, Kaiser Permanente and Anthem — say they do some level of automatic review of potential COVID-19-related claims from earlier in the pandemic, while a fourth, Quartz, says it will investigate and waive cost sharing for suspected COVID-19 patients if the member asks for a review. Humana says it is reviewing claims made in early March, but only those showing confirmed or suspected COVID-19. Florida Blue, similarly, says it is manually reviewing claims, but only those involving COVID tests or diagnoses. The remaining insurers point to other efforts, such as routine audits that look for all sorts of errors, along with efforts to train hospitals and doctors in the proper COVID billing codes the providers should use to ensure that their patients aren't incorrectly hit with a bill. Those were Blue Cross Blue Shield of Michigan, CIGNA and the Health Care Services Corp., which operates Blue Cross plans in Illinois, Montana, New Mexico, Oklahoma and Texas.

All nine insurers say patients should reach out to them or appeal a claim if they suspect an error.

To be sure, it would be a complex effort for insurers to go back over claims from March and April, looking for patients who might qualify for a more generous interpretation of the cost waiver because they were unable to get a coronavirus test. And there's nothing in the CARES Act passed by Congress — or subsequent guidance from regulatory agencies — about what to do in such situations.

Still, insurers could review claims, for example, by looking for patients who received chest X-rays and diagnoses of pneumonia or high fever and cough, checking to see if any might qualify as suspected COVID-19 cases, even if they were not given a diagnostic test, Potter says.

One thing is clear from the responses from insurers to our questions: Much of the burden falls on patients who think they've been wrongly billed – it's left to them to call that to the attention of the insurer and the hospital, urgent care center or doctor's office where they were treated.

Some states have broader mandates that could be read to require the waiver of cost sharing even if a COVID-19 test was not ordered or administered, says Sabrina Corlette, a research professor and co-director of the Center on Health Insurance Reforms at Georgetown University.

But no matter where you live, she says, patients who get bills they think are incorrect should contest them.

"I've heard a lot of comments that claims are not coded properly," says Corlette. "Insurers and providers are on a learning curve. If you get a bill, ask for a review."

In some places, including the state of Indiana, the city of Los Angeles and St. Louis County, Mo., a test is now offered to anyone who seeks one. Until recently, tests were scarce and essentially rationed, even though more comprehensive testing could have helped health officials battle the epidemic.

But even in the early weeks, when Campbell and many others sought a diagnosis, insurers nationwide were promising to cover the cost of testing and related services. That was good public relations and good public health: Removing cost barriers to testing means more people will seek care and thus could prevent others from being infected. Currently, the majority of insurers offering job-based or Affordable Care Act insurance say they are fully waiving copays, deductibles and other fees for testing, as long as the claims are coded correctly. (The law does not require short-term insurance plans to waive cost sharing.) Some insurers have even promised to fully cover the cost of treatment for COVID-19, including hospital care.

But getting stuck with a sizable bill has become commonplace.

"I only went in because I was really sick and I thought I had it," says Rayone Moyer, 63, of La Crosse, Wis., who was extra concerned because she has diabetes. "I had a hard time breathing when I was doing stuff."

On March 27, she went to Gundersen Lutheran Medical Center, which is in her Quartz insurance network, complaining of body aches and shortness of breath. Those symptoms could be COVID-19 related, but could also signal other conditions. While there, she was given an array of tests, including bloodwork, a chest X-ray and a CT scan.

"My insurance applied the whole thing to my deductible," Moyer says. "Because they refused to test me, I've got to pay the bill. No one said, 'Hey, we'll give you $3,000 worth of tests instead of the $100 COVID test,'" she says.

Quartz spokesperson Christina Ott says patients with concerns like Moyer's should call the insurance company's customer service number and ask for an appeals specialist. The insurer, she says, will waive cost sharing for some members who sought a diagnosis.

"During the public health emergency, if the member presented with similar symptoms as COVID, but didn't receive a COVID-19 test and received testing for other illnesses on an outpatient basis, then cost sharing would be waived," she says.

Moyer says she has filed an appeal and was notified by the insurer of a review expected in mid-July. Back in Florida, Campbell filed an appeal of his bill with Florida Blue on April 22 but didn't hear anything until the day after a KHN reporter called the insurer in June to ask about his case.

Then, Campbell received phone calls from Florida Blue representatives. A supervisor apologized, saying the insurer should not have billed him and that 100% of his costs would be covered.

"Basically they said, 'We've changed our minds,'" Campbell says. "Because I was there so early on, and the bill was coded incorrectly."

KHN is a nonprofit, editorially independent program of Kaiser Family Foundation. KHN is not affiliated with Kaiser Permanente.