Accessibility links
How Long Does COVID-19 Immunity Last After Recovering? : Shots - Health News Recent studies have raised fears that immunity to the coronavirus might be fleeting, thus making potential vaccines ineffective. The reality of the science is more complex — and more reassuring. 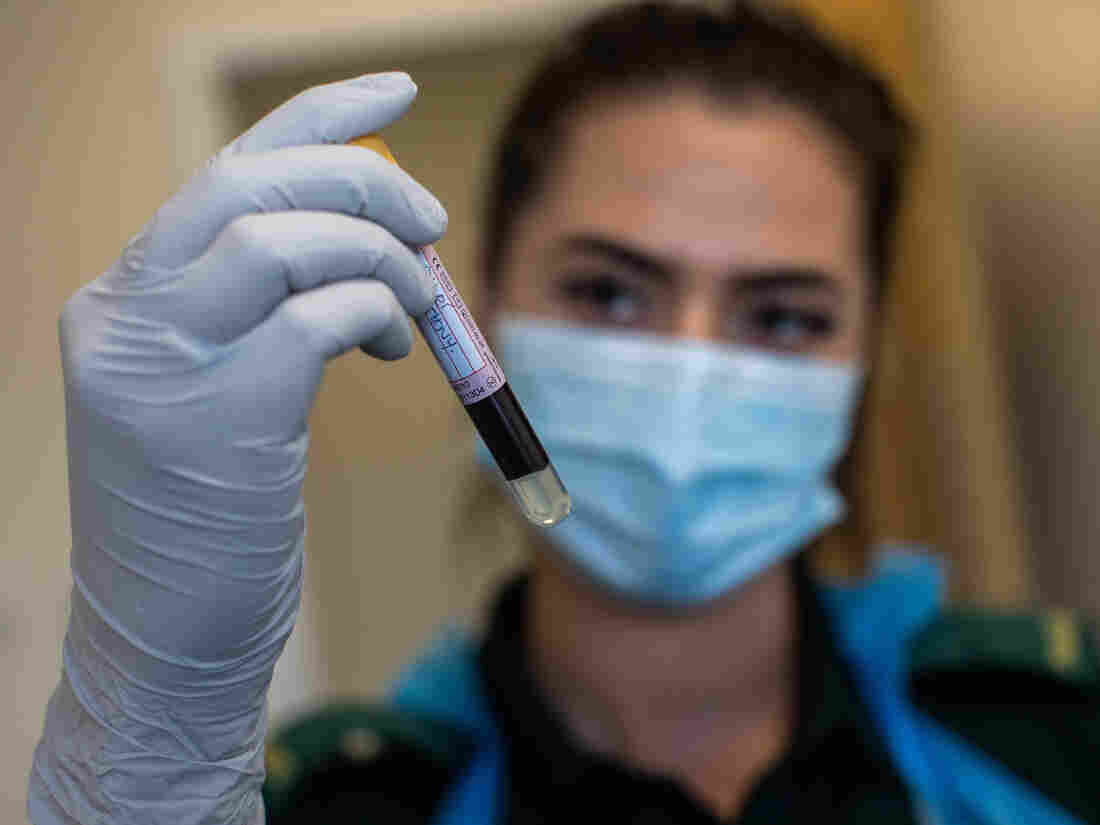 Researchers have been investigating how long antibodies to the coronavirus last in people who have recovered from infections. Simon Dawson/Pool via AP hide caption 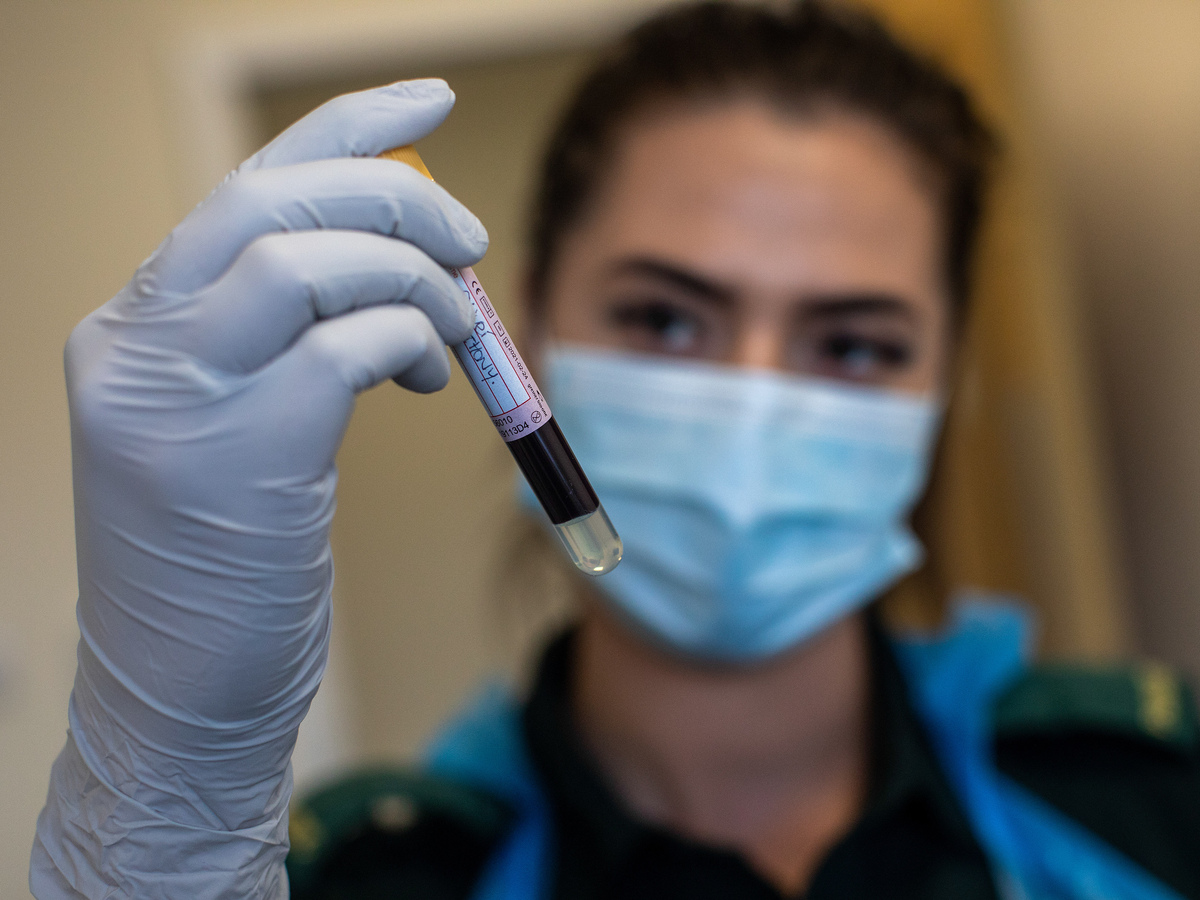 Researchers have been investigating how long antibodies to the coronavirus last in people who have recovered from infections.

So many people are counting on a vaccine to help end the coronavirus pandemic that any hint of bad news gets a lot of attention. That's proving to be the case for a series of studies examining how long antibodies persist in people who have been infected with the coronavirus.

Antibodies help ward off infections. In some diseases, they can prevent re-infection, though scientists can't say for sure if that's true for the coronavirus. And it's also not clear how long antibodies linger.

Three recent studies – from China, Britain and now the United States – have called into question how long people carry antibodies after infection. But the reality may be less dire than recent headlines suggest.

The latest of these papers is from a research group at UCLA. It tracked antibodies in 34 people with the coronavirus and found that the average antibody levels dropped to half of where they started over a period of about 2 1/2 months.

"The big caveat is of course that this is just one snapshot for a relatively short period of time," says Dr. Otto Yang at UCLA, "so we don't know that it will continue that same rate of drop over time."

Scientists have noticed that people with milder symptoms — or no symptoms at all — tend to have a weaker immune response to the coronavirus. And Yang's letter, published online in The New England Journal of Medicine, focused on people with mild illness.

"The majority just recovered at home with no hospital care, so their antibody titers [levels] weren't extremely high," Yang says. "Indeed, we have seen other people that have very, very high antibody titers, on the order of 10 to 100 times higher than these."

A research group based at the Icahn School of Medicine at Mt. Sinai in New York looked at nearly 20,000 people with mild to moderate illness. The group tells a more reassuring story in an unpublished research report.

It finds that 90% of those people had antibody responses that lasted at least three months. And these antibodies neutralized the virus, at least in the lab.

"It's reasonable to assume that there will be protection for a time frame of one to three years.," says Florian Krammer, one of the scientists on that study. "But of course, we are scientists. We have to prove that, right? That's why everyone's cautious about it. But I think that's a pretty fair assumption."

Scientists focus a lot on antibodies as markers of immunity in part because they are easy to measure. Antibodies do tend to wane over time in many instances, but when that happens, the immune system doesn't necessarily have to start again from scratch. Memory of a past infection can be stored in a cell called a memory B cell.

"Those are cells that don't actually make any antibodies unless the virus comes back, and then they see that virus again," Krammer says. "But then they react very, very quickly and make antibodies quickly. So, there are many arms that the immune system has to tackle this virus."

Yet another line of defense is a kind of immune cell called a T cell.

"T cells are very important in fighting viruses," says Dr. Kari Nadeau at Stanford University. They can kill viruses. "And so, one thing we're looking at [is] as the antibodies wane, do the T-cell responses also wane?"

Scientists developing some of the coronavirus vaccines have noticed that their experimental products spark a strong T-cell response. That includes the vaccine from the University of Oxford, which is in an advanced stage of testing.

"We know from many other infections, the vaccine response can be much more durable than the natural infection response," says Adrian Hill, who is the principal investigator for this vaccine study.

That's partly because people get a strong dose with a vaccine, which stimulates strong immunity.

"I'm pretty confident that in COVID we're going to see the vaccines are more durable than a natural COVID infection," Hill says. "But again, we don't know yet. We need to wait and see."

And, for now, people who have already been infected with the coronavirus will also have to wait and see whether they remain immune, and if so for how long.

Immunity to four milder coronaviruses, which circulate widely and cause common colds, doesn't persist for years on end. So, the duration of an antibody response may depend at least in part on whether an infection led to a significant illness – and a significant immune reaction.