Accessibility links
LGBTQ Youth Mental Health Survey: 40% Have Considered Suicide In The Past Year : Shots - Health News A survey by The Trevor Project found that 40% of young LGBTQ people have considered suicide in the last year. The pandemic has only exacerbated mental health issues LGBTQ youth already face. 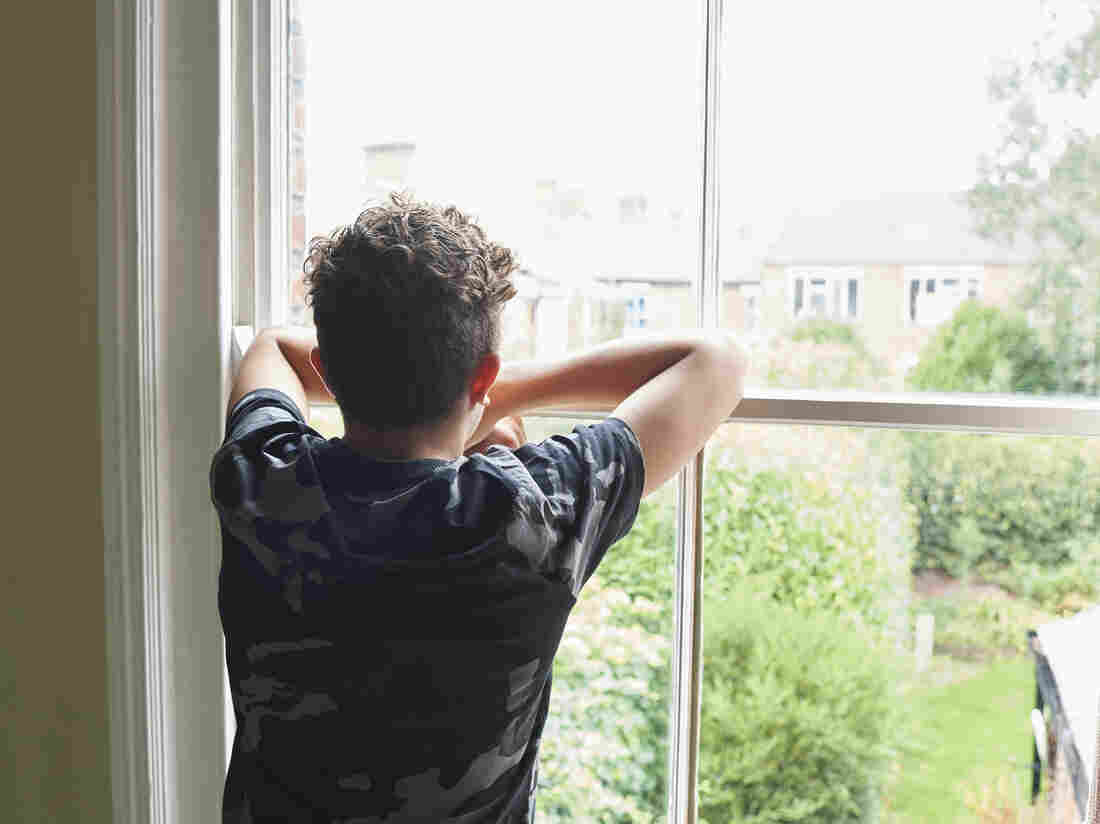 A high number of LGBTQ teens and youth struggle with mental health issues, according to a new survey by The Trevor Project. Richard Drury/Getty Images hide caption 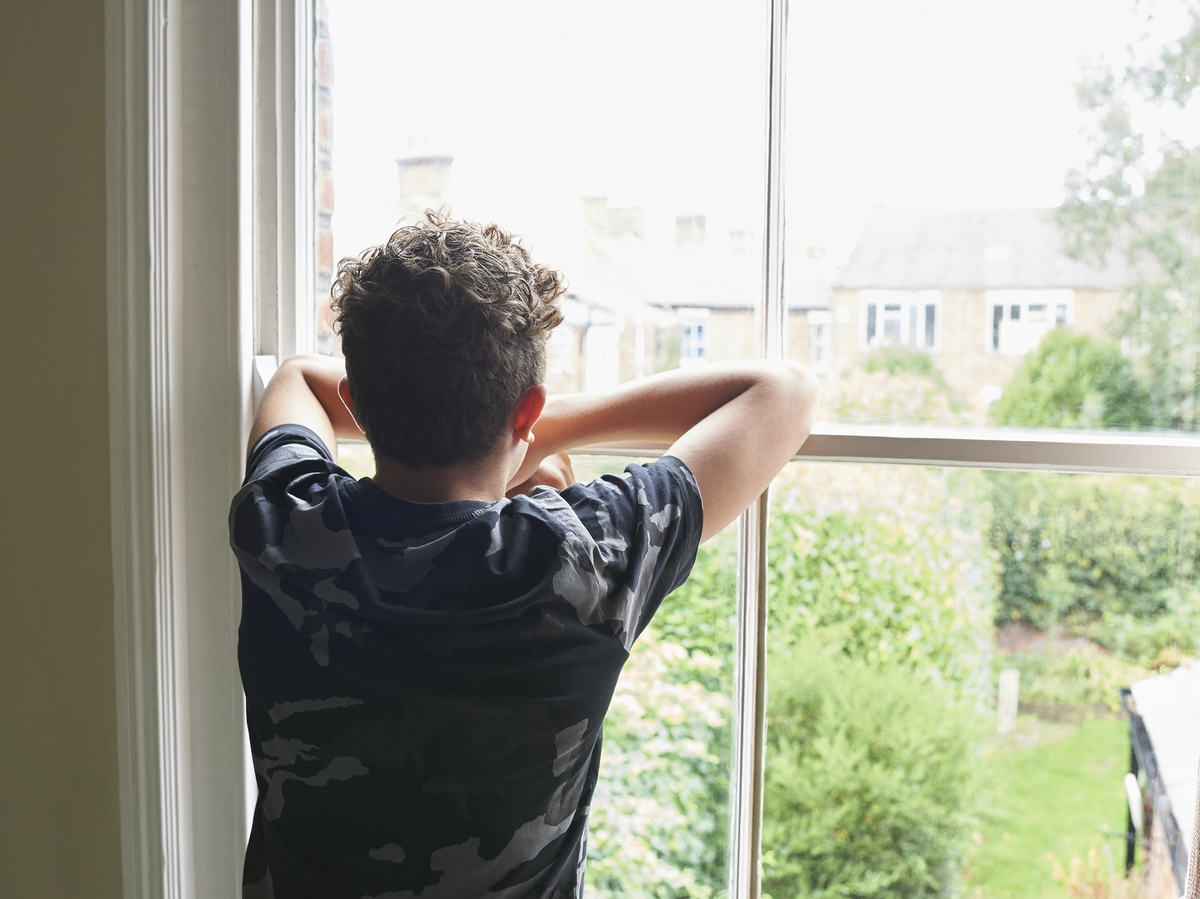 A high number of LGBTQ teens and youth struggle with mental health issues, according to a new survey by The Trevor Project.

Forty percent of young LGBTQ people have considered suicide in the last year; that rises to more than half for trans and non-binary youth.

That's according to the second annual survey on LGBTQ youth mental health by The Trevor Project. The non-profit organization provides crisis intervention and suicide prevention services to LGBTQ people under the age of 25.

Two years of data isn't enough to show trends, says clinical psychologist Amy Green, who is also the director of research at The Trevor Project. But what they do show, she says, is that "the numbers are high and staying high, in terms of mental health."

"LGBTQ youth already deal with housing instability, food insecurity and trouble accessing health care," she says. "All of that is exacerbated by a pandemic."

More than 40,000 people, age 13 to 24, responded to the survey, which The Trevor Project says is the largest of its kind. It was conducted between December 2019 and March 2020 — as COVID-19 restrictions began to take hold.

Many students and recent graduates had to decide whether to move back in with their families. 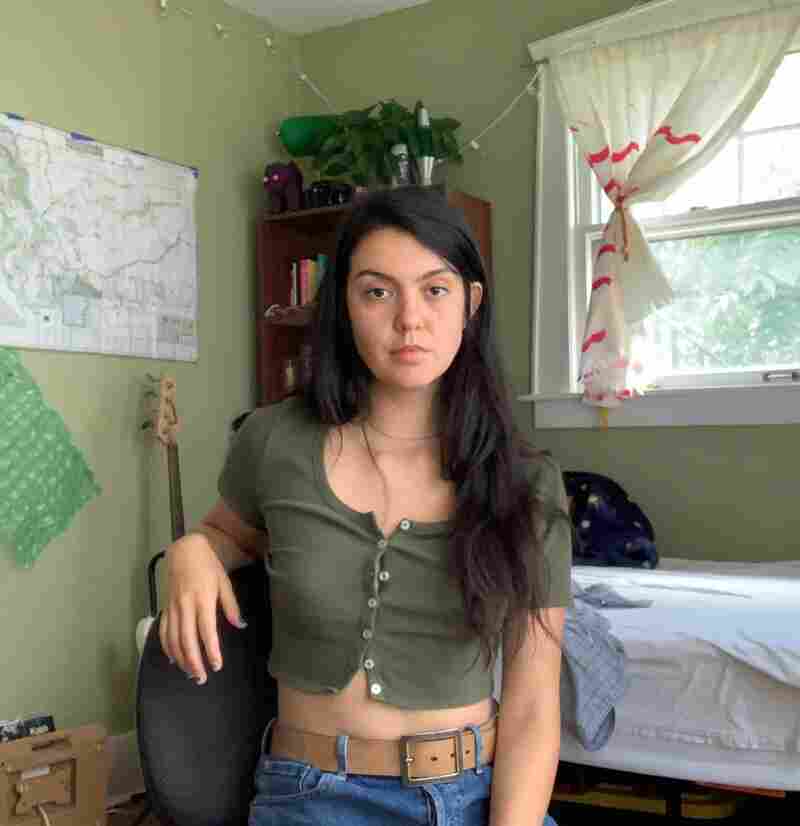 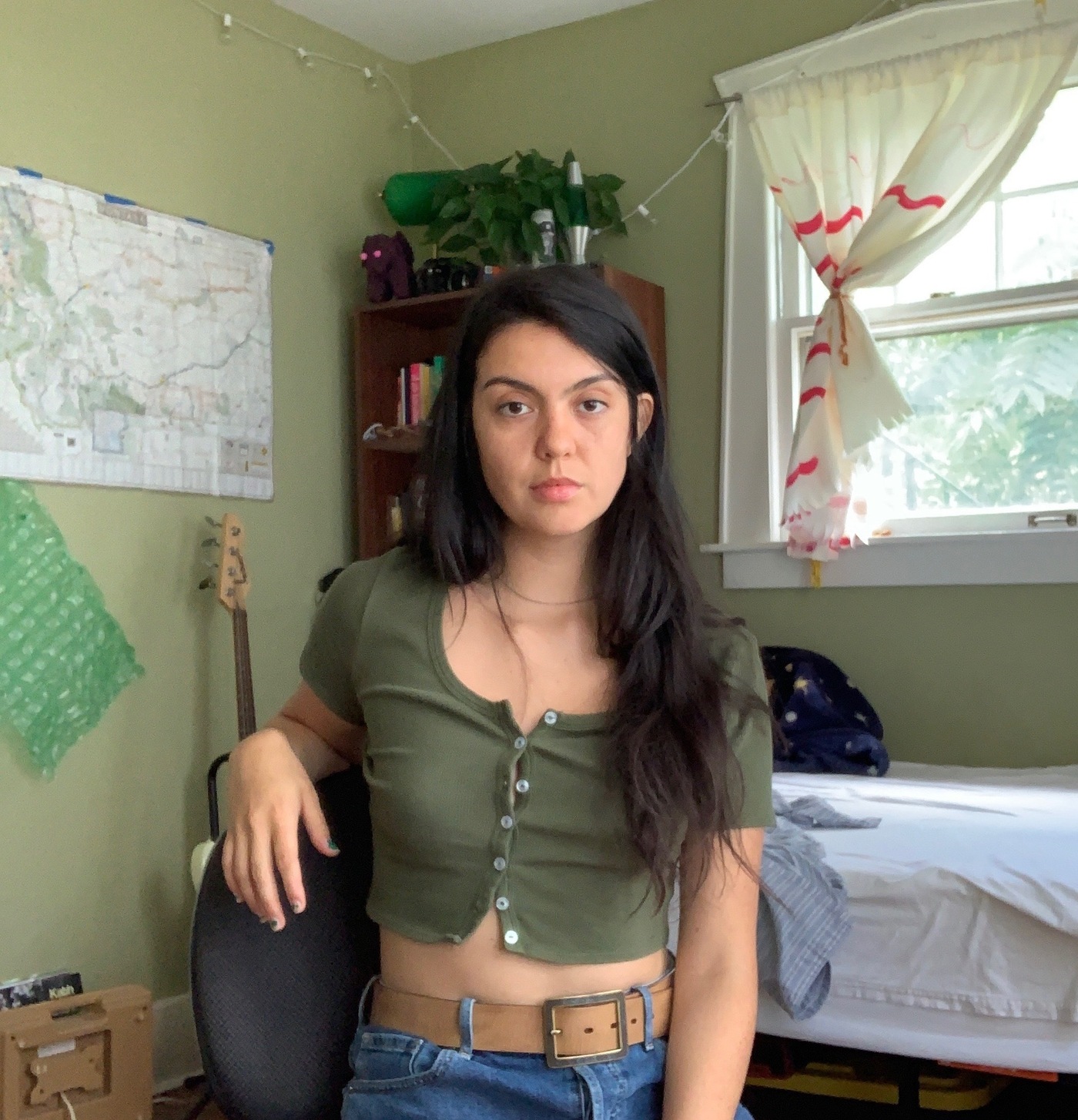 For 24-year old Mia Soza, going home was not an option. Soza moved to Nashville earlier this year. She quit her job at a flower shop when the stress of dealing with racist customers got to be too much. Living in a new city was already hard; the pandemic and unemployment only added to the pressure.

Soza says she hasn't met anyone in Nashville who she can relate to about being "queer and brown."

"I am very unstable right now," Soza says. "I am lucky to be living with friends. But I don't receive any support from my parents, largely because they don't really accept me because of my identity. They are Trump supporters and also Latino."

That sentiment is reflected in the survey results as well: 86% of LGBTQ youth said recent politics have negatively impacted their well-being, up from 76% last year.

While it's "liberating to feel the comfort of knowing" who she is, Soza says she feels like a lot of things haven't changed since her middle and high school days. "I feel very much like that kid, there is no one to talk to."

The survey found that 46% of LGBTQ youth said they wanted counseling from a mental health professional but were unable to receive it in the past 12 months. The top barriers were affordability and parental permission.

Not being accepted by family members also can have an impact on mental health. Six out of 10 LGBTQ youth said that someone — a relative, religious leader — tried to convince them to change their sexuality or gender.

But even those who live in an accepting family face challenges.

Madison Hall was laid off from her job in February and had plans to go home to visit her parents in March. But her two-week stay turned into multiple months due to the pandemic. The 23-year-old says it's the longest she's spent with her parents since coming out to them as trans.

Hall says her parents were always affirming. Yet, she says, she still wasn't comfortable being her full self in front of them when she moved back in. She characterizes the process as a "trust exercise," requiring much back and forth. 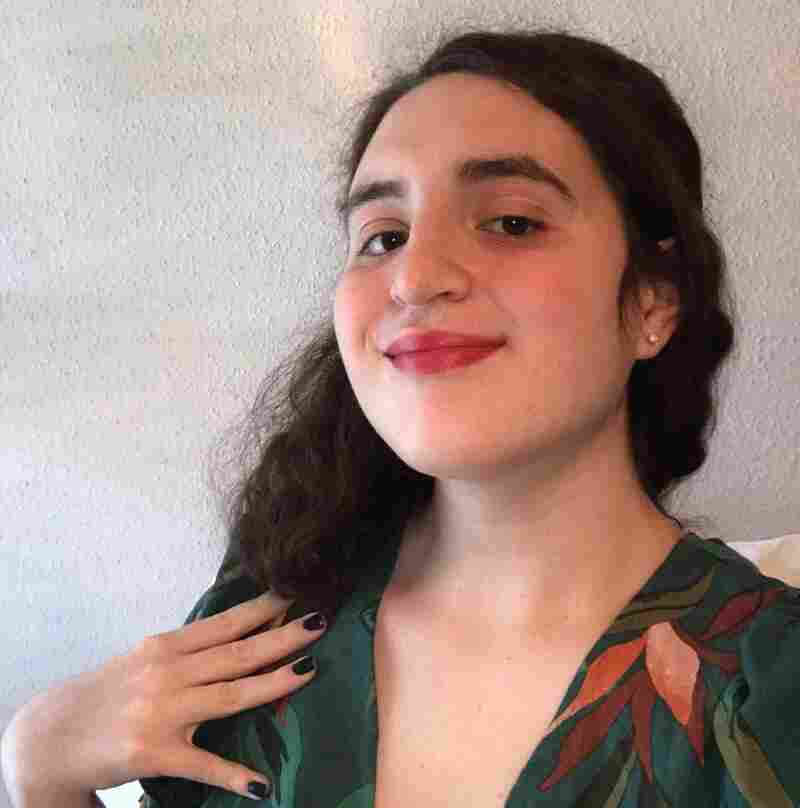 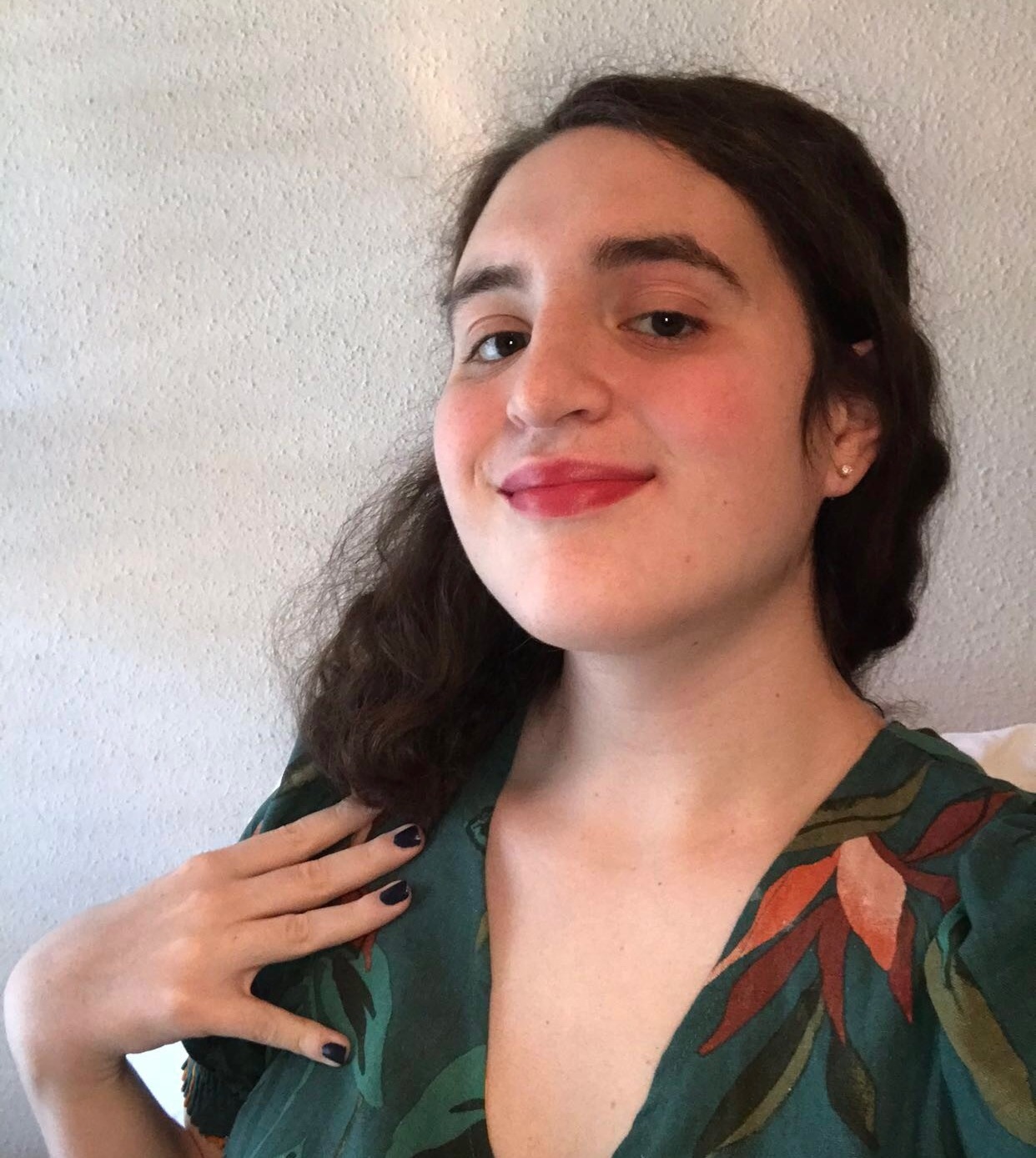 "Yes, I'm her daughter and child, but those 'Let me dress you up' kind of bonds that stem from childhood aren't necessarily there," Hall says of her mom. "She wants to be let in, and I have to let my parents in. I think that's probably a good metaphor to transitioning in general for me. It's letting them know a little, little by little, until we're on the same page."

The time together is improving Hall's relationship with her parents, and she says it's had a positive effect on her mental health.

Navigating The Coming Out Conversation — From Both Sides

Amit Paley, CEO of The Trevor Project, says that one affirming adult can have a big impact on LGBTQ youth.

"We saw that LGBTQ young people who have an accepting adult in their lives were 40% less likely to attempt suicide, which is is a huge impact from a public health perspective," he said during an interview with NPR.

Rhys Hilicki, 17, also has supportive parents. When he came out to them as trans two years ago, Hilicki says they began calling him by his correct name and pronouns almost immediately. 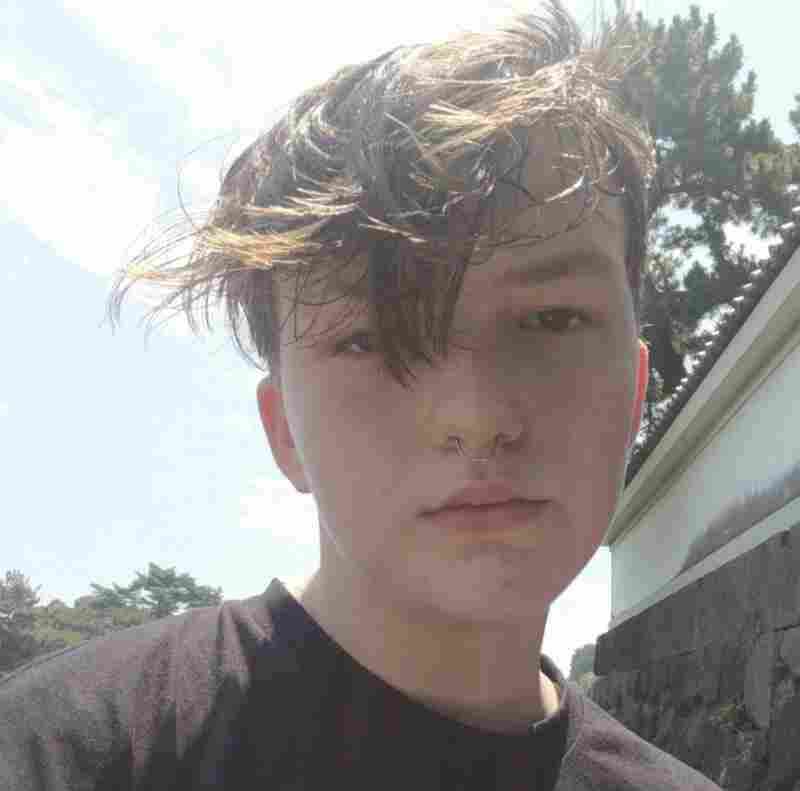 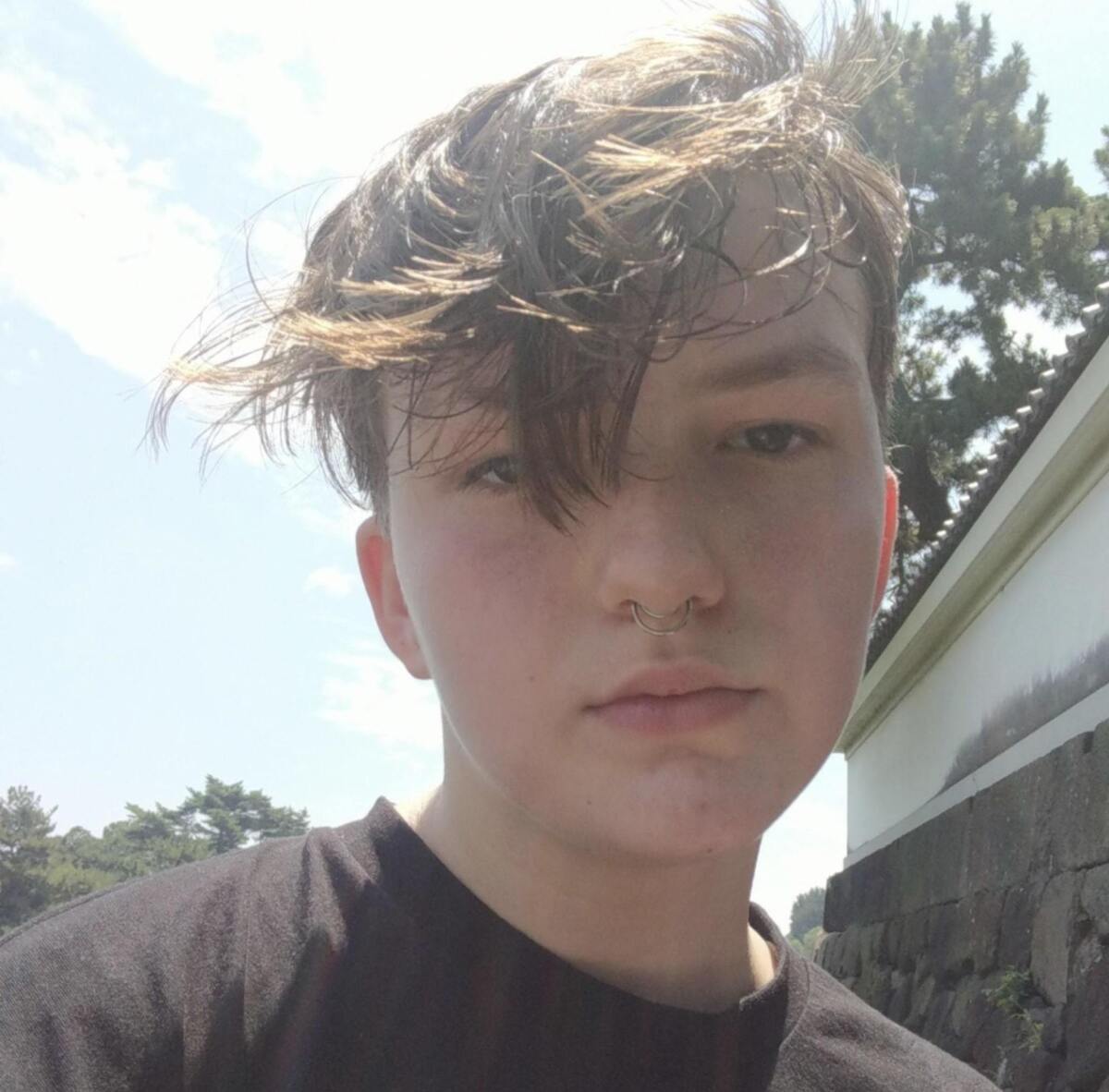 "They remind me to take my medicine and my testosterone shots, they've supported me through my transition and helped me financially with it," he says. "And they've really helped me come out of my shell."

Hilicki says knowing his parents see him fully helps with his depression and anxiety.

Feelings like these are common among LGBTQ youth: 68% percent said they'd experienced generalized anxiety disorder in the past two weeks at the time of the survey, including more than three in four transgender and non-binary youth.

"The reason they face these elevated risks of suicide is not because there is something inherently wrong with LGBTQ people," he says. "The reason that they are facing these negative outcomes is because of the discrimination and bias that exists in society today."

The survey found one in three LGBTQ youth reported that they had been physically threatened or harmed in their lifetime due to their LGBTQ identity. Paley says support from parents and guardians can save lives.

"We hope that people will see those stories of parents who are understanding that when someone comes out it doesn't change who they are," he says. "It's just a part of their identity and it allows them to hopefully be their fuller selves."