Accessibility links
Vaccine Prices For COVID-19 Begin To Emerge : Shots - Health News Moderna, one of the leading horses in the coronavirus vaccine race, has already made deals at between $32 and $37 a dose for some foreign countries. The U.S. price is expected to be lower. 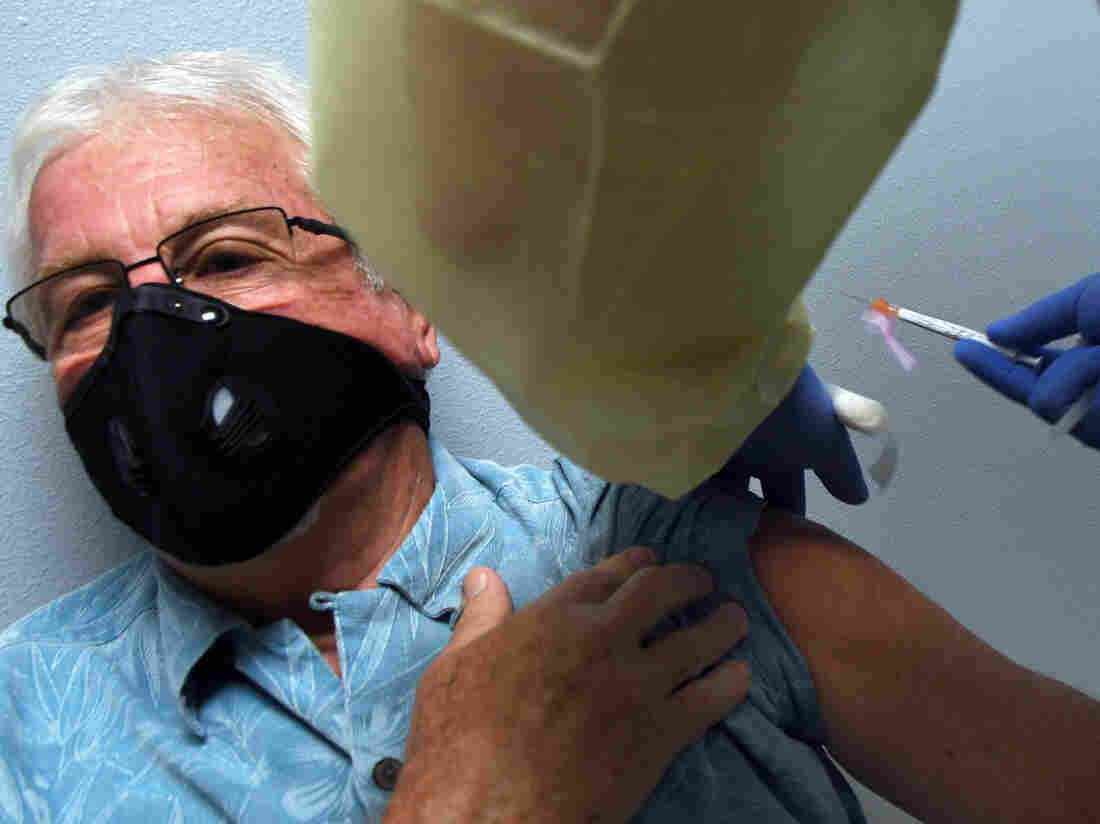 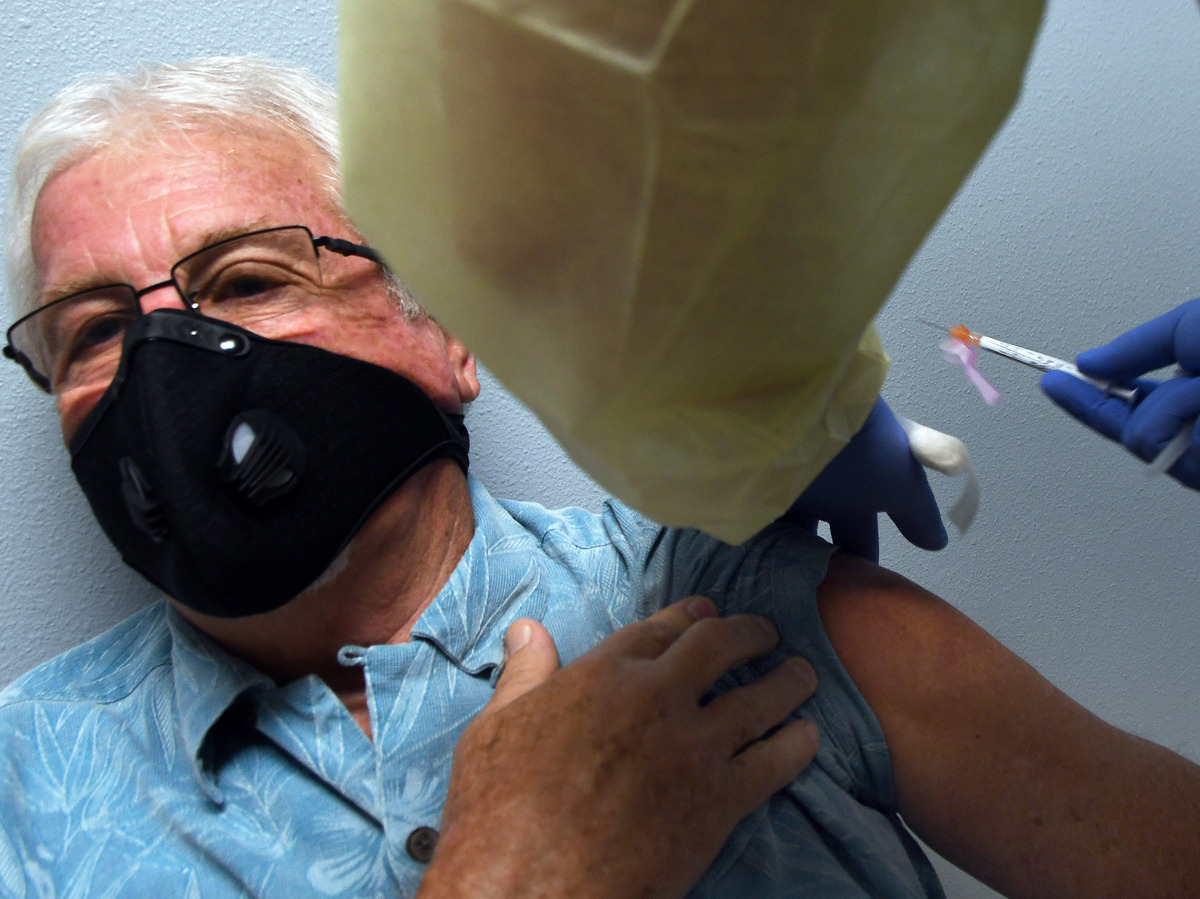 How much will vaccines against the coronavirus cost? Even though none has finished clinical testing, some clues about pricing are starting to emerge.

Cambridge, Mass.-based Moderna, one of the leading horses in the vaccine race, has already made deals at between $32 and $37 per dose of its experimental coronavirus vaccine in agreements with some foreign countries, rattling consumer advocates, who fear an unfair deal for U.S. taxpayers.

These Moderna prices reflected "smaller volume agreements," Moderna CEO Stéphane Bancel said during a conference call Wednesday to discuss the company's second-quarter financial results. He added that the price would come down for larger volume agreements, hinting at a lower price for U.S. taxpayers.

Still, advocates are worried. Moderna has been developing its vaccine with hundreds of millions of dollars' worth of help from the federal government.

In mid-April, the drugmaker won a $483 million award from BARDA, the federal Biomedical Advanced Research and Development Authority, toward research and development of its coronavirus vaccine. And that award could ultimately be worth almost $1 billion if the company meets all its goals under the contract, according to federal records.

Moderna has been working on its vaccine with the National Institute of Allergy and Infectious Diseases, which anticipates spending an additional $410 million on the effort. This includes money for preclinical and early clinical research, but the bulk of it is going toward the crucial phase three clinical trial that began on July 27 and will include up to 30,000 people.

Given the upfront investment in the Moderna vaccine by the government, there are sharp questions about its eventual pricing. "It's a classic example of taxpayers paying twice for medicines," says Zain Rizvi, a law and policy researcher at Public Citizen focused on pharmaceuticals. "Now it wants to turn around and charge those very same taxpayers the highest public price for a potential COVID-19 [vaccine]. That's outrageous."

The federal government has been announcing procurement agreements over the past few months with pharmaceutical companies that are part of Operation Warp Speed, the Trump administration's push to have a vaccine widely available by January. So far, the prices implied by publicly released deals work out to between $4 and $20 per dose.

Moderna's procurement contract with the United States hasn't been announced, but a company spokesperson told NPR in an email that it is "committed to responsible pricing."

Pfizer's agreement with the federal government is the most lucrative to date. The government agreed to buy 100 million doses of the Pfizer coronavirus vaccine, being developed with German biotech firm BioNTech, for $1.95 billion. That works out to about $20 per dose.

Since Pfizer's contract did not include research funding from the federal government, it's not under the same pressure as some of the other vaccine makers to keep prices low for U.S. taxpayers.

The Moderna and Pfizer vaccines are expected to require two doses to protect against the coronavirus.

On July 21, U.S. Rep. Jan Schakowsky, D-Ill., asked vaccine manufacturers at a House Committee on Energy and Commerce hearing whether they would commit to selling their vaccines "at cost," meaning for no profit.

She turned to Moderna's president, Stephen Hoge, first. "We will not sell it at cost," he replied.

"You will what?" she asked.

Merck also declined to make this pledge during the hearing. AstraZeneca said its existing deal with the U.S. didn't generate a profit, and Johnson & Johnson said it wouldn't make a profit "during the pandemic."

Moderna views pricing of its coronavirus vaccine in two stages: the pandemic period and the endemic period, CEO Bancel said Wednesday during the conference call.

"At Moderna, like many public health experts, we believe that SARS-CoV-2 virus is not going away, and that there will be a need to vaccinate people or give them a boost for many years to come," he told investors.

During the pandemic period, he said the vaccine would be priced "well below value," but afterward, it would be more in line "with other innovative commercial vaccines." That means prices could go up.

"The reality is that this is not just a free market arrangement," she says. "The U.S. government has put up a billion dollars towards the development of the vaccine, and in doing so, should have realized that it has significant leverage and [negotiated] contract terms that are favorable to the American public and worldwide."

Not everyone agrees. Adam Mossoff, a law professor at George Mason University who specializes in intellectual property, says efforts to control vaccine and drug prices during the COVID-19 pandemic could have ripple effects in the biopharmaceutical industry, ultimately stifling innovation.

He says it's a slippery slope to say taxpayers are paying twice for pharmaceuticals because they also financed part of the research. "Because the government is involved in everything in our society, the principles we're establishing would justify the government to dictate prices on not just medicines but also on all products and services from automobiles to smartphones," he says.

It's not clear exactly how much of the bill taxpayers are footing for Moderna's vaccine. Under its contract with BARDA, Moderna is required to disclose regularly the proportion of its funding that comes from the federal government. Public Citizen and Knowledge Ecology International say it hasn't.

"It appears to be violating that contract and implicitly downplayed the critical role of federal scientists in its press releases," Public Citizen's Rizvi said. "This is shocking in some way, but it's also just another example of the erasure of publicly funded science that large pharmaceutical corporations often do."

"The trust of the American people is vital in the all-of-America response to the ongoing COVID-19 pandemic," Disbrow wrote, stressing his colleagues' commitment to transparency regarding vaccine development. "The contracting officer responsible for the Moderna contract has been in touch with the company and will ensure their compliance with their contractual requirements."