Accessibility links
A Better Way To 'Dub' Movie Audio For Visually Impaired Fans : Shots - Health News Most non-English films made outside the U.S. are inaccessible to many of the 26.9 million visually impaired Americans. "Dubbing just tells us the dialogue," one disability rights activist explains. 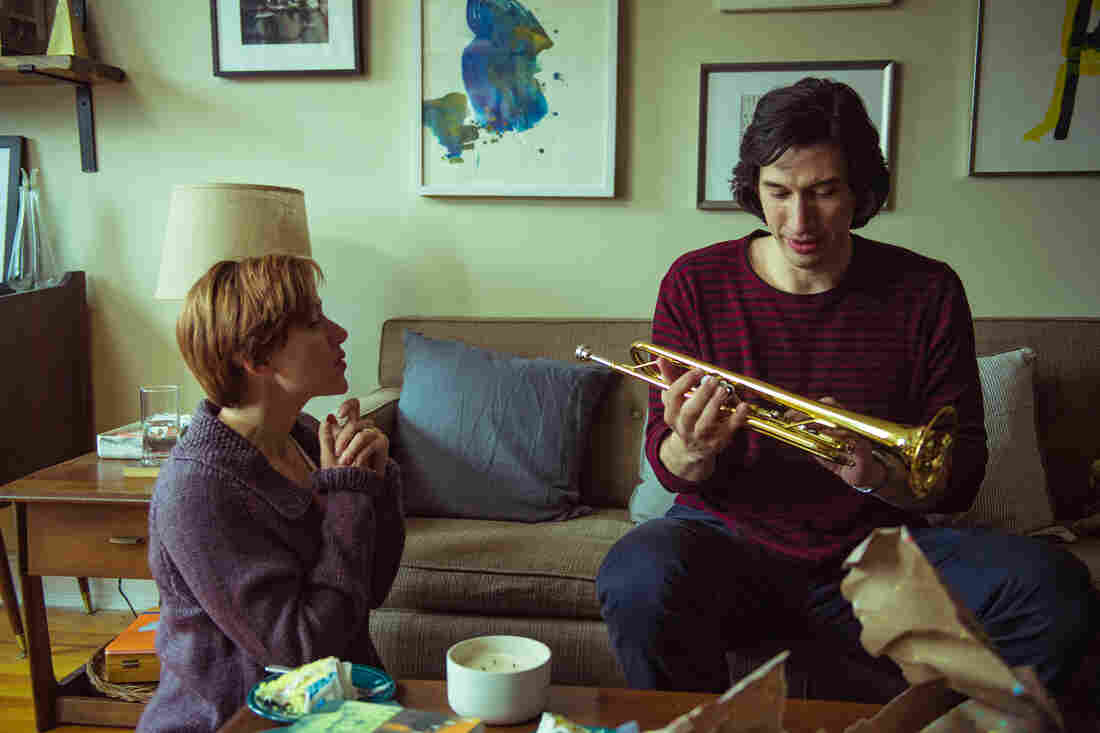 Actors Scarlett Johansson and Adam Driver in a scene from Marriage Story. The award-winning 2019 film can be watched with audio description that conveys scenes to viewers who are visually impaired. But Parasite, another popular award-winner, has not included such descriptions. Wilson Webb/Netflix hide caption 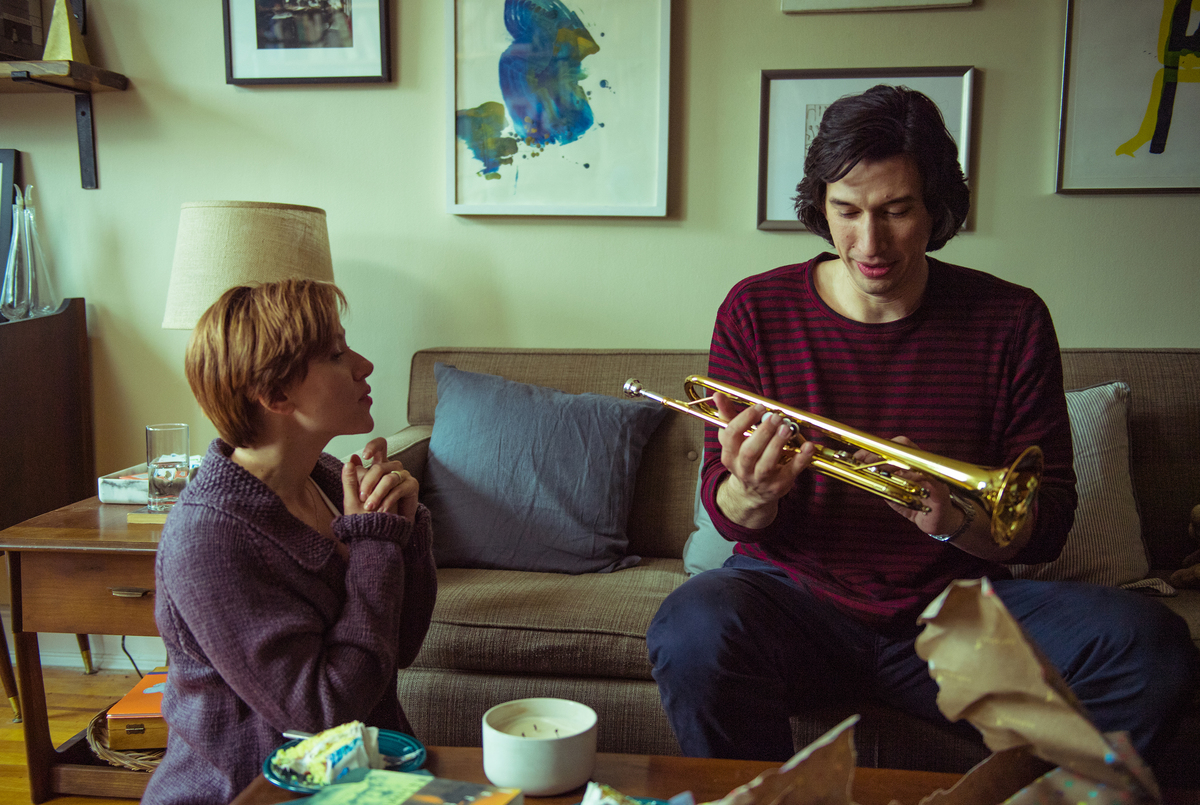 Actors Scarlett Johansson and Adam Driver in a scene from Marriage Story. The award-winning 2019 film can be watched with audio description that conveys scenes to viewers who are visually impaired. But Parasite, another popular award-winner, has not included such descriptions.

Most people never have to explain why they enjoy going to the movies. But, Denise Decker sometimes needs to do that.

The retired federal worker, who lives in Washington, D.C., says some sighted people don't understand how someone who is blind can appreciate watching film.

"Those of us who are vision impaired enjoy going to the movies probably as much as anyone else does and we probably go as much as some sighted people do," she says.

Decker says she enjoys all types of movies, as long as it's a "good story." But, foreign language films that are only subtitled are not an option.

And dubbing wouldn't solve the problem.

"Dubbing just tells us the dialogue," she explains. "It doesn't tell us the surrounding actions and the other things that are taking place, maybe what the individuals are wearing, the expressions on their face, are they moving, what else is happening."

The solution, Decker says, is audio description: an embedded voice that translates visual imagery and action on the screen into spoken word.

These bits of narration play during pauses in a movie's dialogue. Typically, one voice actor performs the description.

But, while almost all Hollywood films provide this inclusive feature, most non-English language movies produced overseas and distributed in the United States do not. And that prevents millions of blind and visually impaired Americans from fully appreciating many foreign pictures.

Around 3.4-million Americans over the age of 40 are blind or have low vision, according to the Centers for Disease Control and Prevention. The American Foundation for the Blind says 26.9-million people have experience difficulty seeing even with correction or are blind and legally blind.

Joel Snyder, who directs the American Council of the Blind's audio description project suspects that this accessibility service is not included in many American releases because local distributors don't think subtitled films are big draws at the box office.

An Example Of Audio Description

He says adding audio description to a film that is not originally in English is "somewhat more complicated, but not prohibitive" to produce. It would require at least two narrators; one providing the visual explanation and another that speaks the subtitles, he explains.

Snyder says compared to closed-captioning, audio description is still not as well known by the general public, even though its been available in live theater and on some American movies' VHS or DVD releases for decades.

And since 2017, the Americans With Disabilities Act has required movie theaters to provide audio description services when available. So, now in many cinemas, a visually impaired customer can request a headset and transmitter box that plays the descriptive track in sync with the film.

Streaming services also provide audio description for many of the titles on their platforms.

But, Rebecca Williford, managing attorney at Disability Rights Advocates in Berkeley, Calif., says it took lawsuits to make these companies offer this feature.

"One with Netflix and one with Hulu, where we were able to get increased audio description content on those streaming services," Williford says. "And we were able to work out a settlement with AMC to make sure they would do things like do more frequent checks of their equipment so things like that wouldn't ruin people's evening at the movies."

Williford did not want to weigh in on whether the ADA, which was signed into law 30-years ago, requires the American distributors of foreign films to include audio description for their US releases.

The unavailability of this feature for non-English language films gained some attention during this year's Oscars, when the South Korean dark comedy Parasite became the first subtitled movie to win Best Picture. It was this category's only nominee that didn't include audio description.

Bong Joon-ho, Parasite's director, has remarked that Americans must "overcome the 1-inch-tall barrier of subtitles" so they can "be introduced to so many more amazing films." He was perhaps unaware that his U.S. distributor, Neon, did not include audio description for the movie's theatrical or home release.

For now, the only way for America's blind and visually impaired to overcome this film's accessibility barrier, is to get hold of Parasite's U.K. DVD release.

The world's only English language descriptive track for Parasite was written and performed by Matthew Jarman of Bad Princess Productions.

"English language is no indication of quality in film and if it's about accessibility, why should you be only able to access films from one culture," says Jarman who, with a colleague, recorded the audio description at his home studio in London.

"America do make a lot of films, the U.K, as well, but everybody is making films so we should be able to enjoy them all," he adds.

Denise Decker hopes that Parasite's success and popularity will raise awareness about the inaccessibility of foreign language films in the US.

And she says she does what she can to inform sighted people about the importance of audio description.

"Sometimes when I'm at a movie with a friend who are sighted, I've just taken one side of the headset and let them listen to a little of the audio description so they understand what I'm hearing while they're watching the movie. Immediately, people say oh yeah, I get it, I understand why it's important to you."

Jason Strother is a freelance multimedia journalist based in Seoul.