Accessibility links
COVID-19 Financial Pressures Are Sinking Rural Hospitals : Shots - Health News America's rural hospitals were struggling even before the pandemic. Now, the loss of revenue from months of deferred treatments and surgeries have pulled more to the brink, as federal relief fades. 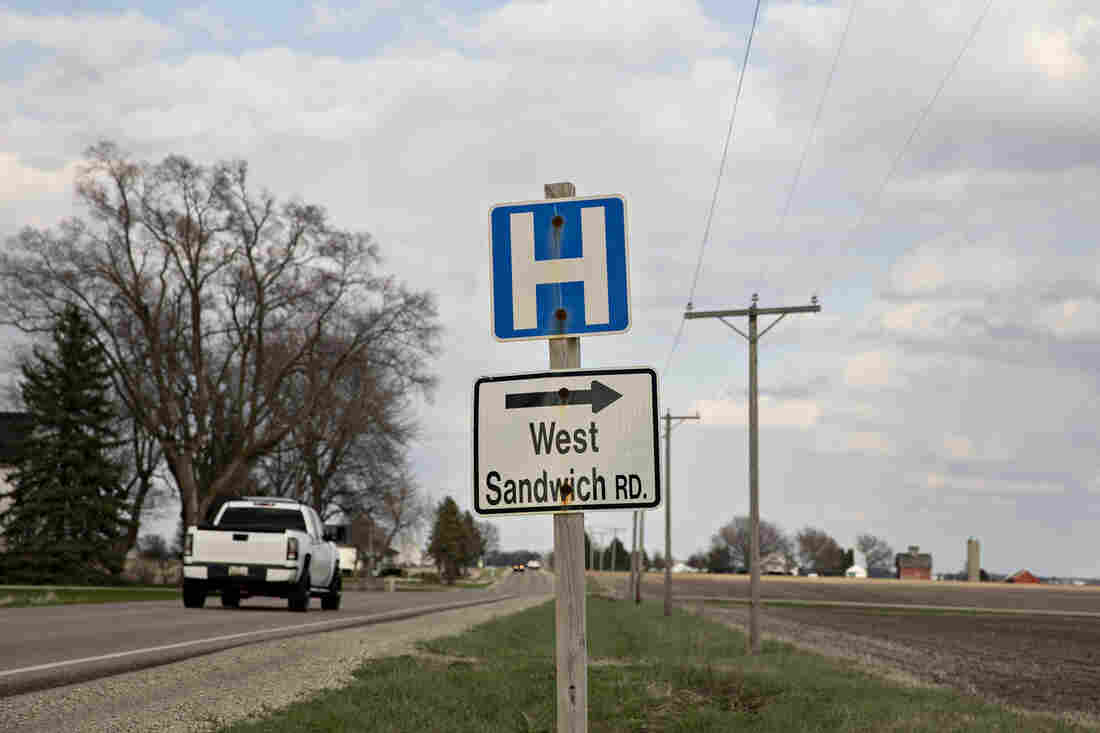 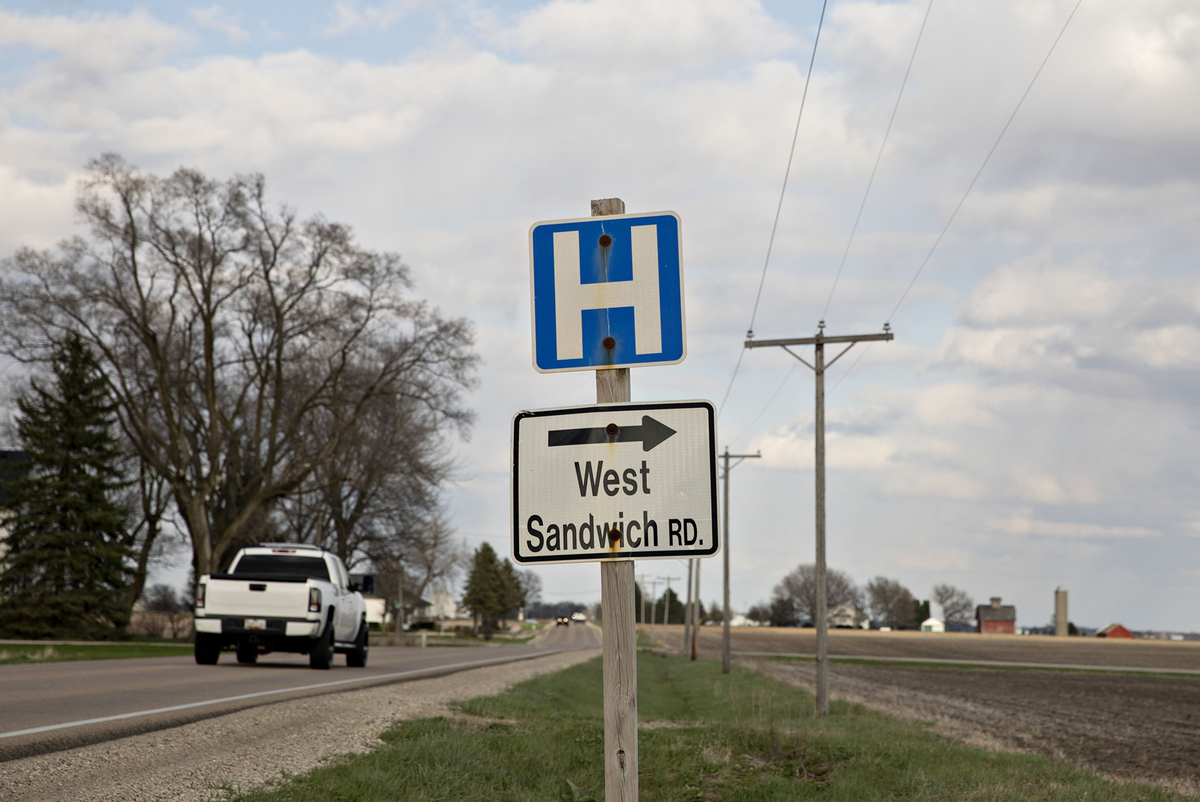 When the pandemic hit this spring, U.S. rural hospitals lost an estimated 70% of their income as patients avoided the emergency room, doctor's appointments and elective surgeries. "It was devastating," says Maggie Elehwany of the National Rural Health Association.

Jerome Antone says he is one of the lucky ones.

After becoming ill with COVID-19, Antone was hospitalized only 65 miles away from his small Alabama town. He is the mayor of Georgiana — population 1,700.

"It hit our rural community so rabid," Antone says. The town's hospital closed last year. If hospitals in nearby communities don't have beds available, "you may have to go four or five hours away."

As COVID-19 continues to spread, an increasing number of rural communities in the U.S. find themselves without their hospital or on the brink of losing already cash-strapped facilities.

Eighteen rural hospitals closed last year and the first three months of 2020 were "really big months," says Mark Holmes, director of the Cecil G. Sheps Center for Health Services Research at the University of North Carolina-Chapel Hill. Many of the losses are in Southern states, including Florida and Texas, he says, and more than 170 rural hospitals have closed nationwide since 2005, according to data collected by the Sheps Center.

It's a dangerous scenario. "We know that a closure leads to higher mortality pretty quickly" among the populations served, says Holmes, who is also a professor at UNC Gillings School of Global Public Health. "That's pretty clear."

One 2019 study found that death rates in the surrounding communities increase nearly 6% after a rural hospital closes — and that's when there's not a pandemic.

Add to that what is known about the coronavirus: People who are obese, live with diabetes, hypertension, asthma and other underlying health issues are more susceptible to COVID-19. Rural areas tend to have higher rates of these conditions. And rural residents are more likely to be older, sicker and poorer than those in urban areas. All this leaves rural communities particularly vulnerable to the coronavirus.

Congress approved billions in federal relief funds for health care providers. Initially, federal officials based what a hospital would get on its Medicare payments, but by late April they heeded criticism and carved out funds for rural hospitals and COVID-19 hot spots. Rural hospitals leapt at the chance to shore up already-negative budgets and prepare for the pandemic.

Data Analysis: COVID-19 Is Filling Up Hospitals In Small Cities

The funds "helped rural hospitals with the immediate storm," says Dr. Don Williamson, president of the Alabama Hospital Association. Nearly 80% of Alabama's rural hospitals began the year with negative balance sheets and about eight days' worth of cash on hand.

Before the pandemic hit this year, hundreds of rural hospitals "were just trying to keep their doors open," says Maggie Elehwany, vice president of government affairs with the National Rural Health Association. Then, an estimated 70% of their income stopped as patients avoided the emergency room, doctor's appointments and elective surgeries.

"It was devastating," Elehwany says.

"For us, this was survival money and we spent it already," Taylor says. With those funds, Ozarks Community Hospital increased surge capacity, expanding from 25 beds to 50 beds, adding negative pressure rooms and buying six ventilators. Taylor also ramped up COVID-19 testing at his hospital and clinics, located near some meat-processing plants.

Throughout June and July, Ozarks tested 1,000 patients a day and reported a 20% positive rate. The rate dropped to 16.9% in late July. But patients are still avoiding routine care.

Taylor says revenue is still constrained and he does not know how he will pay back $8 million that he borrowed from Medicare. The program allowed hospitals to borrow against future payments from the federal government, but stipulated that repayment would begin within 120 days.

1 Year After Losing Its Hospital, A Rural Town Is Determined To Survive

For Taylor, this seems impossible. Medicare makes up 40% of Ozarks' income. And he has to pay the loan back before he gets any more payments from Medicare. He's hoping to refinance the hospital's mortgage.

"If I get no relief and they take the money ... we won't still be open," Taylor says. Ozarks provides 625 jobs and serves an area with a population of about 75,000.

There are 1,300 small critical access hospitals like Ozarks in rural America and, of those, 859 took advantage of the Medicare loans, sending about $3.1 billion into the local communities. But many rural communities have not yet experienced a surge in coronavirus cases — national leaders fear it will come as part of a new phase.

"There are pockets of rural America who say 'We haven't seen a single COVID patient yet and we do not believe it's real,'" Taylor says. "They will get hit sooner or later."

Across the country, the loss of patients and increased spending required to fight and prepare for the coronavirus was "like a knife cutting into a hospital's blood supply," says Ge Bai, associate professor of health policy and management at the Johns Hopkins Bloomberg School of Public Health in Baltimore.

Bai says the way the federal government reimbursed small rural hospitals through federal programs like Medicare before the pandemic was faulty and inefficient. "They are too weak to survive," she says.

In rural Texas, about two hours from Dallas, Titus Regional Medical Center chief executive Terry Scoggin cut staff and furloughed workers even as his rural hospital faced down the pandemic. Titus Regional lost about $4 million last fiscal year and broke even each of the three years before that.

Scoggin says he did not cut from his clinical staff, though. Titus is now facing its second surge of the virus in the community. "The last seven days, we've been testing 30% positive," he said in early August. Those numbers include the case of his father, who contracted it at a local nursing home and survived.

Of his roughly 700 employees, 48 have tested positive with the virus and one has died. The medical center is short on testing kits, medication and supplies.

"Right now the staff is strained," Scoggin says. "I've been blown away by their selflessness and unbelievable spirit. We're resilient, we're nimble and we will make it. We don't have a choice."