Accessibility links
Hurricane Laura Releases Toxic Air Pollution, Raising Health Concerns : Shots - Health News Hurricane Laura hit an area known for its refineries and chemical plants. They released millions of pounds of air pollution when they shut down, and many air monitors are not functioning. 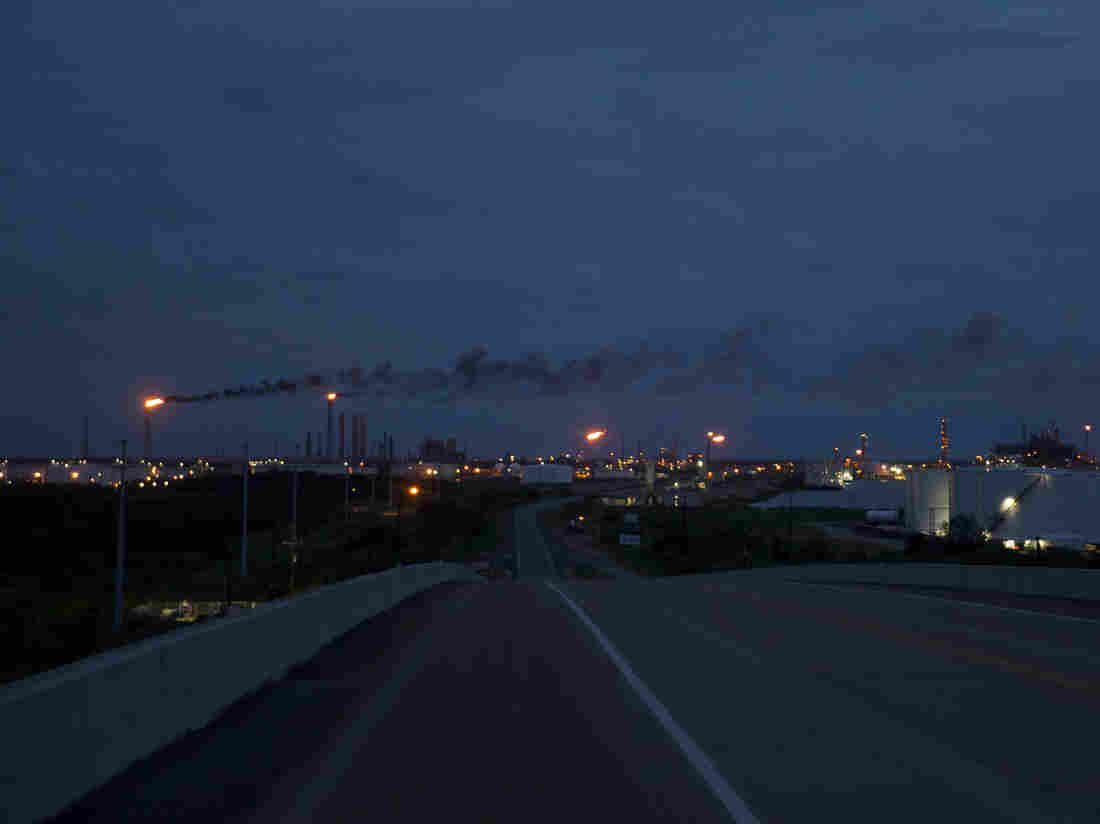 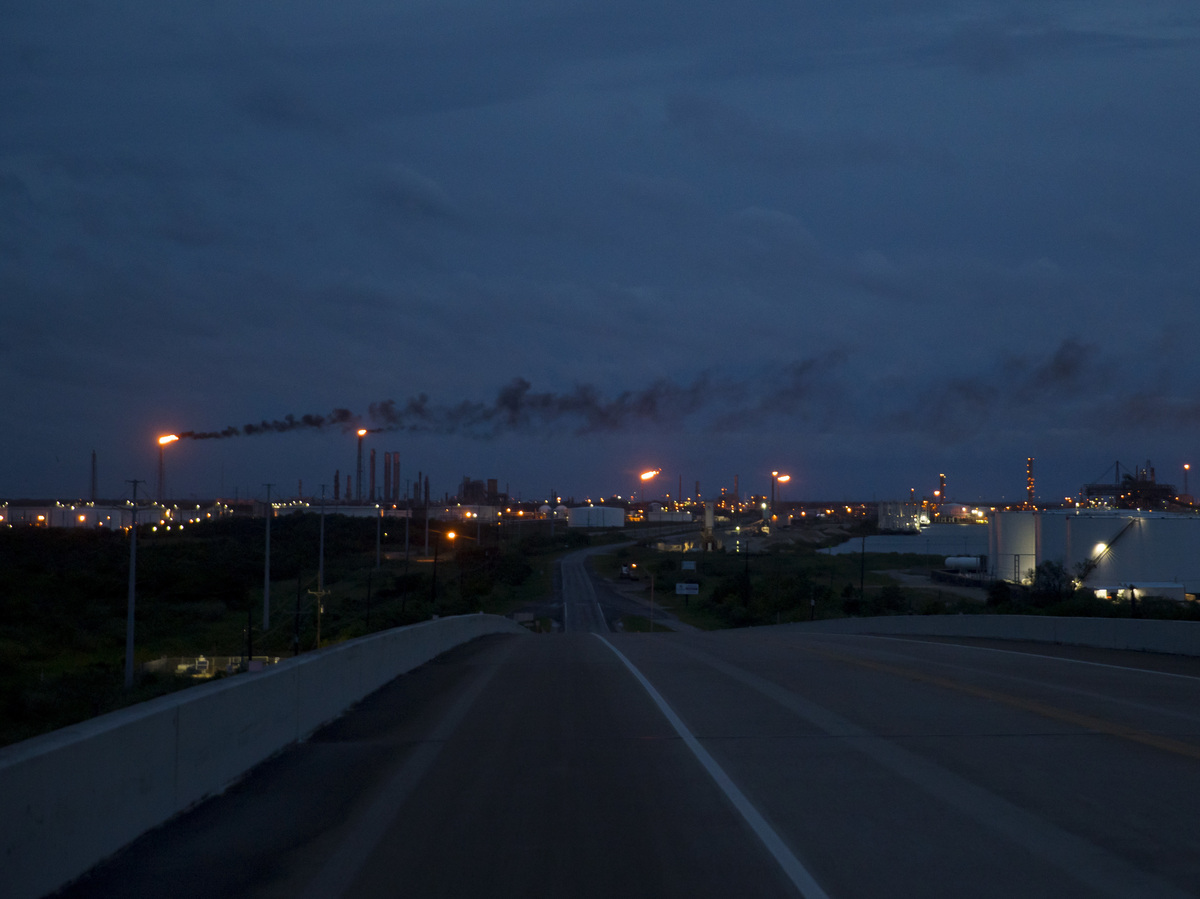 Hurricane Laura tore through a region that is home to dozens of major oil refineries, petrochemical plants and plastics facilities. Now, residents could be breathing dangerously polluted air from those sites, public health experts and local advocates say.

The pollution began before the storm even made landfall. In the two days before the storm arrived, facilities in Texas released more than 4 million pounds of extra air pollution, according to reports the companies made to state environmental regulators that were analyzed by the nonprofit Environmental Defense Fund for NPR.

The reported pollution includes chemicals such as benzene, a known human carcinogen, as well as substances such as nitrogen oxides that exacerbate respiratory illnesses.

"We go through this every hurricane," says Hilton Kelley, the director of the environmental group Community In-Power and Development Association in Port Arthur, Texas, near where Hurricane Laura made landfall. "Every time there's a major storm, the refineries go into shutdown mode."

When petrochemical plants shut down, they often burn excess fuel and chemicals that can't safely linger in pipes in a process called flaring, which releases extra pollution into the air. Many air monitors that usually track such pollution also shut down when a storm approaches, which means there is little real-time information about what people are breathing.

"I'm hoping that there isn't a repeat of Hurricane Harvey," says Juan Declet-Barreto, a geographer at the Union of Concerned Scientists. In 2017, petrochemical facilities in that storm's path were flooded and released enormous amounts of pollution, including gasoline and other toxic chemicals. Without reliable air monitor information, public health officials weren't sure what was in the air for days after the storm.

"How much toxic pollution were people exposed to? How would you know if you didn't have the information about how many emissions came out? How can you do the modeling to see how much was deposited into the water, into the soil?" Declet-Barreto says. "It became difficult if not impossible to [answer] that accurately, and I fear there's going to be a repeat of that."

A 2019 report by the Environmental Protection Agency inspector general found that state and local authorities failed to adequately monitor air quality during Hurricane Harvey and failed to communicate risks effectively with residents.

In Westlake, La., a chemical plant that produces chlorine for swimming pools caught fire due to the storm, prompting a shelter-in-place order on Thursday. The Louisiana Department of Environmental Quality began monitoring the air quality with the help of an EPA plane, and officials said they did not detect chlorine in the air outside the facility. 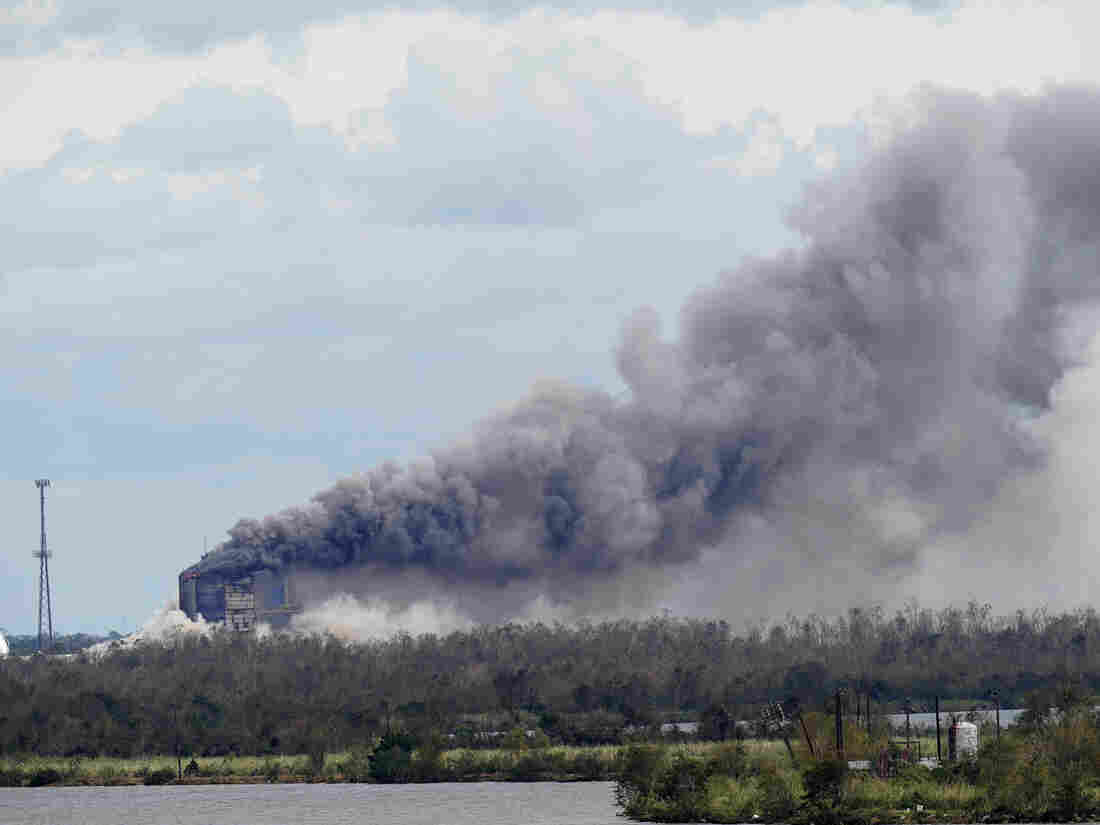 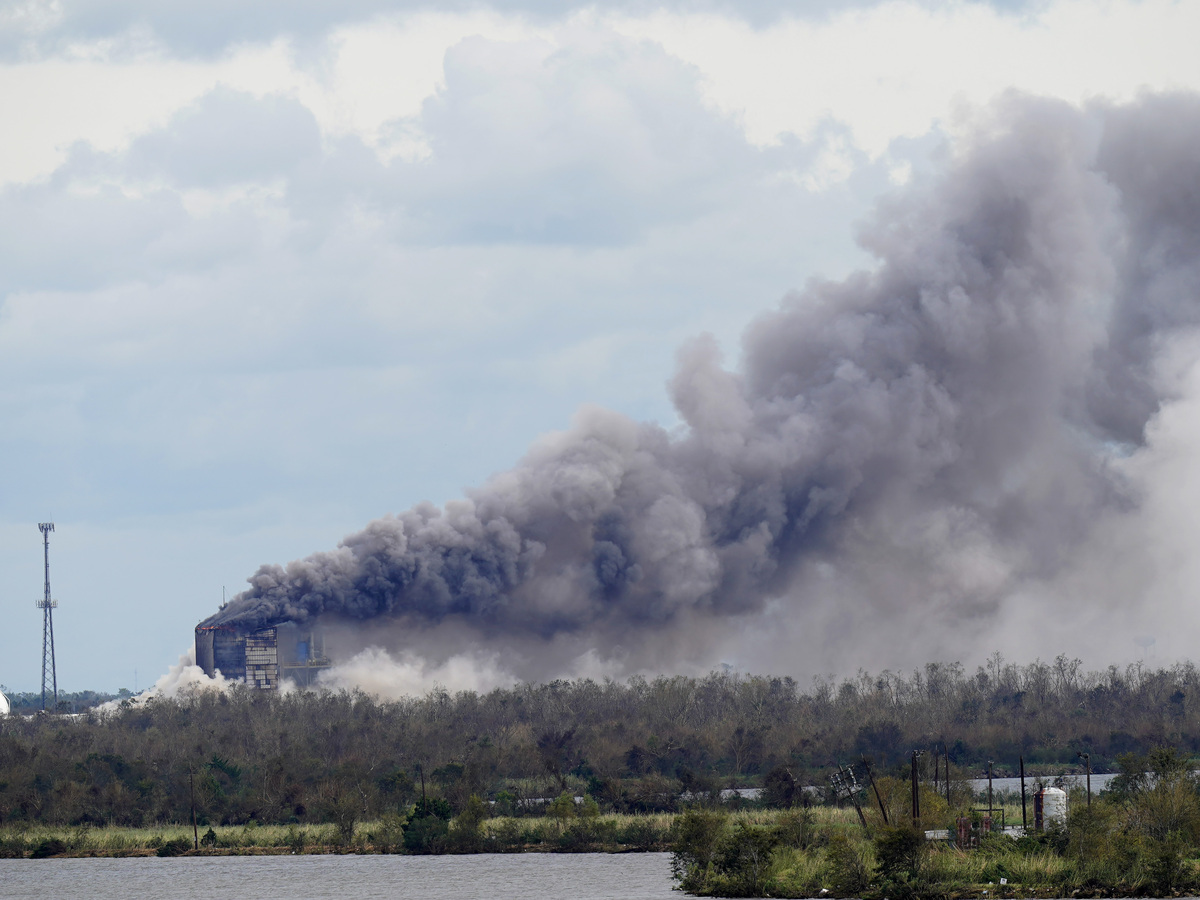 Hurricane Laura caused a fire at a chemical plant owned by BioLab in Westlake, La. The plant manufactures chemicals for swimming pools.

LDEQ spokesperson Gregory Langley says the agency did not shut down any air monitors, but some monitors stopped worked during the storm. "There are five monitors in Calcasieu Parish and three in northwest Louisiana that lost power as a result of the storm," he said Friday morning. "We are in the process of inspecting those monitors and getting power restored as soon as possible so we can bring them back online."

Meanwhile, the EPA says it also has a mobile air monitoring laboratory it can deploy to monitor air pollution. The laboratory has equipment that can "detect low levels of chemicals in the air," Jennah Durant, a spokesperson for the EPA region that includes Texas and Louisiana, explained in an email to NPR.

But as of Friday morning, the mobile lab was not operating in the areas affected by Hurricane Laura. Durant said the lab will be deployed if the Federal Emergency Management Agency requests it. FEMA said on Thursday afternoon that it had not asked the EPA to monitor the air.

"For many people, this is reliving all the horrors and the trauma of past hurricanes in the Gulf," Declet-Barreto says.

The extra air pollution is particularly worrisome this year because of the coronavirus pandemic. The virus is spreading considerably in both Louisiana and Texas.

"Many people in the city of Port Arthur already suffer with preexisting conditions like hypertension, chronic asthma, bronchitis, COPD, liver and kidney disease," says Kelley, many of which make it more likely that a person could suffer a severe case of COVID-19 if they are infected with the coronavirus. "So, in our particular area we are very concerned about these toxic fumes from the refineries and about COVID."

Decades of racist housing, zoning and environmental policies have concentrated industrial facilities, and their pollution, next to homes, schools and parks that mostly serve people of color and poor people. White Americans and wealthy Americans enjoy cleaner air, cleaner water and better access to health care as a direct result.

"We have sacrifice zones across the Gulf Coast," says Mustafa Ali, a longtime EPA official in the agency's Office of Environmental Justice and the current Vice President of Environmental Justice, Climate, and Community Revitalization at the National Wildlife Federation. "They are communities of color and lower wealth communities that are often pushed into our most dangerous locations through redlining, through restrictive covenants [and] through zoning practices."