Accessibility links
Where Did The 200,000 COVID-19 Victims Die? A Growing Share In Smaller Towns : Shots - Health News Early in the pandemic, most deaths occurred in large cities. But now, as COVID-19 spreads across the U.S., smaller communities are suffering many losses as well.

When COVID-19 claimed its first 100,000 lives in the U.S., Hidalgo County, Texas, seemed to have avoided the worst of it. The county, which sits on the border with Mexico, had just 10 deaths when the U.S. crossed that tragic milestone on May 27.

But the U.S. has now doubled its death count to top 200,000 victims, and Hidalgo County has become one of the deadliest hot spots for COVID-19. Despite the lack of dense urban areas there — its largest city, McAllen, has fewer than 150,000 residents — the disease has killed more than 1,500 people across the county.

"We knew we were going to see an increase, but we could not foresee the increase we got," says Eduardo Olivarez, the chief administrative officer of the county health department. 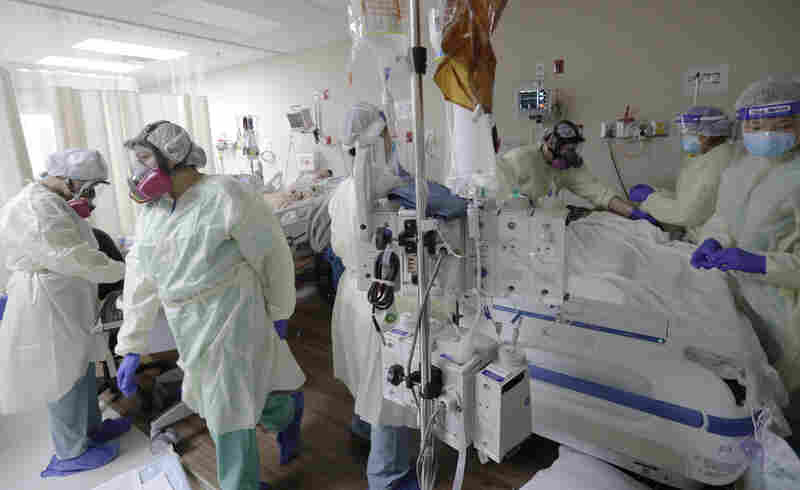 This summer, COVID-19 hit hospitals in McAllen, Texas, hard. With the U.S. exceeding 200,000 deaths from COVID-19, the share of deaths occurring in rural places and small cities is rising. Eric Gay/AP hide caption 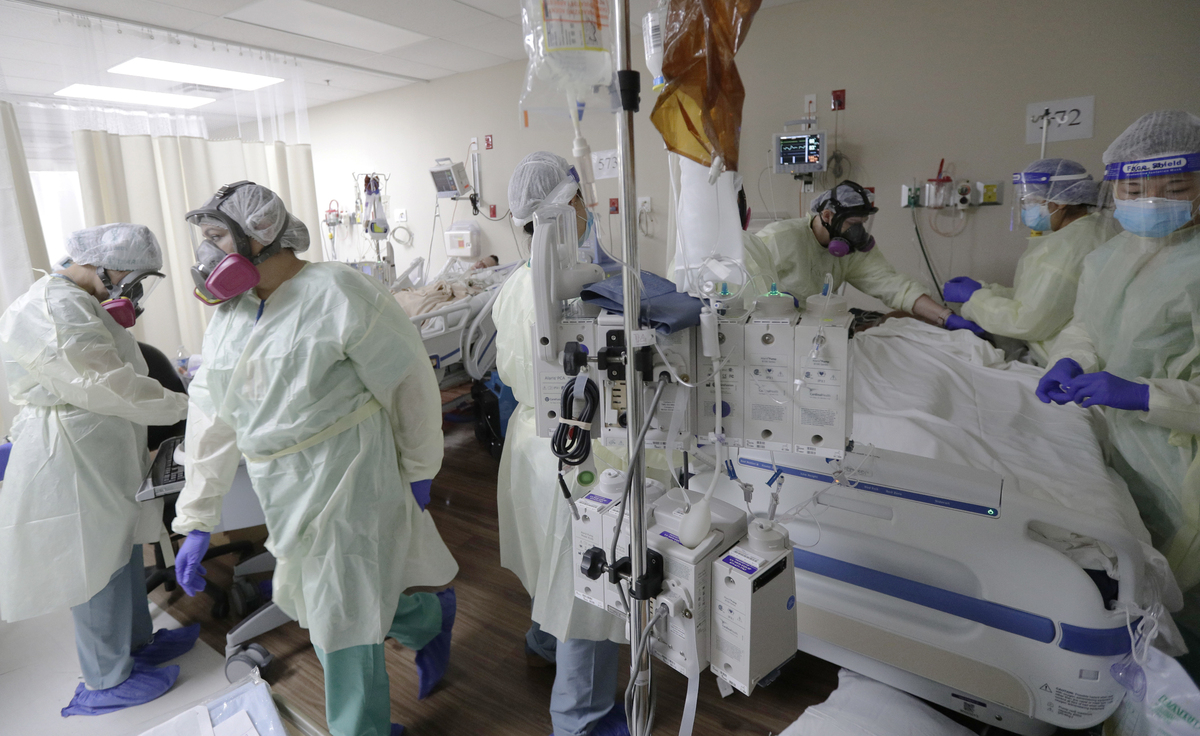 This summer, COVID-19 hit hospitals in McAllen, Texas, hard. With the U.S. exceeding 200,000 deaths from COVID-19, the share of deaths occurring in rural places and small cities is rising.

"Once we started seeing a sharp increase in fatalities, and the community started reflecting that it was their parents, friends, grandparents — once that started impacting them — the community really started sensing, 'Oh, my God, this is really extremely serious. We need to take heed.' "

Hidalgo County is one of the most extreme examples of how the coronavirus has shifted from dealing its heaviest blows to northeastern urban areas to now reaching all corners of the country. As the death count grows, smaller towns and rural communities bear a growing share of the burden of COVID-19.

An NPR analysis finds that the share of COVID-19 deaths outside places considered large metro areas by the Centers for Disease Control and Prevention has grown dramatically since the country passed its first 100,000 deaths. Then, about a fifth of deaths came from places outside large metro areas. In the second 100,000 deaths, that share jumped to nearly half.

The largest growth occurred in small towns and rural areas, where the share of deaths nearly tripled.

Ali Mokdad, an epidemiologist at the Institute for Health Metrics and Evaluation at the University of Washington, likened the disease's progression to HIV, which he says also took hold first in large cities before spreading to smaller cities and towns.

In rural areas, he says, people didn't expect the coronavirus. "They let down their guard early in the pandemic. The first months ... it gave the rural communities false sense of security that it wasn't going to get to us."

For COVID-19, much of that change came as the outbreak reached its crescendo and then tapered off in New York City in April. The state of New York made up 30,000 of the first 100,000 deaths in the country.

But new hot spots have since emerged in other large states: Arizona, California, Florida and Texas. There, the disease has not stayed contained in the largest cities.

Counties outside major metros have had some of the highest death tolls over the past several months, like Broward and Palm Beach counties in Florida — both north of Miami — and San Bernardino County, Calif., which is east of Los Angeles. Medium-size metro areas like those in Hidalgo County and nearby Cameron County, Texas, also sit near the top of the list.

And the virus has taken nearly 100 lives in Val Verde County, Texas, and more than 75 lives in Jackson County, Fla. — both of which have populations under 50,000. These places have, per capita, suffered as many deaths as parts of the New York City area did.

Other areas, particularly some in the southeast, were hit harder by deaths on a per capita basis. Mississippi and Georgia light up on a map of per capita deaths during the second half of the pandemic. This indicates that these areas saw a higher percentage of their residents killed by the virus even if the actual number of people who died was smaller than in other places.

All of this underlines the virus's implacable reach, a silent threat that continues to spread.

"None of us live in a bubble. We're going to interact with each other — rural, urban, whatever," Mokdad says. "People live far apart, are less likely to see each other, but we have events that bring us together. And the cases follow that."