Accessibility links
FDA Weighs COVID-19 Antibody Drugs For Emergency Use : Shots - Health News Medical researchers have high hopes that the kind of treatment the president received could end up being an important element in the fight against the pandemic. But clinical trials continue.

Trump Touts Antibody Treatments For COVID-19, But Evidence Is Incomplete

Trump Touts Antibody Treatments For COVID-19, But Evidence Is Incomplete 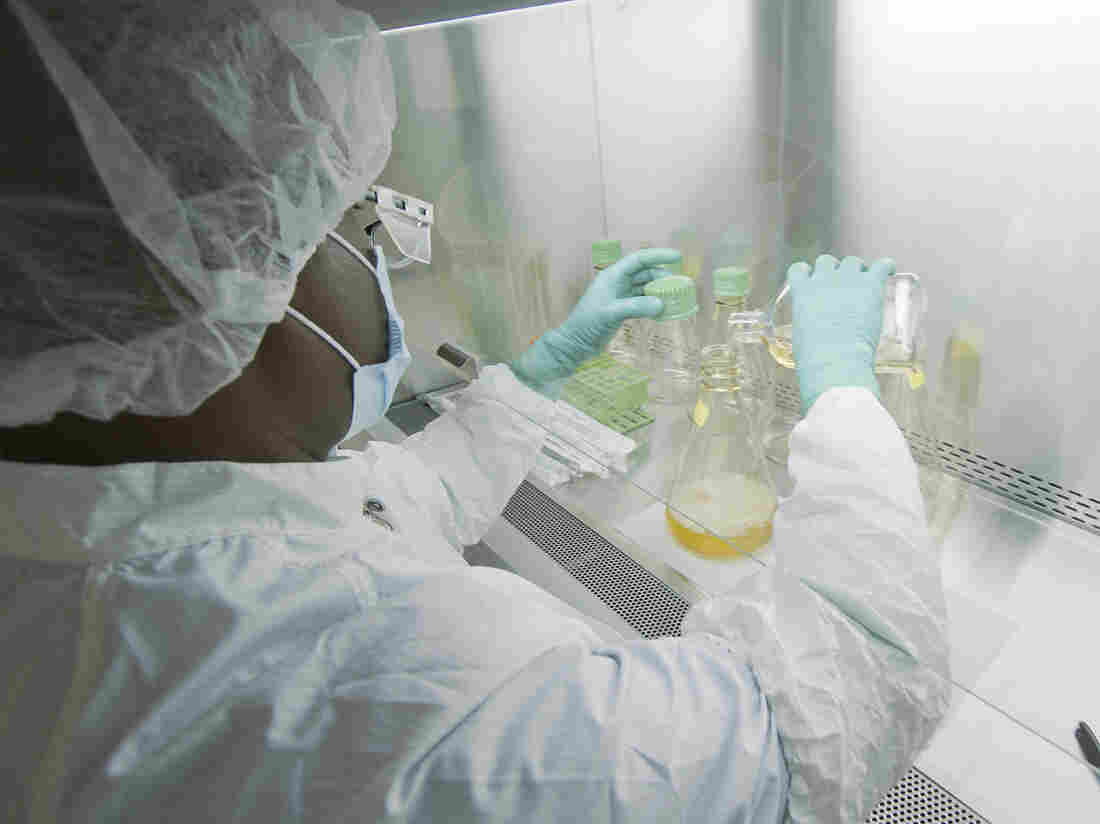 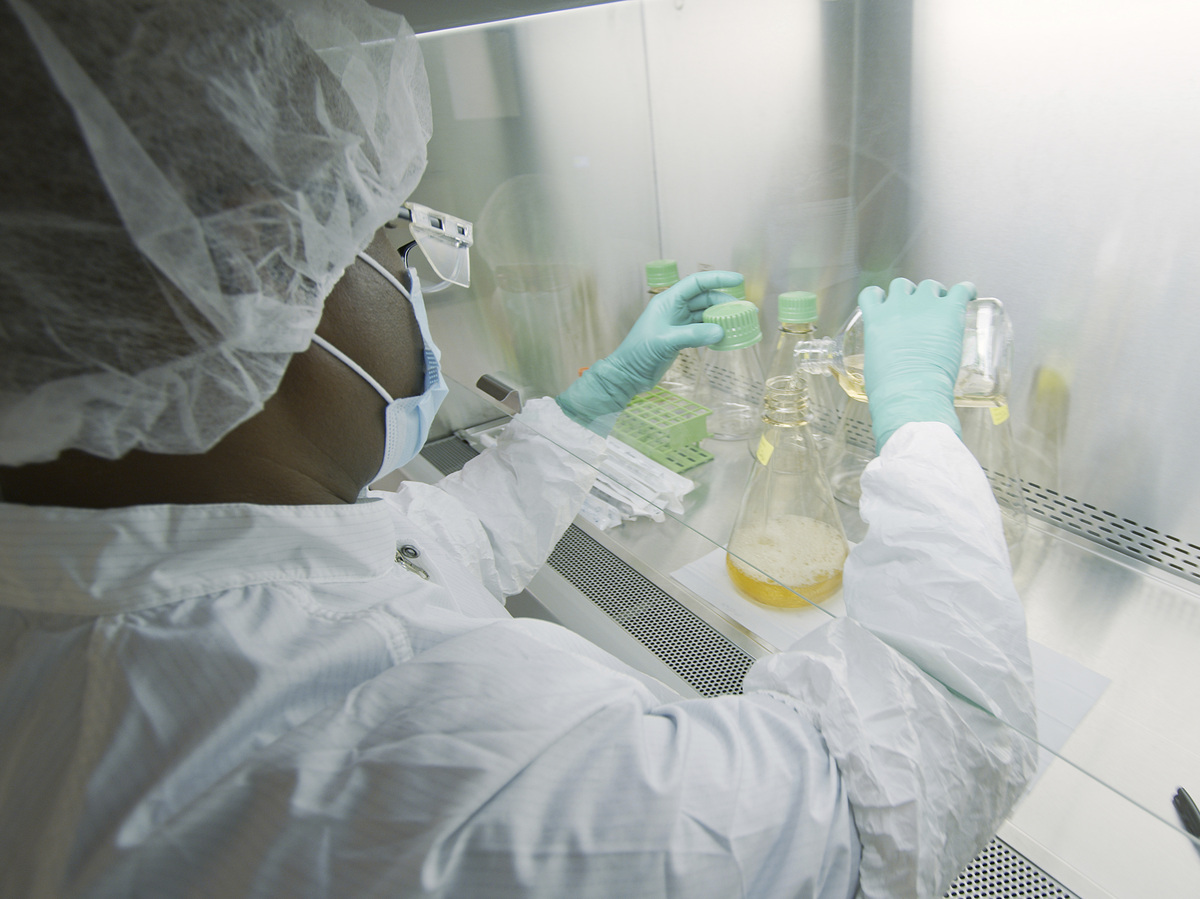 President Trump continues to tout an experimental treatment he received for COVID-19 as a cure for the disease despite an absence of evidence to back up that claim.

To be sure, some medical experts have high hopes that the kind of treatment Trump received could end up being an important element in the fight against the pandemic. Dr. Francis Collins, director of the National Institutes of Health, recently told The Washington Post these antibody-based drugs are "a real best chance of being a game changer."

But we aren't there yet. And there is no telling whether these medications are responsible for the president's apparent recovery. He received early and close medical attention, which included two other powerful medications that could also have played a significant role.

The drugs that the president has lavished his attention on are called monoclonal antibodies. They are designed to block the virus the way a person's own antibodies do in response to an infection or a vaccine.

Data so far suggest that the synthetic antibodies, when given early, can keep some people out of the hospital, though that wasn't the case for Trump. They are likely to be most effective early in the course of the disease.

Experimental Medicines For COVID-19 Could Help Some Day, But Home Runs Not Guaranteed

But the Food and Drug Administration has not reviewed all the data and decided whether these drugs should be authorized for emergency use during the pandemic. Two companies, Regeneron and Eli Lilly, applied Wednesday for that type of thumbs-up, which is far short of formal drug approval.

Dr. Dan Skovronsky, chief scientific officer of Eli Lilly, said he's impressed by the speed at which the FDA has been operating during the coronavirus pandemic, but he's not expecting a snap decision. An "adequate and deep scientific review inevitably takes time," he told reporters and financial analysts on Wednesday. "We've submitted a lot of data to the agency, and our expectation is there will be a careful and thorough review."

The FDA is not supposed to bend to political pressure from the president, but it is clearly feeling it at the moment. Trump has repeatedly said he expects an emergency use authorization soon.

In a video Thursday, the president appeared to be stronger and more energetic than he was a few days ago, and for the first time he admitted he had been "very sick." But his treatment to date doesn't mean his disease is over. Doctors are particularly watchful of their patients about a week into their illness, because they can then take a rapid turn for the worse.

Health officials also assume that people seven days after first reported symptoms, such as the president, are still at risk for spreading the infection. The Centers for Disease Control and Prevention says people with mild to moderate illness should isolate for 10 days after their first symptoms to be sure they are no longer infectious.

Trump is also taking a steroid drug, and doctors said that could potentially extend the time that he could be infectious.

Earlier this week the White House physician issued a statement noting that the president tested positive for antibodies against the coronavirus. But Regeneron, the company that provided Trump with its experimental antibody cocktail, said that blood test was probably just detecting the medication. The antibodies were probably not an indication of his own immune system fighting the disease. The synthetic antibodies he received would persist for a few weeks in his bloodstream.

In fact, immunobiologist Deepta Bhattacharya at the University of Arizona said there's a theoretical chance the treatment could prevent people from developing their own immunity. The monoclonal antibodies may block the part of the virus that the immune system needs to "see" to develop protective immunity. If that's the case, the immune system wouldn't develop its own longer-lasting antibodies.

Bhattacharya said it's potentially useful to have a drug such as this that can help ward off the virus, "but would it work the same way a vaccine would? No way," he said. "There's no way you'd mount the same level of a response as you would if you are left to the normal infection or if you received the vaccine."

If the FDA decides that these experimental drugs are safe and effective enough to merit emergency use authorization, there certainly won't be enough to go around. Antibodies are an expensive class of drugs, and they aren't easy to mass-produce.

Eli Lilly is hoping to have up to 1 million doses, for worldwide use, by the end of this year. It has partnered with Amgen to ramp up production – a financial risk, considering the FDA has not given the drug the nod.

Regeneron is hoping to produce 50,000 doses of its product, which is a cocktail of two monoclonal antibodies. It has partnered with drug giant Roche to increase manufacturing muscle.

"We're rooting for Regeneron's success, as I'm sure they are for ours," Ricks said, "because the main constraint here is manufacturing capacity. Neither company, plus all our partners, could produce enough for the world right now, based on the incidence of the disease."

Trump has repeatedly said the drugs will be available at little or no cost to consumers. That would imply a hefty federal subsidy, which both companies are also hoping will come to pass.