Accessibility links
Drug Companies Use Tobacco Plant Protein As Ingredient In COVID-19 Vaccine : Shots - Health News Here's irony: tobacco plants may be key in preventing COVID-19. Two companies are using the plants to produce proteins for a vaccine. One candidate vaccine is already in a clinical trial. 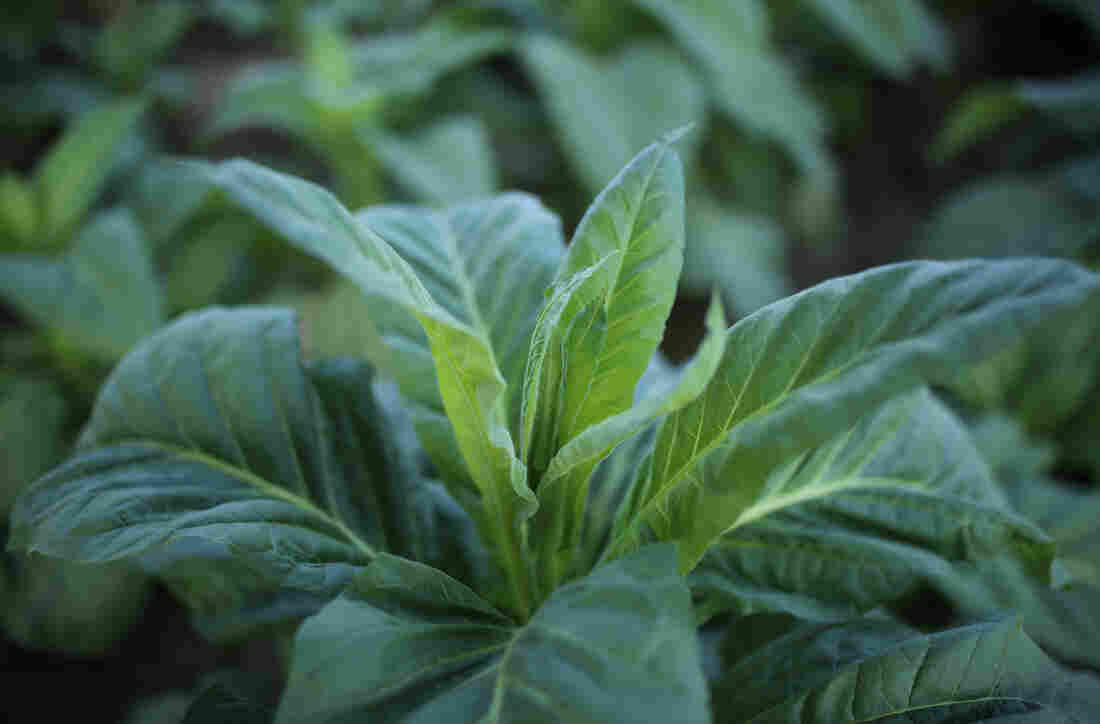 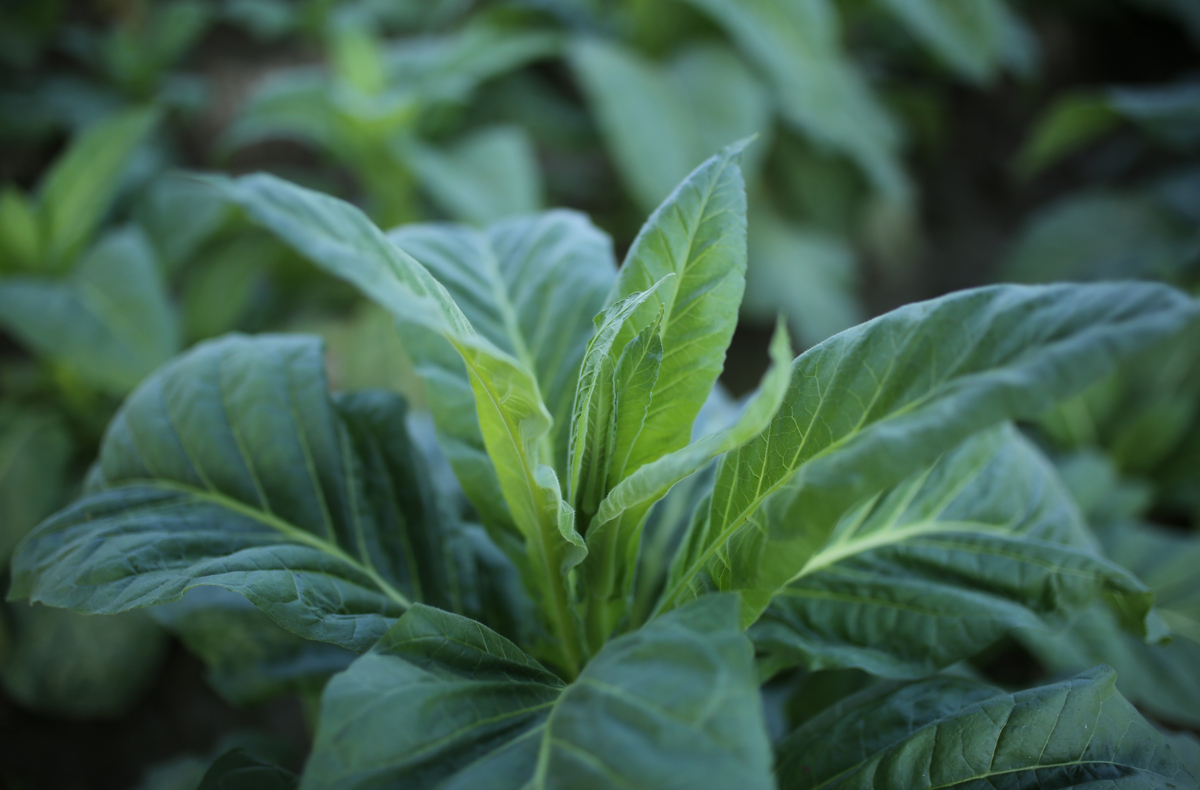 Tobacco plants are being used in the development of COVID-19 vaccines. One is already being tested in humans.

Historically, tobacco plants are responsible for their share of illness and death. Now they may help control the COVID-19 pandemic.

Two biotech companies are using the tobacco plant, Nicotiana benthamiana, as bio-factories to produce a key protein from the coronavirus that can be used in a vaccine.

"There's obvious irony there," says James Figlar, executive vice president for research and development for R.J. Reynolds Tobacco. Reynolds owns Kentucky BioProcessing, one of the companies working on a COVID-19 vaccine from plants.

"If you wanted to be cynical about it, you could," he says. "But we tend to think of it as like at the end of the day, the tobacco plant in and of itself is still just a plant."

Vaccines work by tricking people's immune system into believing it's been exposed to a virus so it can fight the virus off, if the real thing should ever turn up.

There are various ways to do that. One is to introduce something that looks like a virus to the immune system, but isn't infectious. That's the approach Kentucky Bioprocessing is using.

To make its vaccine, the company starts with tobacco seeds that they plant in a greenhouse. When the plants are approximately 25 days old, they're dipped into a solution containing agrobacteria. These are microorganisms that infect plants. In this case, they've been modified to contain instructions for making a protein from the coronavirus. The plants take up those instructions.

Seven days after being exposed to the agrobacteria, "we harvest the plant, go through an extraction and purification process, and at the end of the cycle, we have 99.9 percent pure protein, says company president Hugh Haydon.

A separate set of plants produces a tiny particle for packaging the viral protein.

"Once each of those components has been manufactured and purified separately, we chemically attach them to each other," Haydon says.

The result is something that can be injected into a human as a vaccine — and will prompt an immune response that should, in theory, protect someone from dying from COVID-19.

"To all intents and purposes, it looks like a virus," says Bruce Clark, CEO of Medicago, a Canadian biotech company that's also using tobacco plants to make a vaccine.

"So when it presents to the body, it looks and generates a response like a virus, but it has no genetic material inside," so it can't actually infect someone, Clark says.

Medicago has already begun testing its vaccine candidate in humans. Results from the initial studies are expected soon.

Kentucky Bioprocessing's COVID-19 vaccine won't be ready for initial testing in humans for several weeks yet. Even if the vaccine isn't one of the first to be approved, it may have advantages over some of the other vaccines. For example, it can be stored at normal refrigeration temperatures, and may even be stable at room temperature, making it easier to distribute.

Besides, says Haydon, "There will be other public health challenges. And the more that we can learn as a company, the better prepared we are for what comes next."

Plant biologist Kathleen Hefferon agrees plants could play an important role in the future of medicine.

"There are lots of examples of a plant made versions of therapeutic proteins, and so this is just another place where I think plants can make their mark."

Out of the greenhouse, and into the clinic.