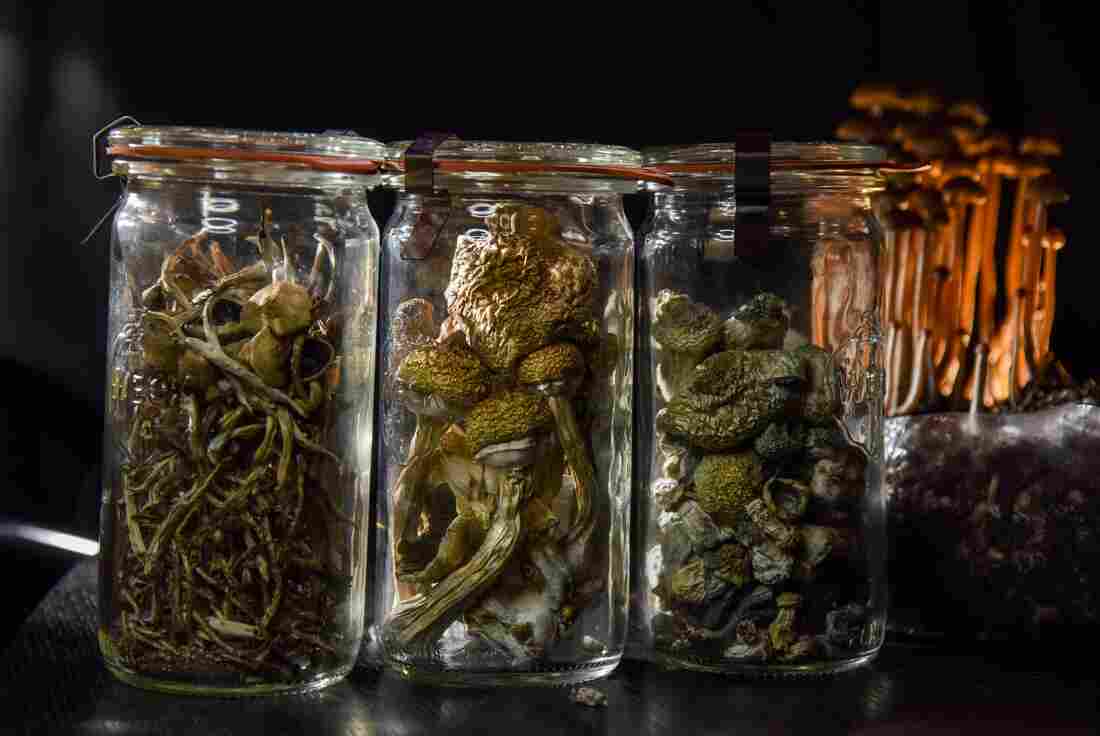 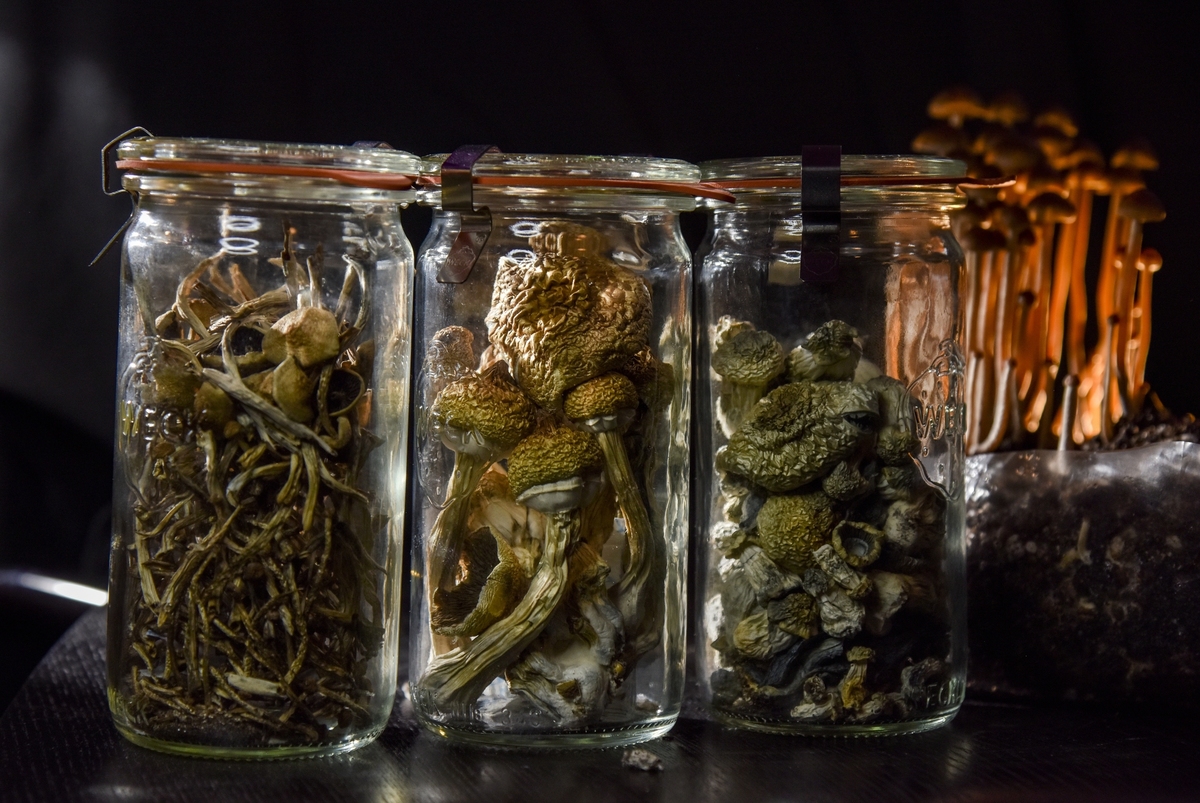 The hallucinogenic chemical psilocybin produced in some mushrooms helped people with major depression in a study that also included supportive psychotherapy.

The substance that makes some mushrooms "magic" also appears to help people with major depressive disorder.

A study of 27 people found that a treatment featuring the hallucinogen psilocybin worked better than the usual antidepressant medications, a team reported Wednesday in the journal JAMA Psychiatry.

"The effect was more than four times greater," says Alan Davis, an author of the study and a faculty member at both Johns Hopkins University and Ohio State University.

The study comes after earlier research offered hints that psilocybin might work against depression and after a study by researchers at Johns Hopkins found that it could ease depression and anxiety in patients who had life-threatening cancer.

The study of cancer patients "led us to consider whether or not this treatment might be effective for people in the general depression community," Davis says.

In the new study, patients received two doses of psilocybin on different days and also received about 11 hours of psychotherapy. The drug was administered in a supervised yet homey setting designed to put participants at ease, Davis says.

"They have a blindfold on, they have headphones on, listening to music," he says. "And we really encourage them to go inward and to kind of experience whatever is going to come up with the psilocybin."

Half the participants began treatment immediately. The rest were put on a waitlist so they could serve as a comparison group until their own treatment began eight weeks later.

"There was a significant reduction in depression in the immediate-treatment group compared to those in the waitlist," Davis says. And patients responded much faster than with typical antidepressants.

"The effect happened within one day after the first session and sustained at that reduced level through the second psilocybin session all the way up to the one-month follow-up," he says.

The study is notable for its scientific rigor, says Dr. Charles F. Reynolds III, distinguished professor emeritus of psychiatry at the University of Pittsburgh's School of Medicine and the author of an editorial that accompanied the research.

"It offers, I think, a good deal of promise as a feasible approach to treating particularly chronic forms of depression," Reynolds says. Even so, the results still might be skewed because patients were told they were going to get the drug.

"Some of the rapid improvement that we saw could have been related to expectancy effects on the part of the participants," he says.

The study comes less than two years after the Food and Drug Administration approved the anesthetic and party drug ketamine for depression. And the emergence of treatments like ketamine and psilocybin may signal a new era in treatment, Reynolds says.

"Certainly that's my hope," he says. "It's just that we need a good deal more research that addresses safety and efficacy and the type of patient who's likely to benefit."

That research should be funded by mainstream institutions like the National Institutes of Health, he says, noting that this study had to rely in part on a crowdsourced funding campaign.

Federal law makes it illegal to grow or possess psilocybin without a special license from the Drug Enforcement Administration. But on Tuesday, voters in Oregon approved a measure directing the Oregon Health Authority to create a program to offer psilocybin-assisted therapy.