Biden Wants To Lower Medicare Eligibility Age To 60, But Hospitals Push Back

Biden Wants To Lower Medicare Eligibility Age To 60, But Hospitals Push Back 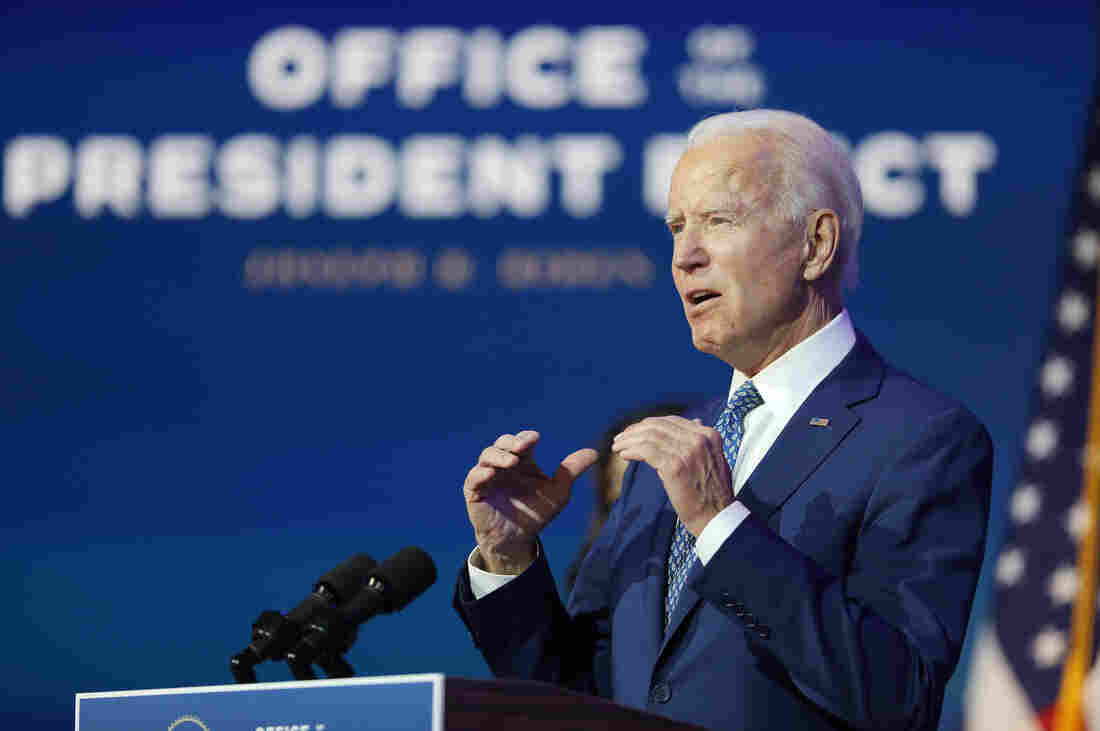 President-elect Joe Biden's plan to lower the eligibility age for Medicare is popular among voters but is expected to face strong opposition on Capitol Hill. Joe Raedle/Getty Images hide caption 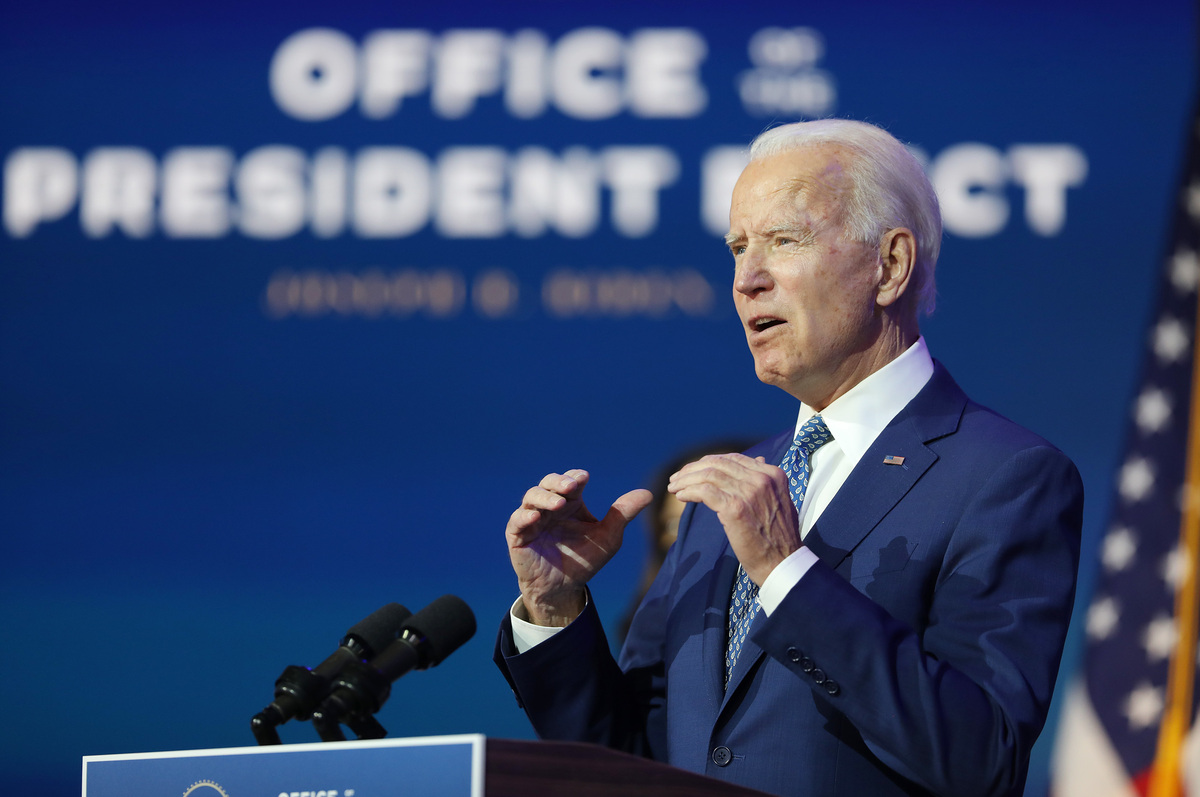 President-elect Joe Biden's plan to lower the eligibility age for Medicare is popular among voters but is expected to face strong opposition on Capitol Hill.

Of his many plans to expand insurance coverage, President-elect Joe Biden's simplest strategy is lowering the eligibility age for Medicare from 65 to 60.

But the plan is sure to face long odds, even if the Democrats can snag control of the Senate in January by winning two runoff elections in Georgia.

Republicans, who fought the creation of Medicare in the 1960s and typically oppose expanding government entitlement programs, are not the biggest obstacle. Instead, the nation's hospitals — a powerful political force — are poised to derail any effort. Hospitals fear adding millions of people to Medicare will cost them billions of dollars in revenue.

"Hospitals certainly are not going to be happy with it," said Jonathan Oberlander, professor of health policy and management at the University of North Carolina at Chapel Hill.

Medicare reimbursement rates for patients admitted to hospitals are on average half what commercial or employer-sponsored insurance plans pay.

"It will be a huge lift [in Congress] as the realities of lower Medicare reimbursement rates will activate some powerful interests against this," said Josh Archambault, a senior fellow with the conservative Foundation for Government Accountability.

Biden, who turns 78 this month, said his plan will help Americans who retire early and those who are unemployed or can't find jobs with health benefits.

"It reflects the reality that, even after the current crisis ends, older Americans are likely to find it difficult to secure jobs," Biden wrote in April.

Although opposition from the hospital industry is expected to be fierce, it is not the only obstacle to Biden's plan.

Critics, especially Republicans on Capitol Hill, will point to the nation's $3 trillion budget deficit as well as the dim outlook for the Medicare Hospital Insurance Trust Fund. That fund is on track to reach insolvency in 2024. That means there won't be enough money to pay hospitals and nursing homes fully for inpatient care for Medicare beneficiaries.

It's also unclear whether expanding Medicare will fit on the Democrats' crowded health agenda, which includes dealing with the COVID-19 pandemic, possibly rescuing the Affordable Care Act (if the Supreme Court strikes down part or all of the law in a current case), expanding Obamacare subsidies and lowering drug costs.

Biden's proposal is a nod to the liberal wing of the Democratic Party, which has advocated for Sen. Bernie Sanders' government-run "Medicare for All" health system that would provide universal coverage. Biden opposed that effort, saying the nation could not afford it. He wanted to retain the private health insurance system, which covers 180 million people.

To expand coverage, Biden has proposed two major initiatives. In addition to the Medicare eligibility change, he wants Congress to approve a government-run health plan that people could buy into instead of purchasing coverage from insurance companies on their own or through the Obamacare marketplaces. Insurers helped beat back this "public option" initiative in 2009 during the congressional debate over the ACA.

The appeal of lowering Medicare eligibility to help those without insurance lies with leveraging a popular government program that has low administrative costs.

"It is hard to find a reform idea that is more popular than opening up Medicare" to people as young as 60, Oberlander said. He said early retirees would like the concept, as would employers, who could save on their health costs as workers gravitate to Medicare.

The eligibility age has been set at 65 since Medicare was created in 1965 as part of President Lyndon Johnson's Great Society reform package. It was designed to coincide with the age when people at that time qualified for Social Security. Today, people generally qualify for early, reduced Social Security benefits at age 62, but full benefits depend on the year you were born, ranging from age 66 to 67.

While people can qualify on the basis of other criteria, such as having a disability or end-stage renal disease, 85% of the 57 million Medicare enrollees are in the program simply because they're old enough.

Lowering the age to 60 could add as many as 23 million people to Medicare, according to an analysis by the consulting firm Avalere Health. It's unclear, however, if everyone who would be eligible would sign up or if Biden would limit the expansion to the 1.7 million people in that age range who are uninsured and the 3.2 million who buy coverage on their own.

While the 60-to-65 group has the lowest uninsured rate (8%) among adults, it has the highest health costs and pays the highest rates for individual coverage, said Cristina Boccuti, director of health policy at West Health, a nonpartisan research group.

About 13 million of those between 60 and 65 have coverage through their employer, according to Avalere. While they would not have to drop coverage to join Medicare, they could possibly opt to pay to join the federal program and use it as a wraparound for their existing coverage. Medicare might then pick up costs for some services that the consumers would have to shoulder out of pocket.

Some 4 million people between 60 and 65 are enrolled in Medicaid, the state-federal health insurance program for low-income people. Shifting them to Medicare would make that their primary health insurer, a move that would save states money since they split Medicaid costs with the federal government.

Chris Pope, a senior fellow with the conservative Manhattan Institute, said getting health industry support, particularly from hospitals, will be vital for any health coverage expansion. "Hospitals are very aware about generous commercial rates being replaced by lower Medicare rates," he said.

"Members of Congress, a lot of them are close to their hospitals and do not want to see them with a revenue hole," he said.

President Barack Obama made a deal with the industry on the way to passing the ACA. In exchange for gaining millions of paying customers and lowering their uncompensated care by billions of dollars, the hospital industry agreed to give up future Medicare funds designed to help them cope with the uninsured. Showing the industry's prowess on Capitol Hill, Congress has delayed those funding cuts for more than six years.

Jacob Hacker, a Yale University political scientist, noted that expanding Medicare would reduce the number of Americans who rely on employer-sponsored coverage. The pitfalls of the employer system were highlighted in 2020 as millions lost their jobs and their workplace health coverage.

Even if they can win the two Georgia seats and take control of the Senate with the vice president breaking any ties, Democrats would be unlikely to pass major legislation without GOP support — unless they are willing to jettison the long-standing filibuster rule so they can pass most legislation with a simple 51-vote majority instead of 60 votes.

Hacker said that slim margin would make it difficult for Democrats to deal with many health issues all at once.

"Congress is not good at parallel processing," Hacker said, referring to handling multiple priorities at the same time. "And the window is relatively short."