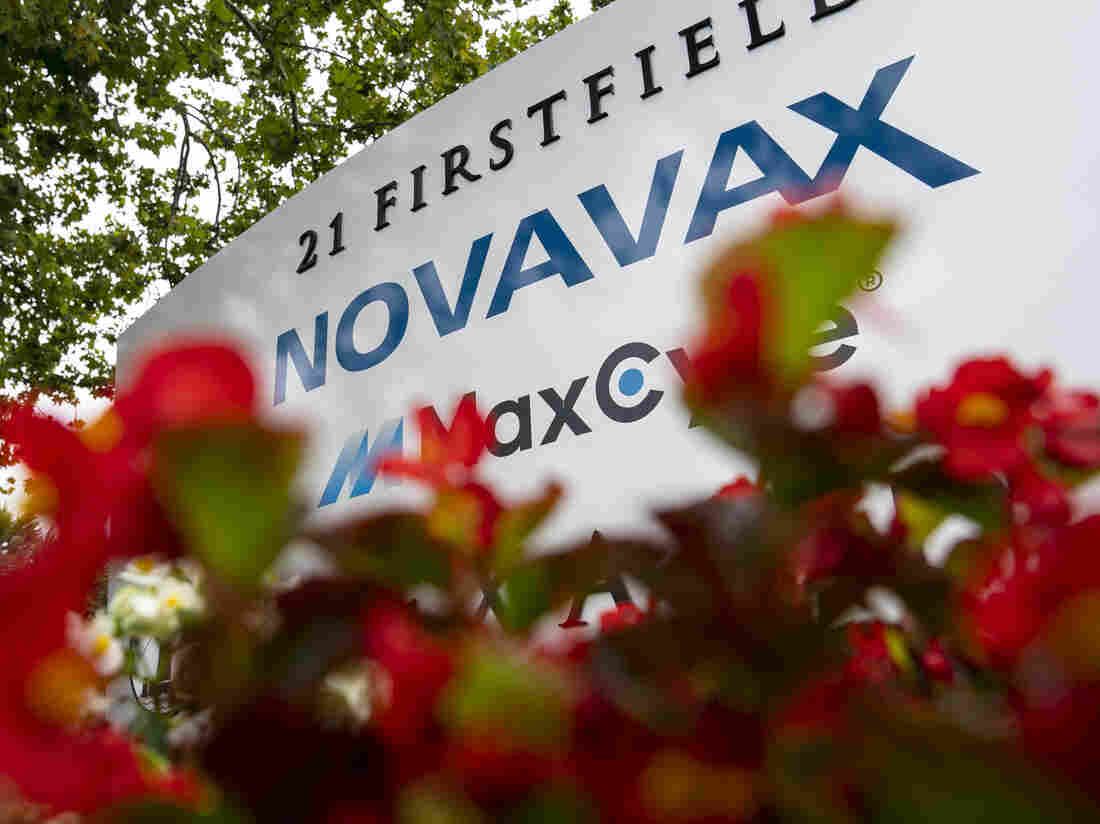 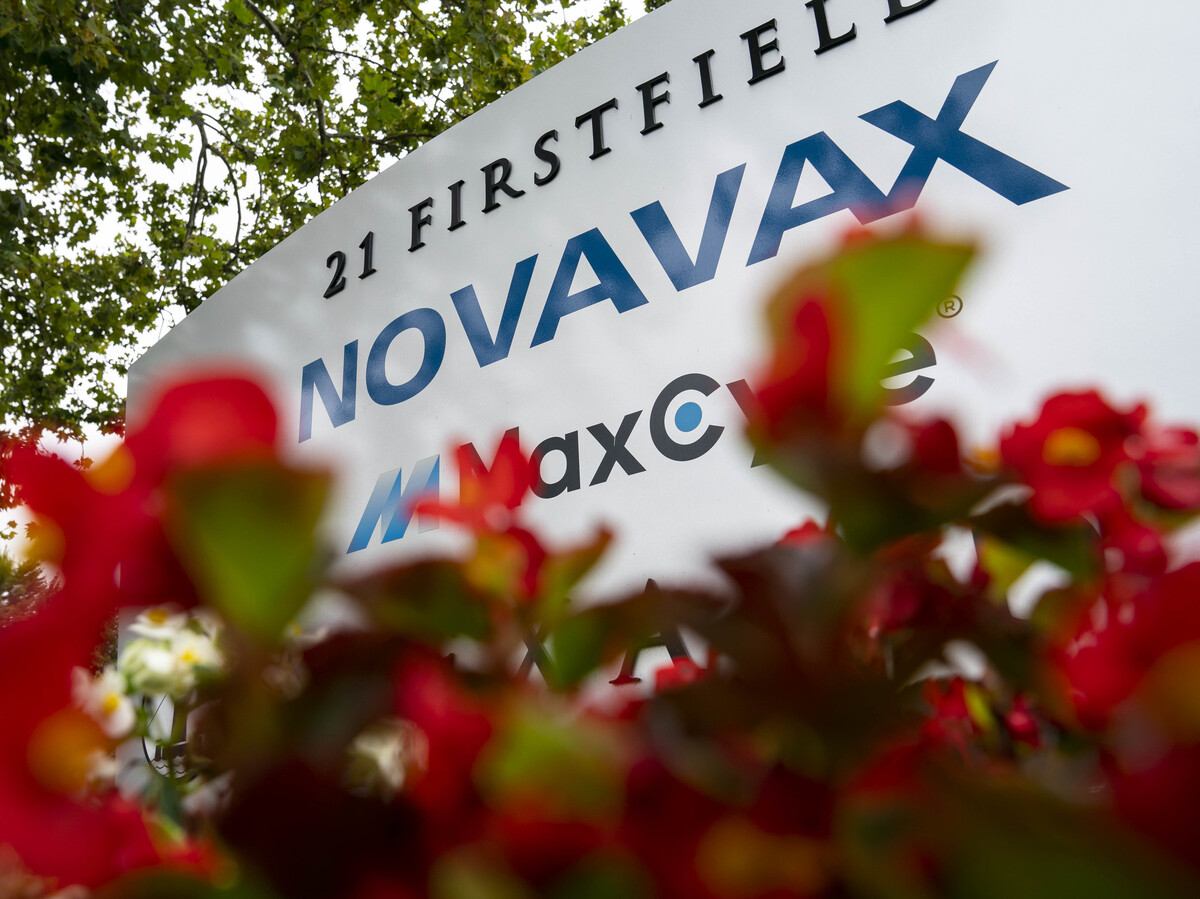 Novavax released its federal contract to develop and supply a COVID-19 vaccine. The agreement reveals terms that weren't previously known.

A day after Pfizer's announcement that its COVID-19 vaccine is more than 90% effective, rival Novavax shared its $1.6 billion Operation Warp Speed contract on Tuesday.

Operation Warp Speed is the Trump administration's crash program to make a vaccine available in record time. While there's been rapid progress on vaccines, the government has been slow to release details of its billions of dollars' worth of deals with manufacturers.

Notably, the Department of Health and Human Services told NPR in late August that it had "no records" of the Novavax contract in response to a public records request for it over the summer. The agency announced the deal July 7 to support development, manufacturing and the purchase of 100 million doses.

Novavax released its federal contract in a quarterly financial filing with the Securities and Exchange Commission. HHS has yet to release this contract.

"We shouldn't have to be getting the details in these contracts through the companies and their SEC filings," says Ameet Sarpatwari, assistant director of Harvard Medical School's Program on Regulation, Therapeutics and Law. "They should be publicly available, and there should be input even prior to the execution of the contracts."

The Novavax contract is one of several Operation Warp Speed contracts that were issued through a third party, Advanced Technology International, a fact that NPR first revealed in September.

This arrangement concerned members of Congress and advocacy groups who feared the nontraditional agreements would omit the safeguards that often come with taxpayer funding, like protections against potential future price-gouging.

Novavax's contract appears to include the kind of "march-in" rights found in a typical government contract, which allow the government to take over a drug or vaccine if the manufacturer that received federal funding can't or won't make its product or sets an unreasonable price.

"The patent rights clauses tend to be more favorable than the other contracts we're looking at in terms of the public's rights," says James Love, director of Knowledge Ecology International, a nonprofit public interest group focused on intellectual property.

The contract's data rights — which typically govern disclosure and sharing of key studies, cell lines and the know-how for making a product — are also weaker than they would be under standard federal contracting laws.

Operation Warp Speed's investment is "virtually unheard of" in the pharmaceutical industry, Sarpatwari says. The government is funding the manufacturing and purchase of the vaccines before knowing whether those vaccines are safe and effective, so the taxpayer is also assuming all the risk. Therefore, he says he'd like to see some kind of explicit price restrictions in the contract that go beyond the immediate pandemic.

"But we generally know that these contracts don't have that, and that, I think, it's a big problem in terms of the government's unwillingness to demand affordable access to products that it has indeed played a primary role in informing and underwriting," he says.

Even though the Novavax contract has more favorable patent and data rights for taxpayers than some of the other Operation Warp Speed contracts, Love says the government should have included something called exceptional-circumstances authorities, which could potentially allow the U.S. government to own the vaccine patents. These haven't been included in any of the contracts that have become public so far. Instead, customary taxpayer protections have been weakened.

Of the contracts that have been released, many have eliminated the government's rights to intervene if the vaccine manufacturer sets an unreasonably high price. Instead, they've rewritten the government's right to "march in," allowing it to take over a government-funded drug or vaccine under much narrower circumstances.

In the Johnson & Johnson coronavirus vaccine contract, for example, the government can only do this during a public health emergency. That's cause for concern, given that COVID-19 is expected to become endemic, and the vaccine might require future booster shots to bolster people's immunity.

The consortium working on Operation Warp Speed is called the Medical CBRN Defense Consortium, which was created in 2016 to develop medical countermeasures to threats against the military. The consortium already included some Operation Warp Speed vaccine manufacturers. Novavax and Pfizer were recently added to its membership, according to an August notice in the Federal Register.

Although members of Congress, advocacy groups and journalists had been asking for these contracts for months, HHS only began posting the procurement agreements on Oct. 25, starting with its $1.5 billion contract with Moderna. It was heavily redacted and excluded even already public information.

The administration took the document down for about a day following Moderna's release of the same contract with far fewer redactions. HHS then reposted a more transparent version on Saturday.

Neither Pfizer nor the federal government has released the nearly $2 billion Operation Warp Speed deal for the purchase of 100 million doses of Pfizer's coronavirus vaccine. NPR is working to obtain it and the remaining contracts.