Accessibility links
Pfizer To Seek FDA Authorization For Coronavirus Vaccine : Shots - Health News The vaccine was found to be 95% effective in an updated study analysis. Safety data required by the Food and Drug Administration showed no serious concerns, the company said. 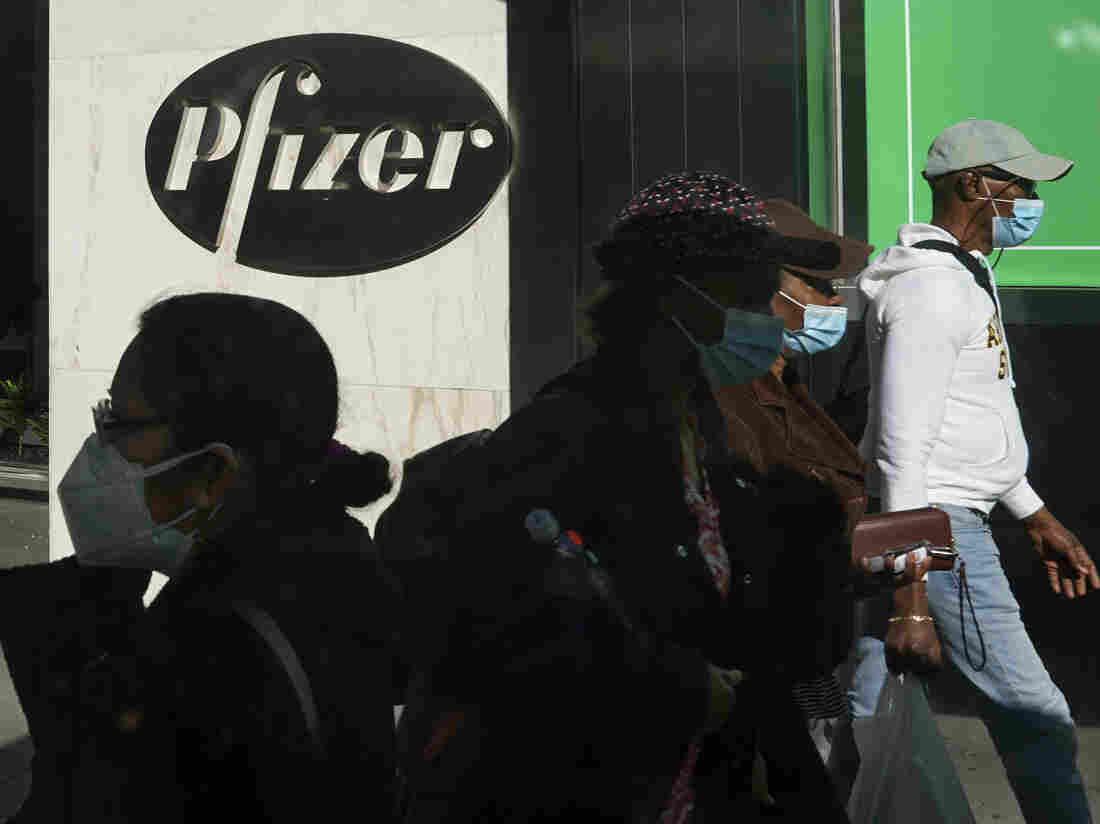 Pfizer plans to file within days with the Food and Drug Administration to allow emergency use of its COVID-19 vaccine. Bebeto Matthews/AP hide caption 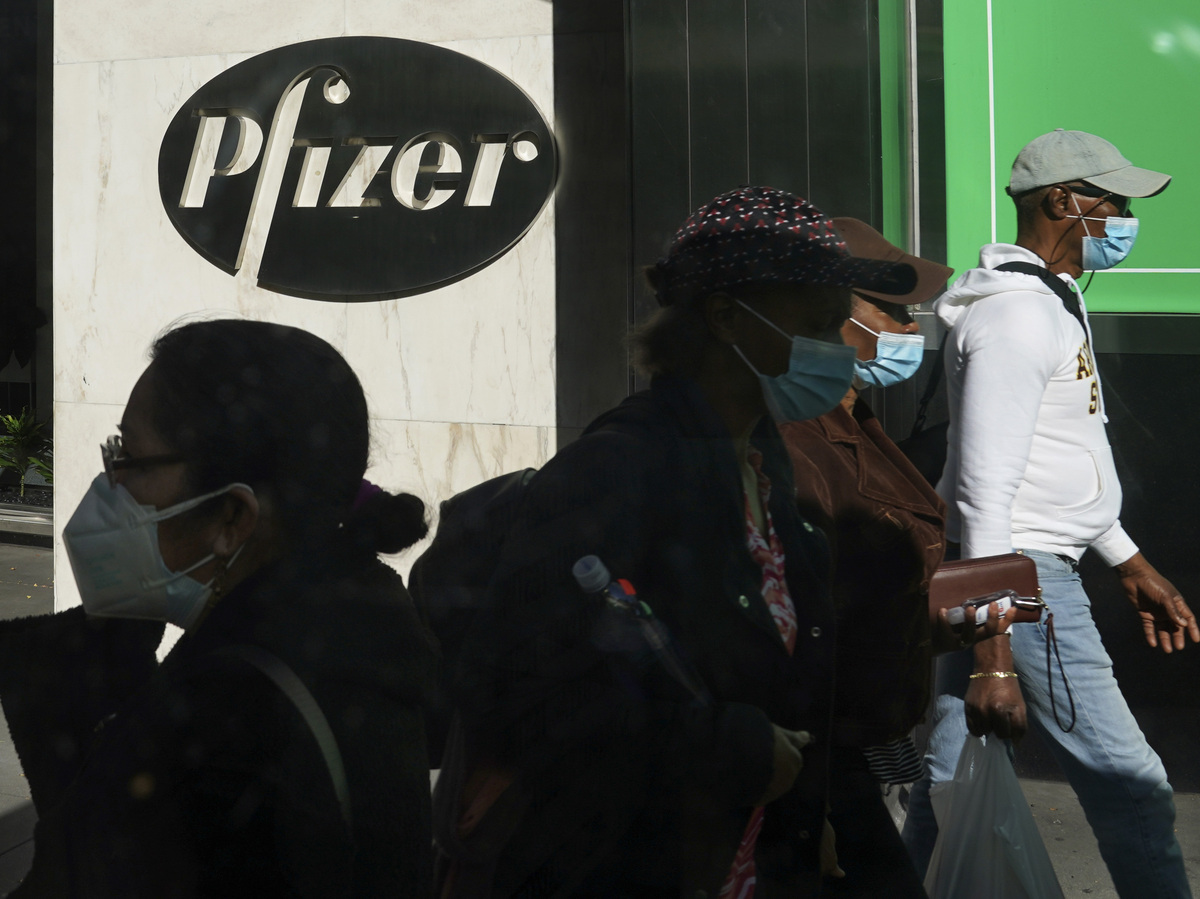 Pfizer plans to file within days with the Food and Drug Administration to allow emergency use of its COVID-19 vaccine.

Pfizer is ready to ask the Food and Drug Administration to authorize emergency use of the company's COVID-19 vaccine, after an updated analysis of the clinical trial data found the vaccine to be 95% effective.

The results from the final efficacy analysis of the vaccine study were released Wednesday. An interim analysis released Nov. 9 had indicated the vaccine was more than 90% effective.

In the Phase 3 study involving more than 43,000 volunteers, half received the experimental vaccine and half got a placebo. Participants received two shots, spaced 21 days apart.

In a news release describing the trial, Pfizer and its partner BioNTech reported there were 170 cases of COVID-19 among the participants: 162 cases in the people who got the placebo compared with eight seen in volunteers who got the vaccine. Ten cases of severe COVID-19 were seen in the trial: nine of them occurred in the placebo group and one was in the vaccinated group.

The companies said the vaccine's efficacy held up across gender, race, ethnicity and various ages. In people older than 65, a group at elevated risk from COVID-19, the efficacy was 94%.

To assess vaccine safety, the FDA told companies that it wanted two-month follow-up data on at least half of the people in Phase 3 trials before considering applications to authorize emergency use of a vaccine during the pandemic. Pfizer said it had met the FDA milestone.

The most common significant side effect seen in the study was fatigue, at a frequency of 3.8% after a second dose of the vaccine. No serious safety concerns were observed, the company said.

"The study results mark an important step in this historic eight-month journey to bring forward a vaccine capable of helping to end this devastating pandemic," Pfizer Chairman and CEO Albert Bourla said in the release.

The companies' release said they plan to file for an emergency use authorization "within days" with the FDA. Agency officials have said an outside panel of experts would meet publicly to evaluate any COVID-19 vaccine and advise the agency on whether to grant an EUA. The agency's review process is expected to take weeks.