Accessibility links
FDA Approves A Drug For A Rare Disease That Causes Children To Age Quickly : Shots - Health News A newly approved drug can extend the lives of children with progeria, a rare disorder that causes rapid aging. The drug is the result of one family's effort to help a child with the fatal condition. 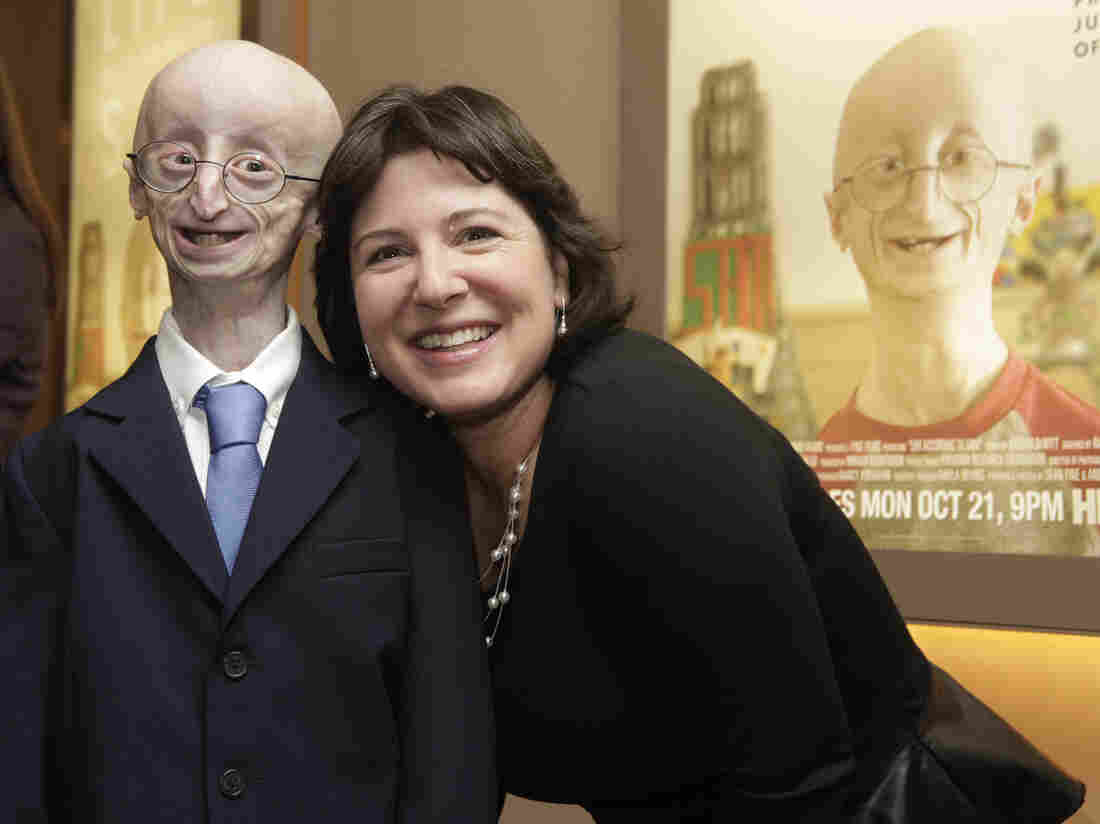 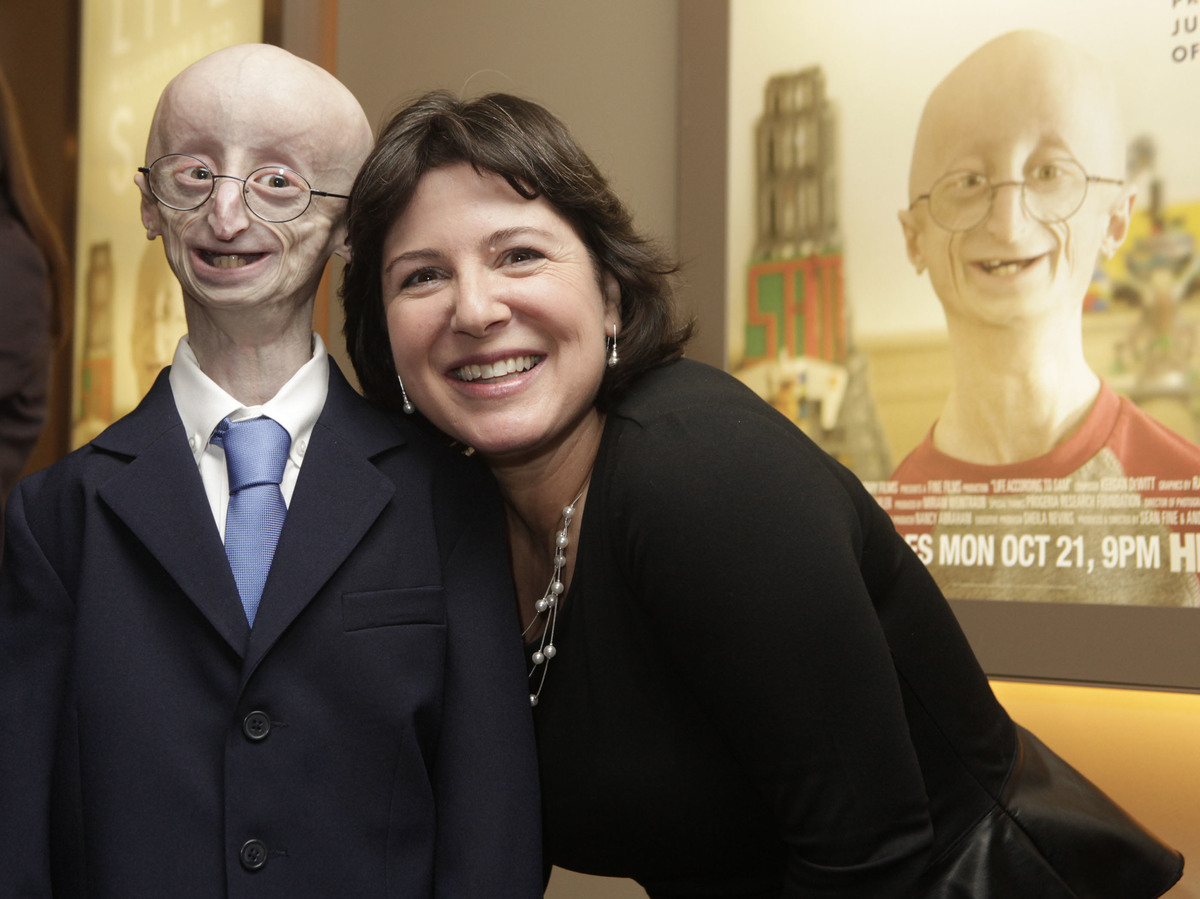 Sam Berns and Audrey Gordon, executive director of The Progeria Research Foundation and Berns's aunt, attend The New York Premiere Of HBO's "Life According To Sam" on October 8, 2013 in New York City.

The Food and Drug Administration has approved a drug that extends the lives of children with an extremely rare genetic disorder that causes them to grow old before they grow up.

The disorder, progeria, ages cells rapidly and prematurely. As a result, affected children remain small and begin to look frail and old by the time they reach school age. Most die of heart disease in their early teens.

But the drug, Zokinvy, slows down the decline.

"Zokinvy is a treatment. It's not a cure," says Dr. Leslie Gordon, an assistant professor of pediatrics at Brown University and medical director of The Progeria Research Foundation. "But what we can say is that, so far, we know that it increases the average lifespan by about two-and-a-half years."

Gordon and her family played a crucial role in making Zokinvy possible.

Their goal was to find a treatment for Gordon's son, Sam Berns, who was diagnosed with progeria in 1998 and died in 2014.

"We started this for Sam, and Sam is always here, always," Gordon says.

Sam Berns gave a TEDx talk about living with progeria.

As a teenager, Sam became the public face of progeria. He spoke to NPR and other media about his condition, was the subject of an HBO documentary, and gave a TEDx talk about how to live a happy life that has been viewed more than 40 million times.

Sam was one of the first children with progeria to receive Zokinvy and Gordon says the drug seemed to extend her son's life.

Since Sam's death, his family has continued to operate The Progeria Research Foundation and to search for a cure.

"We make a really great team," says Audrey Gordon, who is Sam's aunt and the foundation's president. "Leslie [is] in charge of the science aspect, I'm in charge of the fundraising and her husband, Scott, is the chairman of the board."

The approach reflects a philosophy embraced by Sam, who was a big sports fan, Audrey Gordon says.

"Whenever someone asked, who's your favorite player on your beloved Patriots or your Boston Bruins, he always refused because he felt like it wasn't any one person who made the team," she says "It was the team as a whole."

Team Sam published the first evidence that Zokinvy worked in 2012. But getting FDA approval required a whole new effort.

The problem was that pretty much every person in the U.S. with progeria — there are only about 20 — was already being treated with the drug as part of a clinical trial. There was no comparison group.

So the foundation began a worldwide search.

"We gathered up information on as many children who had not been treated with Zokinvy as we could," Leslie Gordon says. "That was our sort of external control group."

The foundation also added a new member to their team: Eiger BioPharmaceuticals. Eiger had been providing Zokinvy to progeria patients in clinical trials. It's also developing the drug for treating a form of hepatitis.

With Eiger's help, the team was able to convince the FDA that children who got the drug really do live longer.

Now, Sam's family is looking for even better treatments for progeria and, ultimately, a cure.

"Sam never gave up," Leslie Gordon says. "The other children, they never give up. The courage is astounding."

The research effort, which has focused on a disease that affects perhaps 400 children worldwide, may turn out to benefit all people.

That's because scientists have learned that progerin, the substance that ages cells abnormally in progeria, is present in all people — just in much smaller quantities. Researchers hope that by studying the role of progerin, they will find new ways to treat a wide range of diseases related to aging.