Accessibility links
Having A Group Thanksgiving? Here's How To Think About Safety : Shots - Health News The safest way to have Thanksgiving this year is to stay in your social bubble. But those traveling to gather with friends and loved ones should keep pandemic safety guidelines in mind. 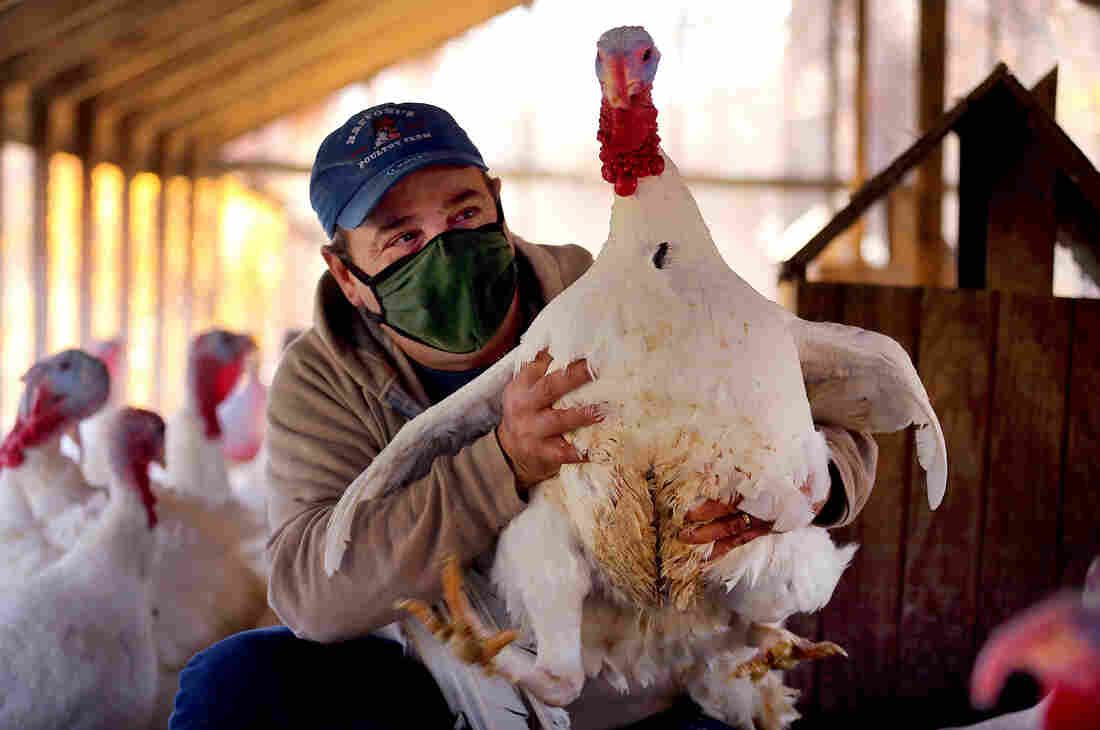 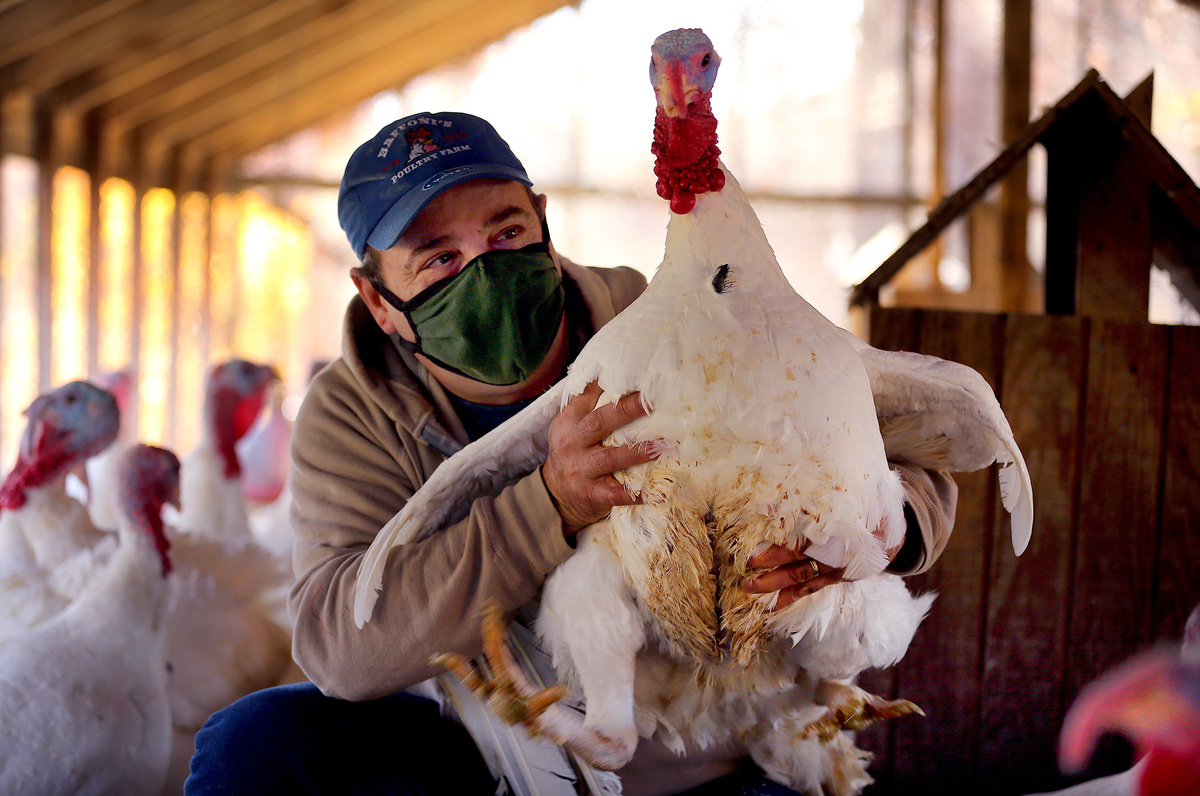 Confirmed cases of the coronavirus are surging. In the last week, more than 1 million people in the U.S. have tested positive. Hospitals around the country are filling up and sounding the alarm that they are short of staff and personal protective equipment. It's a tough time for the holidays to fall, but here they are. While the Centers for Disease Control and Prevention has recommended that people not gather for Thanksgiving, the reality is millions are traveling. So, the Short Wave podcast spoke to experts about how to mitigate some risk during a gathering.

Start by having conversations with the host or your guests

Talk to your guests or hosts beforehand about safety precautions. It's often easier to have those conversations early, instead of on the spot, especially if you're far home and shortening a visit is difficult if you're uncomfortable.

A few questions to consider:

New discoveries, everyday mysteries and the science behind the headlines — all in about 10 minutes. Short Wave is science for everyone, using a lot of creativity and a little humor. Subscribe to the podcast and follow @NPRScience on Twitter. 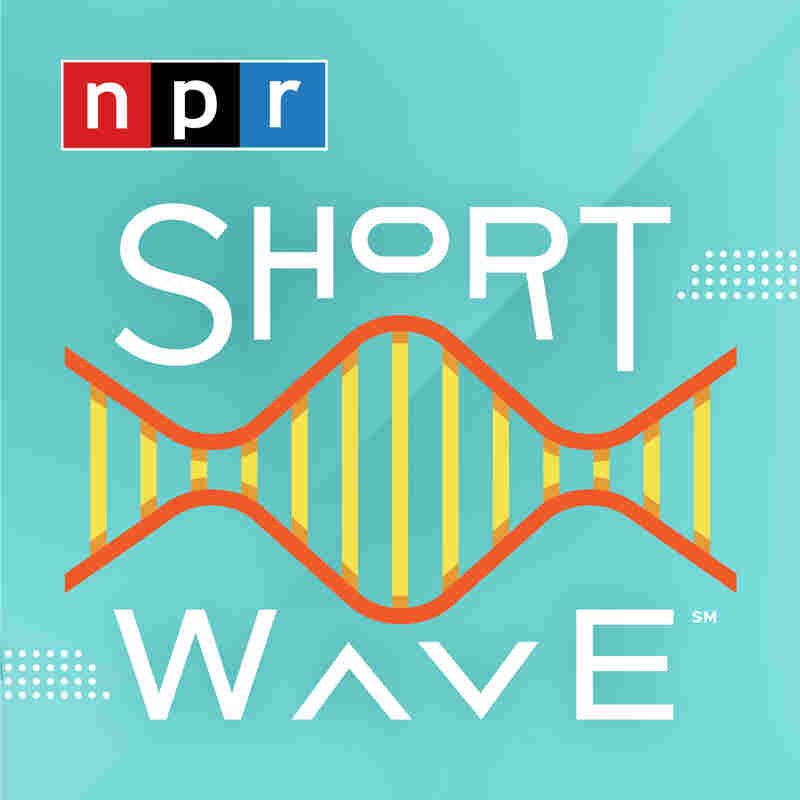 Maybe you can cancel your plans, or maybe you decide that you don't want to be indoors with that many people for that long — so maybe instead of coming over early, come by later for dessert and hang out for a little while.

Getting to the gathering

The CDC recommends driving in your own car whenever possible. As epidemiologist Mercedes Carnethon points out, with cars, "it's really only those stops in the interim to get gas, to stop to pick up food and even interactions in a hotel if you have to stay overnight." Unlike public spaces such as airports, buses and train stations, you get to be in your own bubble. If you don't have a car or can't rent one, the CDC has outlined basic safety measures for all those public spaces. Just like going to the grocery store, the key details are wearing a mask properly, staying at least 6 feet away from others and making sure to wash those hands thoroughly and frequently, and use hand sanitizer if there isn't soap and water available.

Hopefully you've had plenty of conversations with the folks you're meeting to make sure everyone's on the same page. When you get there — no hugs! Maintain distance as much as you can. Wear masks, especially indoors. Wash your hands — you know the drill.

What about food? After all, it's the holidays

If things weren't tricky before, they might start to feel like it now when many may be together in the kitchen. This year, you don't have to feel guilty if you don't want to help cook. According to CDC guidelines, the amount of people handling — and even passing out food — should be kept to the absolute minimum.

The CDC says the safest way to limit the spread of germs over the course of eating is to have everyone use disposable plates, cups and utensils, even their own food.

It might be smart to nix the alcoholic beverages this year, too. The CDC considers drinking alcohol and doing drugs to be "high risk" activities because they impair judgment. The last thing you want is to have done all this work and then, under the influence of a substance, have it all fly out the window with a bunch of grandma hugs.

What about hanging out after the meal?

There's no time like the present to create new traditions. As epidemiologist Julia Marcus told NPR, "social norms are very powerful, and that can be one of the best ways, I think, to change health behavior."

"It's important for people to think of themselves as culture makers as well as cultural receivers," says Monica Schoch-Spana, a medical anthropologist at Johns Hopkins Center for Health Security. She was delighted by her neighborhood's Halloween innovations this year.

"People dreamt up really creative ways to allow for safe trick-or-treating, creating clotheslines with little bags of candy spread out so kids could take that or chutes where you could deliver candy down the chute at a safe distance. I think it's that capacity for humans to improvise that speaks to, again, our ability to re-create culture in ways that are driven by the historical moment in which we're living."

To make sure nothing is carried back after seeing loved ones, it's important to quarantine for two weeks if possible. About a week after the gathering, you might consider getting tested. If you happen to test positive, share that information with everyone who was there. Telling people they may have been exposed is protecting them. There's no shame in getting the coronavirus, however you got it.

Find even more guidance with these additional resources: