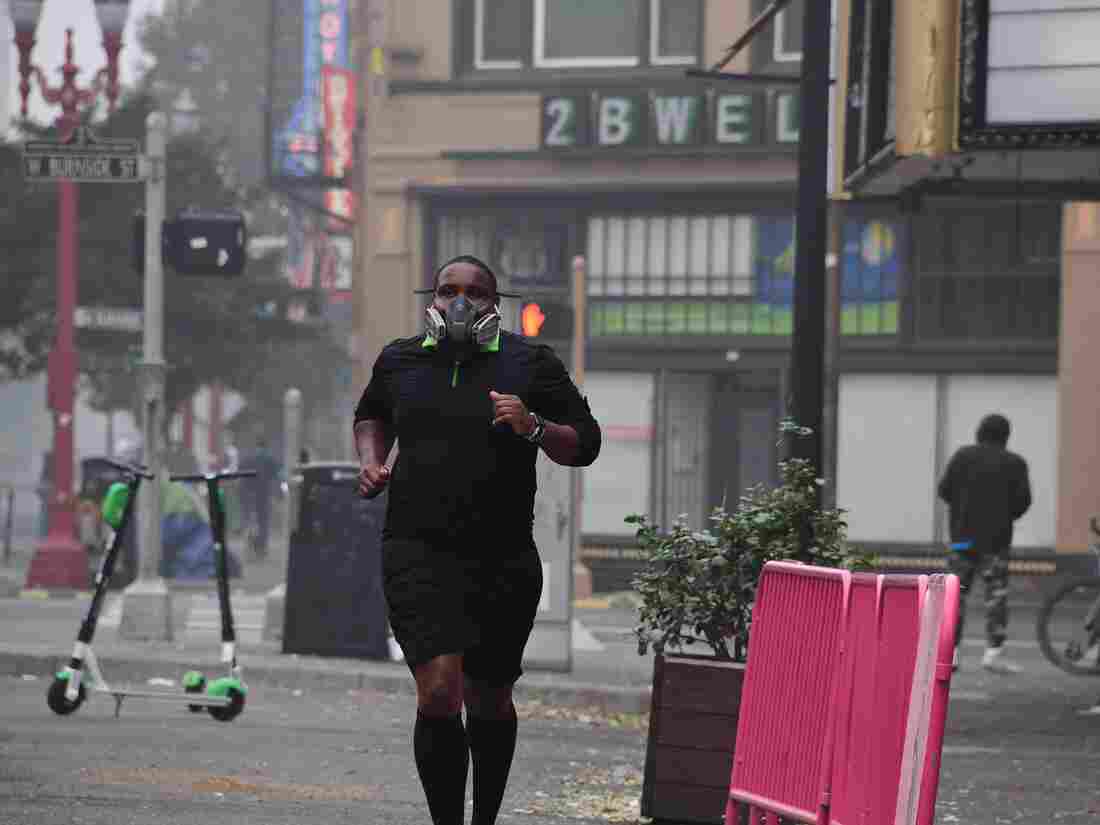 A Portland, Ore., resident wears a respirator to protect himself from wildfire smoke as he jogs in downtown in September 2020. Robyn Beck/AFP via Getty Images hide caption 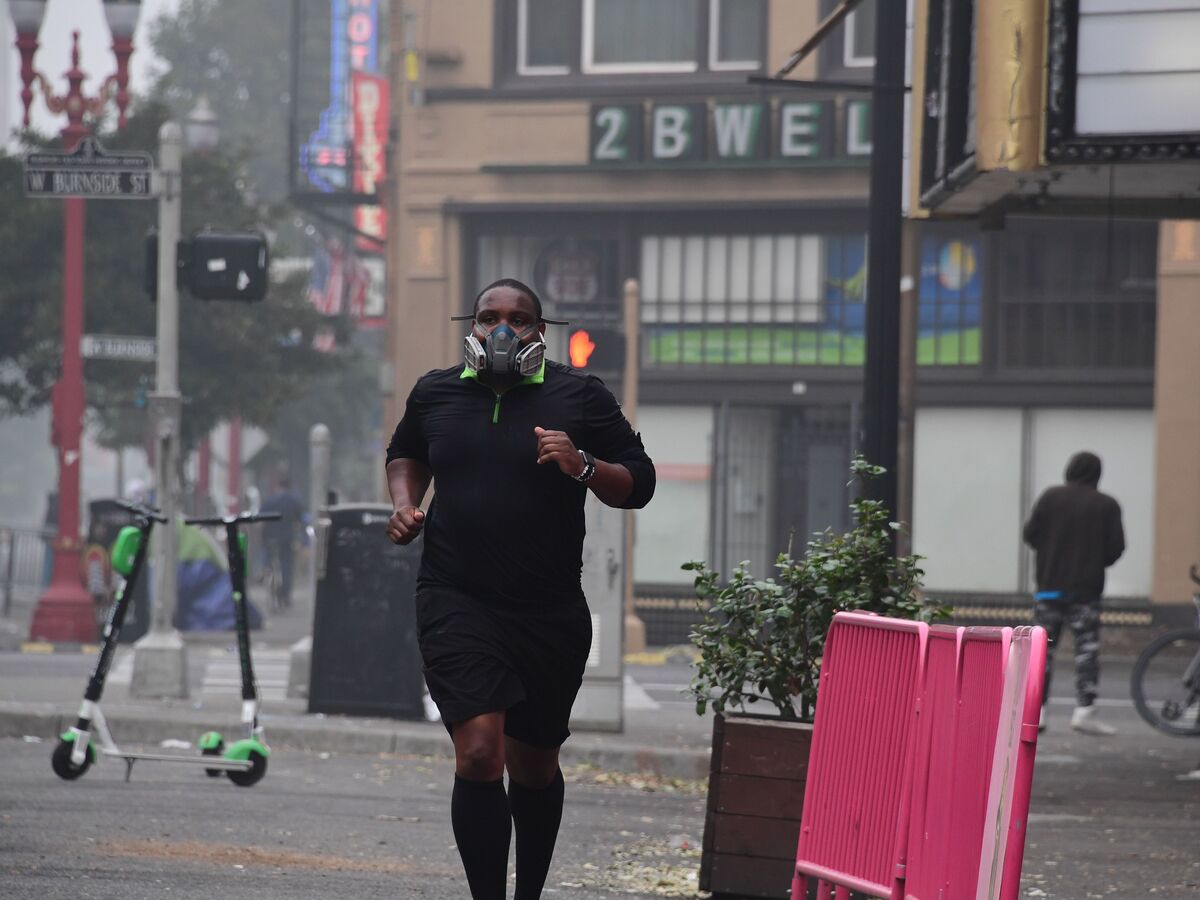 A Portland, Ore., resident wears a respirator to protect himself from wildfire smoke as he jogs in downtown in September 2020.

Climate change is making people sick and leading to premature death, according to a pair of influential reports on the connections between global warming and health.

Scientists from the World Meteorological Organization released a preliminary report on the global climate which shows that the last decade was the warmest on record and that millions of people were affected by wildfires, floods and extreme heat this year on top of the global pandemic.

Separately, a sprawling analysis published Wednesday by the medical research journal The Lancet focuses on public health data from 2019, and finds that heat waves, air pollution and extreme weather increasingly damage human health. It is the most comprehensive annual report yet on the nexus of climate and health, and is routinely cited by climate policymakers. The authors include dozens of physicians and public health experts from around the world.

Both reports make an explicit connection between death, disease and burning fossil fuels.

"Many carbon-intensive practices and policies lead to poor air quality, poor food quality, and poor housing quality, which disproportionately harm the health of disadvantaged populations," the authors of The Lancet analysis write.

Dr. Renee Salas, an emergency room physician at Massachusetts General Hospital and one of the lead authors of the section about the United States, says governments who want to support public health must stop financially supporting the fossil fuel industry.

"We have to stop investing in something that is a thing of the past, and is actually subsidizing health harms," she says. "Climate change and air pollution have the same root cause — the burning of fossil fuels."

In a speech about climate change on Wednesday, United Nations Secretary-General Antonio Guterres called on world leaders to dramatically reduce fossil fuel production. "Humanity is waging war on nature. This is suicidal," he said. "Every country, city, financial institution and company should adopt plans for transitioning to net zero [greenhouse gas] emissions by 2050."

The latest global emissions data suggests that widespread lockdowns in 2020 did virtually nothing to decrease the amount of carbon dioxide in the atmosphere.

Longer, more intense heat waves are a particularly deadly effect of global warming around the world, and older people are most at risk. Over the past 20 years, the number of people over 65 who have died as a result of extreme heat has increased more than 50%, the Lancet report says. At least 296,000 people died because of heat in 2018, the most recent year for which global data are available. 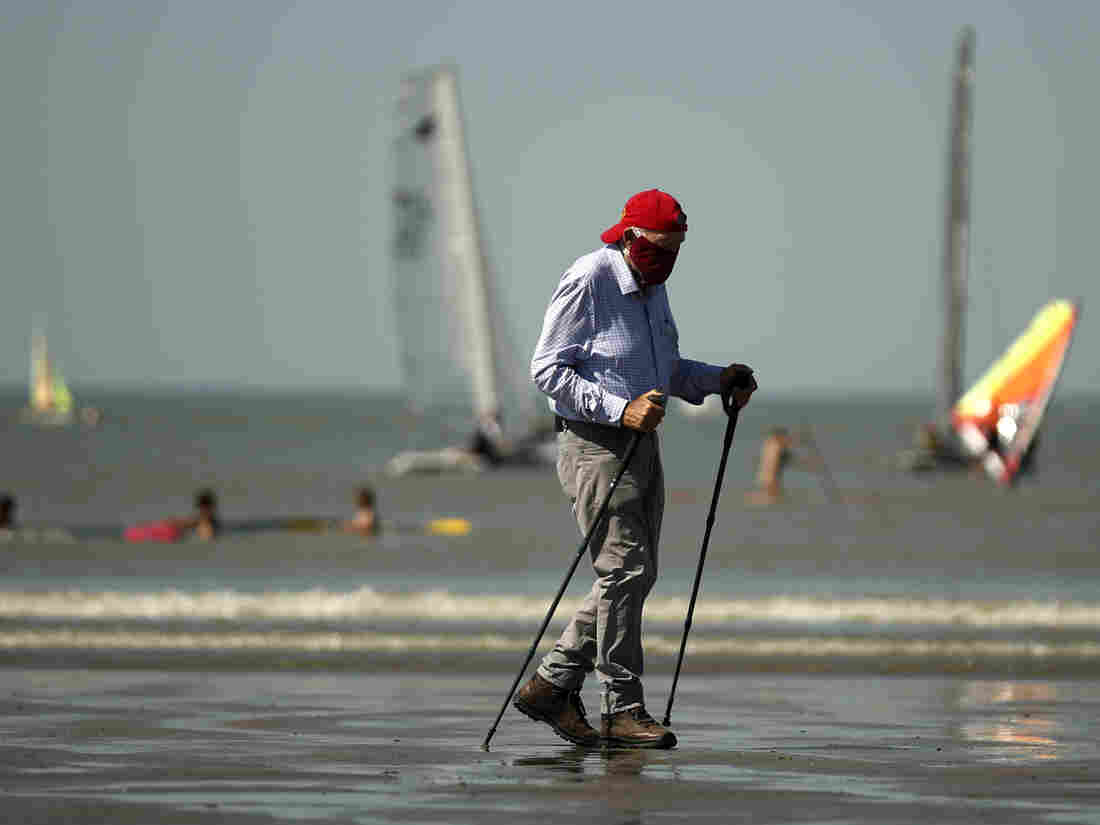 Europe has experienced more intense and prolonged heat waves in recent years — heat that is particularly deadly for older people. In July, a heat wave struck Belgium, luring many to the beach in search of cooler temperatures. Francisco Seco/AP hide caption 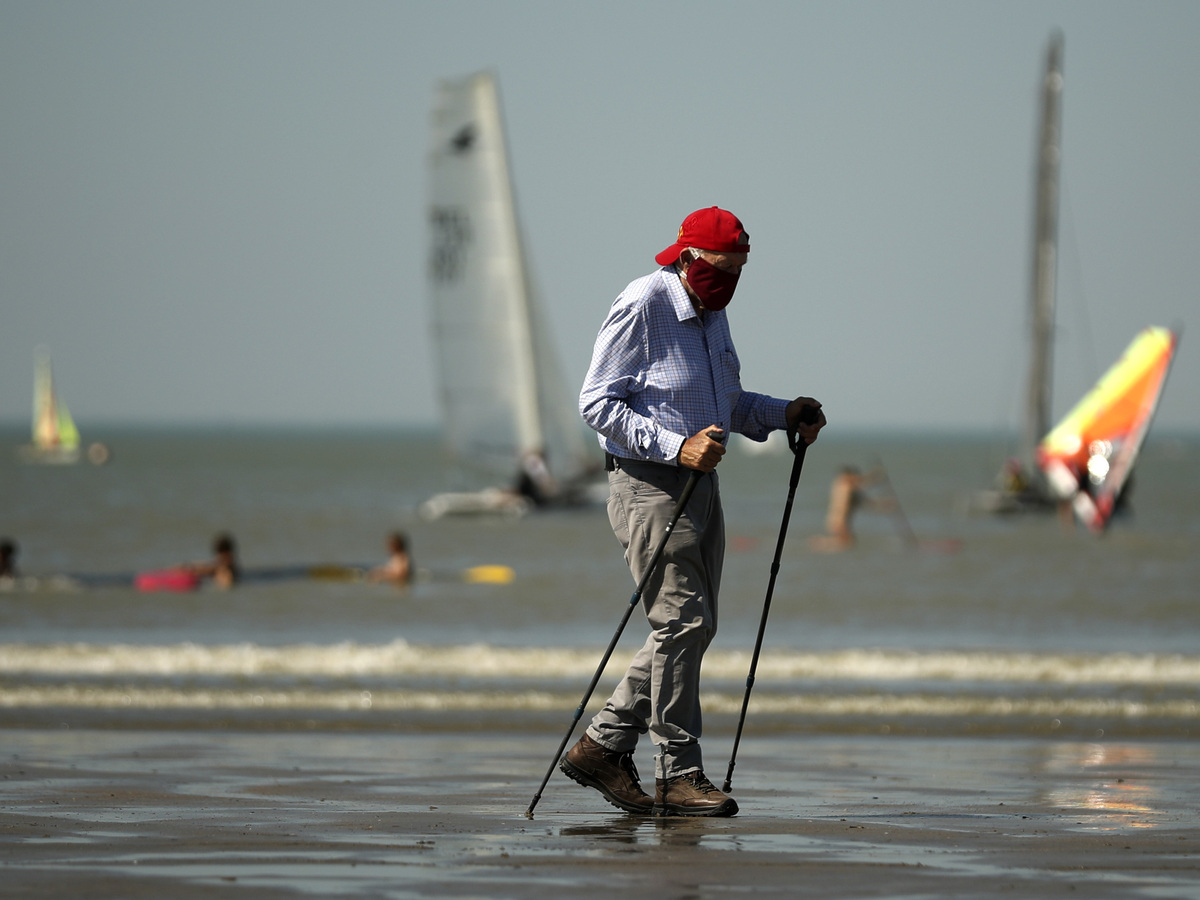 Europe has experienced more intense and prolonged heat waves in recent years — heat that is particularly deadly for older people. In July, a heat wave struck Belgium, luring many to the beach in search of cooler temperatures.

Heat waves are especially deadly in the northern hemisphere, the authors note. In the U.S. the number of heat-related deaths in people over 65 has doubled in the last 20 years. Nearly 20,000 older people in the U.S. died in connection with heat waves last year.

Previous research has found, in addition, that people who work outside, poor people and student-athletes are all more likely to suffer from heat-related illnesses.

The same survey found that more countries are providing climate and weather information to doctors and hospitals. In 2019, 86 countries said that they had connected their meteorological agencies with their public health agencies, compared to just 70 countries the year before.

Helping hospitals and doctors prepare for climate-driven disasters is increasingly important as concurrent disasters become more likely. Salas, who does research at Mass General on the intersection of health, health care and climate change, says the 2020 pandemic made clear how ill-equipped the public health apparatus is to handle major disasters.

She says the "cascading and far-reaching failures" of the health system this year in the U.S. should be a wake-up call for the Biden-Harris administration to spend more money protecting health, especially in communities where poor people and minorities have been systematically and disproportionately exposed to pollution and denied adequate health care.

The Lancet report catalogues how air pollution from agriculture, vehicles and power plants contributes to asthma and other diseases that make severe cases of COVID-19 more likely.

"These are two tremendous disasters that are co-occurring in our nation as we speak," says Dr. Georges Benjamin, the executive director of the American Public Health Association.

Benjamin says the global economic recovery from the pandemic is an opportunity to adapt to climate change. "Climate change is an excellent example of severe inequity," he says.

For example, urban areas without green space are increasingly dangerous heat islands that trap hot air and pollution. Planting trees, reducing highway and industrial pollution and investing in new housing are all ways to address climate change and prevent premature death, he argues.

"It's preventable," Benjamin says. "We don't have to live this way."