Accessibility links
What Researchers Learned About How Coronavirus Spreads Through The Air In 2020 : Shots - Health News The emergence of COVID-19 started scientists on a yearlong crash course to learn how the coronavirus might travel through the air and how to stop it. They learned a lot, and quickly.

For Scientists Who Study Virus Transmission, 2020 Was A Watershed Year

For Scientists Who Study Virus Transmission, 2020 Was A Watershed Year 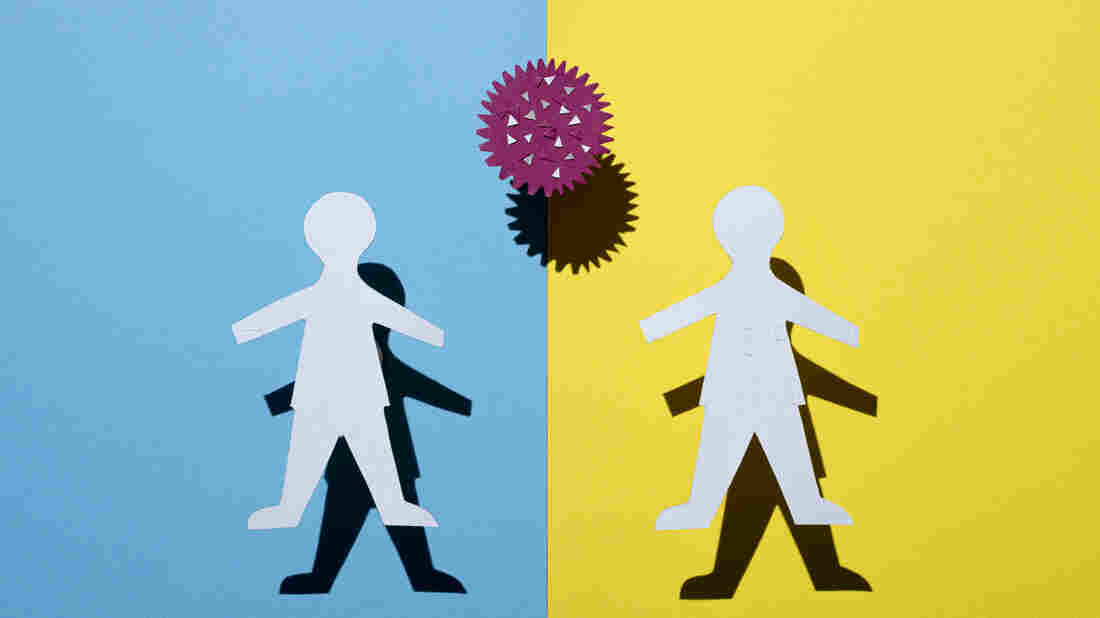 Researches have learned a lot in 2020 about how the coronavirus spreads through the air. Francesco Carta fotografo/Getty Images hide caption 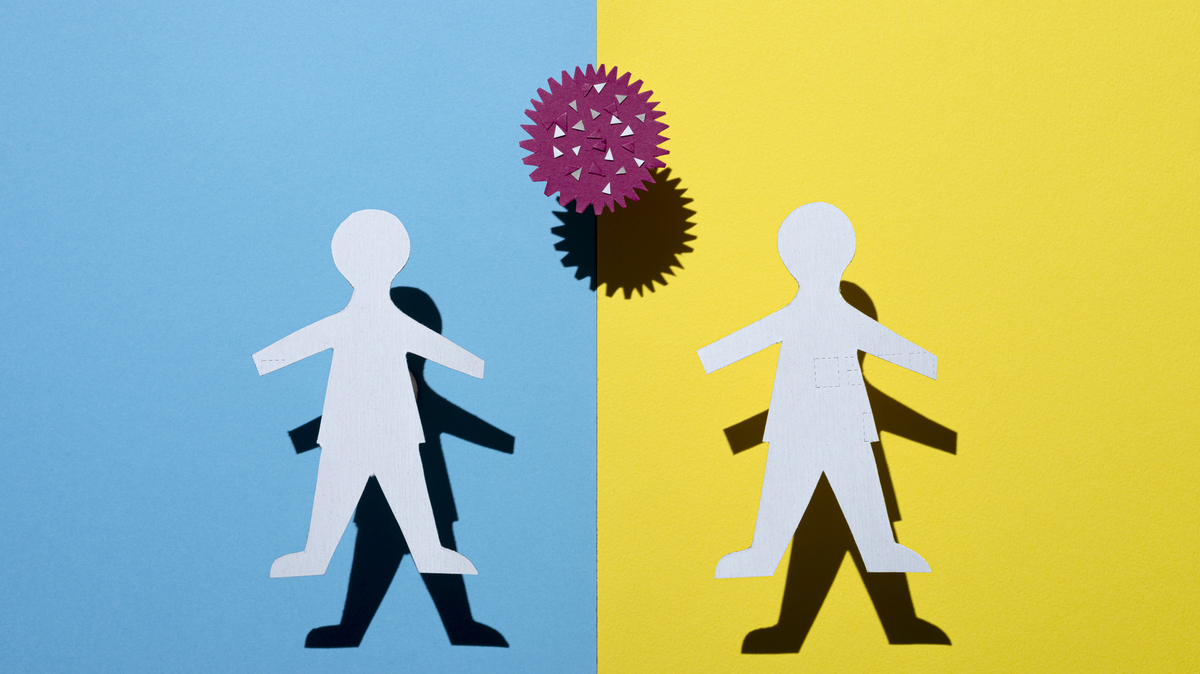 Researches have learned a lot in 2020 about how the coronavirus spreads through the air.

When Linsey Marr looks back at the beginning of 2020, what strikes her is how few people in the world really understood how viruses can travel through the air.

"In the past year, we've come farther in understanding airborne transmission, or at least kind of beyond just the few experts who study it, than we have in decades," says Marr. "Frankly, I thought it would take us another 30 years to get to where we are now."

The urgency of the coronavirus pandemic thrust her once obscure field into the spotlight, as everyone from public health experts to ordinary citizens tried to gauge the safety of myriad activities, such as going to the grocery store, swimming at the beach or gathering for a party.

"Back in January, the understanding of how viruses spread through the air was really primitive and incorrect," says Marr, a researcher at Virginia Tech who has spent years studying virus transmission. "It's been pretty wild to see airborne transmission of viruses become big news."

Why These Tiny Particles Are A Big Deal

At the start of this coronavirus outbreak, the prevailing assumption among many medical experts was that respiratory viruses primarily spread through droplets of saliva and mucus that fly into the air after a cough or a sneeze. These were thought to travel only a short distance before falling to a surface. Public health messages consequently urged people to wash their hands and avoid touching their faces.

The coronavirus wasn't thought to be "airborne," a word associated with viruses like the one that causes measles. An airborne virus was widely considered to be a germ that could travel in tiny particles called aerosols that hang suspended in the air and linger for quite a while, potentially traveling long distances.

But, in reality, there's no clear cutoff between a virus that travels in aerosols and one that travels in larger droplets, says Marr. Infected people can give off respiratory viruses in particles of all different sizes that can travel a variety of distances, and big droplets can evaporate away into smaller ones. Very close to an infected person, the concentration of airborne virus could be high, and others could simply inhale it.

As the new coronavirus began to spread, it sure seemed like airborne spread — at short range — might be critical.

"Once it became more apparent that this was a really important route of transmission, you know, I and others started making noise about this," says Marr, who sent out a tweet in early March that said, "Let's talk about #airborne transmission of #SARSCOV2 and other viruses. A discussion is needed to improve accuracy and reduce fear associated with the term."

Let's talk about #airborne transmission of #SARSCOV2 and other viruses. A discussion is needed to improve accuracy and reduce fear associated with the term. /1

Meanwhile, scientific research on how the coronavirus moved through the air was being conducted at an astonishingly rapid pace.

"We're not even 12 months in, and we know things about this virus that we don't know about viruses that have been around for decades," says Josh Santarpia, a researcher at the University of Nebraska Medical Center.

He notes that no one has been able to grow measles virus from an air sample and yet some people insisted that this kind of proof was needed before saying that the novel coronavirus could be airborne.

"It was interesting that the burden of proof was so high for this virus when it wasn't for these other things that we just sort of generally consider to be airborne," says Santarpia.

His medical center took care of some of the first people with the coronavirus in the United States, and Santarpia recalls standing at the end of their beds with a device that collected air while they talked or breathed. His lab then analyzed the tiny airborne droplets, looking for the genetic signature of the coronavirus.

VIDEO: How To Protect Yourself From Coronavirus That Can Linger In The Air

"We were getting positives, more than one positive in the air samples," says Santarpia. "I was shocked." Signs of the virus were in such tiny particles that he worried that nothing less than the most protective masks could stop it.

Soon, though, studies showed that even simple masks are able to reduce the amount of virus that gets out into the air, cutting the risk of transmission. Suddenly mask-wearing became an ordinary — if politically contentious — part of everyday life.

Santarpia was floored at how quickly ventilation became a normal subject of conversation for the public.

"You know, 'How well ventilated is this space? Should I be spending time inside or outside?' " says Santarpia. "It's changed so much about the way we view the world."

Whether this will be a lasting change is an open question.

Donald Milton, a researcher at the University of Maryland, has spent a quarter-century thinking about the transmission of respiratory viruses through the air and has published studies showing that better ventilation in offices and dormitories is associated with a lower risk of virus transmission.

He's hoping the experience of this past year will lead to better engineering solutions being put in place to improve the overall safety of houses and other indoor spaces — things like enhanced ventilation, air filters or special lights up by a room's ceiling to disinfect the circulating air.

"How can we make indoor spaces safe so that we can keep our economy running and fight a pandemic without all the damage that we are seeing from the interventions that we have been forced to take this year?" says Milton. "I want to see us understand how it is that you can make a restaurant a safe place to be during a flu season and during a pandemic."

He thinks it's doable, but he worries that once vaccines get the coronavirus in check, people will just lose interest — until the next time there's a new virus that can be transmitted through the air.