Accessibility links
Katrina & Beyond NPR coverage of Hurricane Katrina and the aftermath. Interviews with hurricane victims and rebuilding efforts in New Orleans and Mississippi. 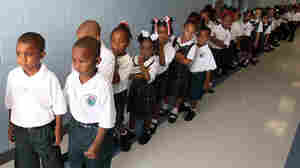 August 30, 2010 • In the city's public schools, test scores are climbing, charter schools are opening all the time, and facilities are being upgraded. But the population of the schools is overwhelmingly African-American. The head of one charter school network says it takes a long time to break old patterns.

When The Levees Broke: The rate of suicide in 2008 and 2009 in Orleans Parish was about twice as high as it was the two years before the levees broke.  Above, the 17th Street Canal Levee. Mario Tama/Getty Images hide caption

August 30, 2010 • Five years after Hurricane Katrina, trauma and stress still play a part in the emotional lives of New Orleans residents. The evidence: In 2008 and 2009, the suicide rate in Orleans Parish was twice as high as it was the two years before the levees broke. 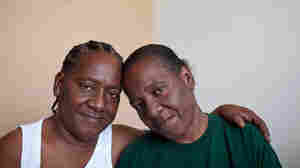 Before evacuating from Katrina, Bobbie Jennings (right) lived next door to her twin sister, Gloria Williams, in the public housing that existed on the same site as Harmony Oaks in New Orleans. While Jennings likes the actual apartment, she says she is unhappy with the new development because the new apartments do not provide the same sense of community as before. Katie Hayes/NPR hide caption

August 28, 2010 • When Hurricane Katrina hit New Orleans five years ago, more than 5,000 families lived in the city's public housing developments. Now, only a third of them are back in public housing. While some who are in the new developments are struggling with the different community, others are over the moon with the shiny new units.

Five Years After Katrina, A Return To Bay St. Louis

August 28, 2010 • Five years ago, just after Hurricane Katrina hit, Scott Simon traveled to Bay St. Louis, Miss., where the eye of the storm came ashore. The town was devastated. He now returns to find out what's happened to the people and the place he profiled at the time.

Five Years After Katrina, A Return To Bay St. Louis 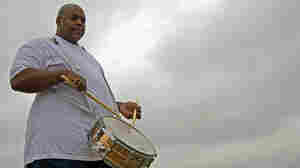 Lumar C. LeBlanc was photographed for the Surviving Katrina and Rita in Houston project installation, "Who We Are." LeBlanc was interviewed by Dallas McNamara, a fellow Katrina evacuee, on Jan. 21, 2007. Dallas McNamara hide caption

August 27, 2010 • When the thousands of people fled New Orleans after the storm, they scattered all over the country, with Houston receiving the biggest influx of evacuees. For some families the transition to a new city was easy though bittersweet. Still, others struggled to plant roots. 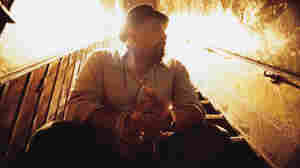 New Orleans' premier musical event, the Jazz and Heritage Festival, has been steadily rebuilding attendance since then, drawing on nationally known local talent such as Aaron Neville (above). Courtesy of Aaron Neville hide caption

August 26, 2010 • Five years after Hurricane Katrina, New Orleans isn't the city it used to be. The Census Bureau estimates there are 100,000 fewer people living there than before the storm. But many in New Orleans say things may actually be better -- from its sense of community to a greater appreciation of the city's food and music. 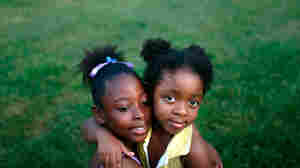 August 25, 2010 • Getty Images photographer Mario Tama thought he was on his way to cover the Burning Man festival in Nevada when Hurricane Katrina started approaching the Gulf Coast. His editor redirected him to New Orleans, where he stayed throughout the storm. He returned to New Orleans more than 15 times in the past five years to show the rebounding spirit of the Crescent City. His images are now collected in a new book — Coming Back: New Orleans Resurgent. 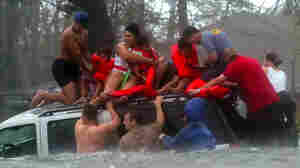 Bay St. Louis Emergency Management Agency volunteer crews rescue the Taylor family from the roof of their Suburban, which became trapped on U.S. 90 due to flooding during Hurricane Katrina. Ben Sklar/AP hide caption

August 24, 2010 • Telling Their Stories is an emotional and moving retrospective of the powerful images made in the aftermath of Katrina. 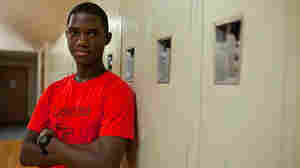 After Hurricane Katrina hit five years ago, Donnell Bailey was displaced to Houston. There, the 10-year-old was placed in a national charter school known as KIPP. At first, Donnell acted out. But eventually, he turned his behavior around -- and when he moved back to Louisiana, he was placed in another KIPP school, which eventually recommended him to a private school. Now, Donnell is a sophomore at the Metairie Park Country Day School in Metairie, La., and is class president. Katie Hayes/NPR hide caption

August 24, 2010 • For many children of New Orleans, their world was turned upside down five years ago when Katrina swept through the city. Since their return, one misfit became a star, while another teen struggles to get the attention he needs. Meanwhile, the school system continues undergoing major changes. 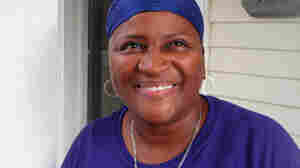 Sharon Hanshaw, a beautician turned global climate activist living in Biloxi, Miss., has traveled the world to tell the story of how her neighborhood has struggled to recover from Hurricane Katrina. Debbie Elliott/NPR hide caption

August 23, 2010 • When Hurricane Katrina hit the Gulf Coast five years ago, it sent a 30-foot-high wall of water ashore the coast of Mississippi. Sharon Hanshaw, who lost her home and beauty shop in Biloxi, says she's fighting for equitable development for her impoverished community. 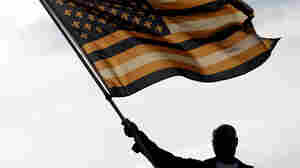 August 23, 2010 • This week marks the fifth anniversary of Hurricane Katrina's landfall in the Gulf region, devastating the area and leading to levee breaches that flooded most of New Orleans. TV critic David Bianculli says that television was all over the story then -- and five years later, is all over it again now. 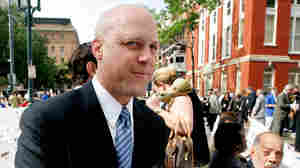 August 12, 2010 • Much of New Orleans has been rebuilt since the hurricane swept through. And the city is attracting more young professionals than at any time in memory. But many of the problems exposed by Katrina remain, including crime, income inequality and reliance on struggling industries. 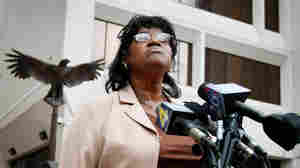 Sherrel Johnson, the mother of James Brissette who was killed on the Danziger Bridge in the aftermath of Hurricane Katrina, speaks to reporters on April 7 outside a federal court in New Orleans. Former New Orleans police officer Michael Hunter pleaded guilty that day in connection with a police cover-up of their shooting of unarmed civilians. Gerald Herbert/AP hide caption

August 12, 2010 • In the weeks after Hurricane Katrina in 2005, lawlessness engulfed the city and police leadership was absent. Five years later, a continued perceived police impunity and persistently high murder rate have led to an increasing mistrust in the city's officers.

January 25, 2010 • NPR first met Donald and Colleen Bordelon when they were rebuilding their home after Hurricane Katrina. Over time, they captivated Morning Edition listeners with their wit, their honesty and their hope. Donald died last week in his rebuilt home. He was 53.

November 18, 2009 • Flood victims argued that the widening of a navigation channel maintained by the Army Corps of Engineers and subsequent loss of protective wetlands turned the channel into a speedway for the hurricane's storm surge. A federal judge in New Orleans agreed and awarded damages of about $720,000 to four people and a business.

August 28, 2009 • Four years after Hurricane Katrina, Louisiana residents Donald and Colleen Bordelon say things are looking better. The construction on their house is finally complete. But their struggles aren't over — and there are some things they'll never get back.

August 27, 2009 • This week marks four years since Hurricane Katrina swept through New Orleans and parts of Mississippi, displacing hundreds of thousands. Tell Me More has followed the recovery of one New Orleans resident Gralen Banks in his quest for normalcy as he attempts to reclaim the life he once knew.

August 27, 2009 • Four years after Hurricane Katrina, housing is still elusive for some storm victims. In the small fishing villages along the Alabama Gulf Coast, the storm made a hardscrabble life even harder. One town is using federal money to move residents to higher ground, but not everyone wants to go.

June 1, 2009 • Nearly half of the Mississippi Gulf Coast's mayors are not seeking re-election. The main reason? They can't muster another four years wading through Hurricane Katrina's aftermath.

May 16, 2009 • The Federal Emergency Management Agency has unveiled new models of temporary housing designed to provide shelter for people displaced by natural disasters. One key change: They have been built with as little formaldehyde as possible, following complaints about the trailers that FEMA provided to Hurricane Katrina victims.

May 15, 2009 • Testimony wrapped up Thursday in a New Orleans civil lawsuit concerning the extensive flooding that took place after Hurricane Katrina. At question is whether the U.S. government can be held accountable for it. The trial has drawn attention because the government is usually immune from such lawsuits.

The 'Class Of Katrina' Moves Past Emotional Chapter

May 11, 2009 • Conisha Holloman was beginning a new chapter in life as a college freshman in New Orleans when the most destructive storm in U.S. history swept through the Big Easy. The devastation and its toll would inevitably shape her college experience at Xavier University. Four years later, Holloman, a newly-minted college graduate reflects on the powerful storm as she moves on with hopes of starting yet a new chapter in life.

The 'Class Of Katrina' Moves Past Emotional Chapter