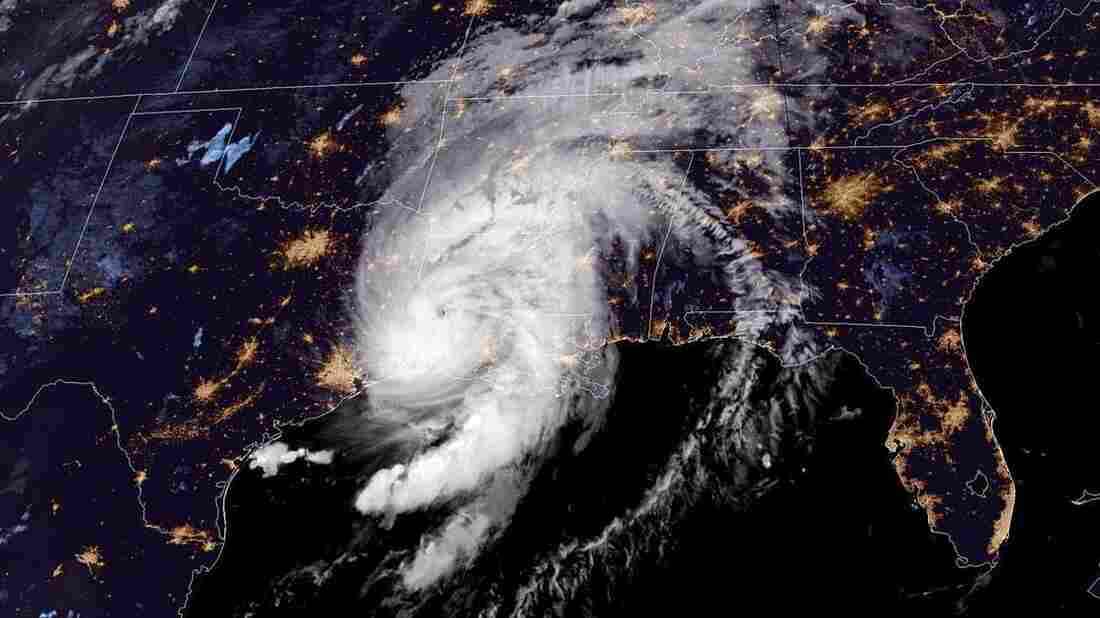 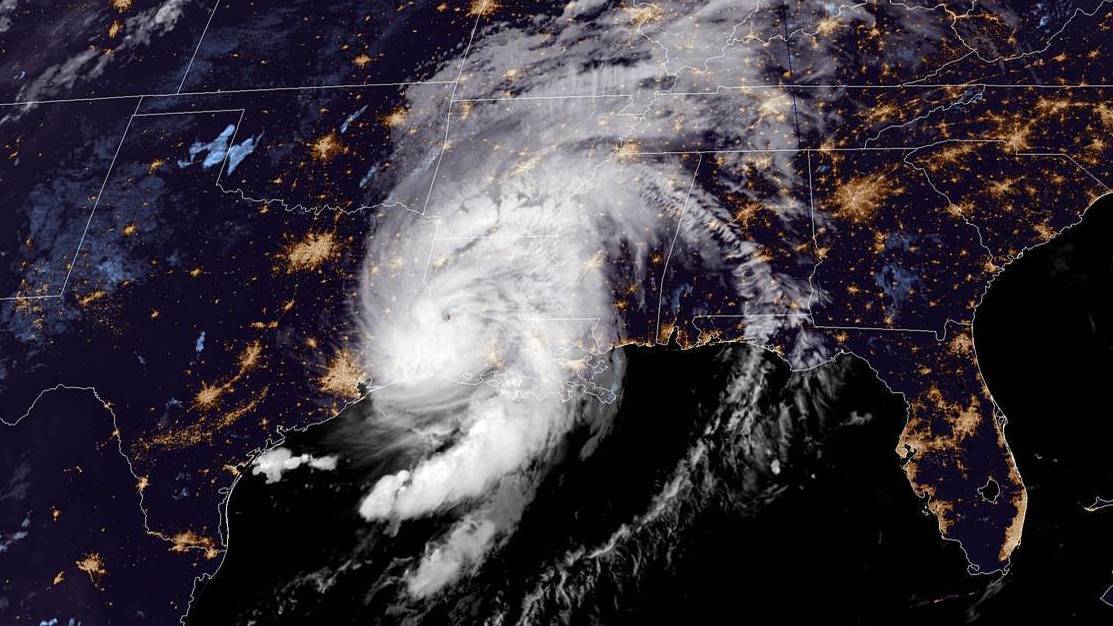 Laura rapidly intensified into an extremely dangerous storm as it neared land, with the Gulf of Mexico's warm waters spinning its maximum sustained winds up to at least 150 mph.

When the storm's eyewall moved onshore around 1 a.m. ET, forecasters at the National Hurricane Center emphasized the personal threat to anyone in its path:

"TAKE COVER NOW! Treat these imminent extreme winds as if a tornado was approaching and move immediately to the safe room in your shelter. Take action now to protect your life!"

The advisory instructed people to get under a table and shield themselves with mattresses and blankets.

The hurricane made landfall as a Category 4 storm, crossing over Cameron, La., roughly 35 miles east of the Texas border. Laura has since weakened, but the National Hurricane Center warns that "a life-threatening storm surge with large and destructive waves will continue within the Storm Surge Warning area this morning."

The dangerous surge of water could reach communities up to 40 miles inland from the coast, and it's expected to take days before floodwaters fully recede.

Only one other storm is known to have hit Louisiana with as much raw power: Last Island in 1856, which also had 150 mph winds, according to meteorologist Philip Klotzbach.

Table of 11 strongest #hurricanes to make landfall in Louisiana on record (since 1851) based on maximum sustained wind. #HurricaneLaura is tied with Last Island (1856) for strongest Louisiana landfalling #hurricane on record - 150 mph max winds. pic.twitter.com/4ojOIjPYzS

The storm forced hundreds of thousands of people to evacuate in Texas and Louisiana ahead of its arrival. On Thursday, more than half a million utility customers are now without power, according to the tracking site PowerOutage.us.

Laura's maximum sustained winds dropped to 100 mph by 8 a.m. ET, making it a Category 2 storm. It's expected to weaken rapidly and become a tropical storm later today. But it's pummeling communities far inland as it moves northward with strong wind gusts and torrential rain.

People in Louisiana, Mississippi and Arkansas could see 6-12 inches of rain with isolated areas getting as much as 18 inches.

"The center of Laura is forecast to move over Arkansas tonight, the mid-Mississippi Valley on Friday, and the mid-Atlantic states Saturday," the National Weather Service says.