Accessibility links
Hurricane Laura Knocks Out Power For Hundreds Of Thousands In Louisiana And Texas : Hurricane Laura Live Updates As of 12 p.m. ET Thursday, 578,911 customers were without power in Louisiana, and in Texas, 139,307 people were in the dark, according to the tracking site poweroutage.us. 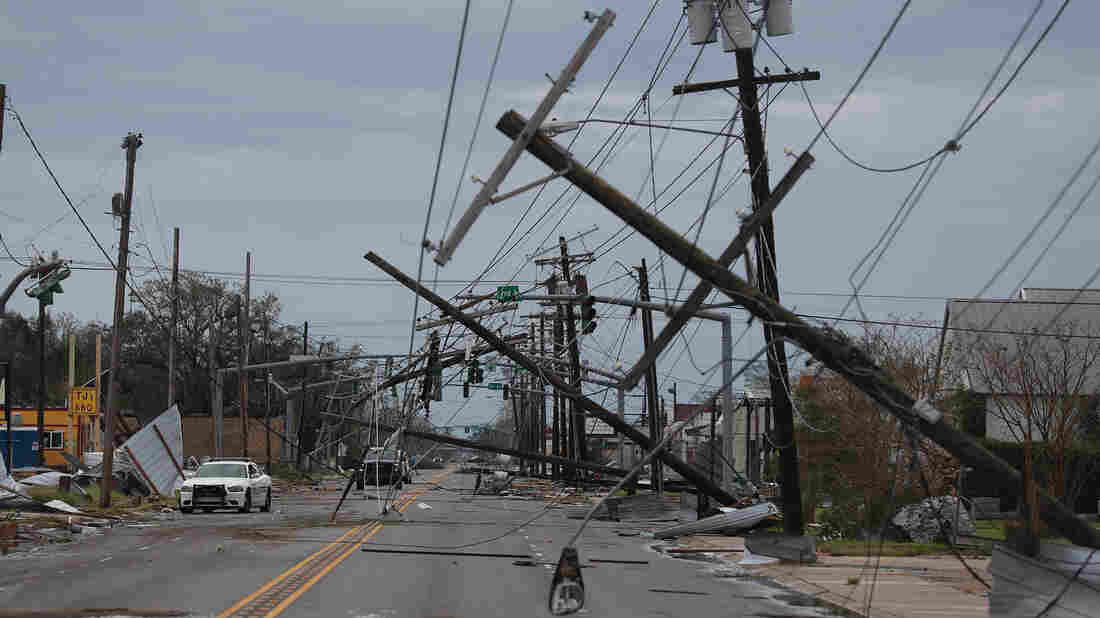 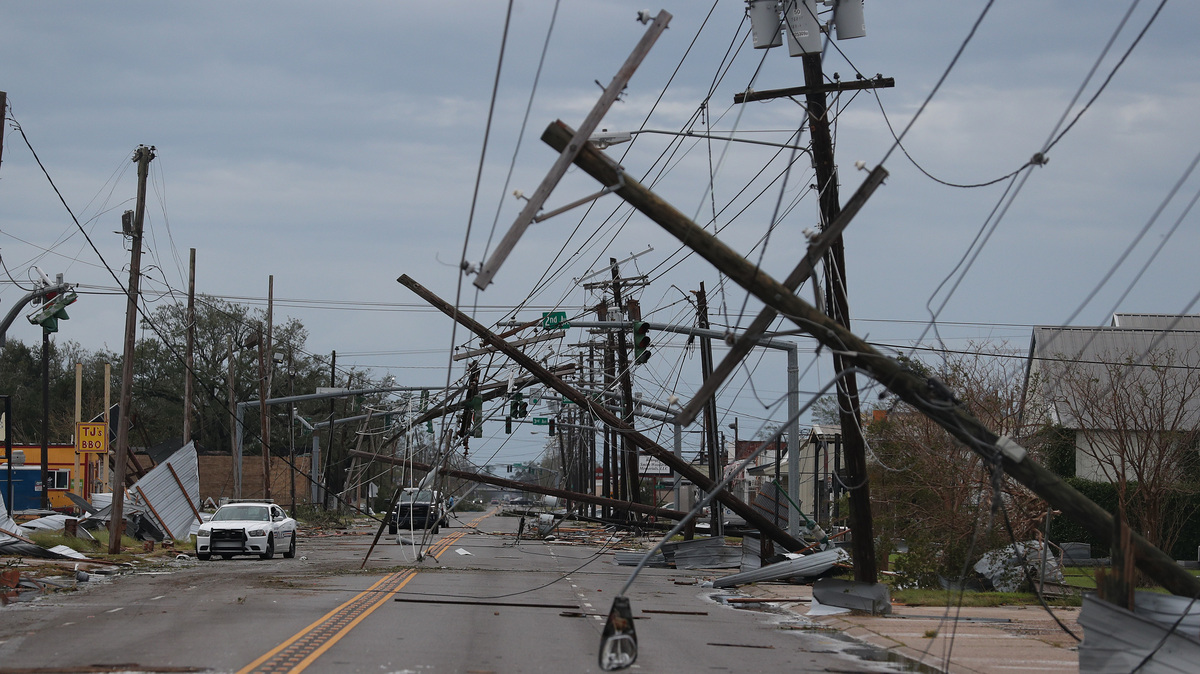 A street is seen strewn with debris and downed power lines after Hurricane Laura passed through Lake Charles, La., on Thursday.

Hurricane Laura knocked out power for hundreds of thousands of utility customers in Louisiana and Texas and forced thousands to evacuate.

As of 12 p.m. ET Thursday, 578,911 customers were without power in Louisiana, and in Texas, 139,307 people were in the dark, according to the tracking site poweroutage.us.

The storm was moving inland through southwestern Louisiana with maximum sustained winds of 75 mph on Thursday morning, the National Hurricane Center said.

Ahead of the storm, about 10,000 people evacuated from Texas, mostly along the southeast coast and the border with Louisiana, Texas Gov. Greg Abbott told ABC's Good Morning America. He emphasized that those early evacuations saved lives.

"It could have been a lifesaver," he said. "That may be one reason why we don't have any reports of loss of life yet."

In Louisiana, officials expressed concerns that not enough people evacuated coastal areas. Many people who built up their homes to 15 feet after Hurricane Rita probably thought they would be safe, Lt. Gov. Billy Nungesser told ABC.

At least 150 people in Cameron Parish refused to leave the area after officers went door to door urging some 7,000 residents to get out, the Houston Chronicle reported. The National Hurricane Center said storm surge there was projected to reach 20 feet.