Accessibility links
Hurricane Laura's Intense Winds Cut Through Louisiana Coastline : Hurricane Laura Live Updates One of the most powerful storms to hit the state in living memory leaves destruction and misery in its wake, with debris from homes and businesses scattered about and at least one death. 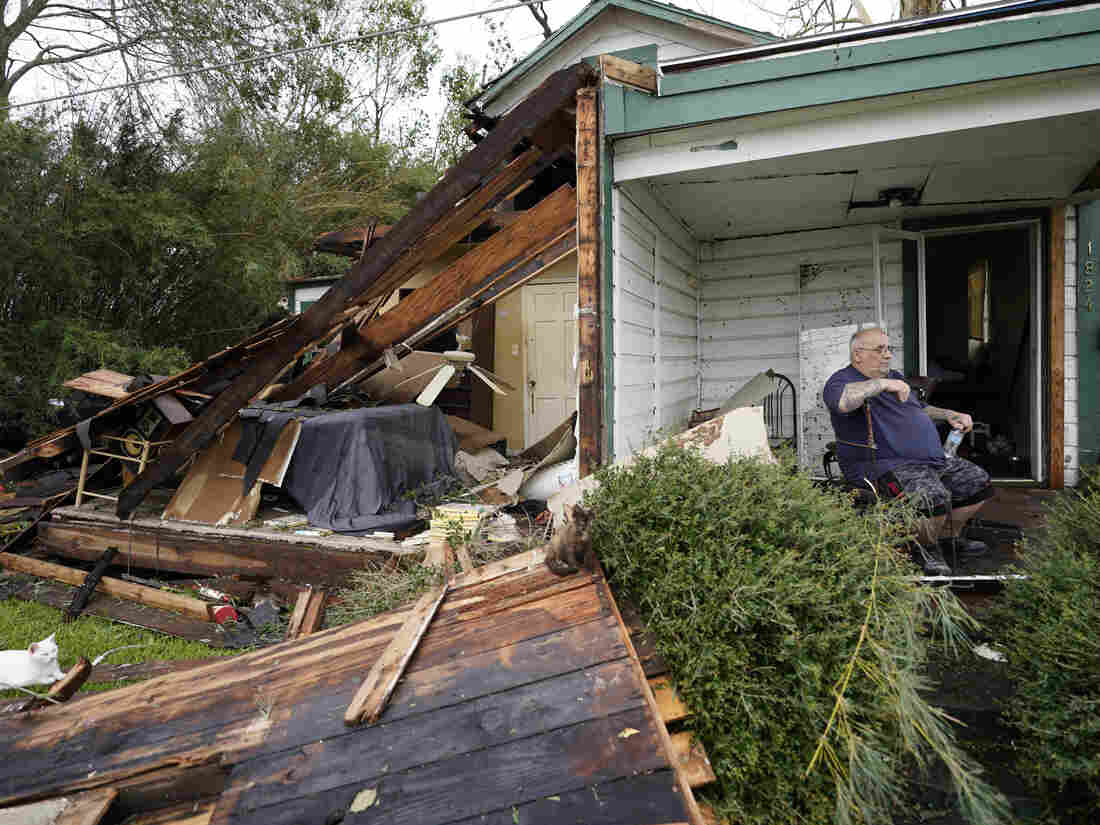 Chris Johnson views destruction at his home Thursday in Lake Charles, La., after Hurricane Laura moved through the state. Johnson stayed in his home as the storm passed. Gerald Herbert/AP hide caption 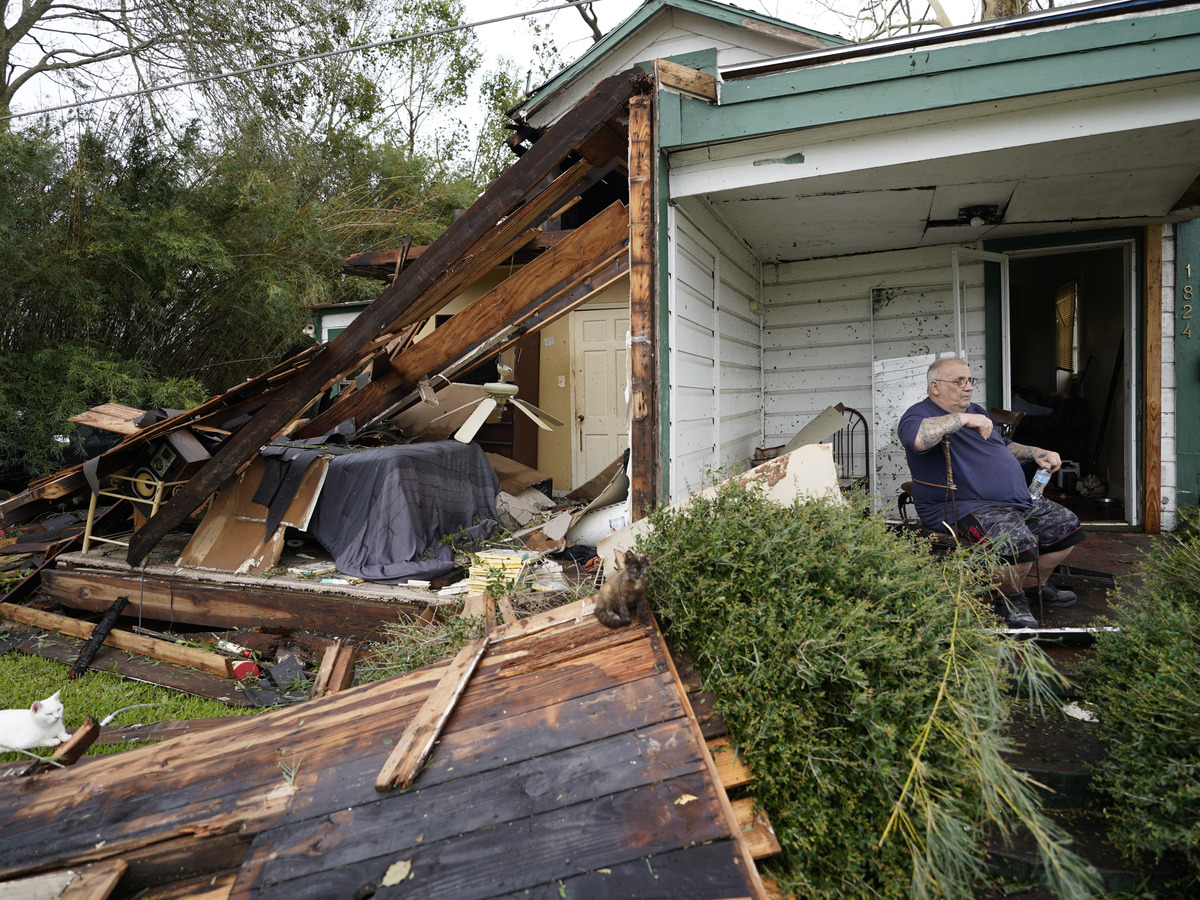 Chris Johnson views destruction at his home Thursday in Lake Charles, La., after Hurricane Laura moved through the state. Johnson stayed in his home as the storm passed.

Hurricane Laura, one of the most powerful storms to hit Louisiana in living memory, left destruction and misery in its wake, with debris from homes and businesses scattered about, flooded streets, uprooted lampposts and at least one death. Authorities warn there could be more damage yet to be discovered.

Hours after the storm passed the Louisiana coastline, high winds and rain persisted, preventing authorities from checking for survivors.

In hard-hit Lake Charles, Tony Guillory, president of the Calcasieu Parish Police Jury, told The Associated Press by phone that "people are calling ... but there ain't no way to get to them."

Lake Charles, a big petrochemical center, "took a horrific pummeling" from the storm, NPR's John Burnett reported from Beaumont, Texas. The storm topped out as a Category 4 hurricane just as it made landfall around 1 a.m. Thursday near Cameron, La.

"Most buildings are just not designed to withstand 120- to 130-mph winds," Burnett told Morning Edition.

"Families will be talking about this for generations," he added. 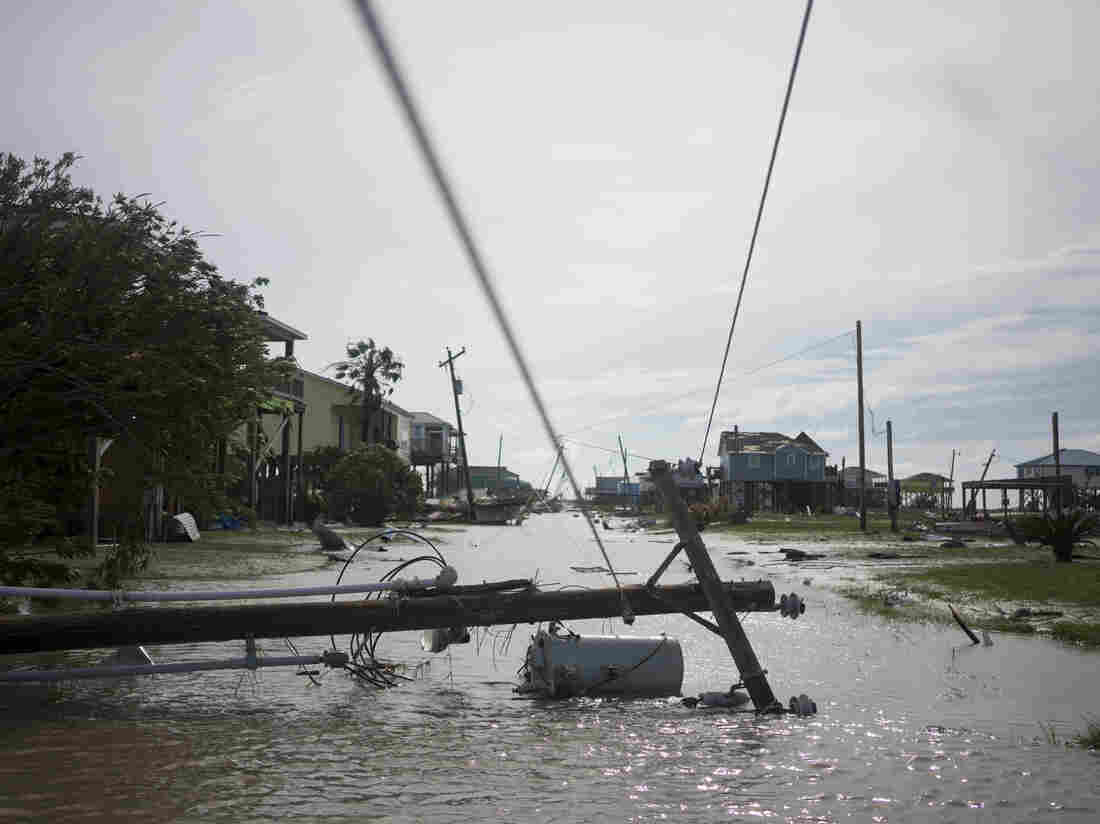 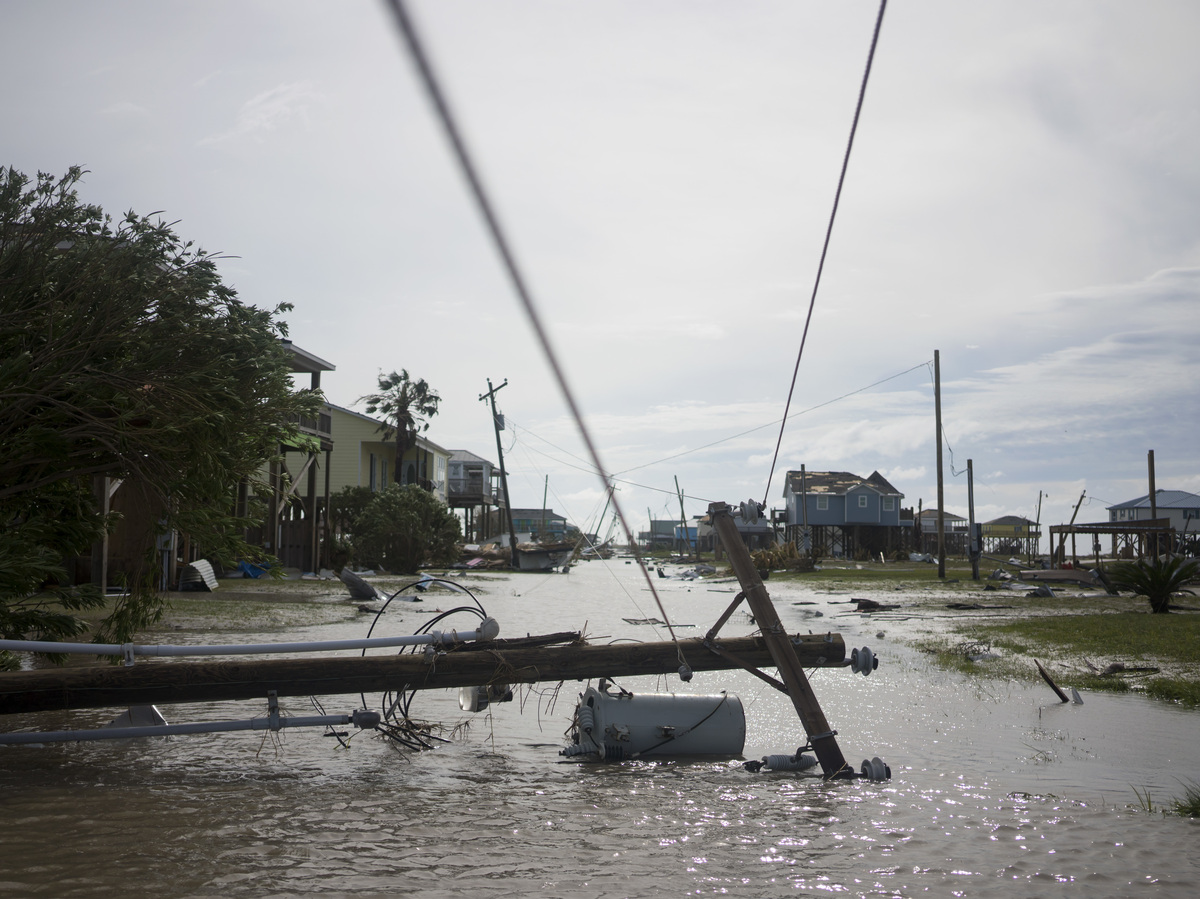 Meanwhile, NPR member station WWNO reported that a fire has broken out at a petrochemical plant in Westlake, La., that manufactures chlorine for swimming pools. It was not immediately known if the fire was caused by the storm.

There is a chemical fire in the Westlake/Moss Bluff/Sulphur area. Residents are advised to shelter in place until further notice and close your doors and windows. Follow the directions of local officials.

The first reported U.S. death from the storm was of a 14-year-old girl in Leesville, La., who was killed when a tree fell on her house, a spokeswoman for Gov. John Bel Edwards said.

"We do expect that there could be more fatalities," the spokesperson, Christina Stephens, said on Twitter.

.@LouisianaGov says he got the report of the first fatality from Hurricane Laura in Louisiana. A 14 year old girl who died when a tree fell on her home. We do expect that there could be more fatalities.

In Lake Arthur, La., Chrystal Breaux told WWNO she was "spared in comparison to some of our neighbors."

"I think that we are blessed to still have a home," she said, adding that she has a sister who lives in Moss Bluff, just north of Lake Charles: "They don't have homes, and they don't have jobs because their places of occupation are completely gone."

Forecasters had warned of "unsurvivable" storm surge. Lt. Gov. Billy Nungesser told ABC's Good Morning America that he was concerned about anyone near the Gulf Coast on Wednesday night. "We've got to pray for them, because looking at the storm surge, there would be little chance of survival," he said.

In Cameron Parish, Nungesser said that 50 to 150 people refused pleas from authorities to leave before the storm — some of them who lived in recreational vehicles.

"It's a very sad situation," Ashley Buller, assistant director of emergency preparedness for the parish, told the AP. "We did everything we could to encourage them to leave."

However, the governor said Thursday morning that early reports indicated the wind was worse than the storm surge, but he warned that the hurricane did "extensive" damage. He said the National Guard was using helicopters to survey damage and make a "full assessment."