Accessibility links
Hurricane Laura Rips Down Confederate Statue 'South's Defenders' In Lake Charles : Hurricane Laura Live Updates Protesters had asked the parish to remove the prominent memorial this summer, only to be turned away two weeks ago. Then came the hurricane. 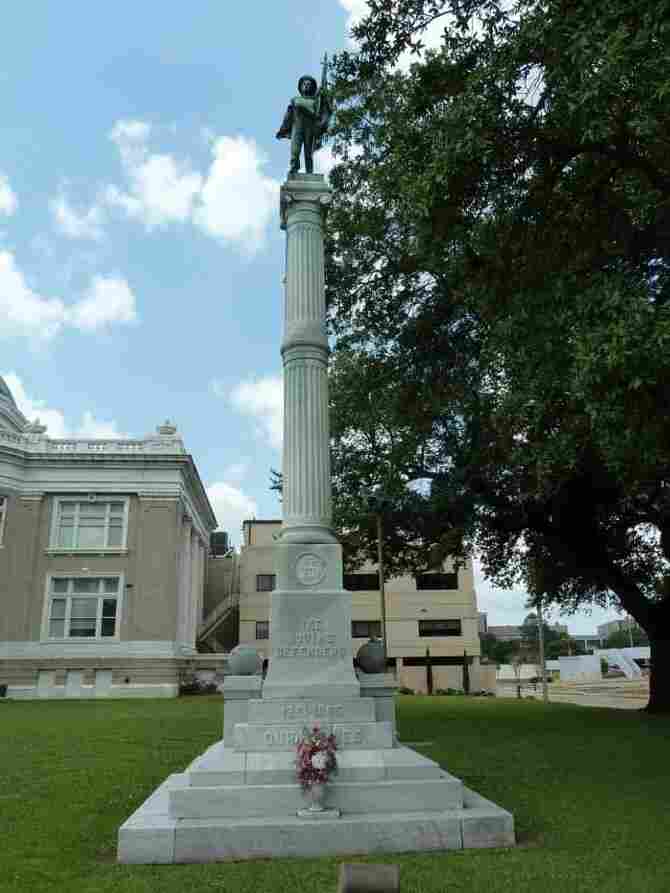 The controversial South's Defenders Memorial Monument has stood at the Calcasieu Parish Courthouse in Lake Charles, La., for more than 100 years. But Hurricane Laura toppled it. Courtesy of Renee C. hide caption 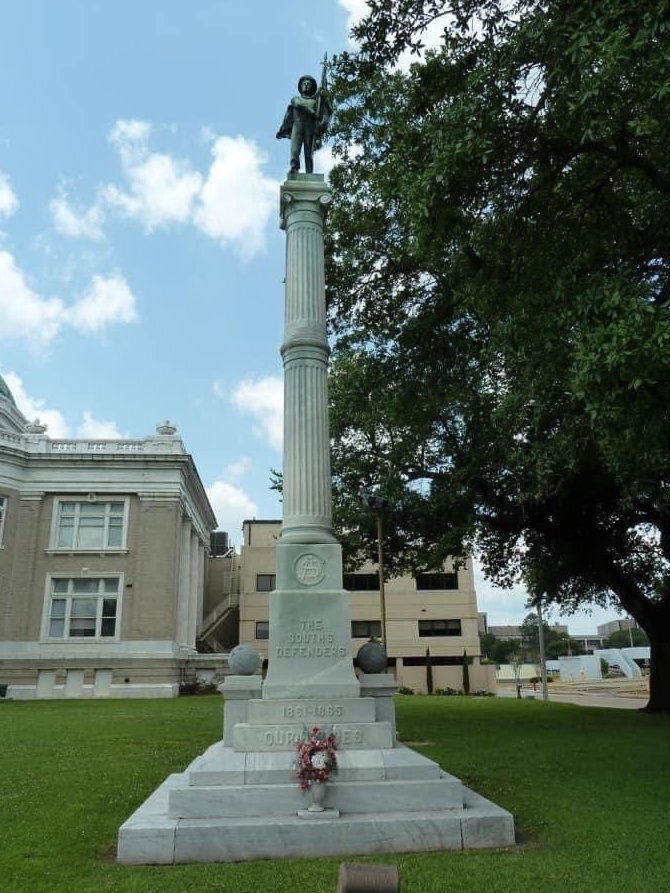 The controversial South's Defenders Memorial Monument has stood at the Calcasieu Parish Courthouse in Lake Charles, La., for more than 100 years. But Hurricane Laura toppled it.

The Confederate statue bore the words "The South's Defenders." But when Hurricane Laura walloped Lake Charles, La., on Thursday, the controversial statue was toppled by one of the strongest storms ever to hit Louisiana.

Protesters had asked the parish to remove the prominent memorial this summer, only to be turned away — prompting talk of an economic boycott. Then came the hurricane.

The South's Defenders Memorial Monument features a young flag-bearing soldier, looking out over the lawn of the Calcasieu Parish Courthouse, where it has stood for more than 100 years. But Laura, which came ashore as a Category 4 storm with winds of 150 mph, knocked the soldier off its pedestal and onto the grass.

To resident Renee C., who didn't want to use her last name out of concern that her employer might not approve, the downing of the statue is one of the only bright spots from Laura's tumultuous visit to Lake Charles.

The storm damaged or destroyed a number of other landmarks, including a bowling alley, a casino and a Happy Donuts, which is a popular source of pastries such as king cakes and kolaches.

"I evacuated so I am NOT there now," she said, after running down a list of the damage. "I'm waiting on word on the condition of my home. It's bad."

Just two weeks ago, the Calcasieu Parish Police Jury – similar to a county commission or council — voted to keep the Confederate monument in its place next to a large oak tree at the courthouse. As Laura mangled the statue, its winds also ripped several limbs from the tree, leaving the grass littered with debris.

Can confirm, the confederate statue in Lake Charles that many were wondering about is gone, apparently a casualty of Hurricane Laura pic.twitter.com/xWzLpRAnBJ

Lake Charles Mayor Nic Hunter and other influential members of the community had joined those calling to move the monument, according to local newspaper American Press. But the police jurors voted to keep the monument.

The parish's decision process included a seven-week public feedback period, which generated a large response. During the voting session, officials said they had received 945 written comments – 878 of which were against moving the statue elsewhere.