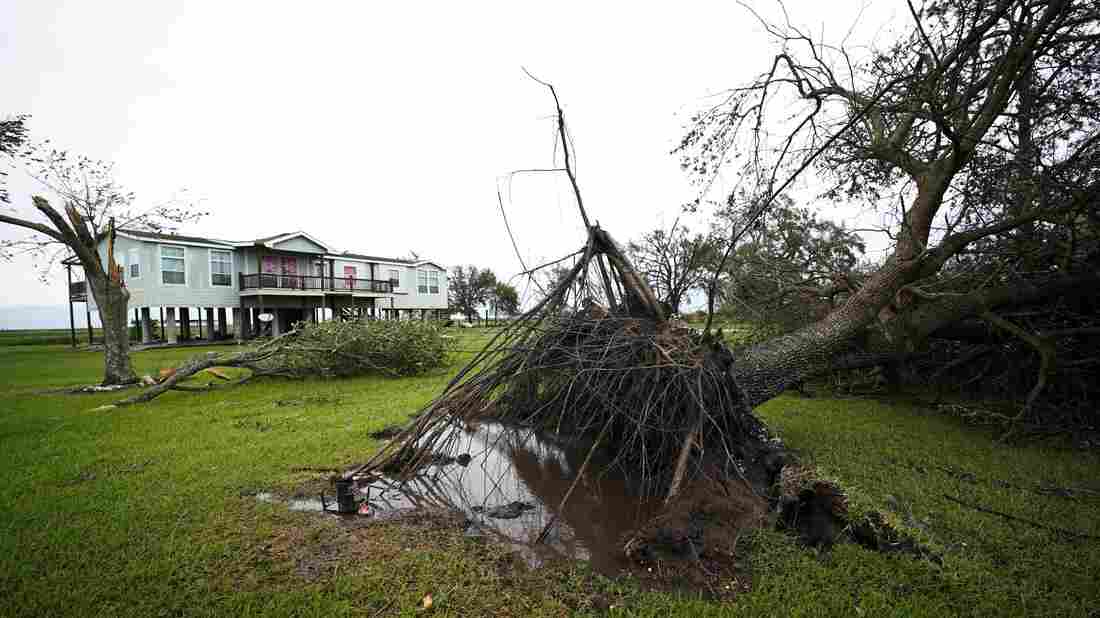 A tree is uprooted in the aftermath of Hurricane Laura Thursday in Sabine Pass, Texas. Eric Gay/AP hide caption 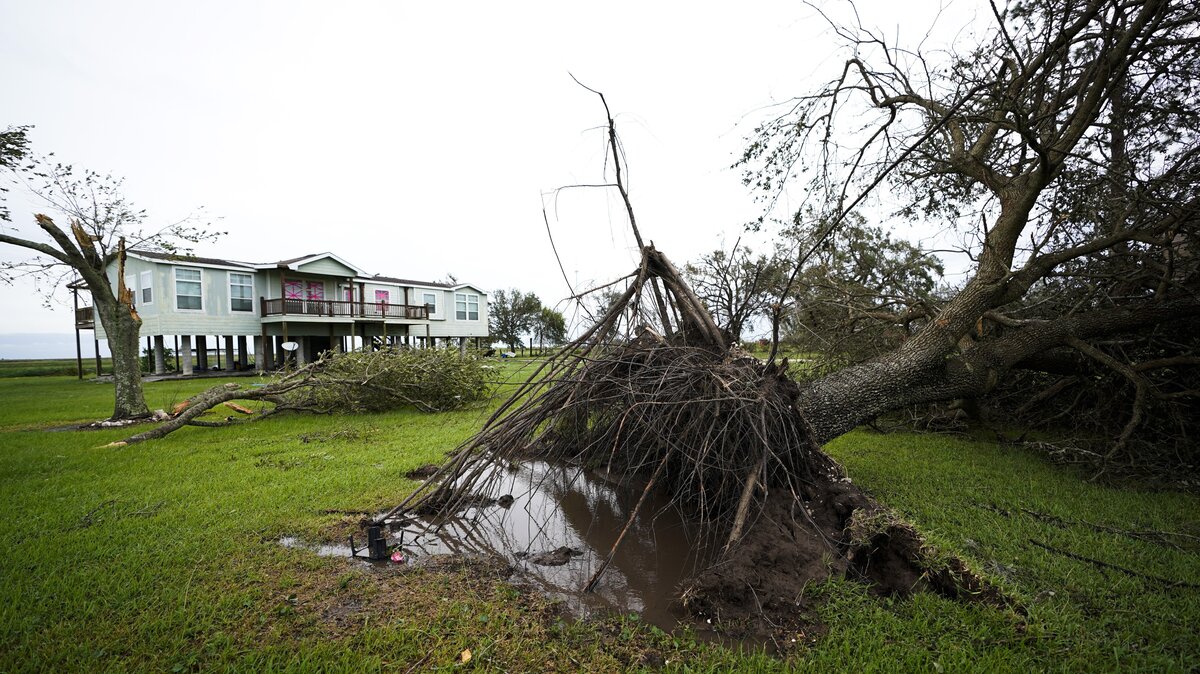 A tree is uprooted in the aftermath of Hurricane Laura Thursday in Sabine Pass, Texas.

Abbott said that storm surge across the southeast Texas coast turned out to be much less severe than projected, which gave the state a break in terms of the devastation.

"It could've been far worse," he said, during a press conference in the town of Orange. "When you consider the magnitude of the damage that did occur here, we did dodge a bullet."

After surveying the damage this morning, it was clear that Orange County bore the brunt of Laura's power, Abbott said.

"The most significant damage I was able to observe from the sky was in Orange," he said. "You saw more rooftops ripped off. You saw big pieces of steel framing wrapped around trees. You saw some roads still inundated, impassable from water."

Abbott said officials still had much work to do in addressing the areas most impacted by the storm.

Search and rescue teams, including National Guard troops, are already on the ground in the areas impacted by the storm, Abbott said. So far, there are no confirmed deaths in Texas from the storm.

More than 160,000 utility customers were affected by power outages in the region affected by the storm as of Thursday afternoon.

The governor said almost 8,500 people evacuated the most vulnerable areas and were provided shelter throughout the state. More than 3,000 people were sheltered in hotel rooms. Abbott urged evacuees to listen to local officials for information about when it is safe to return to their homes.

Abbott credited local officials for implementing evacuation orders and praised residents for following them. Heeding those warnings helped save lives and property, he said.

"That is a miracle," Abbott said. "It shows that prayers were answered and that preparation paid off."