Accessibility links
4 Dead In Louisiana From Hurricane Laura, Governor Says : Hurricane Laura Live Updates All of the deaths that are blamed on the Category 4 storm were attributed to powerful winds, far from the shore. 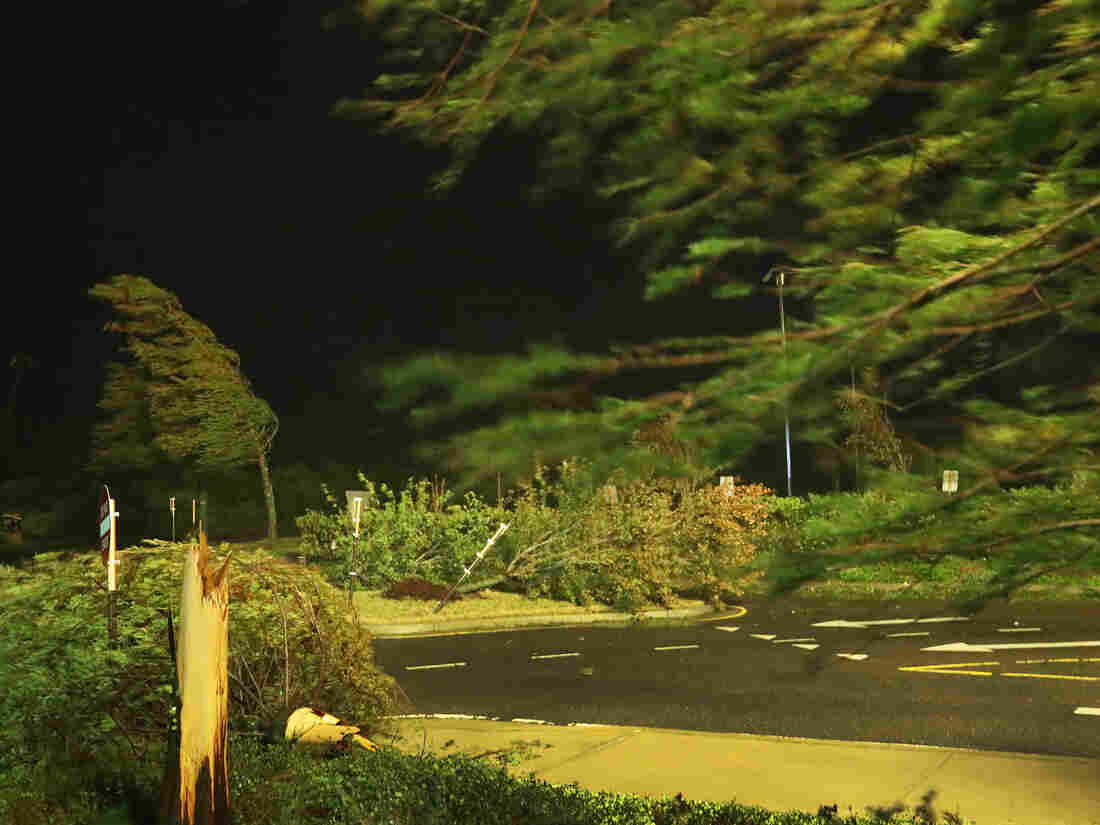 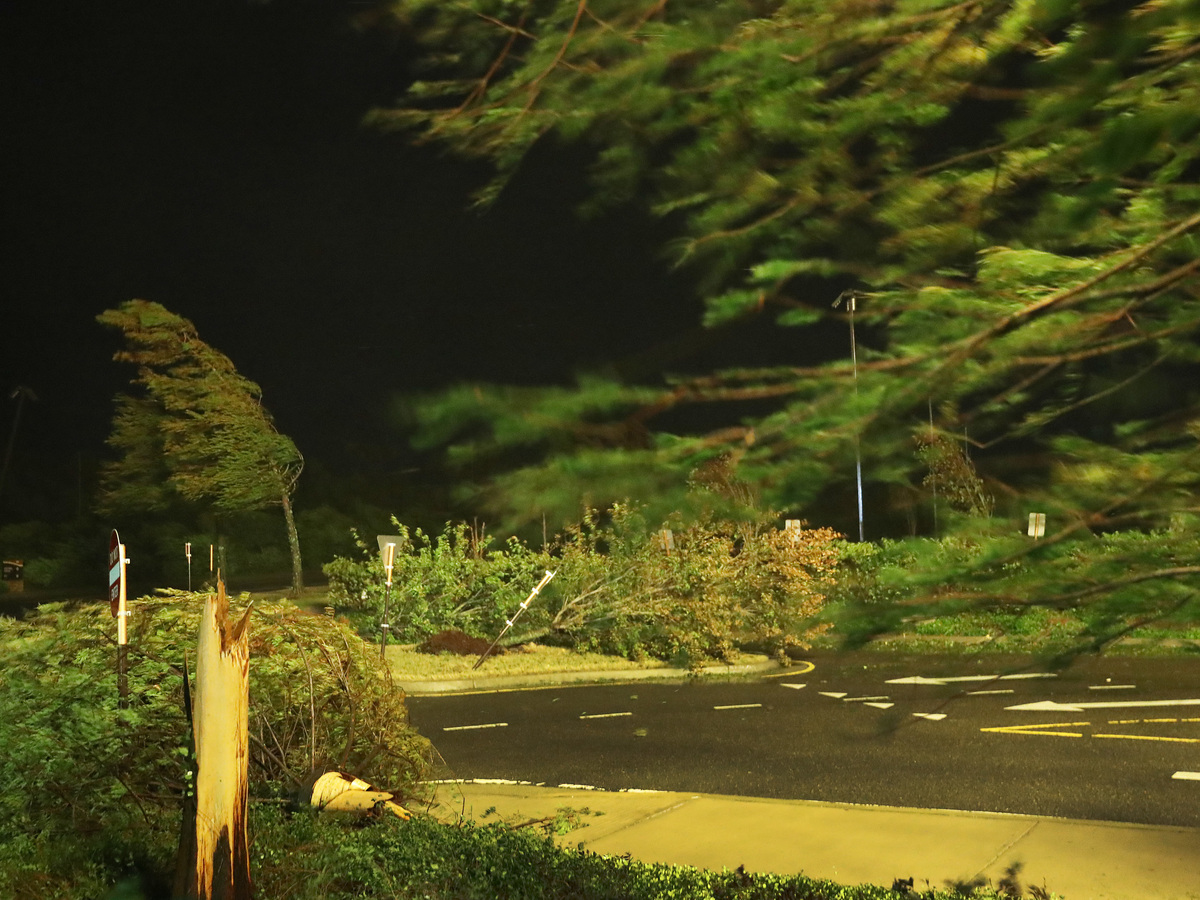 Hurricane Laura blows trees near the Golden Nugget Hotel in Lake Charles, La., as it comes ashore early Thursday. The storm is blamed for four deaths, all caused by trees falling on homes.

Hurricane Laura has caused at least four deaths in Louisiana, Gov. John Bel Edwards says. All of the deaths reported due to the Category 4 storm were caused by its powerful winds.

"All were related to trees falling on residences, which is in line with this being a major wind event," Edwards said in a news conference at 2 p.m. ET. He added that other deaths may be discovered as emergency crews perform rescue and recovery operations.

The governor did not go into detail about the deaths, other than to say that they occurred away from the coast, in the parishes of Vernon, Jackson and Acadia — a sign, the governor said, that Laura's biggest dangers to people in Louisiana seems to have come from wind, rather than water.

The people who were killed include a 60-year-old man and a 14-year-old girl, member station WWNO reports.

"Just about the entire state saw tropical-storm-force winds," Edwards said, "everything except for extreme southeast Louisiana and the North Shore. That's how big and powerful the storm was."

About 600,000 electrical customers are currently out of power statewide, he said.

Some areas have likely not yet seen water levels hit their heights, Edwards said, citing the movement of Laura's outer bands that are still reaching far into the Gulf of Mexico to pull water toward the shore.

While offering his condolences to those affected by the storm, Edwards said Louisiana seems to have escaped the worst-case-scenarios of surging water along the shore.

"It's not the 20 feet that we were told," he said, referring to forecasters' most alarming predictions about the powerful hurricane.

"Nine to 12 feet of storm surge is still a lot of storm surge," Edwards said. Referring to the area where Laura made landfall, he added, "we had some gauges in Cameron Parish that actually failed after registering 12 feet."

But Laura's center never tracked westward across the Calcasieu Ship Channel – a quirk of its path that the governor said "helped tremendously." The channel runs between Lake Charles and the Gulf of Mexico; if the hurricane had applied all of its might to it, the channel could have served as a conduit for a massive amount of water.

It was one of the only bits of good news about Laura, one of the most powerful storms to ever hit Louisiana.

"We have sustained a tremendous amount of damage," Edwards said. "We have thousands and thousands of our fellow citizens whose lives are upside down, because their businesses and/or their homes have been damaged."

More than 2,100 people are currently in shelters, the governor said, adding that more than 1,900 of that number are being housed in motels or hotels, out of concerns that crowding people in to a large shelter or evacuation center could help spread the coronavirus that causes COVID-19.

"We're in a COVID environment," Edwards said "and we want people to be as safe as possible — not just from the storm but also from the virus."