Accessibility links
Watch: Biden Sworn Into Office, Takes Presidential Oath : Inauguration Day: Live Updates Just before noon, Joe Biden was sworn in as the nation's 46th chief executive on West Front of the Capitol on the same stage that was stormed by insurrectionists two weeks earlier. 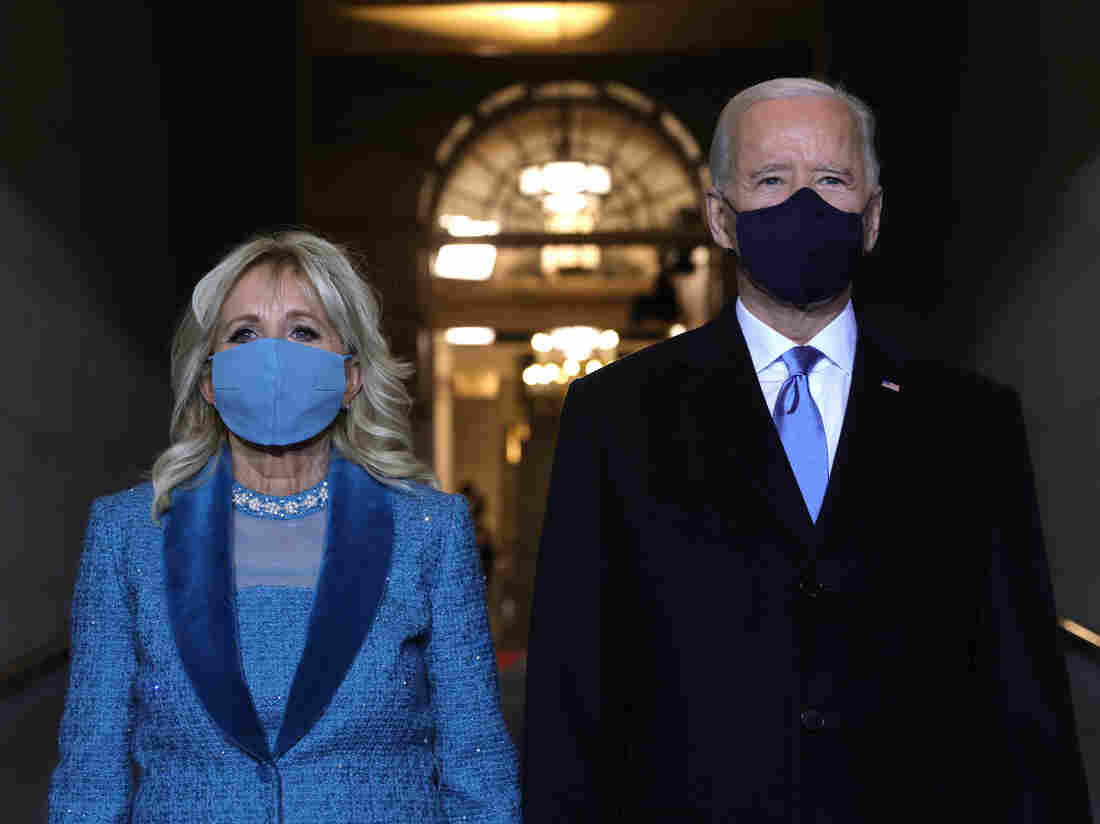 President-elect Joe Biden and Jill Biden arrive at his inauguration on the West Front of the U.S. Capitol on Wednesday. Win McNamee/Getty Images hide caption 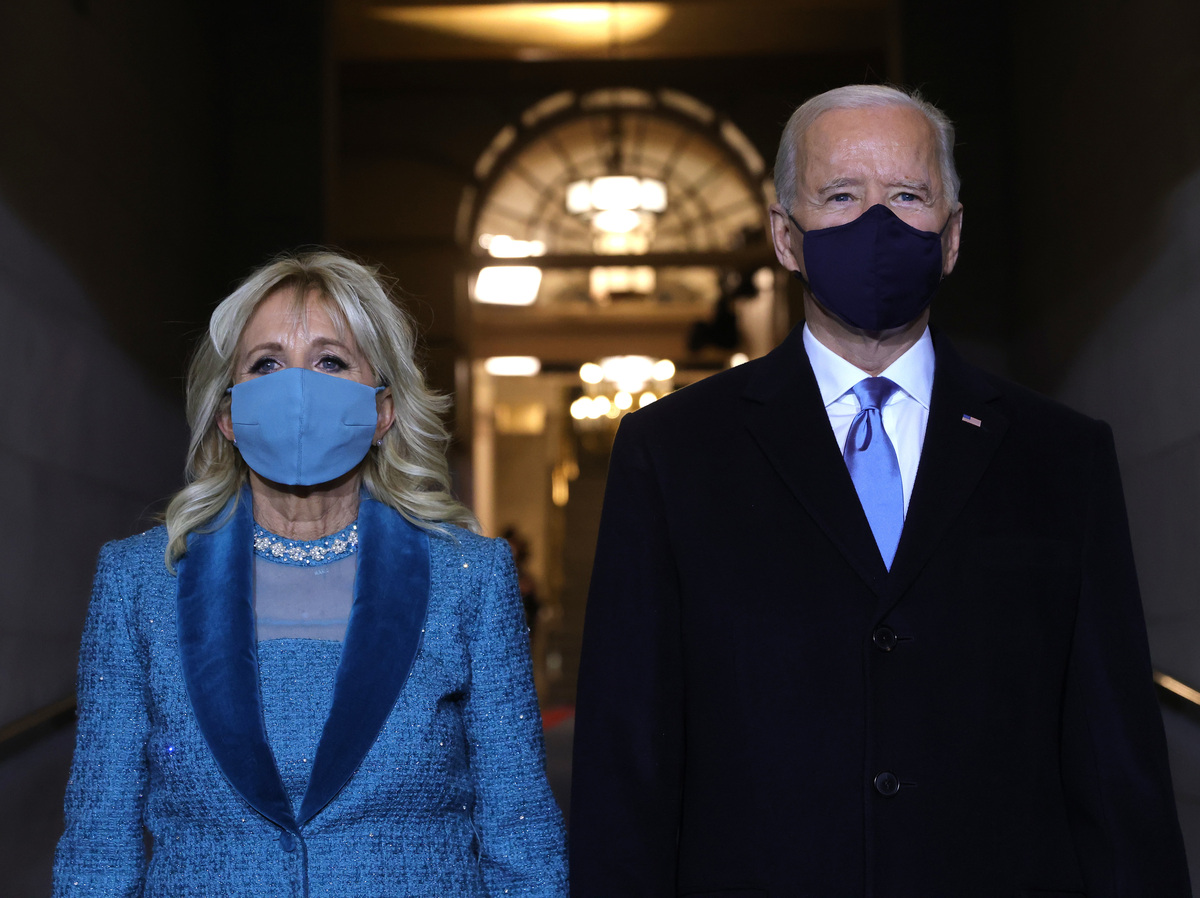 President-elect Joe Biden and Jill Biden arrive at his inauguration on the West Front of the U.S. Capitol on Wednesday.

President-elect Joe Biden became President Biden at noon Eastern time, after he took the oath of office to become the nation's 46th commander in chief.

There ceremony took place on the West Front of the U.S. Capitol, on the same stage that was stormed by pro-Trump insurrectionists just two weeks ago. Stringent security measures are in place to protect the nation's leaders from any more violence.

Between the security risks and the raging coronavirus pandemic, the in-person audience has been limited to a small fraction of the typical crowd. Millions of viewers are expected to be watching from home. A solemn event conducted virtually may be the new normal for this pandemic, but it still marks a surreal departure from the traditional inauguration ceremony.

Photos: Historic Inauguration Will Not Look Like The Past

Biden Says He Wants To Unite America. He Might Find Unity Hard To Come By

For Biden, the swearing-in marks the end of a decades-long, hard-fought quest for the presidency — and the beginning of a new challenge, as the administration combats simultaneous crises while governing a deeply divided nation.

Curious about what, exactly, Biden is swearing to? The presidential oath of office is laid out in the Constitution:

The option to "affirm," rather than swear, is rarely used, and is provided for those whose religious beliefs do not support swearing.

After his swearing-in, Biden will deliver an inaugural address. You can follow live annotations by NPR journalists here.

As is customary, Biden's swearing-in follows the swearing in of the vice president. Kamala Harris was sworn in by Justice Sonia Sotomayor, using two Bibles: one that used to belong to Thurgood Marshall, and one that belonged to Regina Shelton, a close family friend and mother figure to Harris.

The vice president's oath is slightly different than the presidential oath, matching the oath taken by members of Congress:

"I , _________, do solemnly swear [or affirm] that I will support and defend the Constitution of the United States against all enemies, foreign and domestic; that I will bear true faith and allegiance to the same; that I take this obligation freely, without any mental reservation or purpose of evasion; and that I will well and faithfully discharge the duties of the office on which I am about to enter: So help me God."

That oath has been in place since 1884. During the Civil War, an oath was adopted requiring representatives to swear they had never been disloyal to the United States. After the war was over, this "Ironclad Test Oath" was discontinued in the name of unity, but portions of it continue on in this longer version of the oath of office.