Accessibility links
Voice of America: Michael Pack, Marred By Scandal, Resigns At Biden's Request : Inauguration Day: Live Updates Michael Pack's record at the parent agency for the Voice of America includes charges of bias, firings, investigations and more. He called President Biden's request for him to resign a "partisan act." 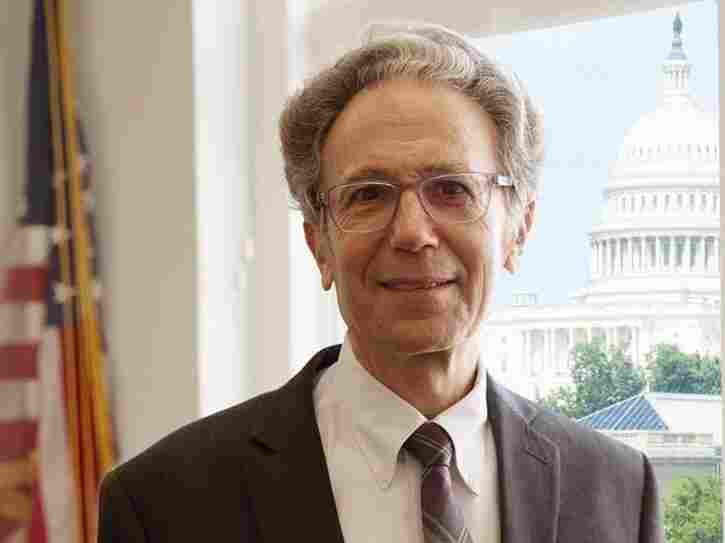 Trump appointee Michael Pack resigned as the head of the federal agency over the Voice of America and other broadcasters at President Biden's request. U.S. Agency for Global Media hide caption 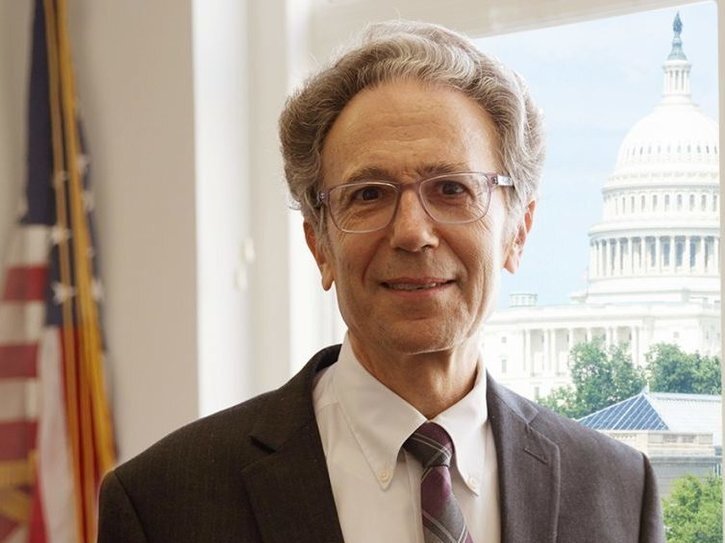 Trump appointee Michael Pack resigned as the head of the federal agency over the Voice of America and other broadcasters at President Biden's request.

Michael Pack resigned Wednesday as the CEO of the federal agency over the Voice of America and other federally funded international broadcasters after a turbulent seven-month tenure. He leaves the U.S. Agency for Global Media with a Trumpian legacy of ideological strife, lawsuits and scandal, his departure effective just two hours after the swearing-in of President Biden, who requested him to leave.

Pack came to lead the U.S. Agency for Global Media with the support of former President Donald Trump; his appointment was delayed more than two years in the U.S. Senate by lawmakers who feared he was too ideological and also who questioned his finances. The soft-spoken conservative documentary maker proved to be an ideological warrior in the mold of his patron, taking to one conservative news outlet after another to denounce his own staff, all in the name of fairness.

In his resignation letter, Pack said he was "solely focused upon reorienting the agency toward its missions." And he attacked the request for his resignation as "a partisan act," saying the leadership of the agency and its networks "is meant to be non-partisan, untethered to alternations in the political regime."

He added, "I had no political agenda coming into USAGM, and I still do not have one."

NPR conducted scores of interviews over the controversies Pack's actions engendered. And few at the agency or its broadcasters agreed with Pack's characterization of his mission or performance, instead characterizing him as seeking political control over their coverage. Just last week, a VOA reporter's insistent questions to then-Secretary of State Mike Pompeo and VOA Director Robert R. Reilly over the siege on Congress after a public event led to her demotion and an investigation.

Pack routinely accused journalists of anti-Trump bias, sought to fire top executives as part of a "deep state," ominously accused the networks of being receptive to foreign spies and denied requests for visa extensions from his own staffers who are foreign nationals.

He initiated investigations over the bias claims, reaching into Voice of America's newsroom in ways a federal judge said broke the law and the First Amendment. Pack hired a Richmond, Va., law firm to investigate top U.S. Agency for Global Media executives after already seeking to oust them; new allegations, backed by correspondence reviewed by NPR, suggest he paid more than $2 million to that firm to conduct such reviews. (The lead partner on the investigation, John D. Adams, was a law clerk to U.S. Supreme Court Justice Clarence Thomas, the subject of a sympathetic 2020 documentary by Pack.) Pack even fired White House aides assigned to help him by the Trump administration, suspecting them of disloyalty.

Throughout, he kept all but a small circle of advisers in the dark as to what he was doing. Former U.S. Agency for Global Media general counsel David Kligerman said the agency would have to work hard to put a "terrible chapter" behind it. Kligerman, who resigned late last month, had been suspended by Pack in August, along with other senior executives after Pack was unable to fire them more immediately.

"Pack seemed only to know how to destroy," Kligerman wrote in a statement to NPR, citing the CEO's record of "firing or otherwise pushing out so many talented journalists, network heads, grantee board members, and civil servants."

"It was wanton destruction, and shocking disregard for the most basic civility or norms," Kligerman wrote. "Political staff targeted and terrorized career staff and others. It is hard to overstate the climate of fear and dread that existed at the Agency. It is then particularly ironic that in his letter of resignation Pack warns of future politicalization of the Agency: it is hard to see how one could have attempted to do more to politicize the Agency than Pack."

Pack sought to ensure his influence endured after his departure by forcing the networks the agency funds but does not own to accept new boards of directors stocked with conservative activists and writers. The networks include Radio Free Europe/Radio Liberty, Radio Free Asia and the Middle East Broadcasting Networks. (VOA and Radio/TV Marti are owned by the federal government.)

The new board members, announced this month, include Roger L. Simon, a columnist for the pro-Trump and conspiracy-theory recycling newspaper The Epoch Times who has written he believes the Jan. 6 attack on Congress by a pro-Trump mob was actually done by leftists in disguise, and Christian Whiton, a conservative foreign policy expert who has defended Russia's annexation of Crimea from Ukraine.

According to three people with knowledge, the new Biden team appears poised to bring suspended executives back into the agency fold, replace the network chiefs appointed by Pack last month and to appoint new boards. The Biden administration did not immediately comment on Pack's departure. A permanent CEO for the U.S. Agency for Global Media will require approval by the Senate, now led by Democrats rather than Republicans, though Pack inspired an outcry on both sides of the aisle.

Disclosure: This story was reported by NPR media correspondent David Folkenflik and edited by NPR media and technology editor Emily Kopp. Because of NPR CEO John Lansing's prior role as CEO of the U.S. Agency for Global Media, no senior news executive or corporate executive at NPR reviewed this story before it was published.