Accessibility links
Biden Receives Presidential Escort To The White House : Inauguration Day: Live Updates The new administration and their families were escorted to the executive mansion after traveling to Arlington National Cemetery to lay a wreath at the Tomb of the Unknown Soldier. 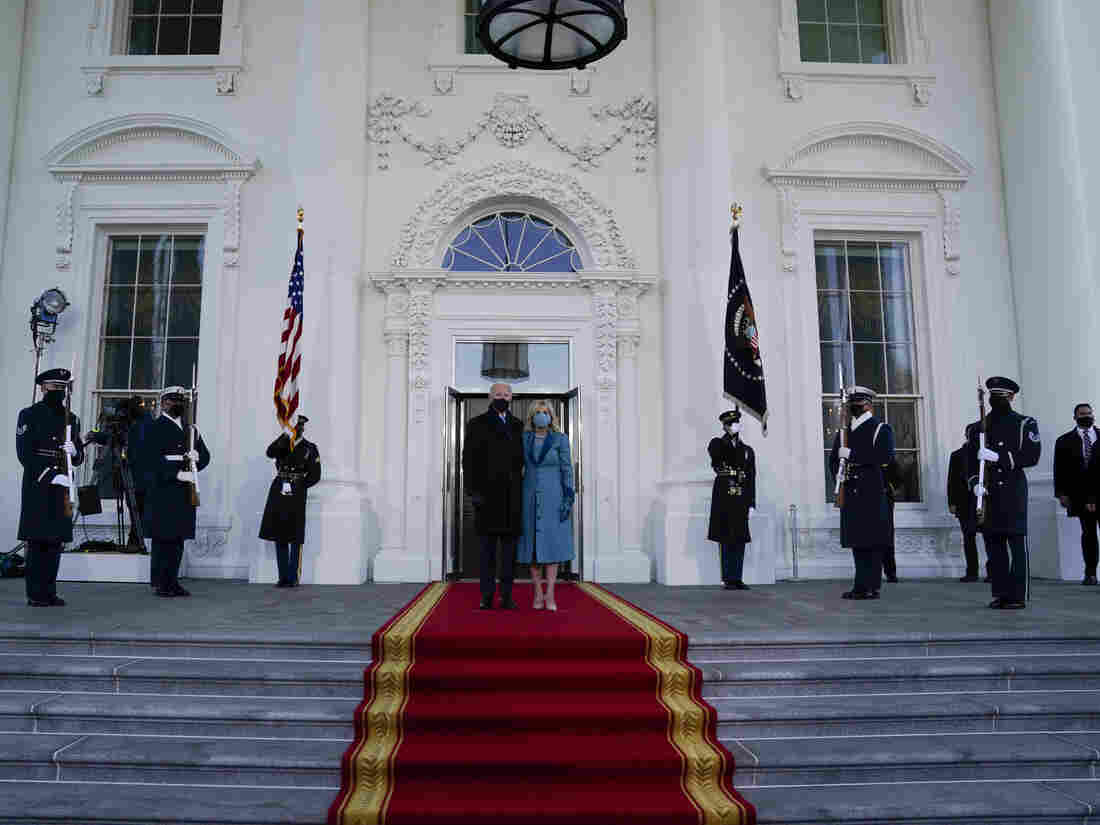 President Joe Biden stands with first lady Jill Biden as they prepare to walk into the White House after being sworn in as the 46th president. Evan Vucci/AP hide caption 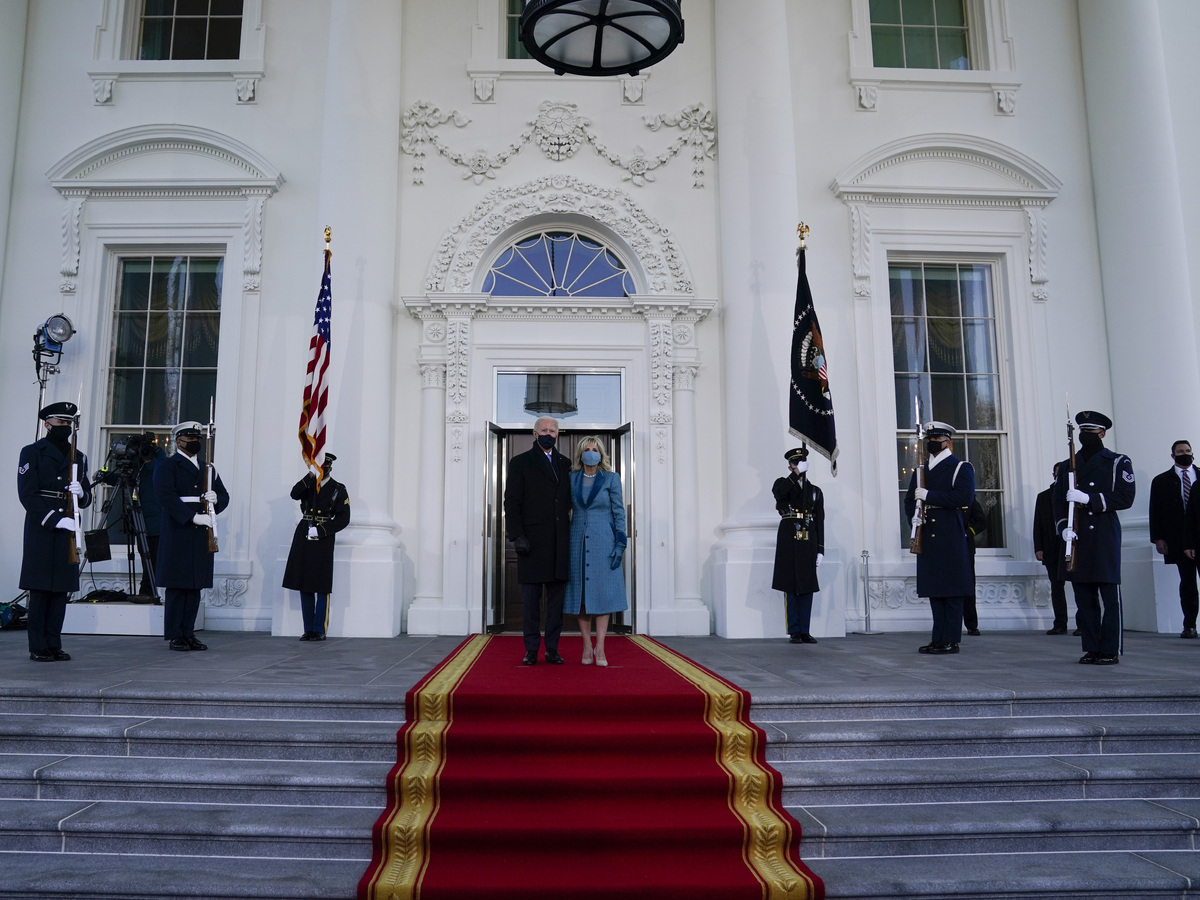 President Joe Biden stands with first lady Jill Biden as they prepare to walk into the White House after being sworn in as the 46th president.

President Biden, Vice President Harris and their families received a presidential escort to the White House on Wednesday afternoon, hours after the new administration was officially sworn into office.

Biden's ride to the White House came as part of a day of inauguration activities, including the swearing in ceremony at the Capitol and a wreath-laying event at the Tomb of the Unknown Soldier at Arlington National Cemetery.

Biden's motorcade was met by a military procession as he made his way to his new home at the White House. Joining in with supporters and a marching band, the new president got out of his vehicle just outside of the executive mansion to greet well-wishers and the media, including Washington, D.C. Mayor Muriel Bowser and famed weatherman Al Roker. He completed the rest of the trip to the White House on foot.

Biden plans to get an early start on his presidential duties, including the planned signing of 17 executive orders aimed at tackling the coronavirus pandemic, the climate crisis, racial justice and the economy, among other issues.

The president is expected to hold events well into the evening, including virtually swearing in presidential appointees and an appearance on the Blue Room Balcony.