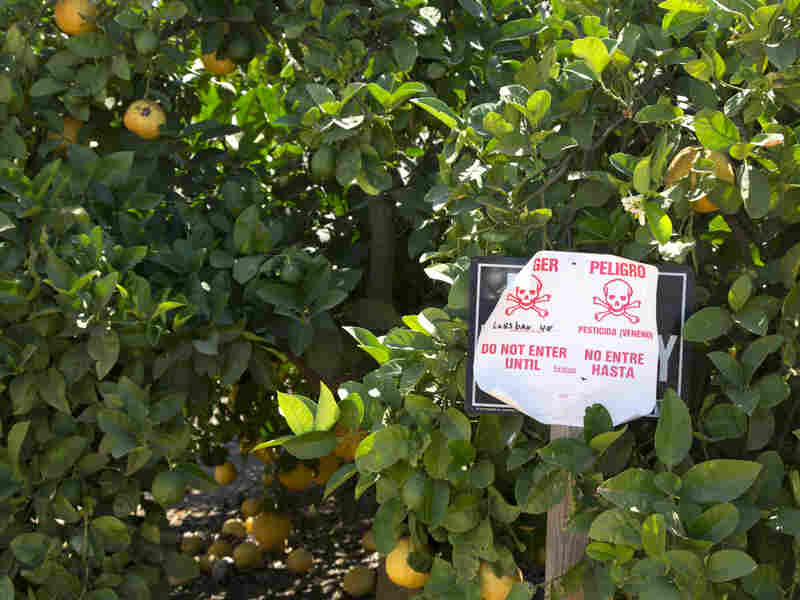 Pesticide warning sign in an orange grove. This sign, bilingual in English and Spanish, warns that the poisonous pesticide Lorsban has been applied to these orange trees. Photographed in Woodlake, in the San Joaquin Valley, California, USA. Jim West/Science Source hide caption 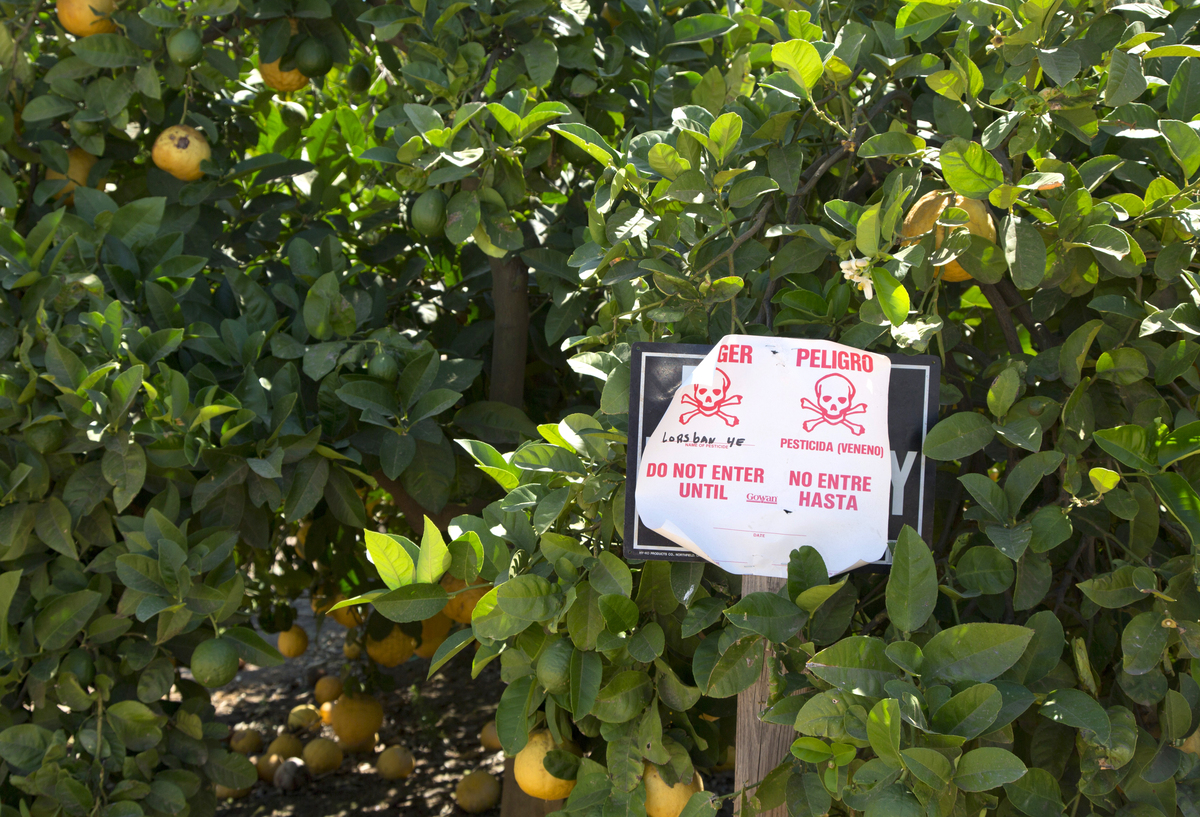 Pesticide warning sign in an orange grove. This sign, bilingual in English and Spanish, warns that the poisonous pesticide Lorsban has been applied to these orange trees. Photographed in Woodlake, in the San Joaquin Valley, California, USA.

President Biden's initial wave of planned executive actions includes an order to reexamine one controversial, but widely used, pesticide called chlorpyrifos. The Trump administration had stepped in to keep the chemical on the market after Obama-era officials tried to ban it.

It's just one in a long list of science-related Trump administration actions that the incoming Biden team will now revisit. In a statement, Biden promised to take a close look at all policies "that were harmful to public health, damaging to the environment, unsupported by the best available science, or otherwise not in the national interest."

Farmers use chlorpyrifos to control insects on a wide variety of crops, including corn, apples, and vegetables. It is among the most toxic pesticides. Workers exposed to it can experience dizziness, headaches, and nausea. Most indoor uses of the pesticide were halted in 2001.

More recently, however, researchers at Columbia University studied health records from women who'd been exposed to this chemical before that ban, and found evidence that exposure to tiny amounts of chlorpyrifos harmed the brains of their developing fetuses and young children. Those studies, along with lawsuits filed by environmental advocates, convinced the Environmental Protection Agency to move ahead with a ban during the final months of the Obama administration.

When the Trump administration took office in 2017, the new EPA leadership put that decision on hold and later reversed it. This was due in large part to the agency's decision to exclude evidence from the Columbia University studies, because university researchers refused to turn over raw data from those studies. The researchers maintain that this would violate the confidentiality of the women whom they'd studied.

California, meanwhile, moved ahead with its own regulations. It banned sales of chlorpyrifos in the state in early 2020. Starting this year, California's farmers no longer can spray the chemical.

The Biden administration now will take a fresh look at chlorpyrifos, as well as the EPA's rules that justified excluding the Columbia University studies. In addition, the incoming administration will revisit a Trump administration decision to shrink the buffer zones around fields that have to be free of people when pesticides are applied. Farmworker advocates have challenged that decision in court.