Accessibility links
In 'Celebrating America' Biden, Harris Urge Nation To Rise Together : Inauguration Day: Live Updates "Will we meet the moment like our forbearers have?" the newly sworn-in president asked Americans during the star-studded inaugural celebration. "I believe we must and I believe we will."

In 'Celebrating America' Biden, Harris Urge Nation To Rise Together

In 'Celebrating America' Biden, Harris Urge Nation To Rise Together 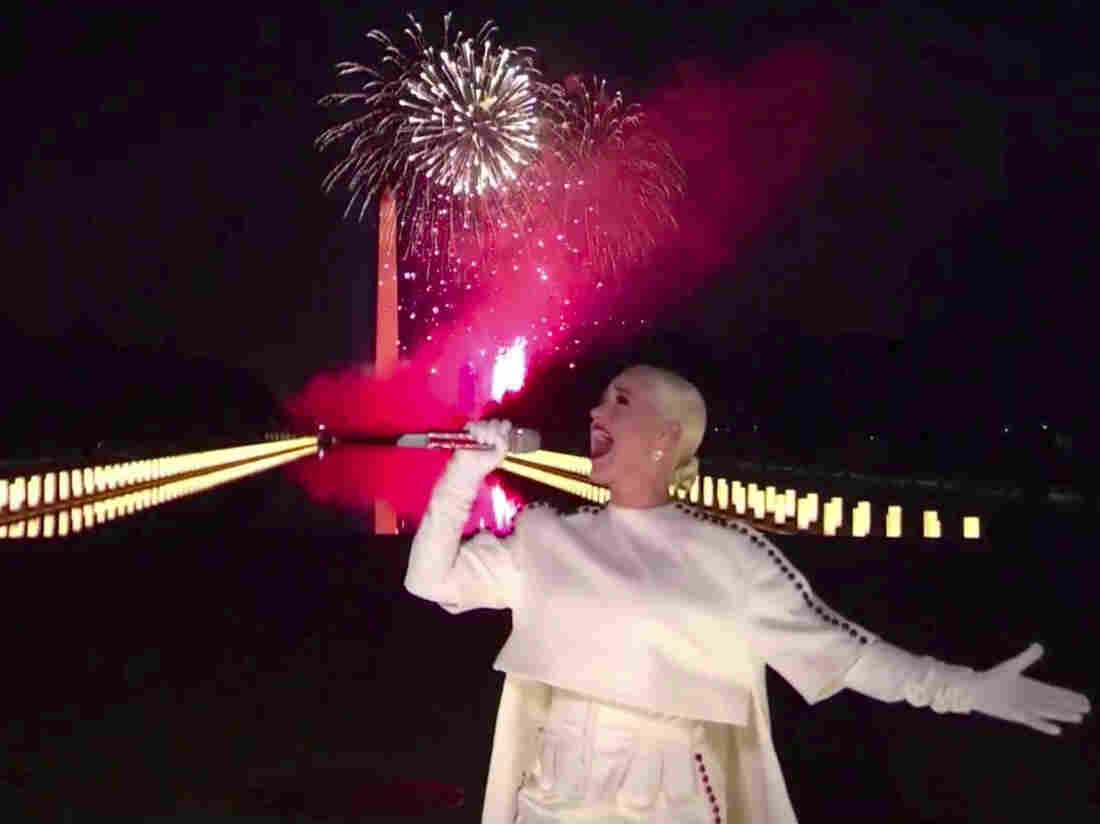 Katy Perry performs during the Celebrating America event on Wednesday, following the inauguration of Joe Biden as the 46th president of the United States. Biden Inaugural Committee/AP hide caption 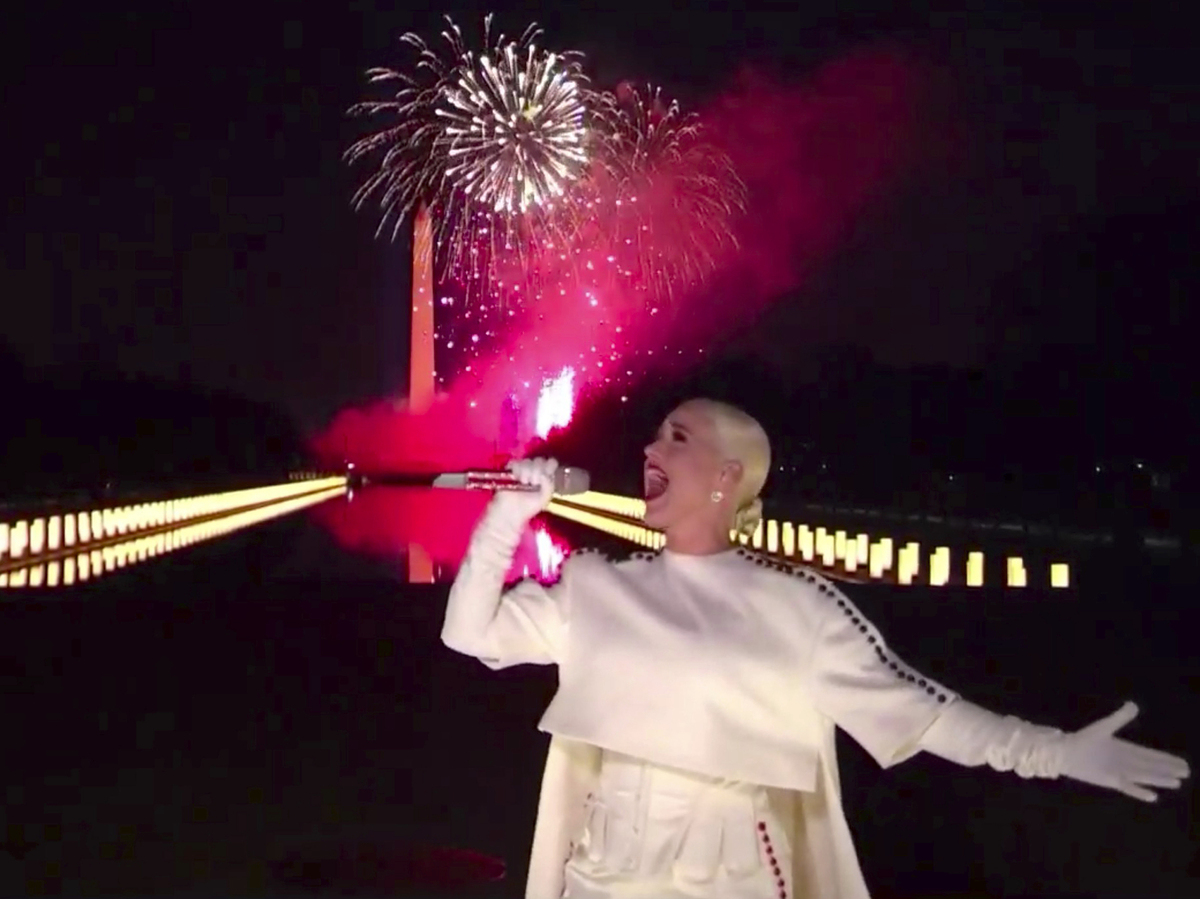 Katy Perry performs during the Celebrating America event on Wednesday, following the inauguration of Joe Biden as the 46th president of the United States.

A maskless President Biden addressed the nation Wednesday night standing at the feet of Abraham Lincoln Memorial during a televised and star-studded celebration of the historic inauguration.

"We're good people," he reassured viewers, before picking up the theme of his earlier speech on the steps of the Capitol.

"Unity forces us to come together in common love that defines us as Americans," Biden said.

The 46th president urged the public to come together, saying it's "the only way we'll get through the darkness around us."

He noted that the obstacles facing the nation — including the pandemic currently ravaging communities across the country, racial injustices and the climate crisis — are "threats to our very democracy."

"Will we meet the moment like our forbearers have?" Biden asked.

"I believe we must and I believe we will," he said. "You, the American people are the reason why I have never been more optimistic about America than I am this very day."

He added: "America is built of decency and dignity of love and healing of greatness and goodness. Of possibility."

The inaugural program, called Celebrating America, featured several tributes to the extraordinary efforts by nurses, doctors, teachers and other frontline workers who have stepped up throughout the coronavirus pandemic.

In her first remarks to the nation as vice president, Kamala Harris echoed the president's call to unite in the days ahead.

"In many ways this moment embodies our character as nation," she said in a brief address to the audience.

"Even in dark times, we not only dream, we do. We shoot for the moon and then we plant our flag on it," Harris said. "We are bold, we are fearless and ambitious. We are undaunted in our believe that we shall overcome that we will rise up."

She added: "A great experiment takes great determination. The will to do the work and then the wisdom to keep refining, keep tinkering, keep perfecting."

Although much of the program hit several somber notes, the two-hour show was interspersed with several performances by a variety of singers, musicians, artists and actors. Among them, John Legend sang Nina Simone's Feeling Good.

And Katy Perry's Firework, served as the soundtrack to a stunning firework show over the White House and the National Mall that capped off the celebration.