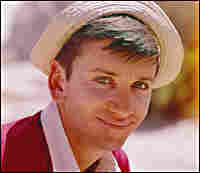 Poor castaways. Each week they would devise a way off the island. Each week Gilligan would thwart their escape  usually with the best of intentions.

Years after the show ended, its creator, Sherwood Schwartz, admitted that each of the characters represented one of the seven deadly sins  Pride (the Professor), Anger (Skipper), Lust, (Ginger), and the rest. Gilligan was supposed to be Sloth.

But a closer viewing indicates that the island may well have been Hell -- and the red-clad Gilligan the devil who kept them on his island.

The greatest part of the metaphor, though, is that if the others ever wanted to get off the island, what they needed to do was kill Gilligan -- and that each of us has our own inner Gilligan, that sweet-natured, well-meaning part of us that always sabotages us from getting what we really want.

Maybe if we truly want to succeed in life, we need to kill our own inner Gilligan.