» Hear the 'All Things Considered' story 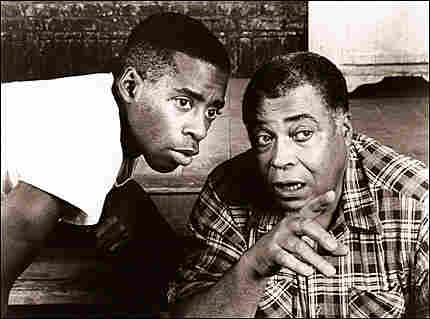 Troy Maxson is the protagonist -- you can't quite say "hero," unless you add "tragic" in front -- of August Wilson's play Fences. Here on the blog, we've got YouTube video of the cast and director from a production at Portland Center Stage, talking about the play's characters and themes, and Wilson's dramaturgy in general.

For the radio piece, James Earl Jones, who first played the part of Troy Maxson, sits down with NPR's Allison Keyes to explain why the character is so unforgettable. And I've got online-exclusive interview extras for you, plus video of Jones' performance from the Tony Awards ceremony in 1987 -- the year he took one home for playing the part.

It's all over here on the story page. And that YouTube video is below. Enjoy.