Accessibility links
Twisted History: The Wily Mississippi Cuts New Paths : Krulwich Wonders... The Mississippi River has been consistently changing its path across the American landscape. But the shape-shifting river made it not only fascinating and beautiful, but also deadly.

OK, let's you and I take a trip down the Mississippi, if we can find it. It's the white channel you see on this braid of ghostly Mississippis from years past. Just scroll for a bit. It's a long river.

The Mississippi, like all great rivers, is constantly rearranging itself, filling in where it used to be, cutting new watery paths through fields, creating islands. Back in 1944 a cartographer named Harold Fisk decided to draw a map of the Mississippi as it flowed in his day (click on this little map, so you get the full effect) The white channel is the 1944 river and working backwards from geological maps, he also drew the river as it had been in earlier decades (all those other colored ribbons) and produced a lovely fugue of multiple ghostly Mississippis for the Army Corps of Engineers — all of which allows me to tell you this story. 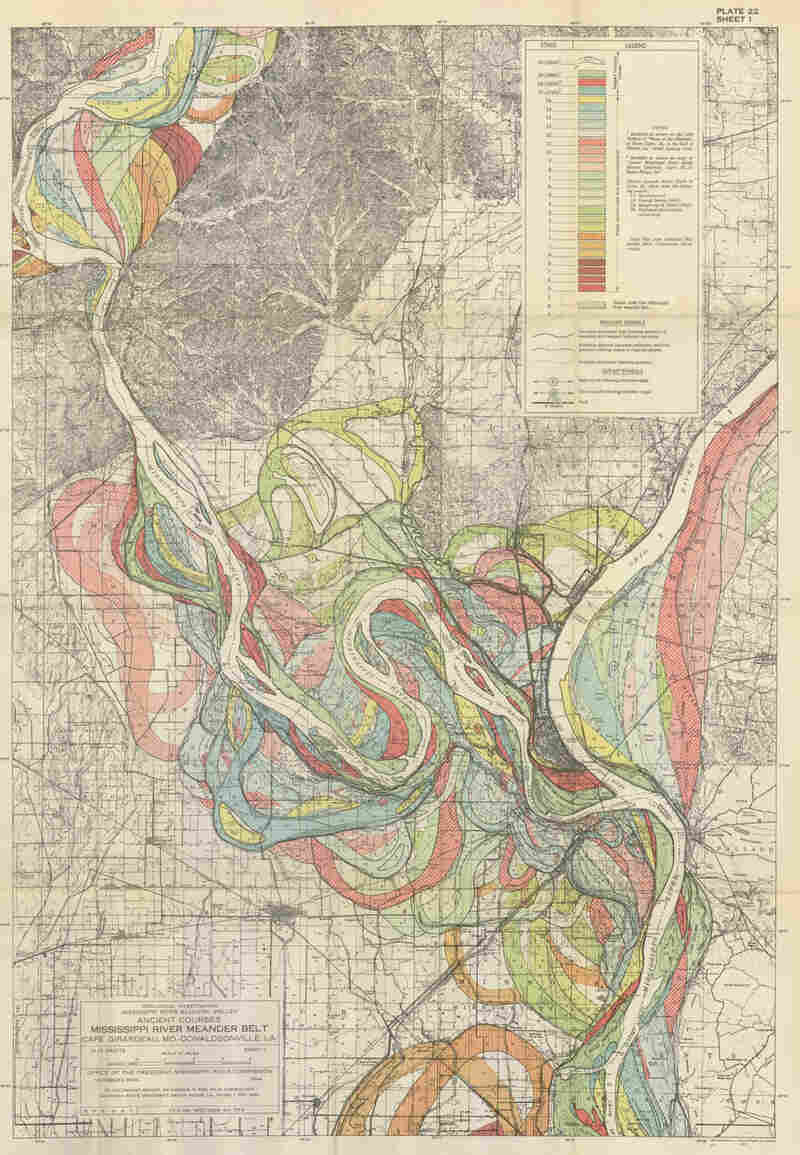 Fisk drew the maps to show how widely the Mississippi changed course. The white path showed the river as it was when he was studying the river. hide caption 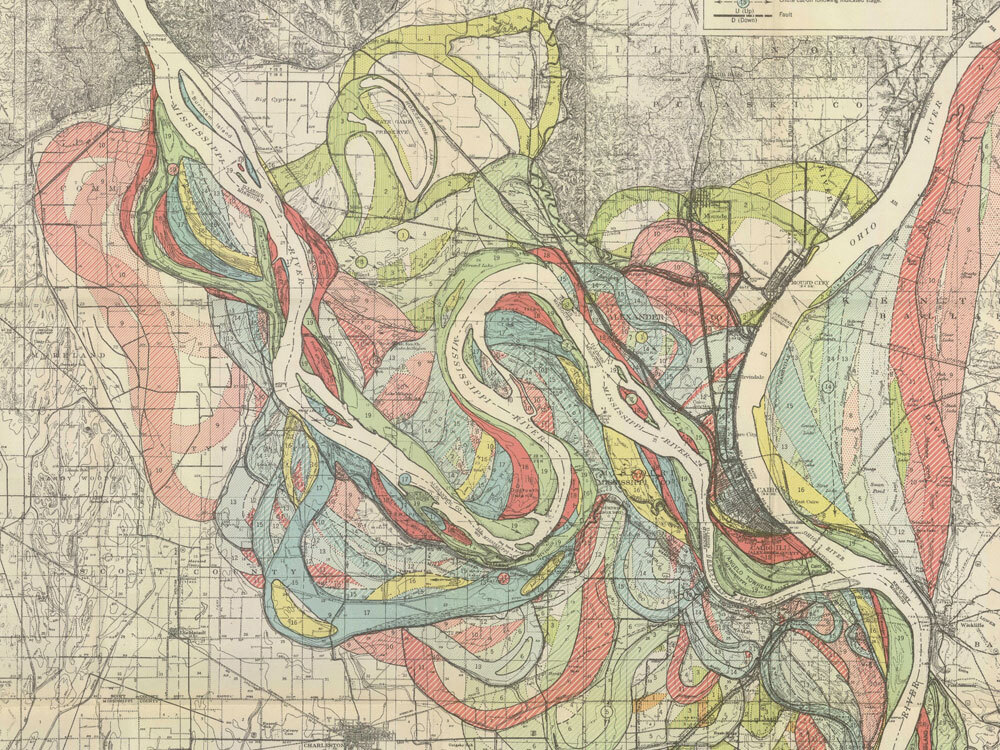 Fisk drew the maps to show how widely the Mississippi changed course. The white path showed the river as it was when he was studying the river.

In his new book Twain's Feast Andrew Beahrs writes that when Mark Twain was a boy, the river was always changing shape, especially when no one was looking. "It transformed under the stars and in pitch blackness, in gray mist and by the light of a multitude of moons ... [it] had a new story to tell every day."

Twain learned to memorize the river, "steering by the constantly revised shape in his head; it was a job few could do at all, and fewer still could do it well." And it was glamorous.

The only men able to maneuver these fragile but imposing craft were the pilots. While his steamboat was underway, a river pilot had authority even over the captain who might set destination, cargo and schedule but was legally bound to defer to the pilot in matters of navigation. A river pilot, Twain thought, was "the only unfettered and entirely independent human being that lived the earth." Kings, by comparison, were underlings."

But then Twain grew up and moved East. He heard, of course, that engineers were trying to tame the river, but he never thought they could.

"One who knows the Mississippi," Twain said, "will promptly aver -- not aloud, but to himself -- that ten thousand River Commissions, with the mines of the world at their back cannot tame that lawless stream, cannot curb it or confine it, cannot say to it, Go here, or Go there, and make it obey; cannot save a shore which it has sentenced; cannot bar its path with an obstruction which it will not tear down, dance over, and laugh at." 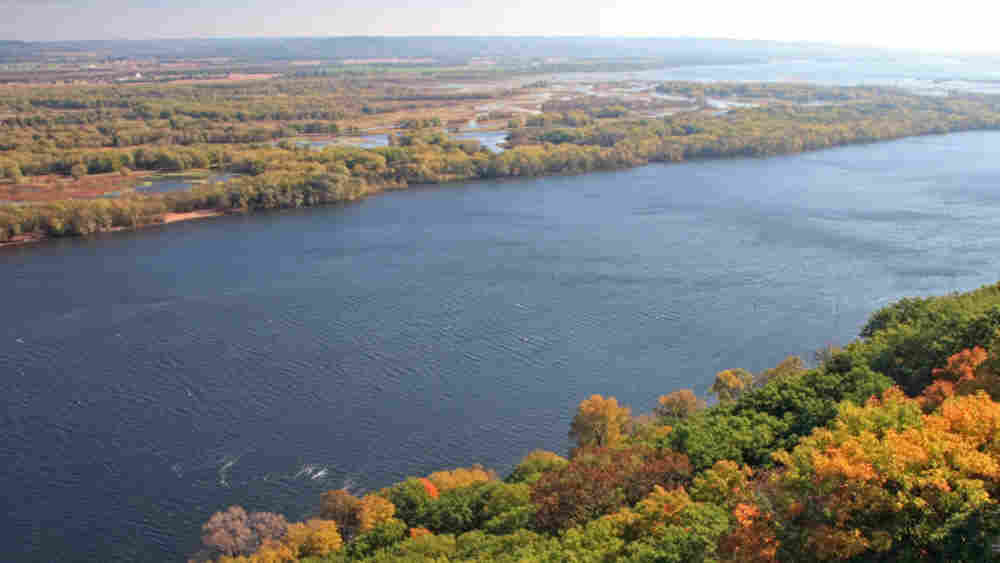 But the engineers pushed and prodded and Twain's wild river began to calm. Returning for a look-see in the 1880's, Andrew Beahrs describes how Twain "felt the change in his blood. ... He saw snag boats "pulling the river's teeth and government beacons that made the dark flow into a "two-thousand mile torch-light procession." To Twain's eyes so many navigational aids sterilized the river. "This thing," he reflected about the network of lights, "has knocked the romance out of piloting, to a large extent."

And the river too. "Alas," he wrote, "everything was changed ...That world which I knew in its blossoming youth is old and bowed and melancholy now; its soft cheeks are leathery and wrinkled, the fire is gone out of its eyes and the spring from its step. It will be dust and ashes when I come again."

Well, the Mississippi is still there, of course, still making terrible mischief, but as Beahrs points out in his book, the mud that used to leach out of 28 states and travel all the way to Louisiana is no longer making the full journey.

"For seven thousand years, residue of Montanan turf, New York mud, Wisconsin sod, and Arkansan clay had built the swamps and wetlands; Illinois' and Iowa's losses were Louisiana's gain. The state was literally built from half of America," he wrote.

And so the Delta is now disappearing, "melting away...almost fast enough to be visible to the naked eye -- a football field's worth of land vanishes every forty-five minutes".

The land that lies south of this survey is slowly but surely slipping under the sea. So the Mississippi journey our mapmaker Harold Fiske took in 1944 is getting shorter, and shorter and shorter.