Accessibility links
Army Secretary Says A 'Non-Scalable' 7-Foot Fence Is Going Up Around U.S. Capitol : Insurrection At The Capitol: Live Updates Army Secretary Ryan McCarthy said the fence will be in place for at least the next 30 days. He added that 6,200 members of the National Guard will be in the region by this weekend.

Army Secretary Says A 'Non-Scalable' 7-Foot Fence Is Going Up Around U.S. Capitol

Army Secretary Says A 'Non-Scalable' 7-Foot Fence Is Going Up Around U.S. Capitol 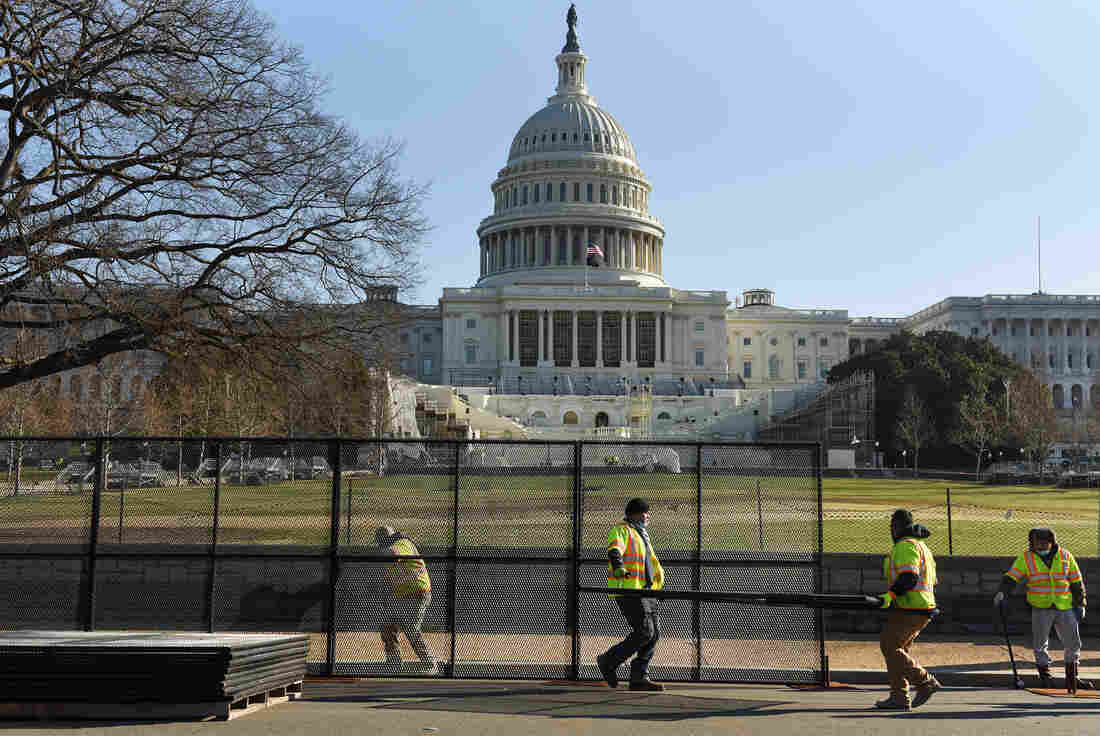 Workers install a fence in front of the U.S. Capitol on Thursday, one day after rioters stormed the building. Stephanie Keith/Reuters hide caption 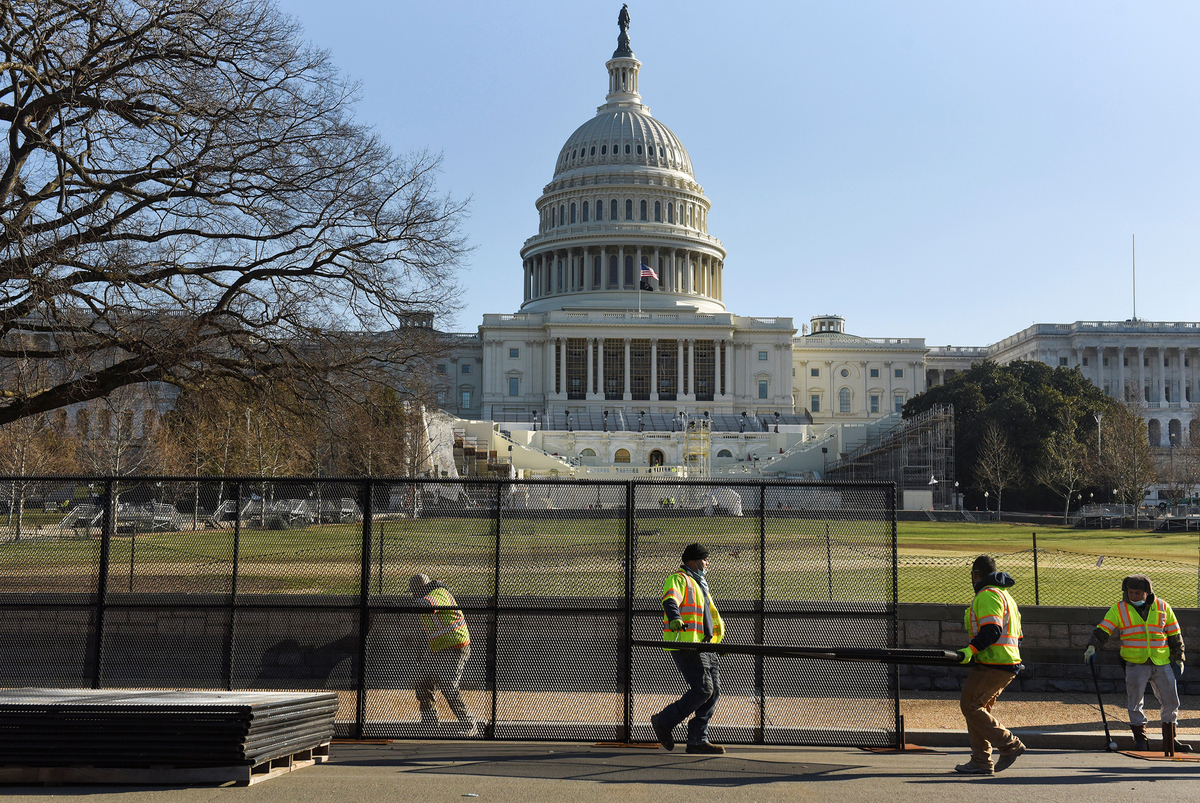 Workers install a fence in front of the U.S. Capitol on Thursday, one day after rioters stormed the building.

Army Secretary Ryan McCarthy announced Thursday that a "7-foot non-scalable fence" is being erected around the entirety of the U.S. Capitol, and it will be in place for at least the next 30 days.

McCarthy also said 6,200 members of the National Guard will deploy to the national capital region by this weekend. He made his remarks at a press briefing with Washington, D.C., Mayor Muriel Bowser and acting D.C. Police Chief Robert Contee.

McCarthy said the entire D.C. National Guard has been mobilized and is being supplemented by Guard troops from Virginia, Maryland, Pennsylvania, New Jersey, Delaware and New York.

In revisiting what she called the "failure" of security Wednesday at the Capitol, Bowser said responsibility for the assault lies with President Trump, whom she described as "unhinged."

"What happened yesterday is what he wanted to happen, and we must not underestimate the damage he can do to our nation and our democracy over the next two weeks," Bowser said.

City officials and the U.S. Capitol Police have come under severe criticism for a perceived lack of preparation and not preventing the breach of the houses of Congress by a mob of extremist Trump supporters. Earlier this week Bowser had said the D.C. Metropolitan Police Department would be the lead agency in securing the city, working with the Capitol Police, U.S. Park Police and U.S. Secret Service.

But at the press conference, Bowser said during planning ahead of the Trump rally, Capitol Police had not requested MPD support. Contee said a request for help didn't come until 1 p.m. Wednesday when "things were already pretty bad."

McCarthy also said Capitol Police had not requested assistance from the D.C. National Guard before Wednesday. Both he and Contee said they had expected the demonstrations on Wednesday to be similar to those in recent months.

"We receive our intelligence from law enforcement agencies, whether they're federal or local," McCarthy said, "but had no wildest imagination that you could end up breaching the Capitol grounds."

Contee said photos of insurrectionists have been posted on the MPD website and distributed to the FBI, hotels and airport authorities in an attempt to identify those who took part in the assault on the Capitol.