Accessibility links
Trump Condemns Capitol Hill Violence, Ignores His Role In Inciting The Mob : Insurrection At The Capitol: Live Updates In a new video, President Trump for the first time acknowledged that he lost the presidential election and condemned some of his supporters for storming the Capitol. 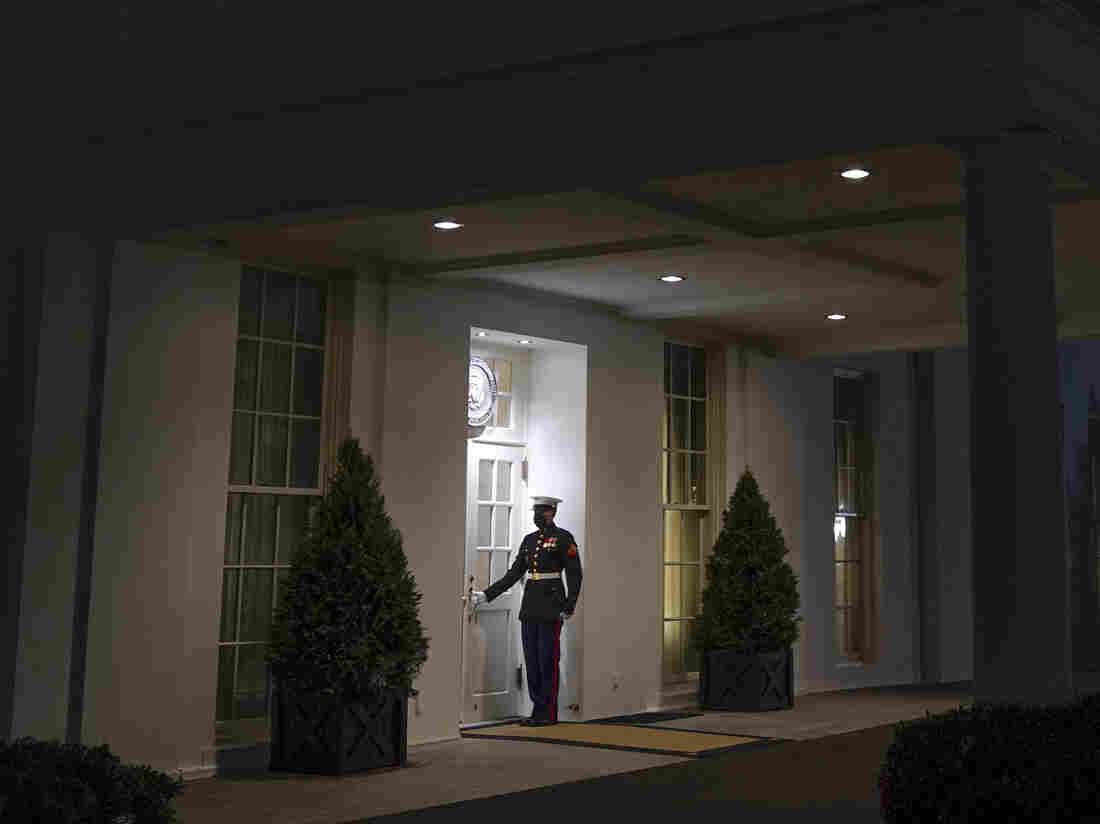 A Marine stands outside the entrance to the West Wing of the White House, signifying President Donald Trump is in the Oval Office, on Thurs., Jan. 7, 2021. Patrick Semansky/AP hide caption 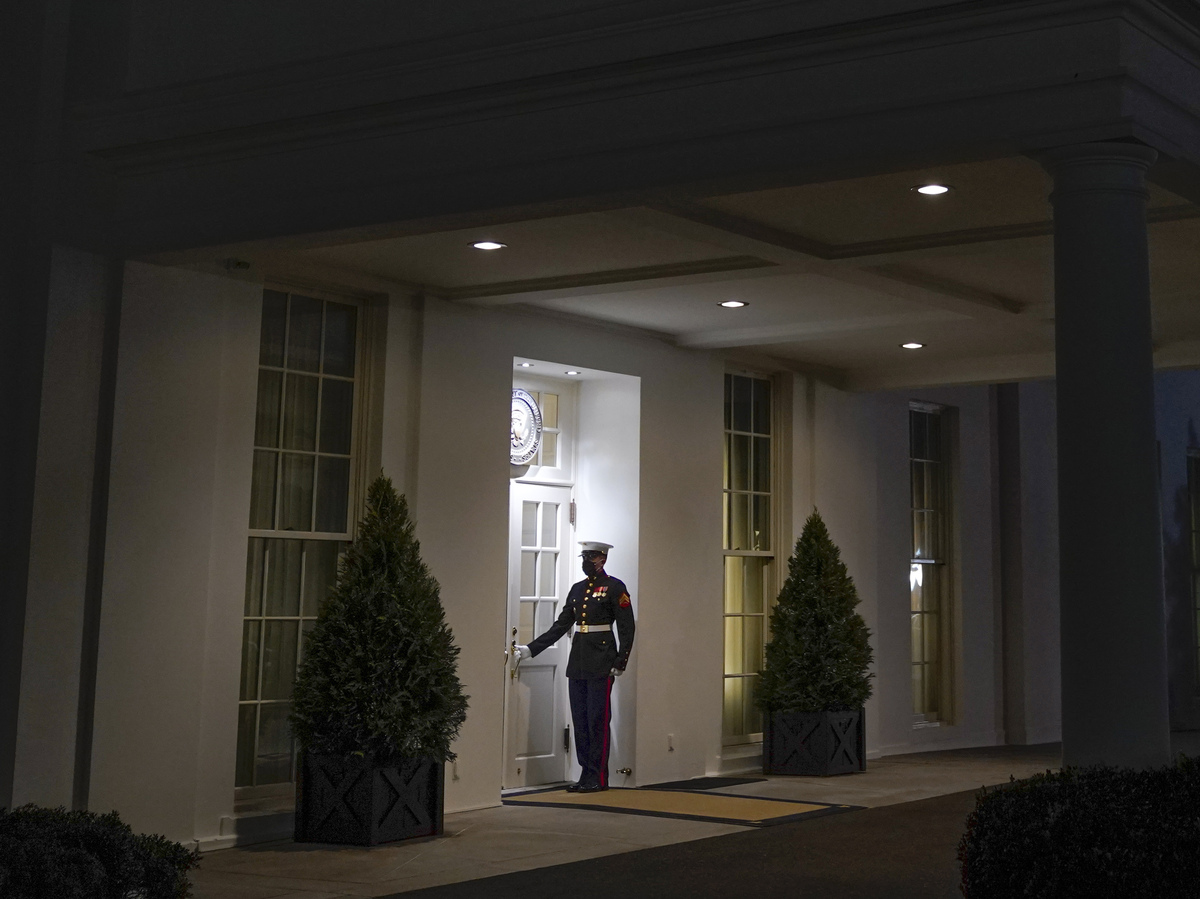 A Marine stands outside the entrance to the West Wing of the White House, signifying President Donald Trump is in the Oval Office, on Thurs., Jan. 7, 2021.

More than 24 hours after thousands of his supporters stormed the Capitol, President Trump on Thursday night condemned the violence in a video he posted on social media, calling it a "heinous attack."

The video, which comes more than two months after the election that he fought to find a way to reverse, marks the first time Trump acknowledges that he lost — coming as close as he likely will get to a concession.

"Now Congress has certified the results. A new administration will be inaugurated on January 20th. My focus now turns to ensuring a smooth, orderly and seamless transition of power," Trump said in the video posted to Twitter, several hours after his account was reinstated following multiple terms of service violations.

Twitter had threatened to block him from the platform over posts he made in the wake of the violence. He had posted messages expressing empathy with his supporters, telling them "go home, we love you, you're very special."

On Thursday, he recalibrated. Describing the attempted coup as "a heinous attack" on the republic, Trump said he expected those involved to be prosecuted.

"The demonstrators who infiltrated the Capitol have defiled the seat of American democracy. To those who engaged in the acts of violence and destruction, you do not represent our country. And to those who broke the law, you will pay."

Trump's remarks came after intense pressure from political opponents and allies alike, who were dismayed by Wednesday's violence, which lead to five deaths, including a Capitol Police officer who succumbed on Thursday to injuries sustained in the assault. Some have called for his removal from office.

The rioters, spurred by Trump's repeated false claims that the election had been stolen from him, breached the Capitol, forcing lawmakers to temporarily abandon certifying President-elect Joe Biden's White House victory while party leadership was evacuated to safety.

Trump had fomented the violent uprising, telling his supporters earlier in the day that they should walk to the Capitol to protest the election results. Inside, some Republican lawmakers had said they would object to the results and promoted far-fetched ideas that the election outcome could be overturned.

Debates surrounding certifying Biden's win were delayed until the complex had been secured, but his victory was ultimately certified by vote in the early morning hours Thursday.

"We have just been through an intense election and emotions are high. But now tempers must be cooled and calm restored. We must get on with the business of America," Trump said in the Thursday address, without acknowledging or taking responsibility for the role he played in inciting the crowd.

"Let me be clear: The violence we saw yesterday at our nation's Capitol was appalling, reprehensible and antithetical to the American way. We condemn it — the president and this administration — in the strongest possible terms. It is unacceptable, and those that broke the law should be prosecuted to the fullest extent of the law," McEnany said.

Lawmakers and other officials say the violence stemmed from months of misinformation about the election, both from the White House and from the president himself.

An earlier version of this story incorrectly said the video came two weeks after the election rather than two months. In addition, a version of this story published at about 8 p.m. ET prematurely reported that five people, including a Capitol Police officer, died, based on information from a source. The death toll was four at that time. Later, U.S. Capitol Police announced that Officer Brian D. Sicknick had died at 9:30 p.m.