Accessibility links
Brian Sicknick: What We Know About Capitol Police Officer Who Died : Insurrection At The Capitol: Live Updates Brian Sicknick was a 42-year-old military veteran who had served in the U.S. Capitol Police for 12 years, according to a lawmaker, who said he "gave his life in the line of duty to keep us safe."

What We Know About The Capitol Police Officer Who Died

What We Know About The Capitol Police Officer Who Died 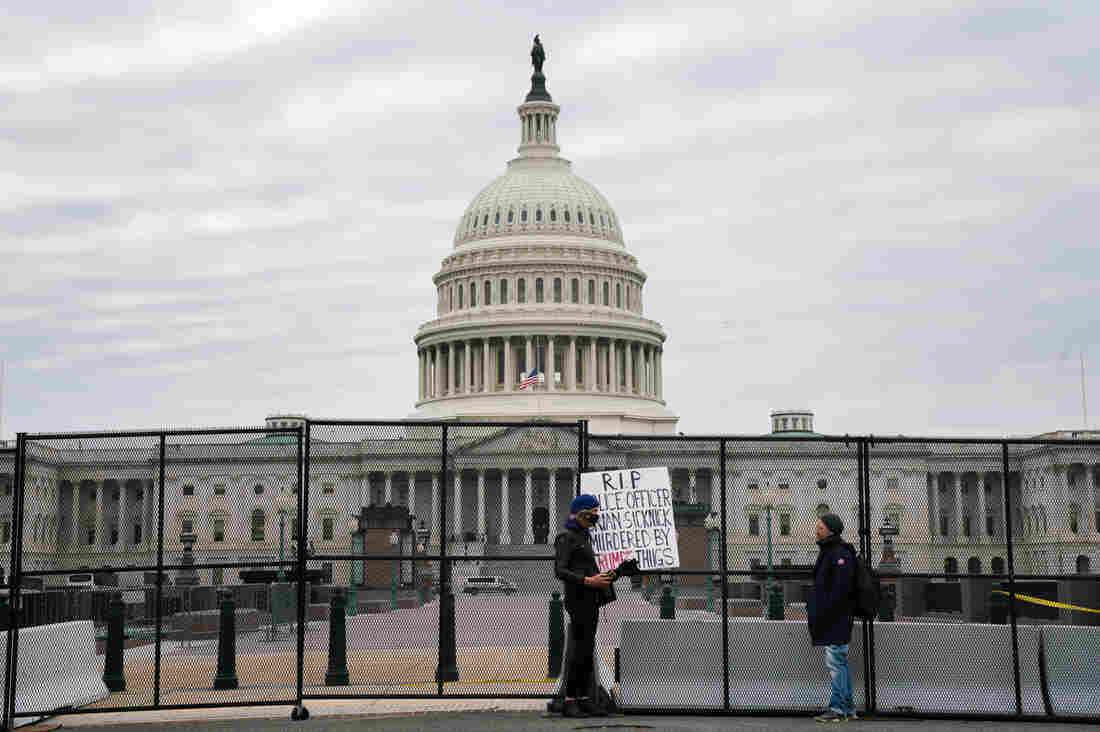 A person outside the U.S. Capitol holds a sign for U.S. Capitol Police officer Brian Sicknick who died from injuries he sustained during the siege on the Capitol by pro-Trump extremists. Claire Harbage/NPR hide caption 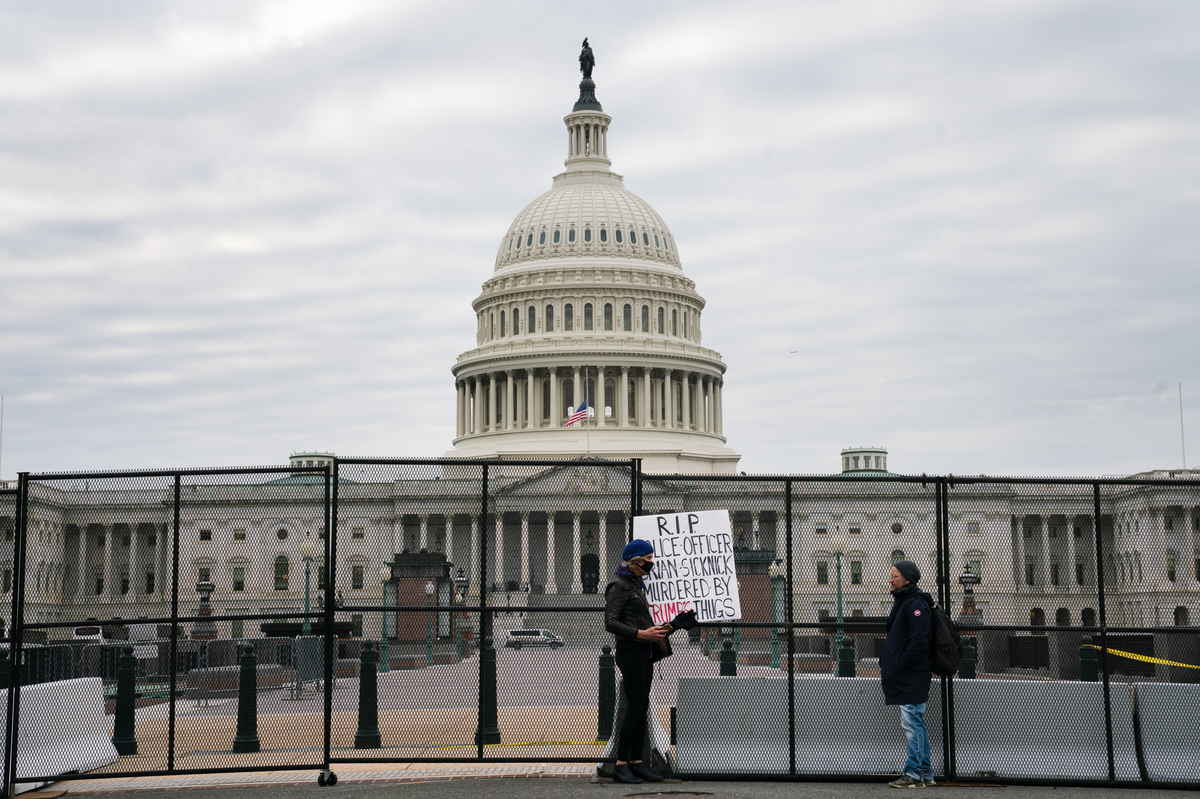 A person outside the U.S. Capitol holds a sign for U.S. Capitol Police officer Brian Sicknick who died from injuries he sustained during the siege on the Capitol by pro-Trump extremists. 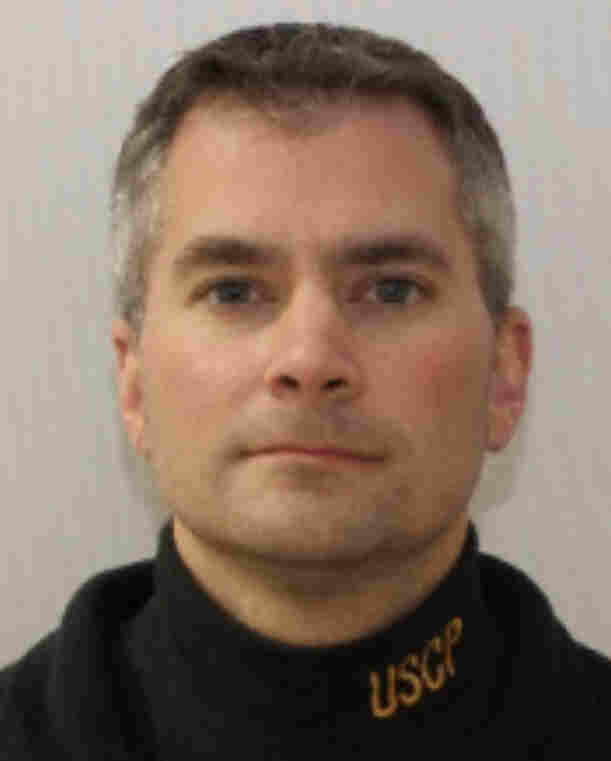 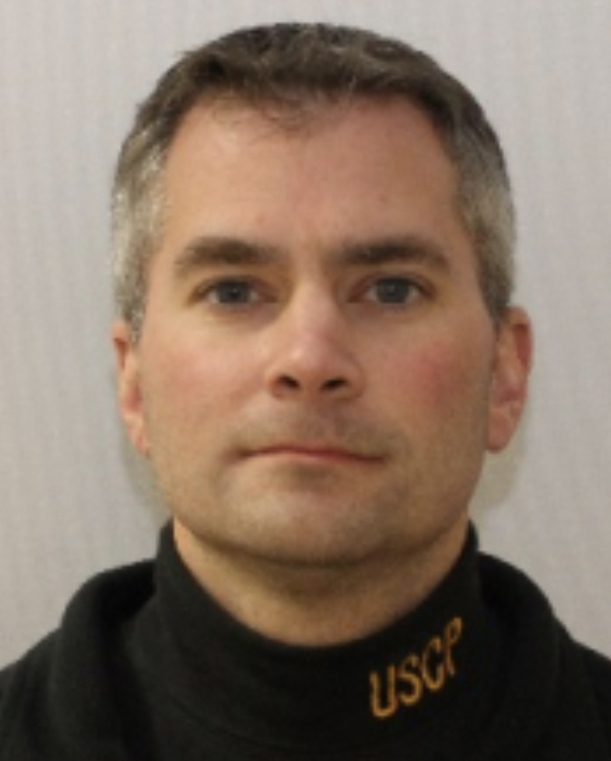 Officer Brian Sicknick, 42, died after sustaining injuries in the line of duty at the U.S. Capitol.

A U.S. Capitol Police officer who was injured during the siege on the Capitol by pro-Trump extremists has died, bringing the total number of fatalities from the chaos that gripped Washington on Wednesday to five.

Brian Sicknick was a 42-year-old military veteran who had served in the Capitol Police for 12 years, Rep. Don Beyer, D-Va., said in a statement, adding that Sicknick was one of his constituents.

He died around 9:30 p.m. ET Thursday "due to injuries sustained while on-duty," Capitol Police said in a statement.

"Officer Sicknick was responding to the riots on Wednesday, January 6, 2021, at the U.S. Capitol and was injured while physically engaging with protesters," the law enforcement agency said. "He returned to his division office and collapsed."

Officials said he was later transported to a local hospital but did not survive. His death is being investigated by both Capitol Police and the Washington, D.C., Metropolitan Police Department's Homicide Branch, according to a statement.

The U.S. Justice Department is opening a federal murder investigation into Sicknick's death, a source familiar with the matter told NPR's Carrie Johnson.

At the announcement of the proposed members of his economic and jobs team Friday, President-elect Joe Biden called for those responsible for Sicknick's death to be held accountable, and he also offered condolences.

"Let me begin by expressing my deep sympathy for the family of Capitol Officer Sicknick who died in the line of duty," Biden said. "Our sympathies and our concerns go out to his family."

Earlier on Friday, House Speaker Nancy Pelosi ordered flags at the U.S. Capitol to be flown at half-staff.

"The sacrifice of Officer Sicknick reminds us of our obligation to those we serve: to protect our country from all threats foreign and domestic," Pelosi said.

Beyer said Sicknick "gave his life in the line of duty to keep us safe." 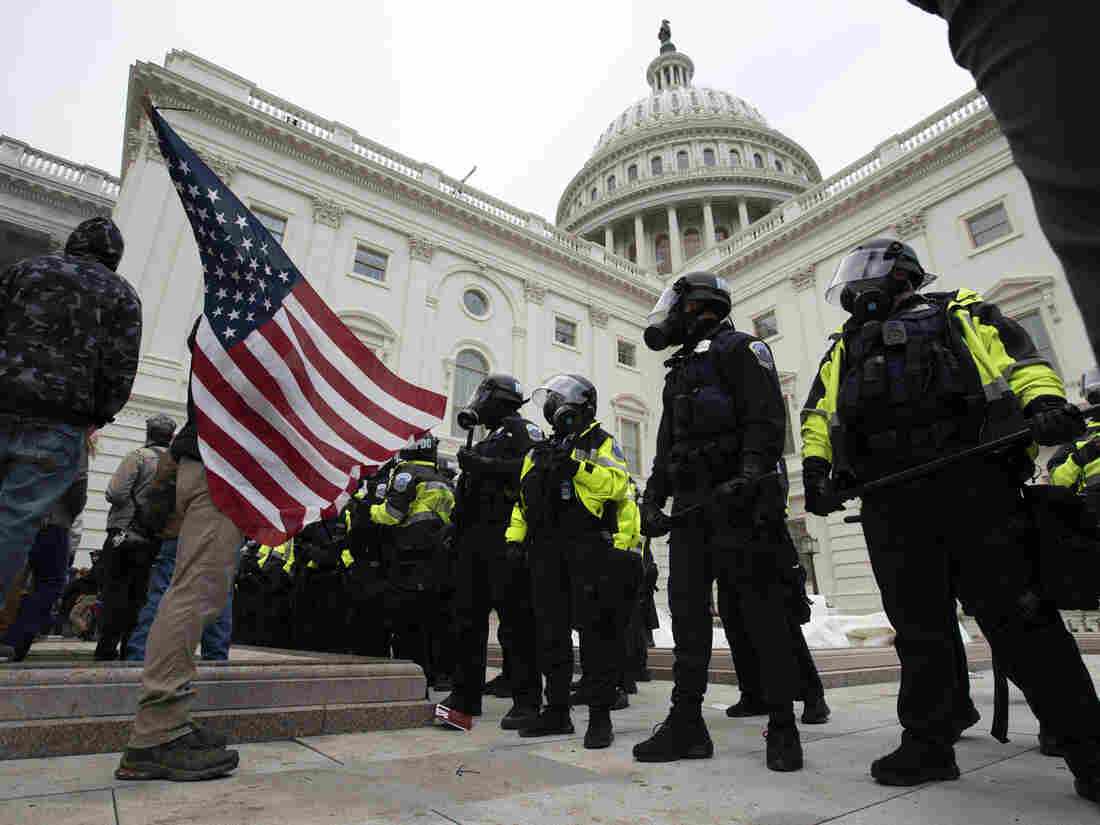 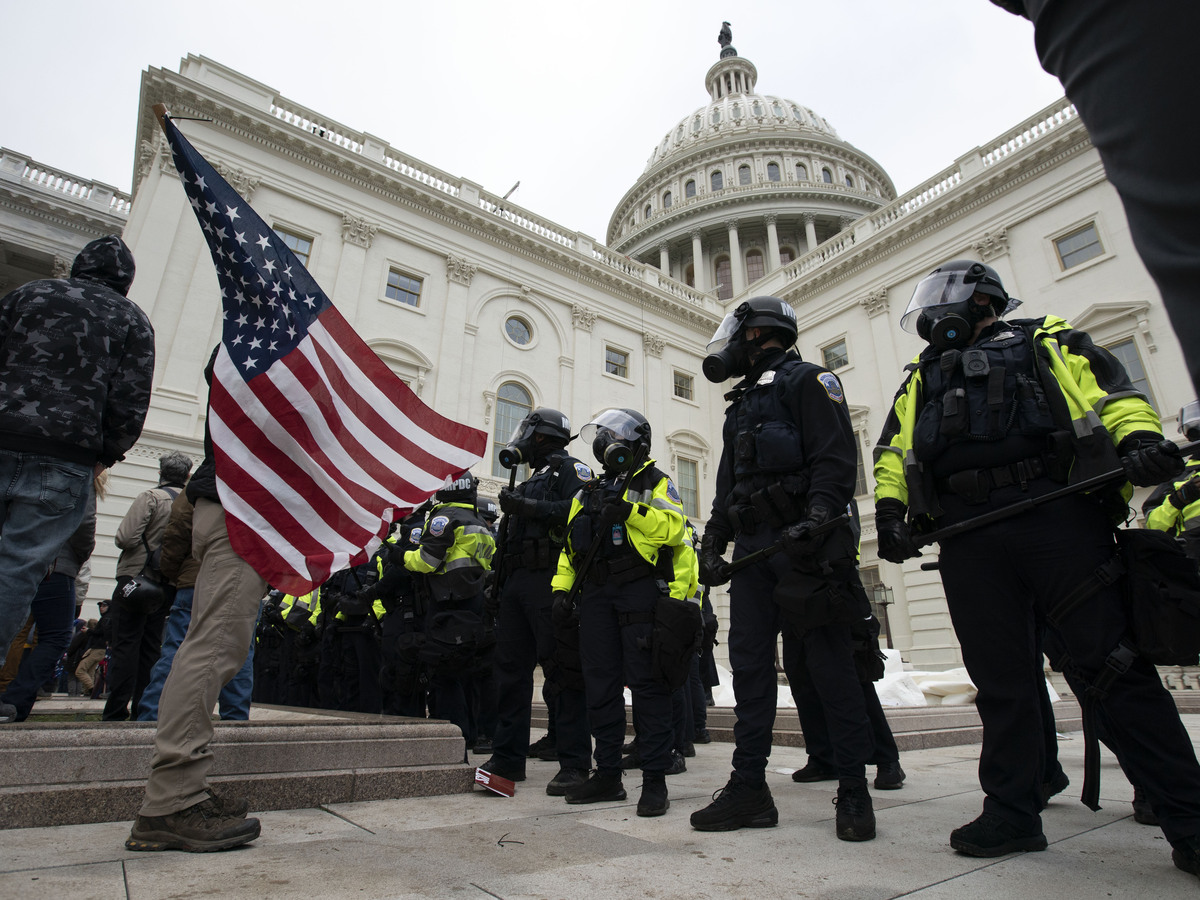 Police officers push back demonstrators trying to break into the U.S. Capitol on Wednesday.

"His murder multiplies the pain of this dark moment for our nation, and those who brought about this awful crime must be prosecuted and brought to justice," Beyer added. "He made the ultimate sacrifice while protecting those trapped in the Capitol amid a violent assault on our democracy itself."

Beyer called for Sicknick to lie in honor at the U.S. Capitol, "like others before him who died in defense of the people's representatives."

New Jersey Gov. Phil Murphy issued a statement Friday saying that "Sicknick embodied the selfless spirit of his native state" of New Jersey. He added that the officer gave his life protecting the U.S. Capitol, and the nation's democracy.

"Officer Sicknick was a product of South River [N.J.] and a graduate of Middlesex County Vocational and Technical Schools. Before joining Capitol Police, he was Staff Sergeant Sicknick with New Jersey Air National Guard," Murphy said.

"He was a Fire Team Member and Leader with 108th Security Force Squadron, 108th Wing, at Joint Base McGuire-Dix-Lakehurst, and his six years of service included overseas deployments in support of Operation Southern Watch and Operation Enduring Freedom," the governor added.

It is my fervent hope that the rioters whose actions directly contributed to his death are quickly brought to justice. pic.twitter.com/LWnxOEhjJw

Sicknick was most recently assigned to the Capitol Police First Responder's Unit. He is only the fifth member of the force to die in the line of duty, according to Capitol Police.

The circumstances that led to Sicknick's death remained unclear as of Friday.

Pro-Trump insurrectionists overwhelmed law enforcement as they stormed the Capitol in an attempt to stop the counting of electoral votes to confirm President-elect Joe Biden's victory. Senior officials in charge of Capitol security have resigned, and lawmakers and other officials are vowing to investigate the breach.

One of the people who took part in the insurrection was Ashli Babbitt, 35, who was shot and killed by a Capitol Police officer Wednesday. She was an Air Force veteran from the San Diego area.

Three other people also died as a result of Wednesday's mayhem, according to acting D.C. Police Chief Robert Contee. He said the three each died from unspecified "medical emergencies."